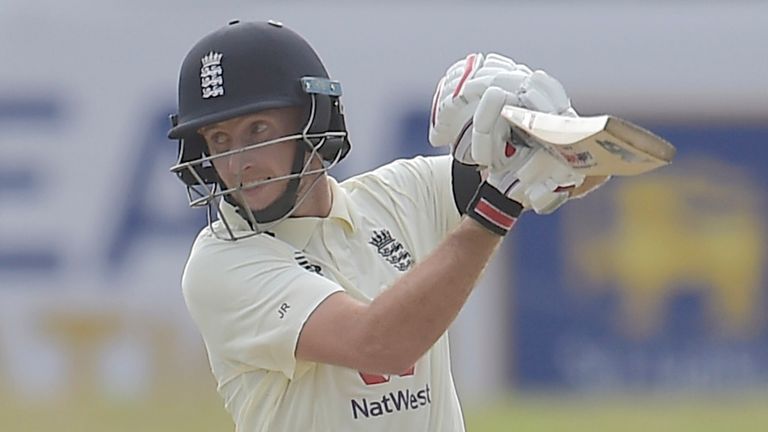 Joe Root moved one run shy of a first Test ton since November 2019 as England moved past Sri Lanka’s total on day two of the series opener in Galle.

Root (99no) and debutant Dan Lawrence (40no) were the unbeaten batsmen at the interval after a rain-delayed morning session, having added an unbroken 75 for the fourth-wicket – Lawrence sealing the fifty partnership with a six over the leg-side.

Jonny Bairstow (47) was the only casualty, failing to add to his overnight score as he edged a sharply-turning ball from Lasith Embuldeniya to Kusal Mendis at gully once play resumed over an hour late after rain. 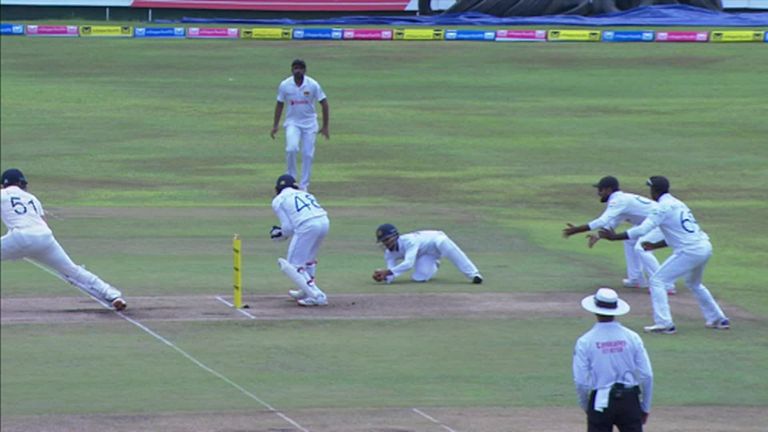 England headed for lunch on 206-3, 71 runs ahead of Sri Lanka’s self-inflicted 135 all out on day one, with Lawrence, England’s 697th Test cricketer, impressing.

From Chingford to Galle.

The 23-year-old scampered a single off his first ball and soon drove his first boundary through the covers before adding four further fours and that eye-catching six as he punished any error in line of length from Sri Lanka’s bowlers.

Root, who resumed on 66 not out, continued to look composed and is now eying three figures for the first time in Test cricket since he amassed 226 against New Zealand in Hamilton over a year ago.

The 30-year-old swept away three runs in the final over before lunch to move onto 99 but could not get back on strike.

Sri Lanka reviewed for the England captain lbw from the second ball of the day but the decision remained with the umpire’s call of not out due to impact.