Home » Sport » Jason Roy: We are determined to level Ashes series and I know where I need to improve in Test cricket 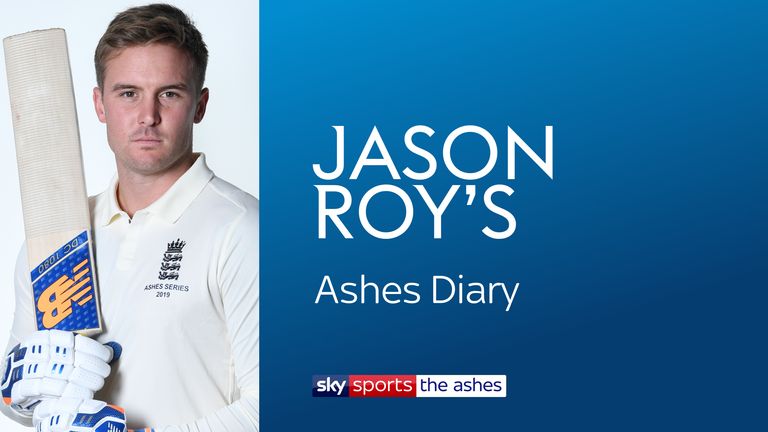 In his latest Sky Sports column, Jason Roy discusses England’s Ashes disappointment, striving to improve and the team’s determination to level the series at The Oval…

I’m gutted, to be honest. I went to bed the night before day five in Manchester knowing that I had a lot to prove and wanting to do just that. I batted for an hour and a half, was feeling good and starting to think we would draw the Test so it was incredibly disappointing to get out.

Then for us to hold on as long as we did was incredible. We have lost the chance to regain the Ashes but we showed so much fight on the last day at Old Trafford and we still have a chance to draw the series. If Australia leave having drawn the series, rather than won it, that would be a plus for us given the position we’re in now.

We spoke after the game and there was a lot of emotion, people were very down, we’ve worked so hard all summer and so to be in this situation, of course we’re down. The initial response was that we have to turn it around at The Oval and make sure they only leave with a draw, that is all that is on our minds, it is certainly what is on my mind. We want to draw the series. If we can do that, against a good Australia side, on the back of winning the World Cup, it might not be exactly what we wanted but it is still a pretty good summer.

Batting in the middle-order I had more of an understanding of how I had to go about my innings. Opening I didn’t quite know the right mindset to have, I’d not done it before in red-ball cricket.

At No 4 I could be a bit more open-minded and just play, even though in the second innings the plan was to bat all day and the amount of runs scored wasn’t important, it was just balls faced. Even then, I was still in in the first over.

I’m the first to criticise myself and I know that I’ve got a lot of work to do. It’s an optional training session today but I’m going in because I know what I need to do to improve as a Test cricketer and I have to work on those things. 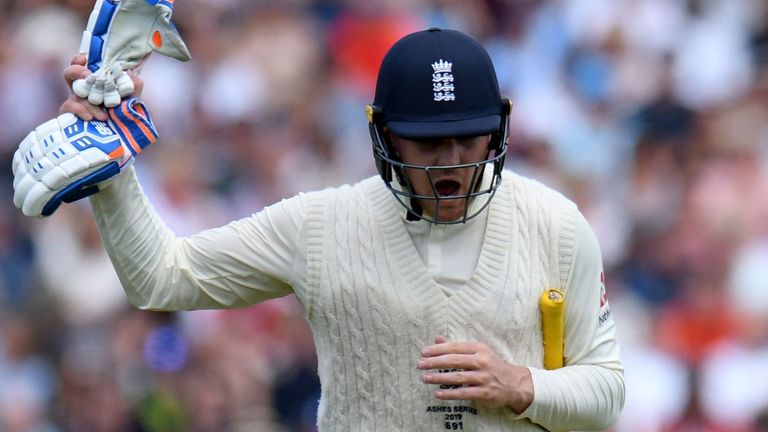 It doesn’t matter whether you’re opening the batting or batting lower down the order, you have to be a lot tighter.

I still think I got out to good balls at Old Trafford, especially the one I got in second innings from Pat Cummins. There has been a lot of talk about my bat being a long way away from my pad but if the ball hadn’t have seamed as much as it did it probably would have hit my bat so it is irrelevant where my front foot is.

I’m just getting my head around exactly what I need to work on, not being too hard on myself while also being honest with myself. I’ve got a great relationship with Graham Thorpe as a coach, and off the field as a friend.

In a series like the Ashes you’re playing under the highest pressure you’ll probably ever play under in the Test arena. In Manchester, it was the third time I’ve had to go in at the end of the day and face seven or so overs.

I’m proud of how I’ve dealt with that situation and now it is a case of getting some big runs on the board. I can clearly handle that environment and that pressure, but I’ve got to put some big scores on the board because without that it counts for nothing.

No one is shying away from the fact that the Australian team are incredible, players like Steve Smith and Cummins are at the top of the rankings for a reason. People might say ‘Jason Roy is useless’ but what about the bowlers I am facing? I don’t want to get too downhearted because I know that the bowlers we’re facing at the moment are as good as any you’ll face in Test cricket.

But if you’re a batsman for England, mediocre is not good enough, you have to be the best you can be, the best around, that is what we all want. That is why we have been so successful as a one-day unit because everyone wants to better themselves and be the best in the world, no one wants to settle and be happy with just an OK series.

Rory Burns has been a great example of that in the Test side. He has worked extremely hard and he has stayed level for the whole time throughout his Test career so far, nothing seems to faze him. For him to come into a series like this and play as well as he has, when a few of us aren’t doing as well as we should be doing, is very pleasing to see, especially as he is someone I have known for so many years. Rory will want to go big in this final game and really prove a point. He deserves it and I know he’ll be working hard for that.