JAKE PAUL admitted his fight with Tyron Woodley is 'make-or-break' for his boxing career as he said: 'I don't want to pad my record'.

The YouTube star faces Woodley on Sunday, August 29 in his fourth and biggest bout to date. 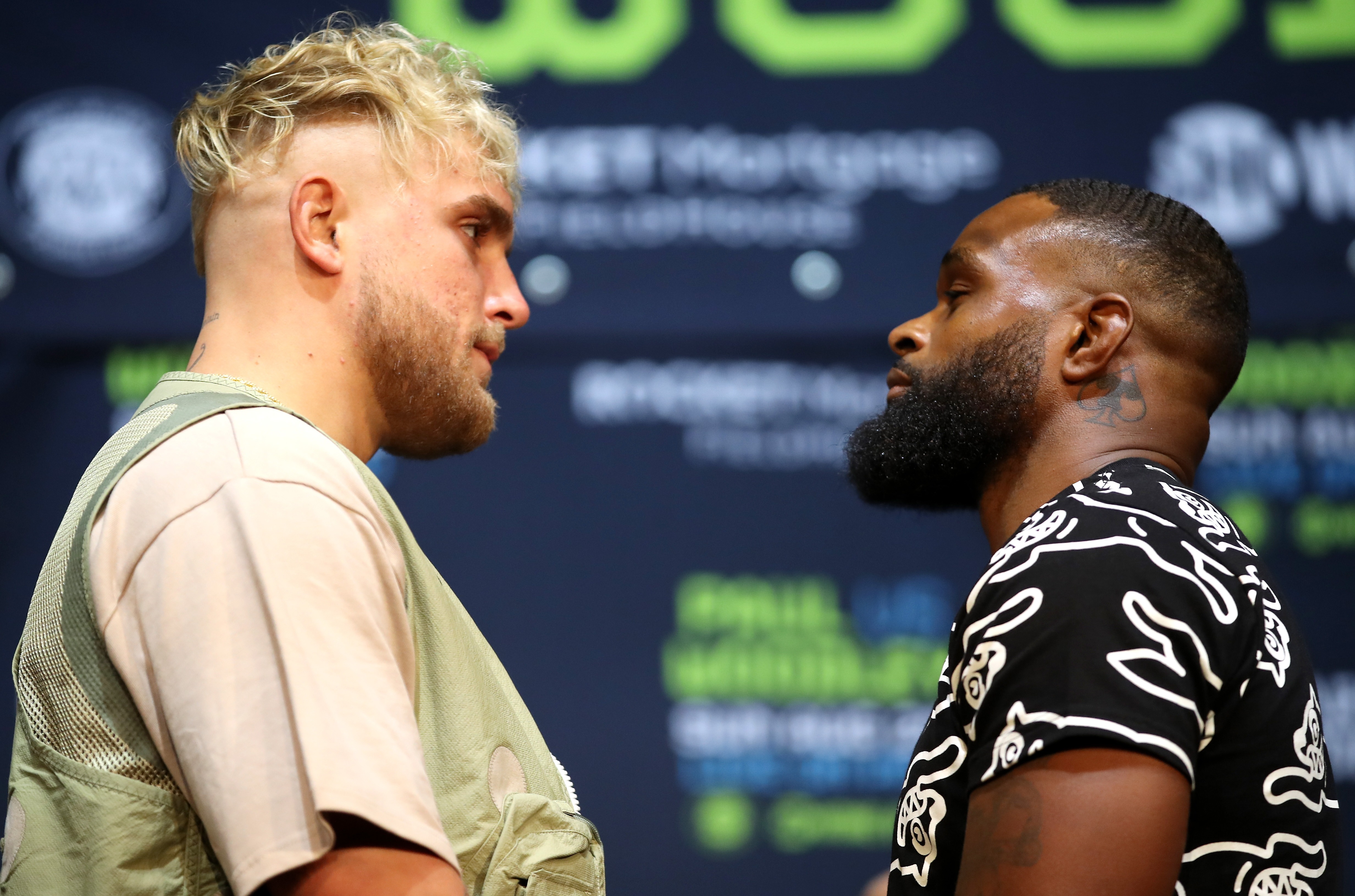 He is so far 3-0 in his career, all by knockout but has yet to face a real step up in competition.

But that will change next month in his hometown of Cleveland when he welcomes ex-UFC champion Woodley, 39, into the boxing ring.

Paul, 24, told DAZN: "For sure, this is my make-or-break fight. This is my hardest challenge.

"Tyron Woodley has been boxing way longer than I have. He's been knocking people out while I was in high school in science class.

"This is definitely a tough challenge, and it's the perfect narrative."

"It's high risk, right? My team and I know that going into this, that this guy is dangerous. He's not light work. He's not someone to just mess around with.

"So Tyron Woodley is the perfect man, and that's why August 29, it's going to be entertaining as hell."

But Woodley, who reigned as the UFC's welterweight king from 2016-2018, will provide a whole new test.

The American did, however, leave the UFC this year after four straight losses and without a win in three years.