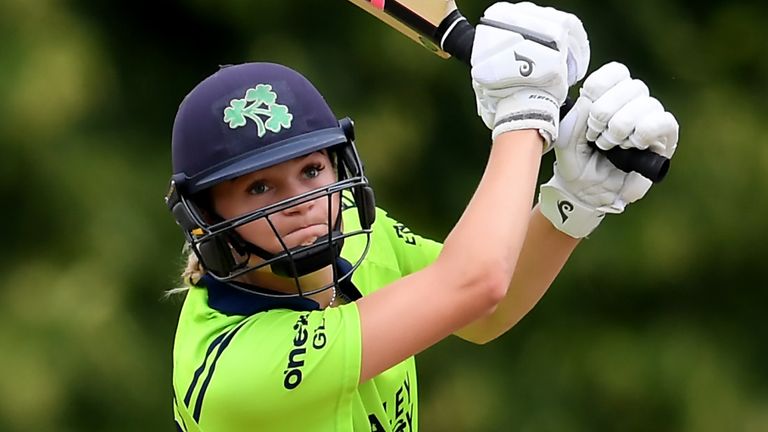 Opener Gaby Lewis plundered 49 off just 40 balls as Ireland Women cruised to a six-wicket win over Scotland Women and a 3-1 series triumph, at Stormont.

Lewis struck eight fours and put on 77 for the third wicket with skipper Laura Delany (27) as the hosts reached their victory target of 100 with 37 balls in the bank.

Delany’s departure was the first of three wickets to fall for one run – Lewis and Orla Prendergast quickly following – but by then Ireland needed only 16 to win and Shauna Kavanagh (13no) saw them across the line.

Skipper Kathryn Bryce was the pick of Scotland’s attack with 2-23 but she – like her fellow bowlers – could not drag the game back after another below-par display from her team-mates with the bat.

The visitors were quickly in trouble at 18-2 after choosing to bat and a three-figure tally seemed out of reach despite 22 from Bryce with the board reading 57-7 off 12.4 as Leah Paul 3-12 wreaked havoc.

Ireland’s momentum was arrested by an unbroken eighth-wicket stand of 42 between Megan McColl (30no off 29) and Samantha Haggo (8no) which took Scotland up to 100 but no further.