One of Hollywood’s most-powerful talent agencies has acquired one of soccer’s biggest player representation agencies.

Los Angeles-based International Creative Management Partners, whose clients include the actors Samuel L. Jackson and Ellen DeGeneres, said Thursday it had purchased the London-based Stellar Group, representatives of Gareth Bale, once the world’s most-expensive player, as part of plans to diversify into sports.

Terms of the agreement were not disclosed. But three years ago, in a prospectus obtained by The New York Times, Bale’s agent, Jonathan Barnett, had set a floor for offers for his agency at 100 million pounds (currently about $129 million).

I.C.M.’s move into soccer follows a similar entry by one of its biggest rivals, Creative Artists Agency, which last year acquired Base Soccer Agency. Base competes with Stellar Group for players, commissions and supremacy in the $7 billion global marketplace for soccer talent.

The deal also comes at a time when FIFA, soccer’s global governing body, is moving to implement tighter regulations on player representatives. FIFA, top clubs and others have expressed growing concern about the power some agents wield in the industry, where player transfers are frequently worth tens of millions of dollars, and where some intermediaries command commissions of as high as 25 percent.

FIFA’s proposed reforms, which include a cap on agent commissions and restrictions that would prevent them from representing multiple parties in the same deal, have been delayed until early next year. But they could be in place before European soccer’s next player trading window opens in January. FIFA has collected data showing more than $650 million was spent on agent fees in 2019, an increase of almost 20 percent on the previous year.

Barnett, Bale’s representative and one of Stellar’s founders, has been at the forefront of a group of agents who have tried to force FIFA to back down on the new rules, including by threatening the organization with litigation. So far, FIFA has shown little sign of backing down.

“We will make it work,” Chris Silbermann, the chief executive of I.C.M., said in a telephone interview. “First of all, in talking to people, I don’t think it would happen so quickly. I think it’s complicated to get to that place where they just slap something down.”

Soccer agents also have drawn the attention of authorities beyond FIFA, with a spate of criminal investigations into money laundering and tax evasion across Europe in recent years. Stellar has, so far, avoided any such scrutiny.

Silbermann said he had thought about the risks of getting involved in soccer “for a long time” before deciding that I.C.M. had found, in Stellar’s founders Barnett and David Manasseh, partners it could trust.

Stellar’s founders had considered simply selling their company and cashing out, but I.C.M. views them as assets who can help build out the company’s sports interests. Barnett appeared to confirm he would stay on, calling I.C.M. an “ideal partner” on Thursday in a statement confirming the sale.

Barnett and Manasseh started Stellar in 1992, the year that coincided with the birth of the Premier League, which has since grown to become a financial behemoth that generates far more revenue than any other domestic soccer league in the world. Billions of dollars in television rights deals have flooded into the league, attracting some of the world’s best players, and Stellar has capitalized on that growth by generating millions of dollars annually in commissions from player trades and contract renewals.

In 2013, Barnett secured a $130 million dollar transfer from Tottenham Hotspur to Real Madrid for Bale, then a world record fee. In September, he helped mastermind Bale’s temporary move back to Spurs. Even though Bale had fallen out of favor in Spain, he remains one of the world’s best paid athletes. 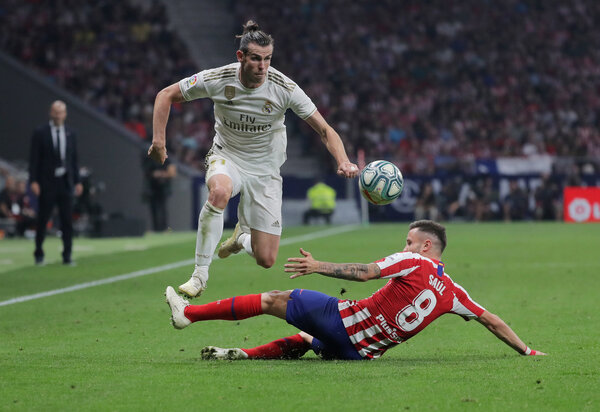 I.C.M., Silbermann said, is planning to use Stellar as base for a planned move into player representation roles in sports in the United States, including football, basketball, tennis and golf. Stellar already has some experience beyond soccer, representing athletes in rugby and cricket, and several years ago it expanded into the United States, where its clients include New Orleans Saints quarterback Jameis Winston.

Silbermann said his company was hoping to leverage soccer stars’ profiles to open new revenue streams for them, exposing them to the kind of deals it already arranges for the agency’s Hollywood clients.

“That area specifically around footballers is underdeveloped, and they want to do more with their social media profiles, with their celebrity,” he said. “We can really help there. We are really interested in that.”