Home » Sport » How Chelsea could line up next season with Aurelien Tchouameni, Lucas Digne and Conor Gallagher all in starting XI

CHELSEA’S starting XI could boast a number of new faces next term if Thomas Tuchel lands his top transfer targets.

The defending European champions are scouring the market for world-class additions to their already star-studded squad. 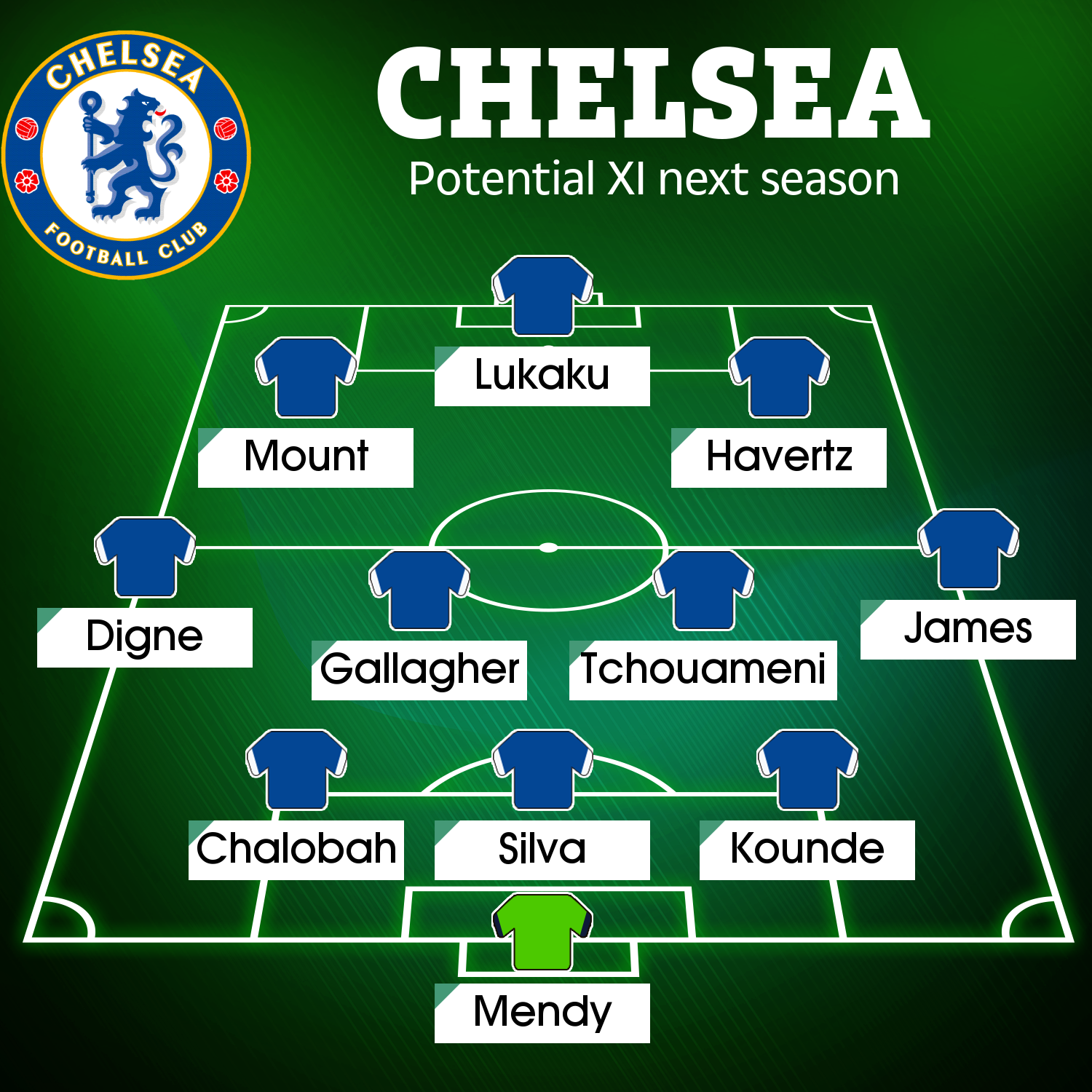 And there could also be room for another ‘La Cobham’ graduate when the Blues take to the pitch for the start of the 2022/23 campaign.

Should Tuchel stick with his 3-4-3 system, there is no doubt Edouard Mendy will continue as Chelsea’s No1 goalkeeper following another impressive campaign.

But the first of the new additions could feature in defence, with Jules Kounde hoping to finally complete his protracted move from Sevilla.

Chelsea pulled out of talks last summer when the Spaniards upped their asking price on deadline day.

And therefore a transfer for Kounde could be set to finally go through, with the Frenchman joining Trevoh Chalobah and Thiago Silva – who has extended his stay for another year – in the back three.

At wing-back, Reece James has emerged as one of the world’s finest on the right and will retain his spot.

But the left flank may end up going to Lucas Digne, who could even make his Stamford Bridge move as soon as this month.

Ben Chilwell is out for the rest of the season, while Marcos Alonso has struggled to impress in the role.

Emerson Palmieri has no recall clause in his Lyon loan either, meaning Chelsea could be forced to swoop for Digne immediately following his fallout with Everton boss Rafa Benitez.

And with an extended run in the side for the next six months, Digne could nail down his spot ahead of Chilwell for the start of the 22/23 campaign.

But midfield is where it gets really exciting for Chelsea fans, with Conor Gallagher set to be integrated after a standout loan at Crystal Palace.

The newly-capped England star’s form has been so good that even Paris Saint-Germain are plotting a £50million swoop – as exclusively revealed by SunSport.

But Tuchel is a huge fan and wants Gallagher in his Chelsea squad following recent injury blows to N’Golo Kante, Jorginho and Mateo Kovacic.

The Blues are also reportedly set to go for ANOTHER midfielder to boost their trophy chances, with Monaco ace Aurelien Tchoumeni at the top of Tuchel’s shopping list.

And if deployed alongside Gallagher, Chelsea would have a brilliant new central partnership for the next decade.

That would leave Mason Mount and Kai Havertz to continue supporting Romelu Lukaku in an exciting attacking triumvirate.

And with this season’s Premier League title already looking lost to Manchester City, next summer’s fresh faces could finally propel Chelsea to their first crown since 2017.