The shocking incident occurred after the first leg of the first division relegation play-off on Sunday night. 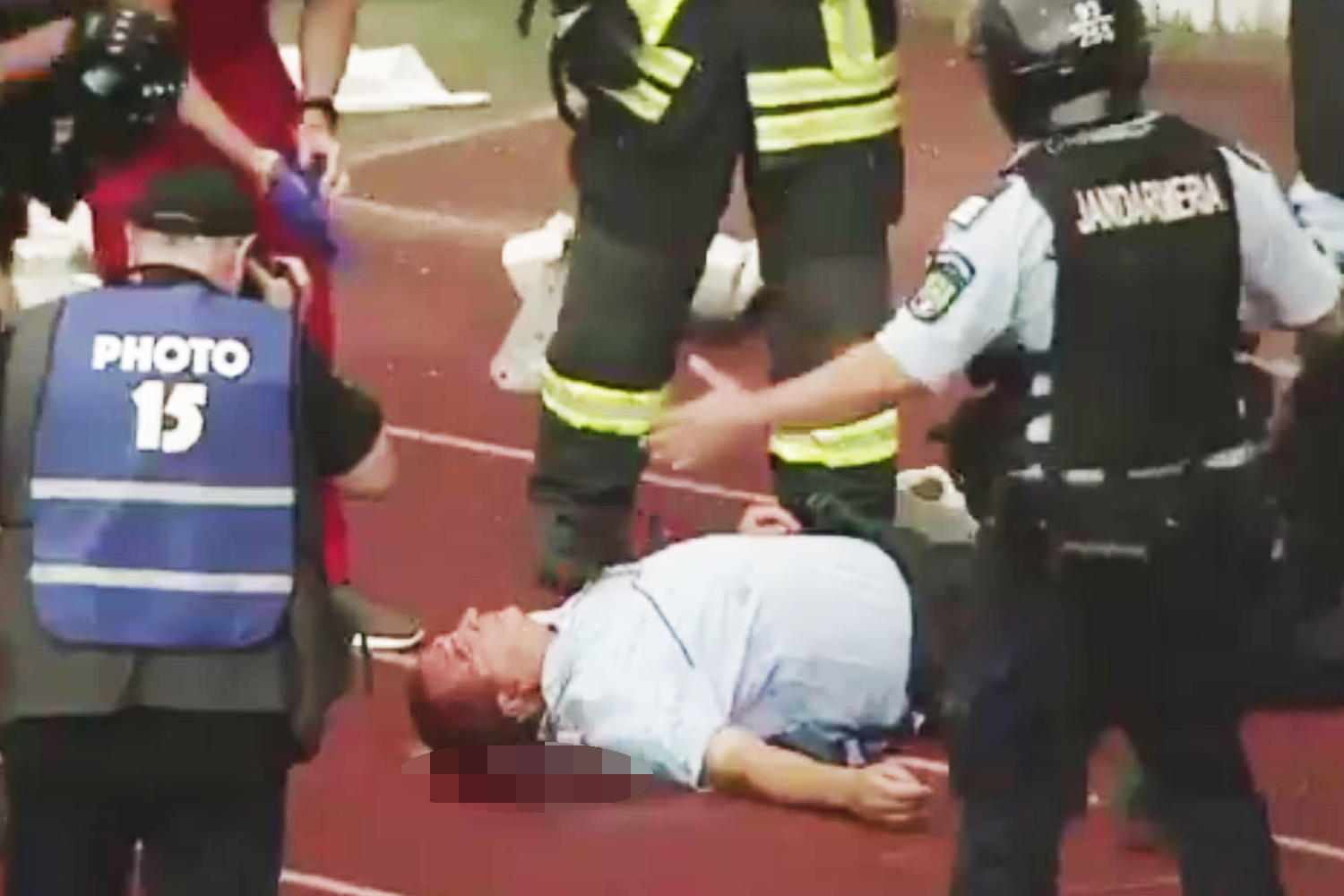 Goals from Petrisor Petrescu and Juvhel Tsoumou gave Hermannstadt the advantage as they secured a 2-0 victory at the home of their rivals.

Over 25,000 fans watched on in shock as two quick-fire goals in the 79th and 80th-minute severely dented their hopes of top-flight football next season.

And the result proved too much for a section of the locals.

A large number of the home supporters made their way down towards the bottom of the stand after the full-time whistle to express their fury.

Objects and debris were flung down towards the pitch as riot police rushed over to try and stop the angry mob.

But unfortunately for one cop he was struck on the head by a missile, believed to be a stone.

The officer immediately slumped to the ground unconscious as blood began pouring from his head.

Colleagues quickly rushed to aid of the stricken victim as the worrying scene was caught on camera.

But fears mounted as the cop stayed prone on the ground as the pool of blood grew bigger.

The policeman was taken to the hospital by ambulance.

Fortunately, reports in Romania today have confirmed he is in a stable condition. 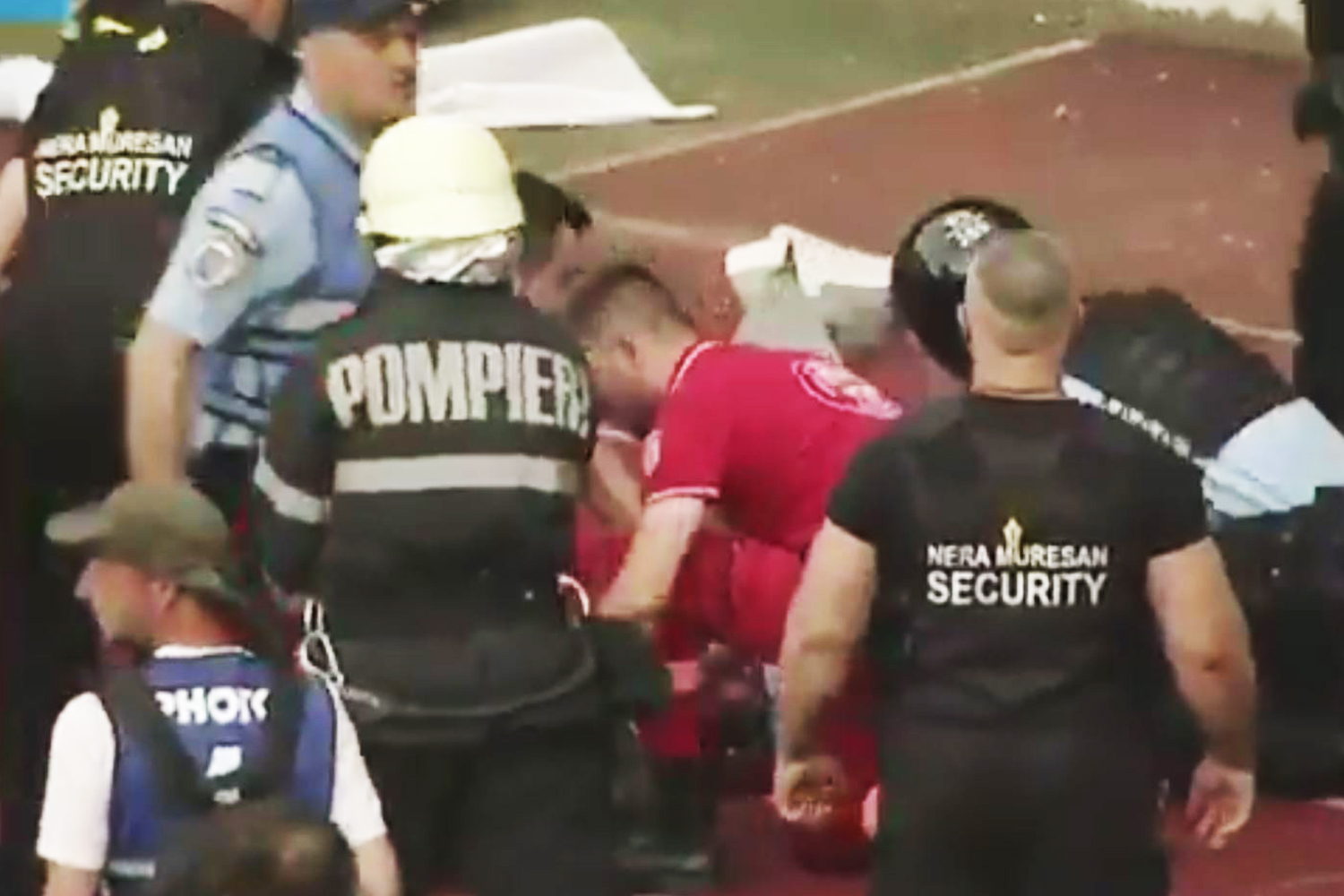