THIS is the gruesome moment New York Mets star Kevin Pillar was smashed in the face with a 94mph fastball.

The batter crumpled to the floor in a heap after the stomach turning pitch and was rushed to hospital with blood pouring from his face. 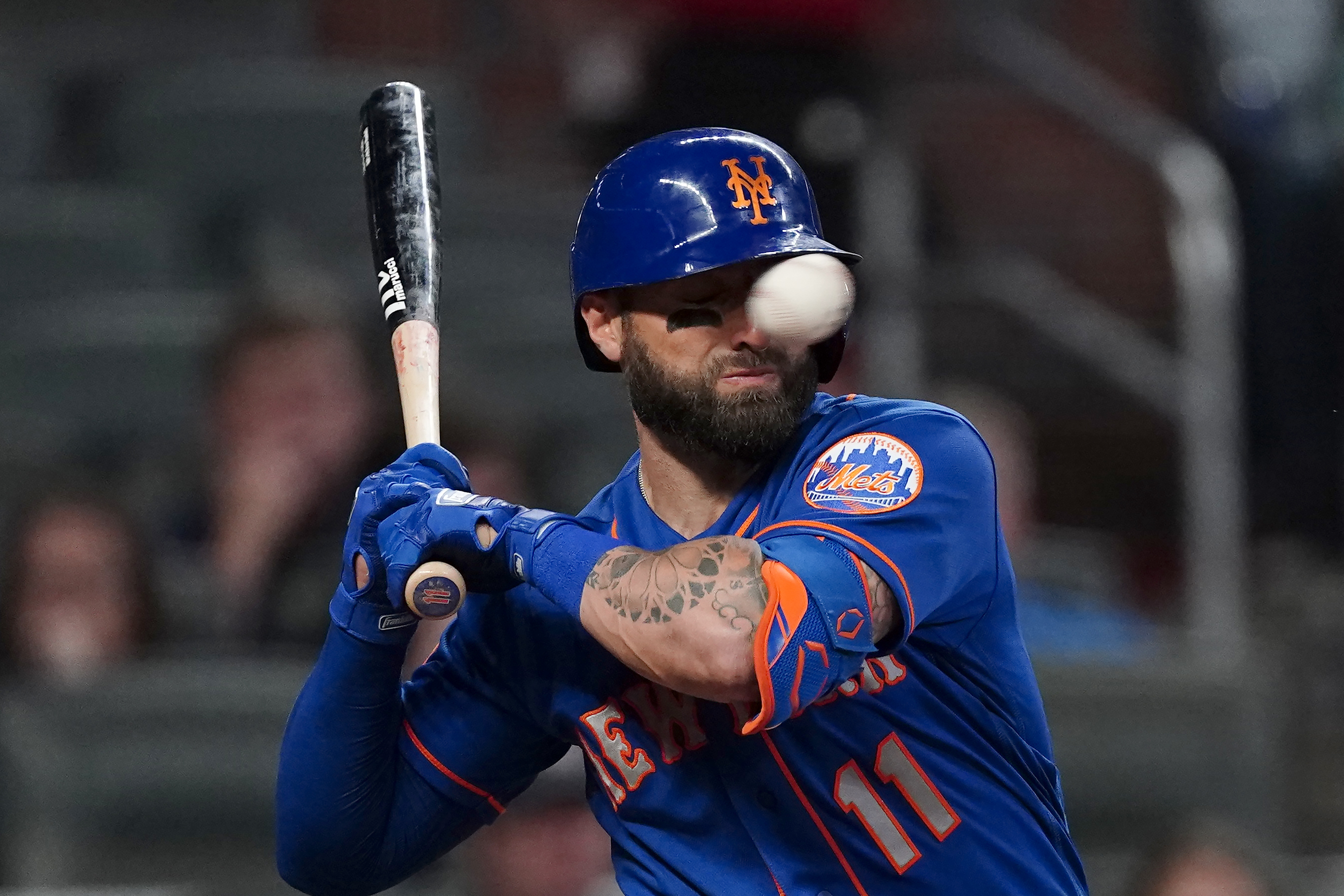 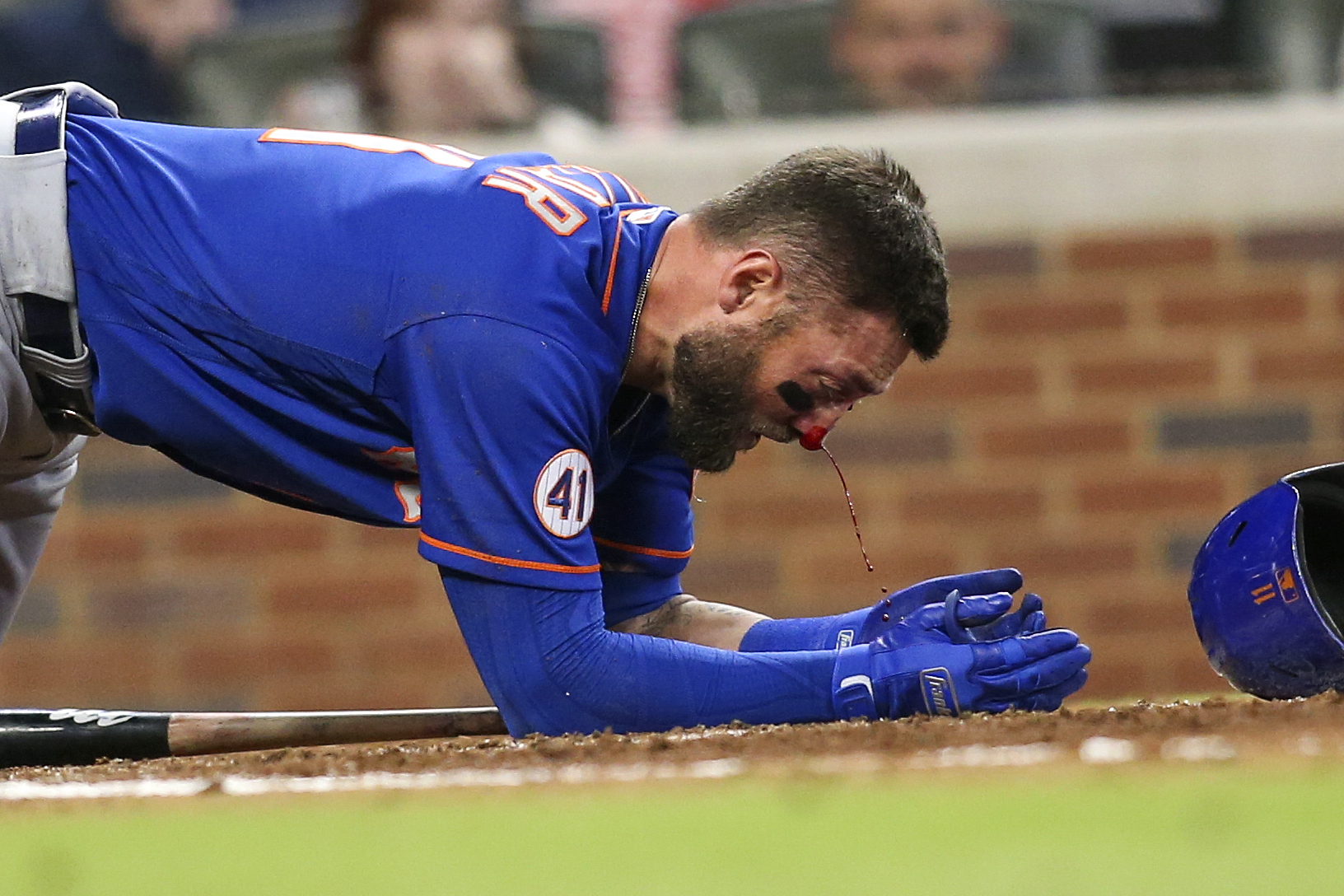 Mets were leading 1-0 at the Atlanta Braves when Pillar stepped up to bat.

Jacob Webb was pitching for the home side but it all went horribly wrong as he launched the 94mph zinger.

Rather than firing through the strike zone to the catcher as would have been Webb's aim, the ball took a violent swerve in midair.

The right-handed pitch curved up and right towards Pillar's face and such was the speed of the vicious delivery, the American had no time to react.

It connected with the centre of his face and cannoned back off the bridge of his nose.

Unsurprisingly the 32-year-old collapsed to the floor as the crowd, players and commentary teams gasped in shock.

His fellow players looked severely shaken up as blood poured from his nose and onto the field.

Pillar's team-mates and Mets staff rushed to his aid and the stricken star eventually made his way off the field unassisted.

Match officials were forced to treat the field after the incident to clean up the blood.

And Webb was so shaken up he was removed from the game by Braves staff.

Coaches Kevin Seitzer and Rick Krantitz were seen comforting the pitcher for around 30 minutes as the game went on as he was visibly upset by the injury.

Although the blow made for nasty viewing, from a purely sporting stand point the incident was a good thing for the Mets.

Any time the pitcher hits the batter in baseball, the batter moves to first base.

And the Mets had the bases loaded at the time which meant James McCann got home from third base for a run to make it 2-0.

Fortunately, Pillar took to Twitter after the match finished 3-1 to the Mets and reassured his fans and well-wishers.

He wrote: "Thanks to everyone that has reached out! Scary moment but I’m doing fine! #RBI #gamewinner."