First the shot-stopper almost spilled a cross into his own net when he should have caught the ball easily. 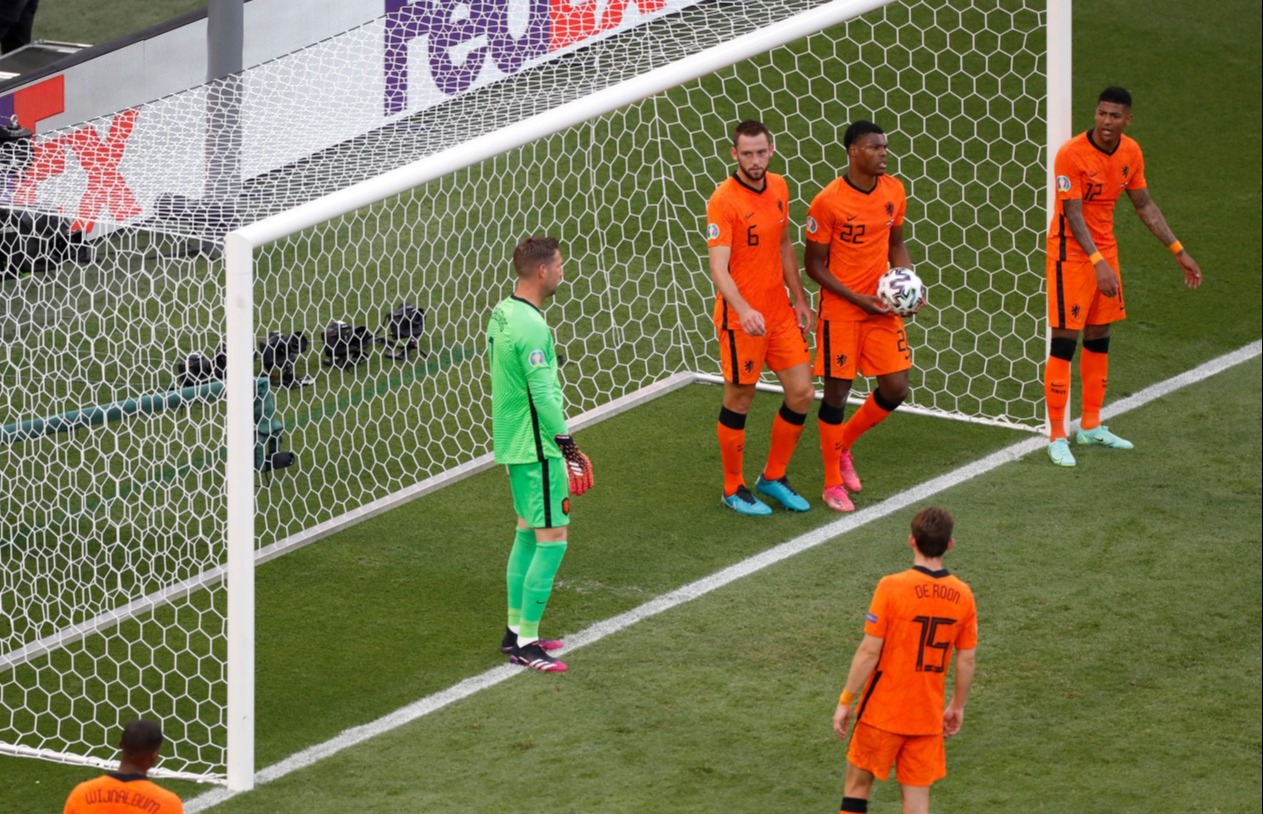 And from the resulting corner the Czechs grabbed the all important opening goal to sink 10-man Holland.

He was caught in no man's land from the set-piece, with Tomas Kalas' back post header turned in by Tomas Holes.

Good work from Holes again presented Patrik Schik with a great chance, and he scored his third goal of the tournament by rolling the ball into the bottom corner.

But it was the first Czech goal which killed off Holland, as it came not long after Matthijs De Ligt was sent off.

The centre-back initially received a yellow card for handball but referee Sergei Karasev consulted the VAR screen and changed his punishment to a red as De Ligt had denied a goalscoring opportunity.