GOLF icon Gary Player is mourning the death of his wife Vivienne after 64 years of marriage.

Vivienne has sadly passed away following a battle with pancreatic cancer. 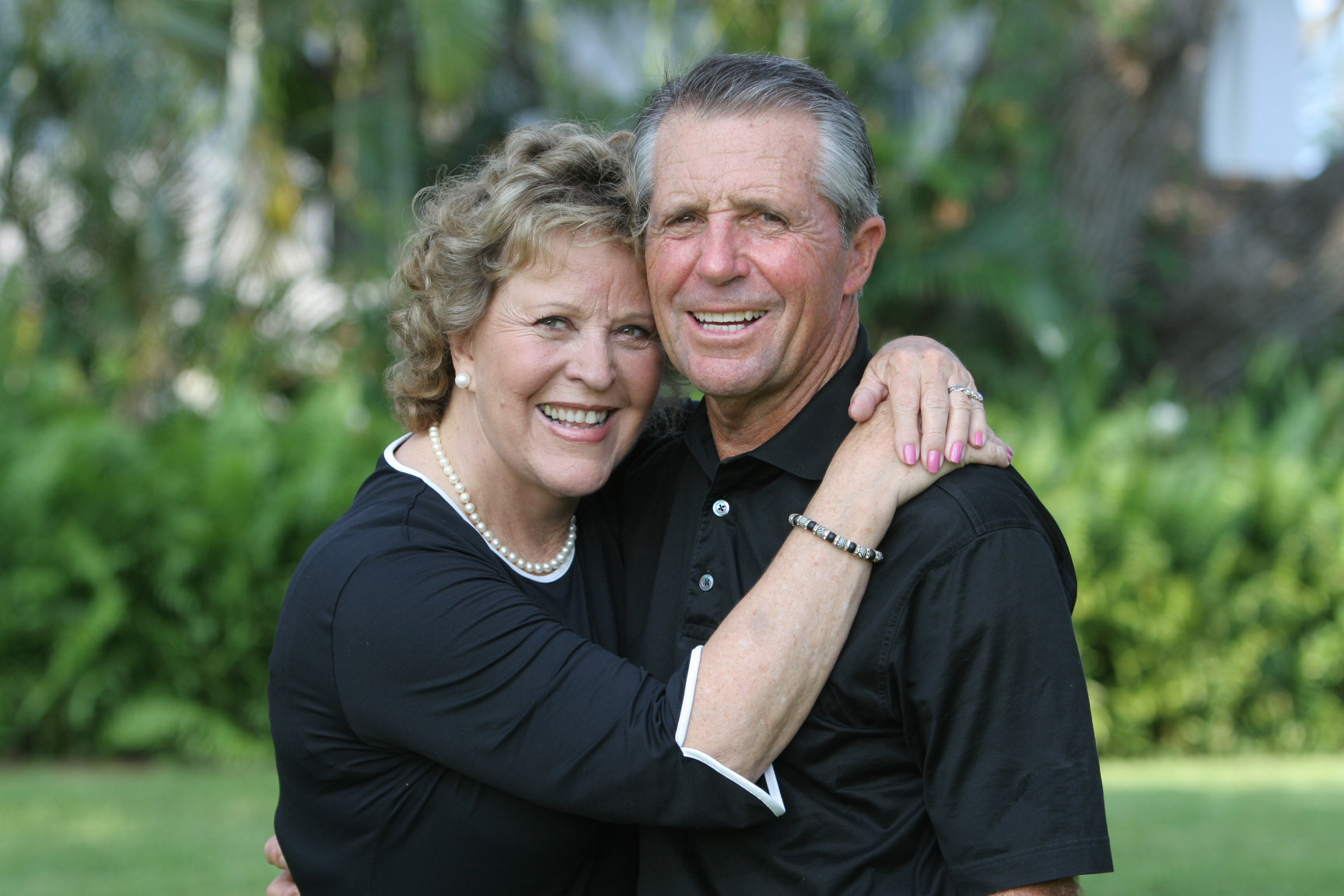 Player announced the news on Wednesday evening via social media, writing: "The unthinkable has happened.

"My childhood sweetheart, my rock, and my soulmate Vivienne has lost her battle with pancreatic cancer.

"I cannot describe the deep sense of sadness I feel at having lost the one person who has always meant the world to me."

The couple had six children together and went on to welcome 22 grandchildren and two great-grandchildren into the world.

Player added: "Vivienne has been a constant in my life from the moment I first set eyes on her when I was 14.

"She fully supported my career and raised our six children almost single-handedly while I was touring the world playing golf.

"She was a devoted wife, a loving mother, grandmother, great grandmother, and a wonderful human being who cared so deeply for others and lived her life in service to others.

"Vivienne taught me the value of love, faith and trust. She taught our children those same values, and they were blessed to have a mother who lived those values every single day.

"When we first met, I had no doubt it was love at first sight and it turned out to be the story of a lifetime. I believe it will also be so when we are finally together again.

"Until then, I will miss my Viv dearly."

Several golfers have paid tribute to Vivienne on social media, with Ian Poulter tweeting: "Gary, you and your family are in our thoughts on such a day. RIP Vivienne."

And Phil Mickelson wrote: "We all feel your immense loss and sadness. I'm appreciative to have gotten to know her and I know how much you loved sharing your life with her. Our hearts are with you and your family."