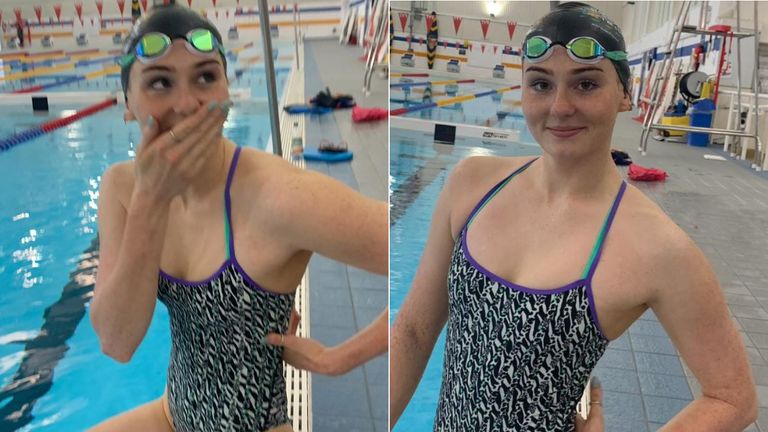 After a huge emotional move to a new club in Bath and dealing with lockdown, training has just started again after a few deserved days of chilling in the sun.

It is a new swimming season – an Olympic season as well – and rising swimming star Freya Anderson says it has been “crazy”.

And it will get crazier as the Tokyo Games – once again – get closer. The 19-year-old Sky Sports Scholar reveals all…..

“It sounds crazy but I’ve just actually ‘finished my season’, considering we got back in the pool about 10 weeks ago and some clubs only just started on July 25.

We have done a big block of training and the whole elite-athlete squad, which comprises of nine of us in one end of the pool and another eight at the other end, have all smashed it!

In my group, we have done a big four-week block and the last week we were freshening up for some simulated racing on the Friday.

I wasn’t sure how to feel about it – I was excited and nervous. That week would have been the start of the Tokyo 2020 Olympics too.

It was a little different racing in the Bath NTC pool instead of the stadium in Tokyo but I’m grateful we had the chance. 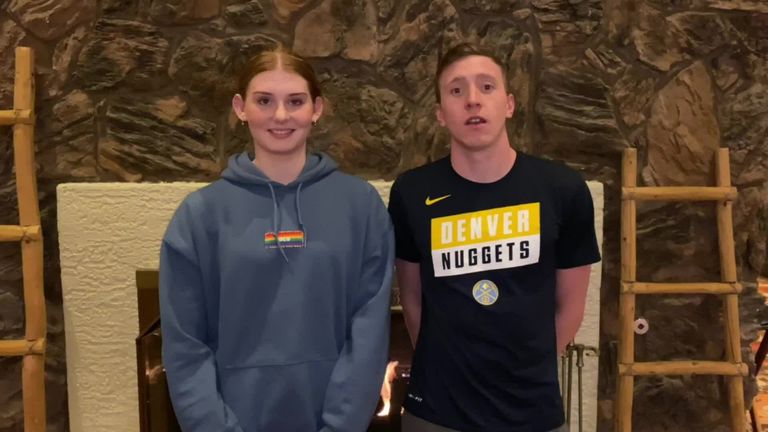 I did really well in my 100m in the morning and then my 200m in the evening wasn’t as good – but considering the ‘season’ we had I was happy.

We’re having a three-week break and then it’s back to start the Olympic season. I’ll be spending time with friends and then I have a week at home and then my family and I are going to Crete which I’m excited for!

It’s amazing to have had some normality in my life during this quarantine. It was really quite hard to stay motivated and to stay calm!

Of course, all athletes were in the same boat, which helped me deal with the pandemic as well as the postponement. It’s not a normal situation to have been in, but it’s amazing I was able to swim.

I haven’t had that long out of the pool for my whole career – even as a little girl!

It’s also amazing to now be in Bath permanently. I love the area and the pool and my new coach Dave! It’s a lot different from Ellesmere, from the pool to the town.

Bath has loads of shops and cafes so it definitely keeps me busy. I would say Ellesmere was a lot quieter.

Final week of the ‘season’ this week! So lucky to have been able to train and as always couldn’t have done it without @speedo and @skyscholarships ❤️❤️

Final week of the ‘season’ this week! So lucky to have been able to train and as always couldn’t have done it without @speedo and @skyscholarships ❤️❤️

There are also more people my age now – and older than me! At Ellesmere, I was one of the older ones which I didn’t like too much, but now I’ve got plenty of people my age.

The training is a bit different, but because of our quarantine we’ve just had to get fit again. I’ve settled really well because of the way it came about I think. I was always going to move after the Olympics so I would have been there in September, but because of Covid it’s just been pushed forward.

It’s been good to have all my friends around too in the training group. Fingers crossed next season will go a bit smoother!