THE GOVERNMENT has confirmed it will back allowing 20,000 fans to attend the FA Cup Final – in a bid to speed up the return to full houses by the end of the summer.

One of next month’s FA Cup semis is also in line to have be watched by a crowd as well – although that will be entirely made up of no more than 4,000 local residents. 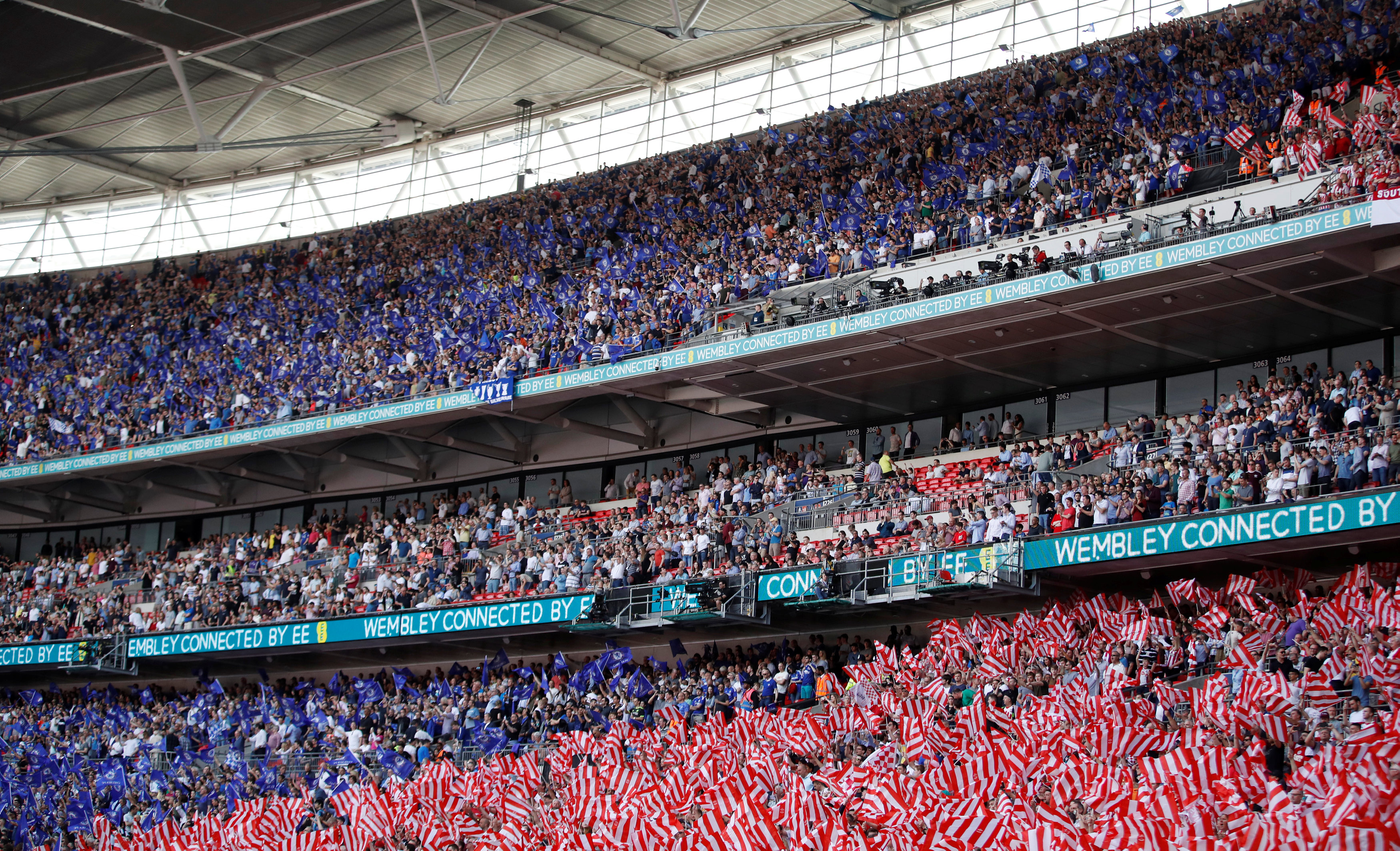 Sports Minister Nigel Huddleston is working with the FA, Premier League and other sports bodies ahead of the scheduled May 17 date for turnstiles to be re-opened for crowds of up to 10,000.

The Cup Final will take place at Wembley on May 15, two days before the deadline.

But the Government is working with the FA on a plan for Wembley to hold more than a fifth of its 90,000 capacity as one of the “pilot” schemes to advance the return of supporters.

Huddleston told LBC: “We’re finalising the details but the figure of 20,000 for the FA Cup Final is one I recognise and that seems to be the ambition.

“We would like as many as possible as we believe is safe because these are important tests and processes to get the systems in place in terms of hygiene and other things.

“On May 17 the goal is for major outdoor events to have capacities of 10,000 so the pilot would be pushing it beyond that, which is quite important.”

Prem chiefs plan to shift the penultimate round of League fixtures back to May 18 and 19, allowing each club to have one home match in front of up to 10,000 supporters.

The clubs are to urge the Government to allow 10 per cent of those crowds to be made up of away fans – the first time visiting supporters have been inside grounds since last March.

Before then, Culture Secretary Oliver Dowden revealed he will back a proposal for up to 4,000 to be allowed through the Wembley gates for either Southamton’s FA Cup semi-final against Leicester on April 17 or the clash between Chelsea and Manchester City the following day.

Tickets, though, will be strictly rationed to people who live in Brent, the borough in which the stadium sits.

Dowden explained: The purpose of this is not so much the overall number, it is how they interact with each other and social distancing, behavioural factors.

"We will be testing them before and after to look at spread and look at how they behave in the stadium.

“So we're not just chucking everyone into the stadiums, it is being done in a very controlled way and the purpose is to get the rules set can so it can be as safe as possible from the 21 June.”

EFL bosses are also hoping to get the green light to have up to 8,000 inside Wembley for the Carabao Cup Final between City and Spurs on April 25, although the majority would be local residents.

Huddleston added that the Government had embarked on a “cautious but hopefully irreversible roadmap” for fans.

That should allow supporters to also attend Wimbledon and the British Grand Prix at Silverstone at the start of July.

He said: “If we continue as we are doing and proceed on the roadmap as planned, we should have crowds. At this stage I can’t say how many.

“But we want to get back to full capacities as soon as possible because it is so important for the finances of the sports, who will be in jeopardy unless they can get enough people through the gates.

“I can’t give any guarantees on the numbers yet but that is why the pilots and the next steps are so important.”