MANCHESTER CITY are the leading contenders to sign centre-forward Erling Haaland, according to the bookmakers.

Betfair have installed Pep Guardiola's side as the 9/4 favourites to clinch his signature after claims he's 'run out of patience' with Borussia Dortmund. 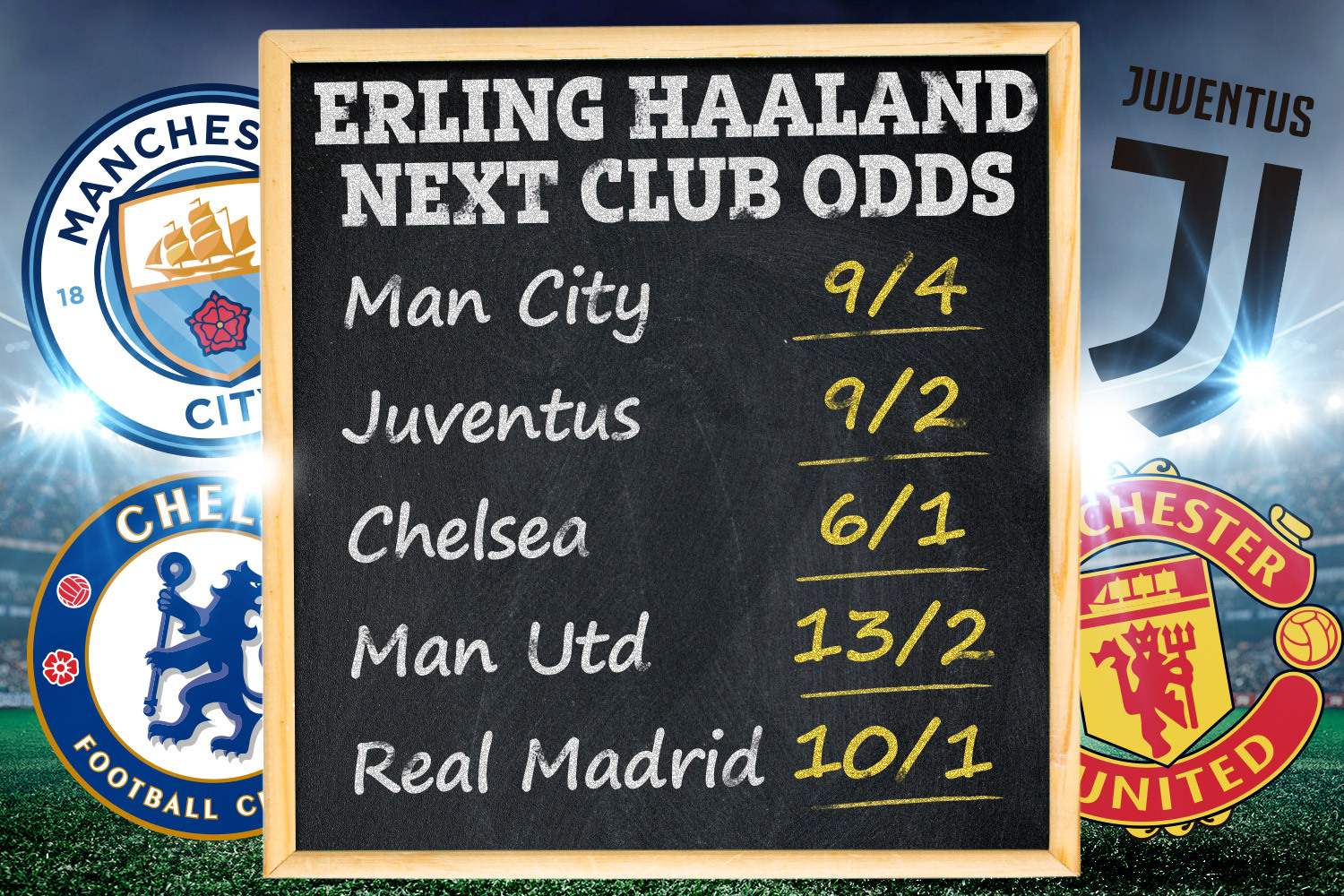 The 20-year-old continues to dazzle having returned 33 goals in 31 appearances this season.

However, tensions are thought to be rising at Signal Iduna Park.

Dortmund are 18 points behind leaders Bayern Munich and four behind Eintracht Frankfurt, who occupy the final Champions League qualification spot.

The Club lost further ground over the weekend when drawing 2-2 with relegation-threatened Cologne, which resulted in Haaland storming down the tunnel in anger.

Spanish newspaper AS claim the Norwegian has now 'run out of patience' and will look to push for an exit if the club don't achieve Champions League qualification.

And there are no shortage of takers.

City, boast the financial muscle required to secure his signature, are frontrunners at 9/4.

And while Guardiola refused to be drawn on transfer speculation, he did discuss Haaland in glowing terms.

He said: "The numbers speak for itself. He's one of the best strikers in the world right now at his age.

"I saw a few games, I didn't have much time but the highlights, the numbers in the Champions League and the league are impressive.

"I know the quality of this player, everybody knows."

Juventus and Chelsea are their closest challengers at 9/2 and 6/1 respectively.

Manchester United are fourth in the betting market at 13/2 with Spanish giants Real Madrid a double-figure 10/1.

However, that price could soon tumble after claims Haaland has always 'liked' the idea of playing at the Bernabeu with the club sharing a good relationship with his agent, Mino Raiola.

Barcelona are available at 12/1 with Haaland a potential successor to Lionel Messi.

Bayern Munich and Premier League champions Liverpool complete the list at 20/1 and 25/1 respectively.