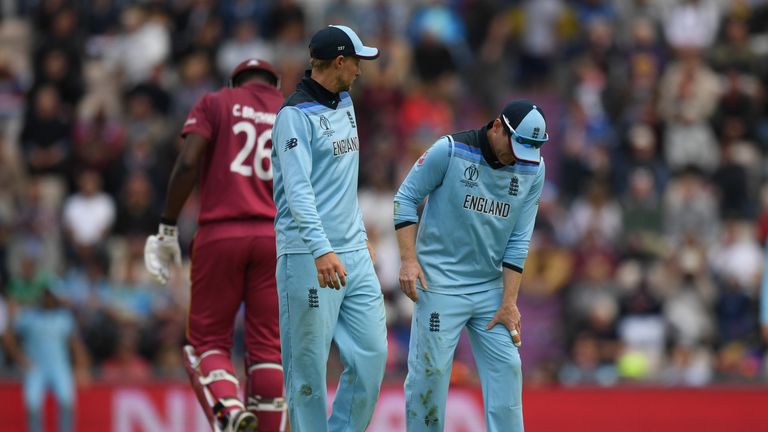 Roy limped off the field at the Hampshire Bowl after pulling up as he attempted to field a ball in the eighth over and was subsequently diagnosed with a left hamstring strain.

The England management issued an update saying the 28-year-old wouldn’t field again and would not be allowed to bat above number seven. 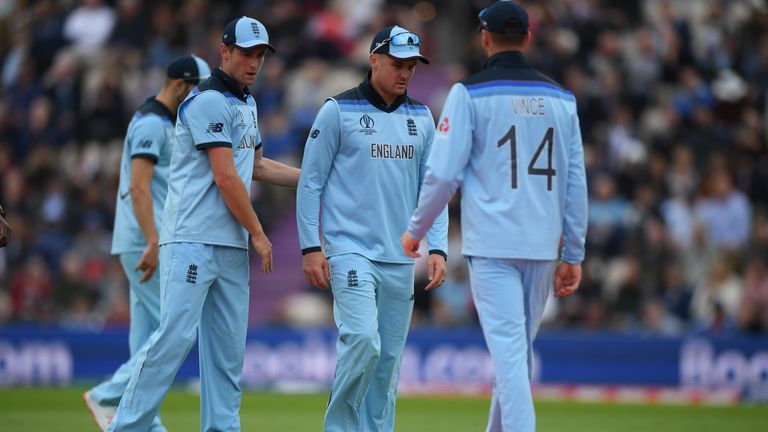 The hosts were well in control with West Indies 202-6 off 39.3 overs when they lost Morgan to what appeared to be another muscular problem.

The captain pulled up quickly as he ran towards the wicket at the non-striker’s end in an effort to back up a potential throw from the deep.