ENGLAND and Italy fans have taken to social media to debate who was better out of Wayne Rooney and Francesco Totti.

Rooney is the Three Lions' all-time top scorer with 53 goals and received the most England caps for an outfield player with 120. 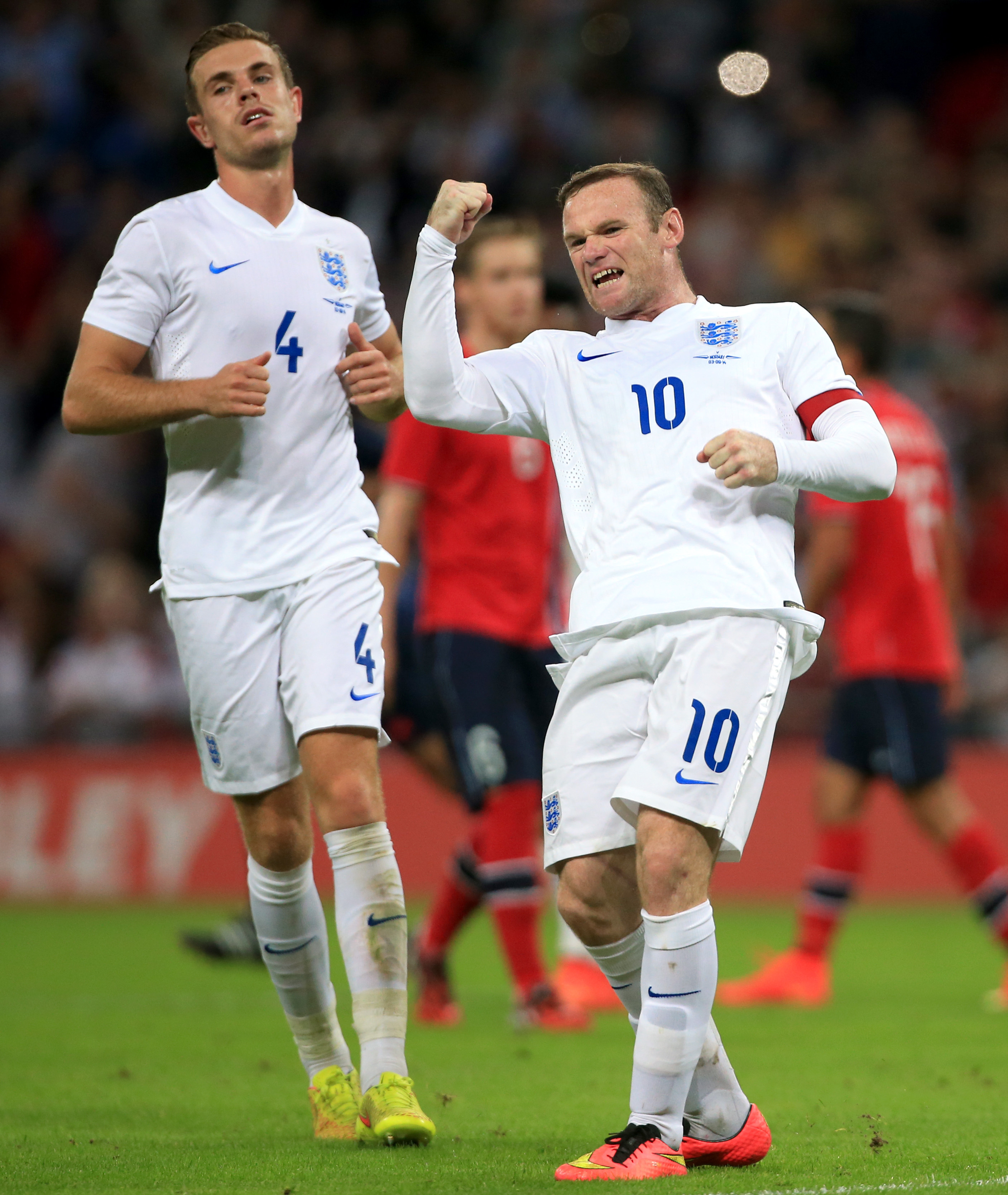 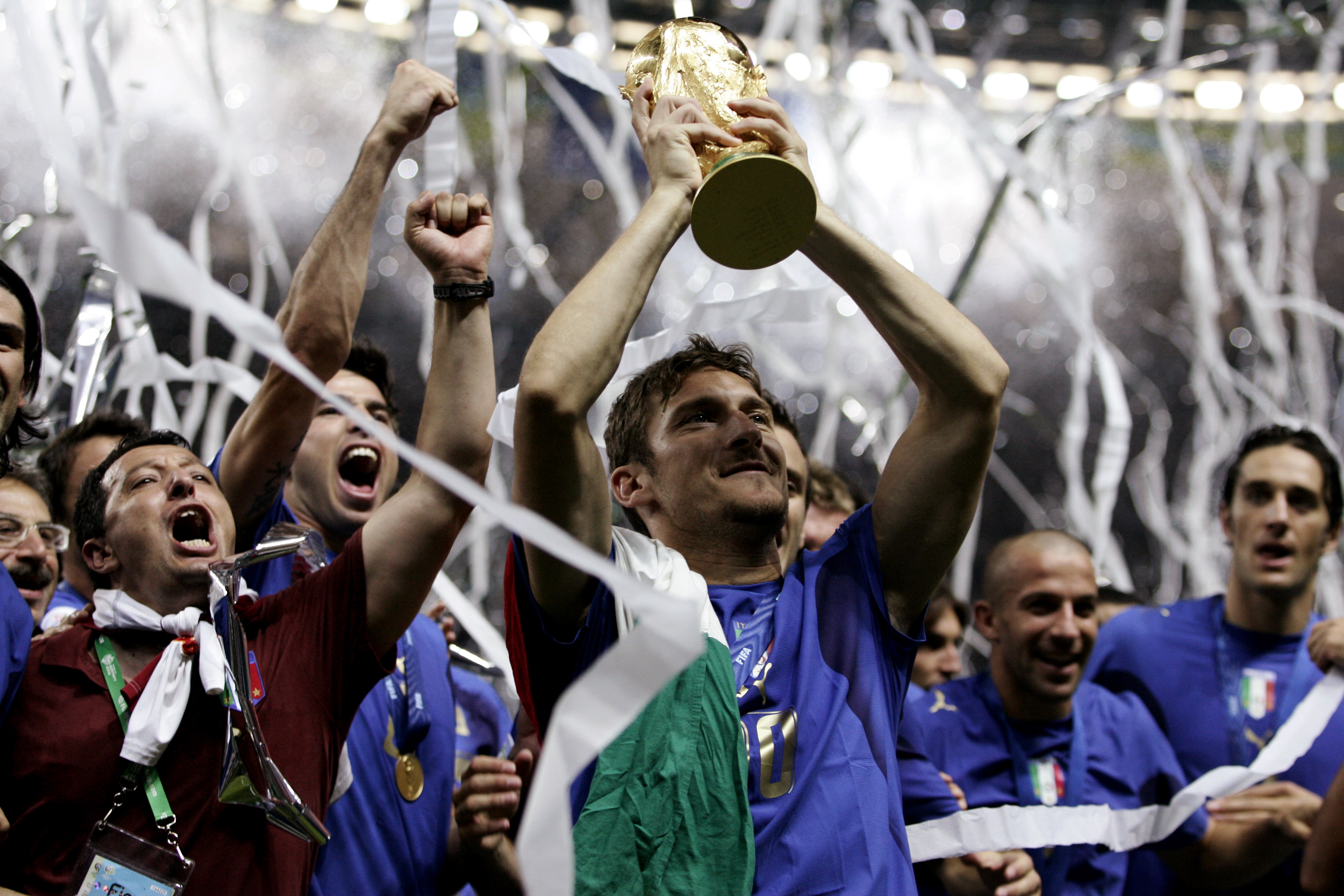 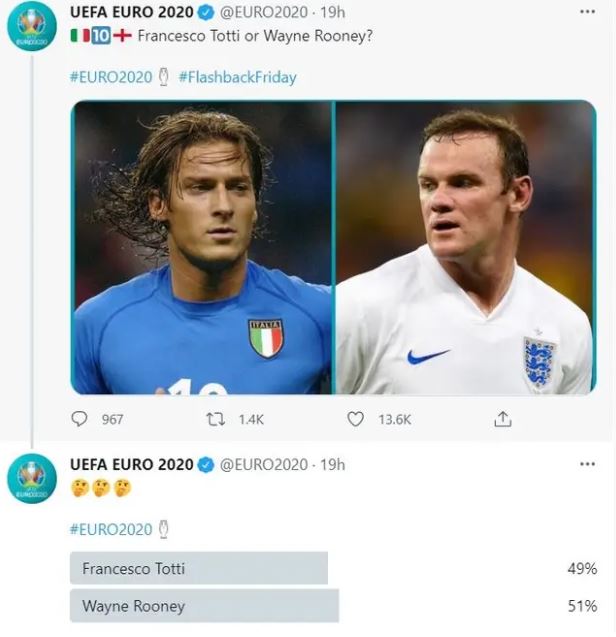 At club level he won the Champions League trophy with Manchester United as well as five Premier League titles.

However, his failure to win anything with his country is not something that can be levelled at Totti.

Although the Roma legend only won one Serie A title with his boyhood club, he did lift the World Cup with Italy as a part of their superb 2006 squad.

And England and Italy fans – who will be on opposing sides on Sunday when their two nations meet in the Euro 2020 final – came out in force to argue the cases for both men after Uefa tweeted asking who was the superior player.

One backer of Rooney said: "Totti was a fabulous player, capable of the truly incredible… but Rooney at his best was a monster.

"Totti managed by Sir Alex Ferguson might have been something else, but I would go for Rooney."

Another added: "It’s not even close! 5 league titles, four FA cups, and the UCL?!?! Vs someone with one one league title and got subbed off after 60’ in the WC final which his team barely beat 10 man France???"

And a third said: "Rooney has 3 40+ G/A seasons, Totti has 1, Rooney is so clear in every single way. If we use team achievements he is so extraordinarily clear too.

"Totti has 1 league title, Rooney has 5. Totti isn't even Italy's all time scorer."

But others thought Totti was the more impressive player across his legendary career.

One said: "Anybody who says Rooney needs their head testing!"

And another added: "At 35 years old Francesco Totti had 12 goals and 12 assists for top flight AS Roma.

"At 35 years old Wayne Rooney is sitting at home after 2 seasons at tier 2 Derby County and 2 seasons at MLS."

England and Italy will clash at Wembley Stadium on Sunday night to decide who lifts the Euro 2020 trophy.