EMMA RADUCANU’S Wimbledon fairytale continued as she romped into the last 16.

The teenager from Orpington had the Court One crowd on their feet with a stunning and sensational display to crush Romanian Sorana Cirstea in 6-3 7-5 in an hour and 40 minutes. 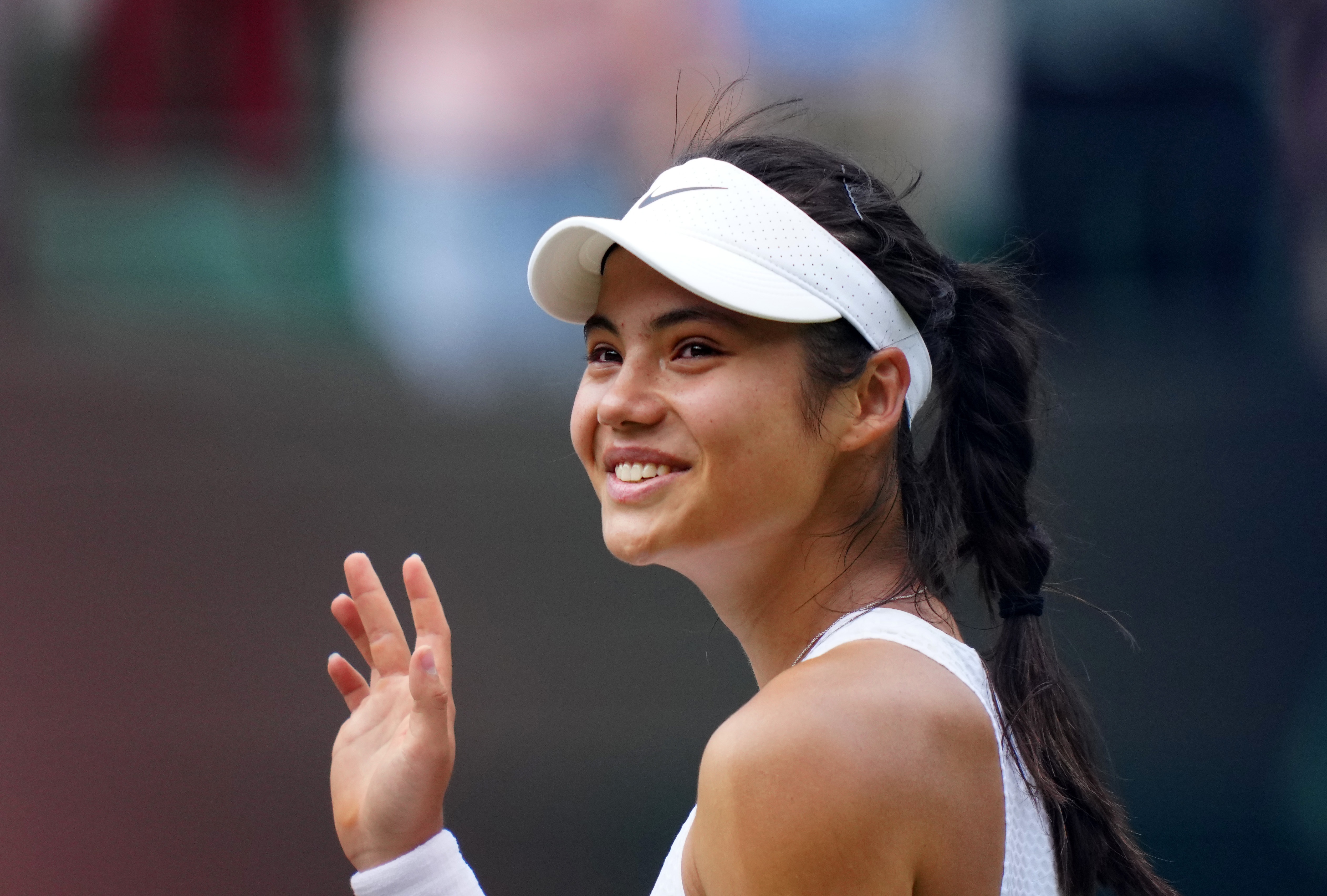 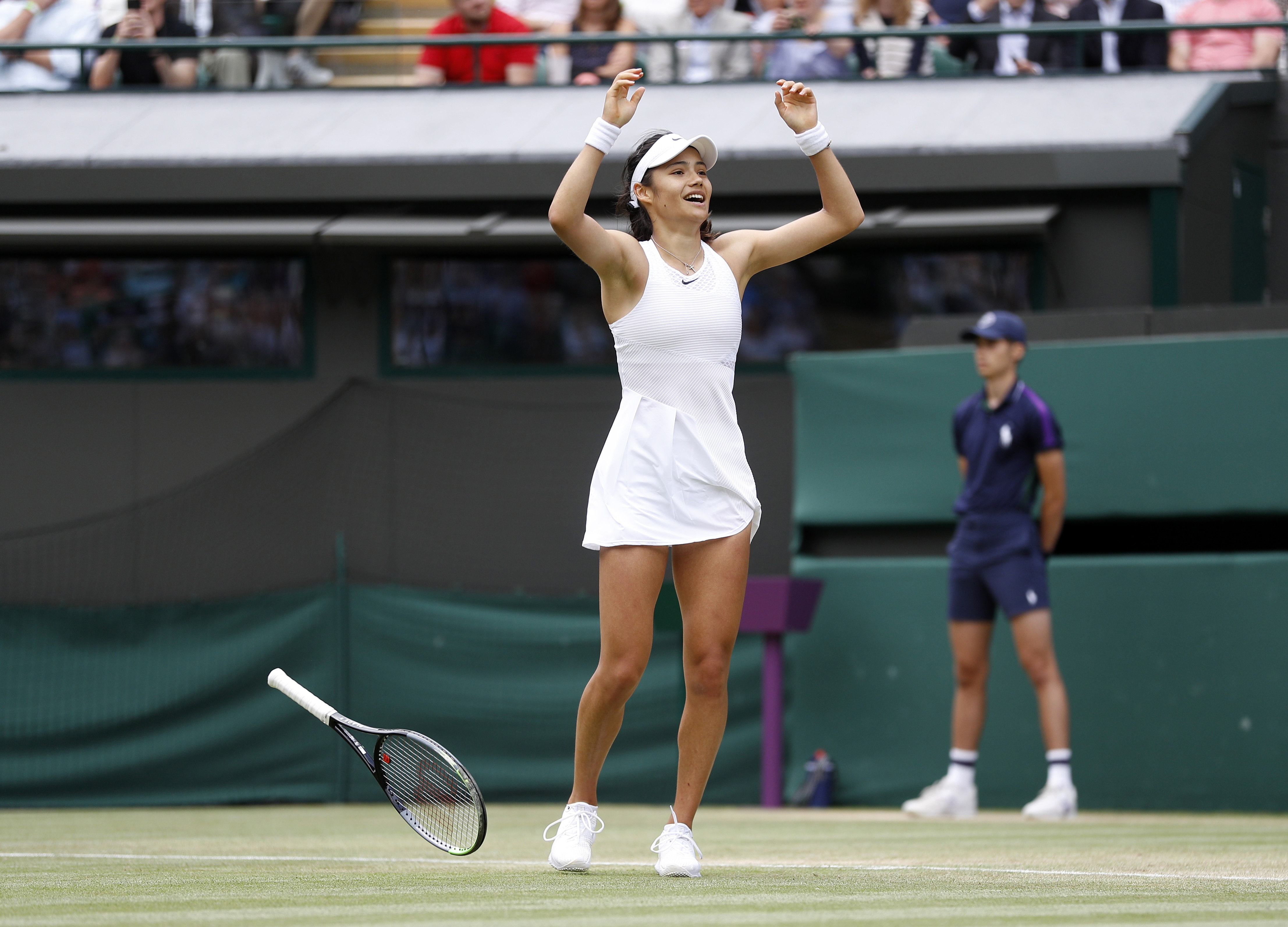 Radacanu, the new darling of the SW19 fans, unleashed a series of dazzling shots, dominating the match from the baseline and making a mockery of the 293 places between her and the 31-year-old Cirstea in the world rankings.

When Cirstea netted on her fourth match point, Radacanu sank to his knees in joy and delight.

Her reward is a fourth round clash with Aussie Ajla Tomljanovic, who outlasted former French Open champion Jelena Ostapenko in three sets.

It means Raducanu has earned £181,000 this week – more than SIX times her ENTIRE previous career earnings.

This should have been a step too far for the 18-year-old Raducanu.

But on her Grand Slam show court debut, Raducanu showed not the slightest sign of nerves.

Raducanu’s eye-catching double-handed backhand was unleashed from the outset, forcing the experienced Romanian onto the back foot.

Even when she paid the price for a double fault at 15-30 to hand Cirstea the opportunity for a break in the fourth game of the set, Raducanu came roaring back.

The power of her groundstrokes earned the chance of an instant response, confirmed as Cirstea was unable to control a forehand, Radacanu whooping with delight as the ball sailed wide.

And when Cirstea double-faulted on break point in the next – wrongly challenging both service calls – Raducanu steamed in, holding her serve easily and converting her first set point with a glorious, scrambling backhand lob which landed a foot inside the baseline.

Cirstea appeared to be running out of hope and belief, especially when a brilliant backhand down the line saw her broken in her opening service game of the second set. 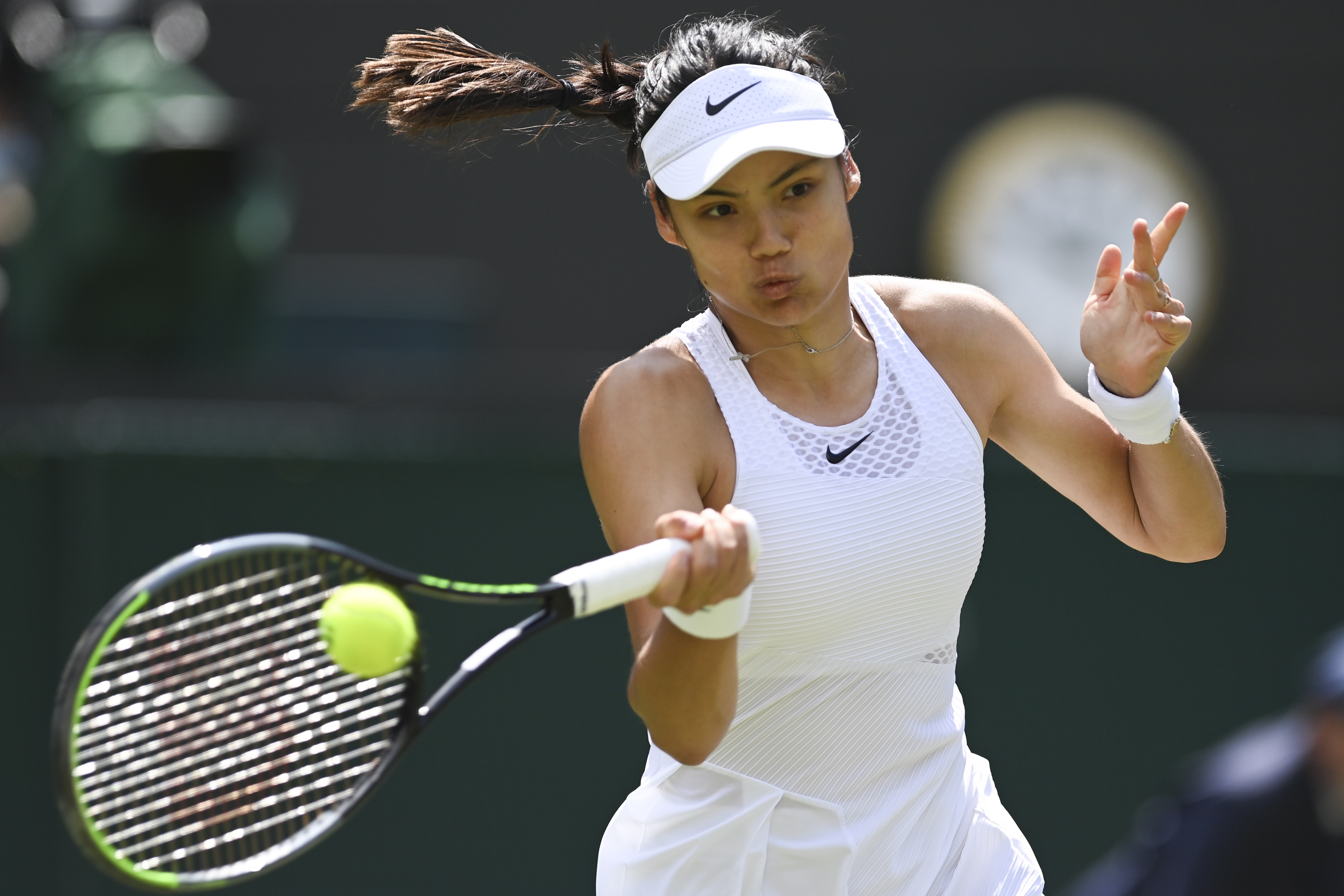 But after squandering three break points to go 4-0 up and surely put the match to bed, Raducanu gave up her advantage with a double fault followed by a loose and long forehand.

Suddenly, the crowd sensed the tide was turning against Raducanu, especially when, after 13 minutes and four break points and nine deuces, Cirstea held to make it 4-4.

But Radacanu was not going to be denied, even when three match points went begging.

The final point summed up the match, Raducanu exploding shots on her backhand wing, finally forcing Cirstea to hit the net and release an outpouring of pure emotion. 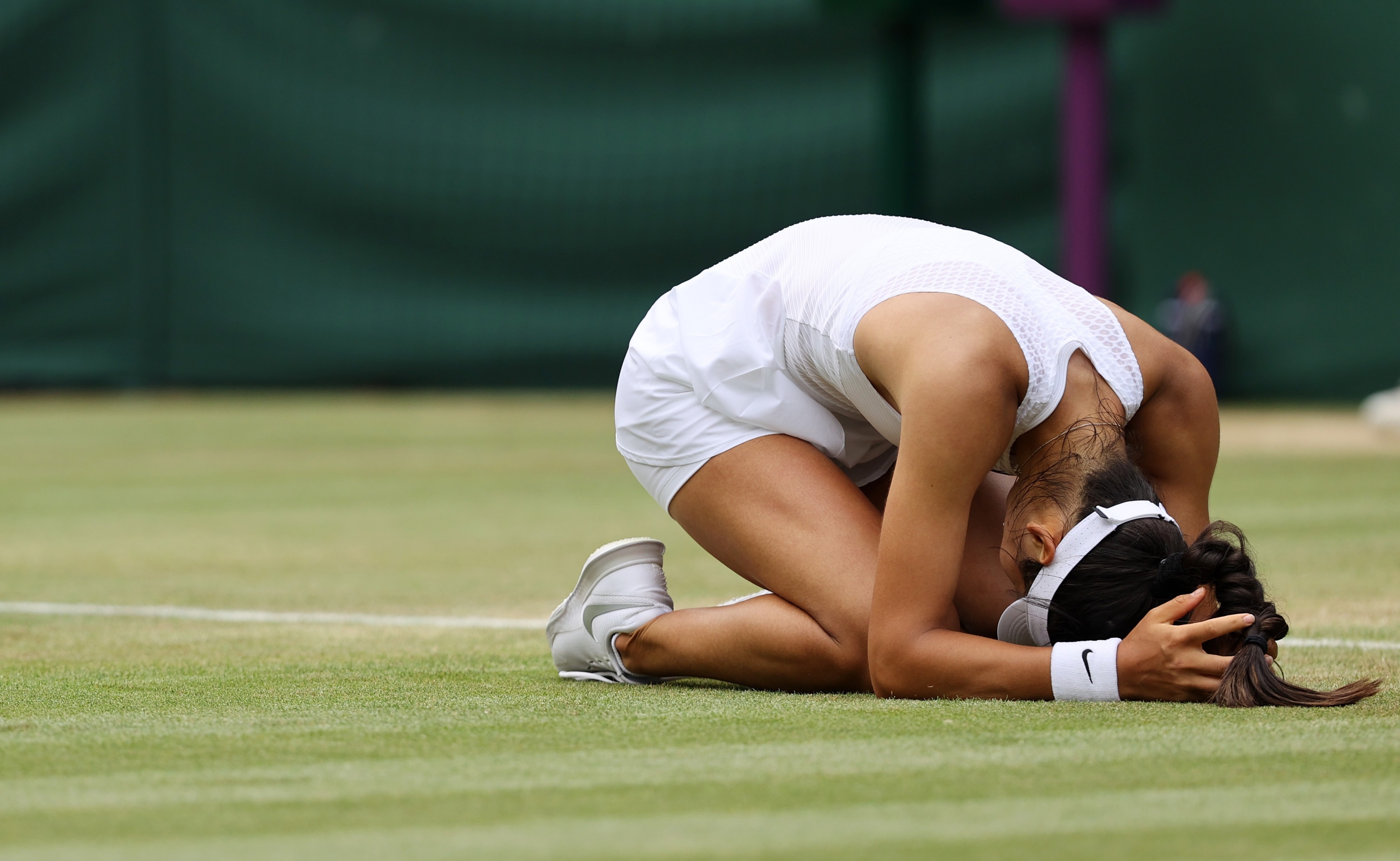 Delighted Radacanu admitted she was “speechless” at her triumph – and revealed she has run out of clean kit.

She said: “When I was packing to go into the bubble my parents said ‘aren’t you packing too many sets of kit?’

“Now I’m going to have to do some laundry tonight. But they have a laundry service at the hotel.”

Speaking courtside, she told the crowd: “When I won, I didn’t know what my reaction would be.

“I’m just so happy and so grateful for all the support I’ve had.

“This is by far the biggest court I’ve ever played in and I think I coped quite well on that stage.

“I just tried to hold my nerve. You really got me through the first set, the second set and the whole match.”