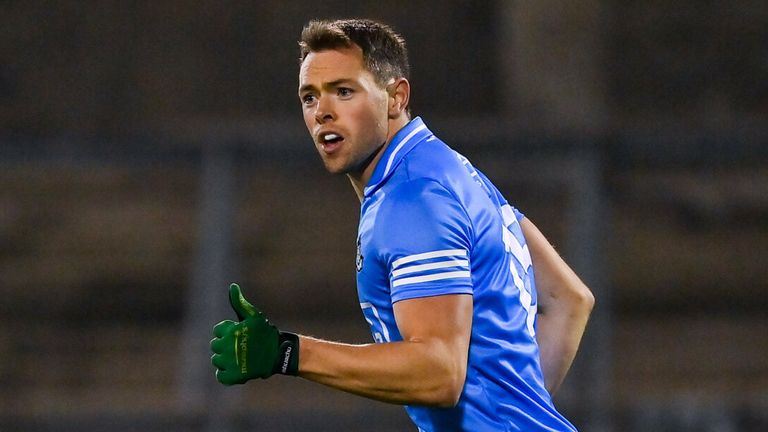 Dean Rock became Dublin’s all-time top scorer on Saturday night, as the Ballymun star scored 1-8 to guide his county through a stern test against Meath, 1-20 to 0-19.

Much has changed in the world over the last seven months, and indeed in Gaelic football. The National Leagues resumed following an absence of 230 days, after which Dublin played their first game at Parnell Park since 2010, yet the Donnycarney venue lay empty barring the two panels, management, and a scattering of various essential personnel.

But at least one constant remains; there is still a gap between the men from the capital and Leinster’s chasing pack, although there were causes for optimism from a Meath perspective.

Dessie Farrell’s side has undergone significant change since their last outing against Tyrone, with Jack McCaffrey, Diarmuid Connolly and Darren Daly walking away, while they also must face into the championship without former selector Paul Clarke.

It remains to be seen whether those absences will affect the Sky Blues’ chances of retaining the Sam Maguire Cup, as they were not forced into top gear by their provincial neighbours.

The reigning All-Ireland champions pulled ahead with ease in the early exchanges, bursting into a 1-4 to 0-1 lead. The goal came through a misplaced kick-out from goalkeeper Mark Brennan, as Paddy Small pounced to play in Dead Rock, who slotted it into the empty net.

Nonetheless, the Royals battled back. Despite the loss of Mickey Newman, they had sufficient firepower up front to keep in touch. Shane Walsh scored 0-3, with Thomas O’Reilly kicking four frees to bring it back to 1-10 to 0-10 at the break.

Indeed, they may well have been level were it not for a close-range save from Stephen Cluxton on a Cathal Hickey shot. 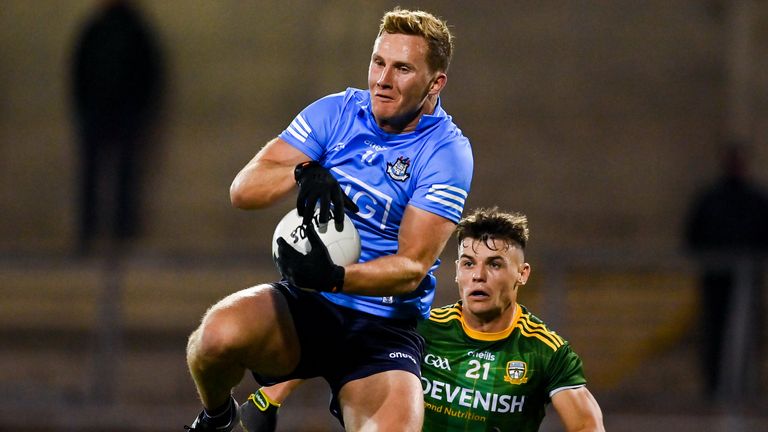 While Brian Fenton pointed within seconds of the restart to put Dublin on the right track, Meath continued to pour forward, and they brought the margin down to a single point through scores from Cillian O’Sullivan, O’Reilly and Walsh.

Walsh then had an opportunity to put his side ahead as he found himself one-on-one against Cluxton, but the young forward’s shot found the right side of the post. Dublin were then fortunate not to find themselves down to 14 men, as John Small avoided a second yellow card for a late challenge on Bryan Menton.

Two frees from Rock helped the Dubs into a 1-13 to 0-14 advantage at the water-break.

The Meath challenge waned from there, however, as Dublin used all their experience. Farrell turned to his bench to steer the side home, with Rock and Con O’Callaghan helping them hold out for the four-point win.

Dublin finish their campaign away to Galway, as they continue their build-up to their championship opener against Westmeath; a game you can watch live on Sky Sports Mix.

Meath were already relegated, but will take heart in the coming weeks from what was a promising display. 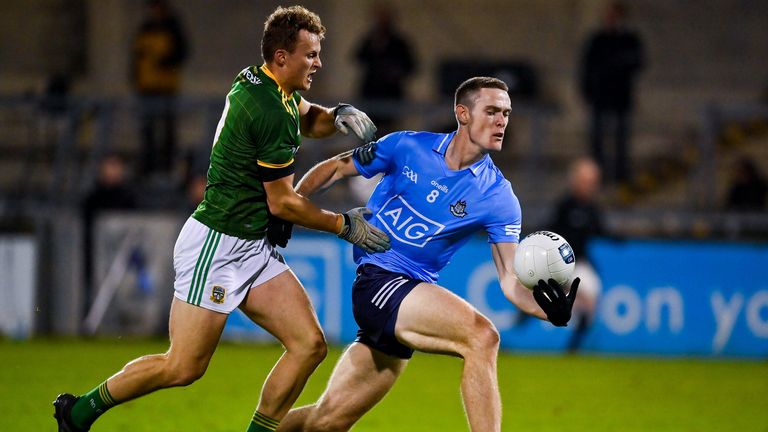 Two significant milestones were broken by Dublin players. Dean Rock overtook Jimmy Keaveney as the county’s top scorer in league and championship. Rock (17-450 in 95 games) is now ahead of Keaveney (30-402 in 104 games).

Watch Inside The Game every Wednesday evening on Sky Sports Mix. You can catch up on this week’s episode on the Sky Sports YouTube channel.