RIO FERDINAND branded tearful Neymar "disrespectful" after he had to be persuaded to collect his runners-up medal.

The Brazilian broke down in tears at the full-time whistle after flopping on the biggest stage of all in Paris Saint-Germain's 1-0 loss to Bayern Munich. 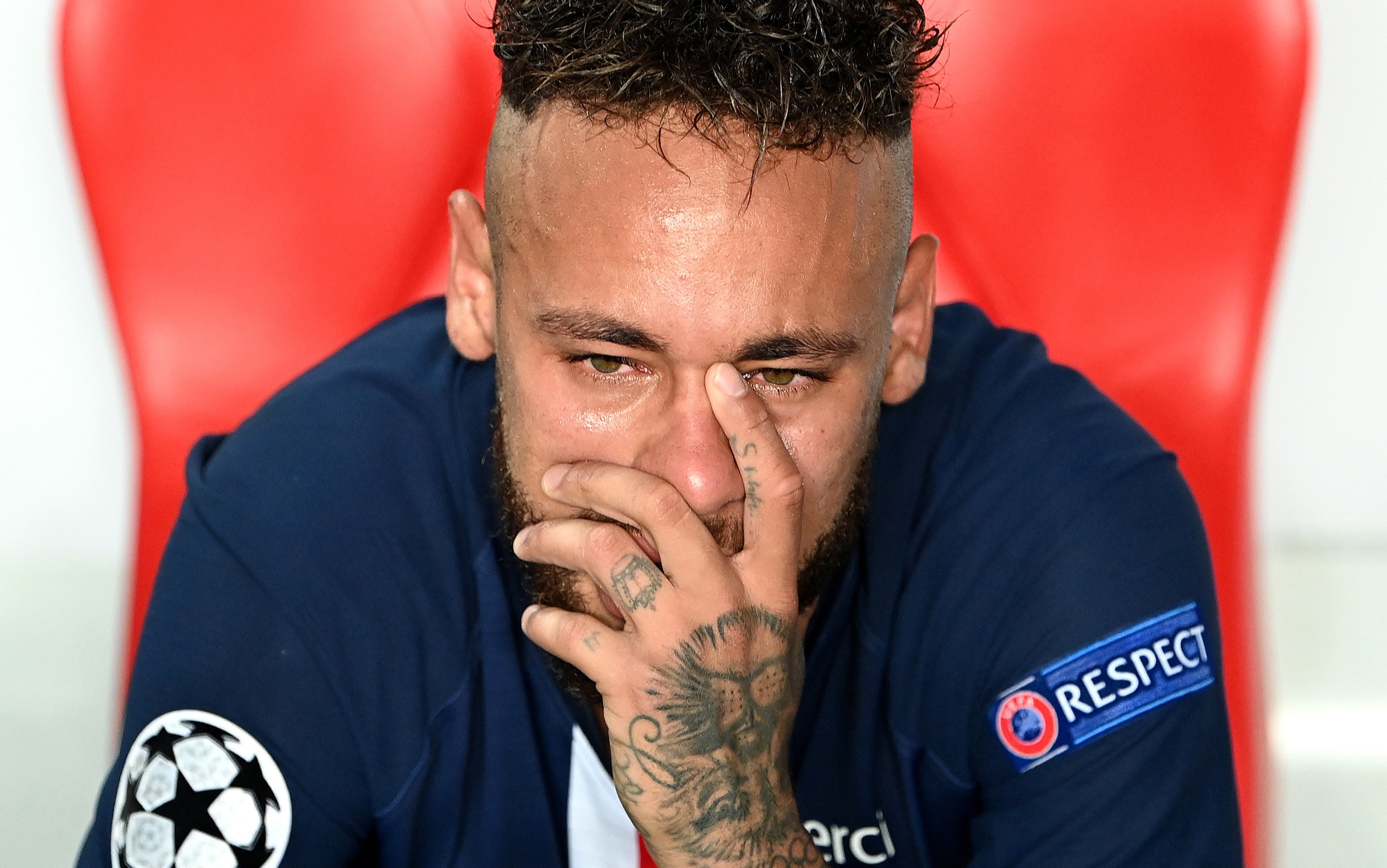 Neymar, 28, endured an off night in Lisbon struggling to cause Bayern's resolute defence any major issues.

At the full-time whistle, he cut a dejected figure sitting on the bench as his team-mates lined up to receive their medals.

But the former Barcelona man was not budging until PSG's sporting director Leonardo Araujo consoled him.

Neymar then made it back onto the pitch but his actions failed to impress Gary Lineker and Ferdinand inside the BT Sport studio.

Lineker said: "Looks like they're trying to persuade Neymar to go up and collect his runners-up medal."

Ferdinand then responded: "He has to go, you can't sulk.

"You've got to show some respect for the opposition when they go up there and get the trophy."

Neymar was also seen crying on the shoulder of Bayern's David Alaba and PSG president Nasser Al-Khelaifi while lining up to pick up his award. 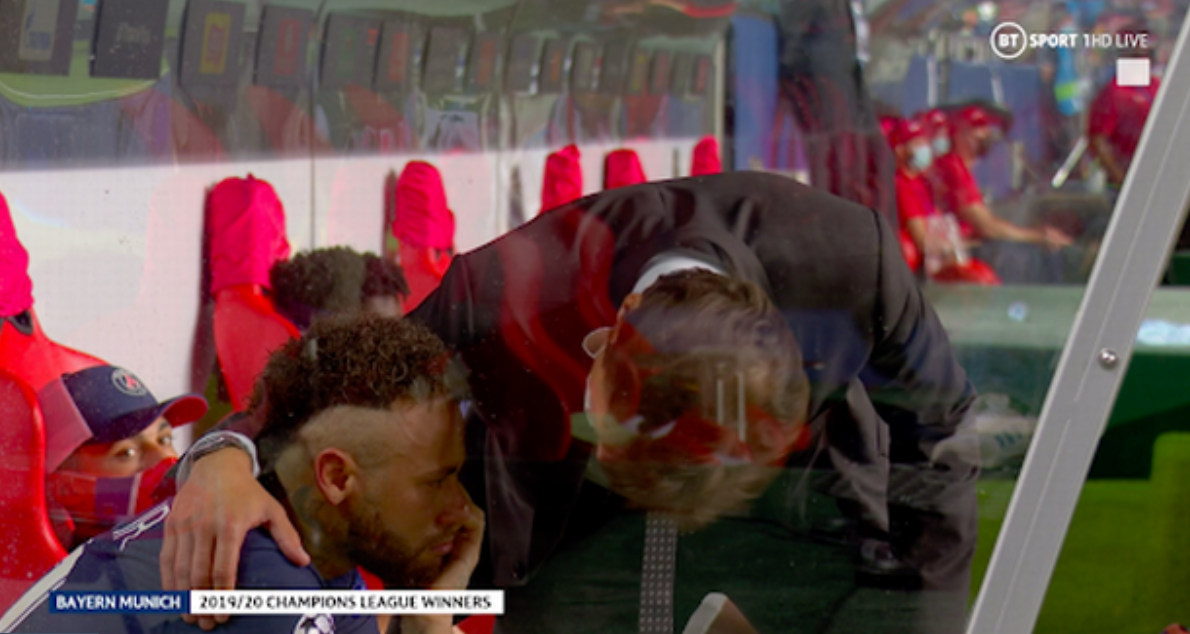 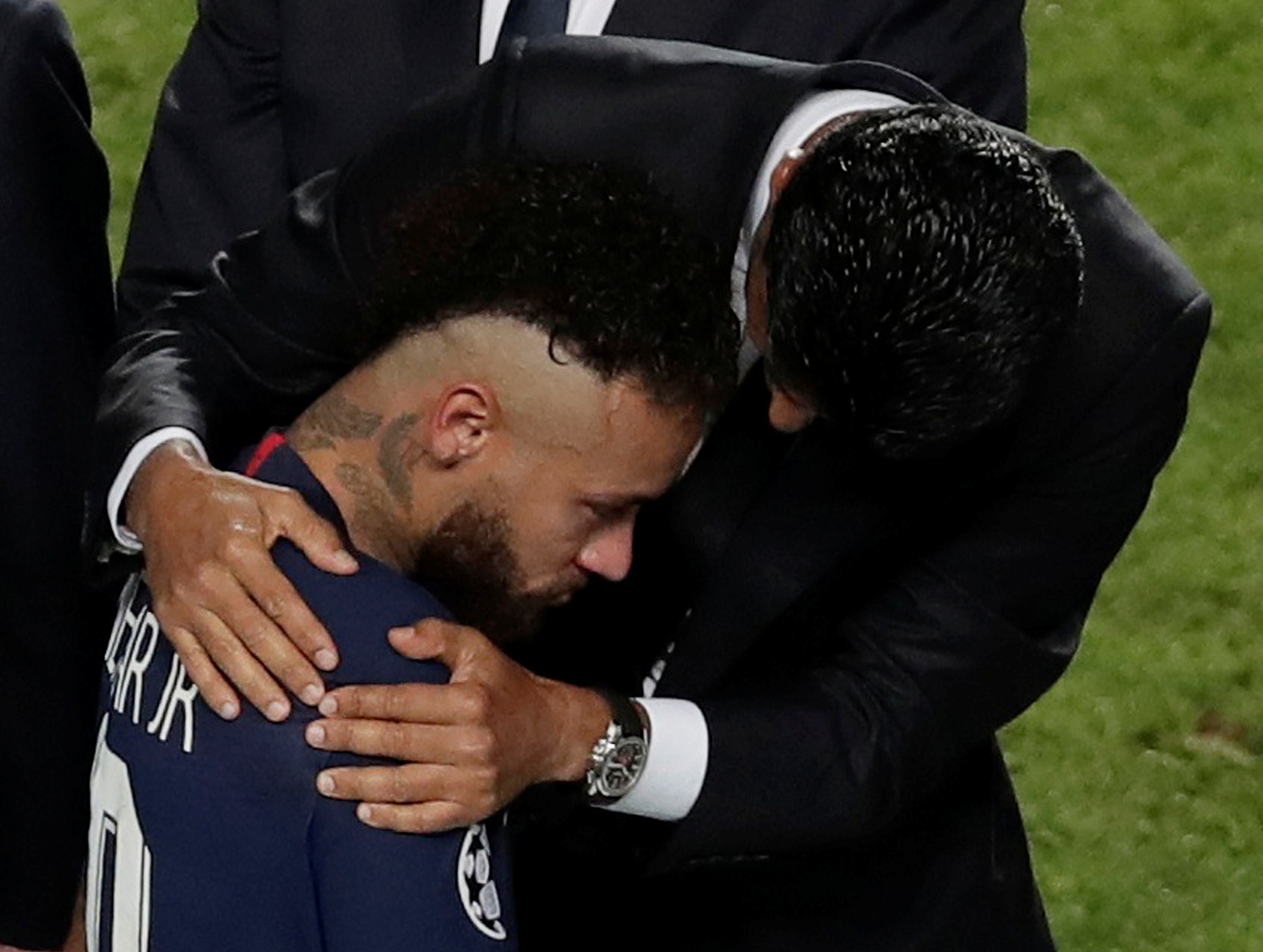 Boss Thomas Tuchel also shared an intimate moment with his £198million man as he trudged past the Champions League trophy.

Neymar would try to pay his respect to Bayern when his tears dried, congratulating them on their performance – but instead tagged their rivals Bayer Leverkusen.

He wrote: "Losing is part of the sport, we try everything, we fight until the end.

"Thank you for the support and affection I have received, each and every one of you.

"And CONGRATULATIONS to BAYER [sic]."

"I’m not sure why you congratulate me while I’m on vacation playing FIFA … but thanks."