DILLIAN WHYTE says he received the ‘old’ version of the WBC belt last night as he demanded the special ‘diamond’ strap instead.

The Brit returned to the heavyweight division title picture with a brilliant rematch victory over Alexander Povetkin. 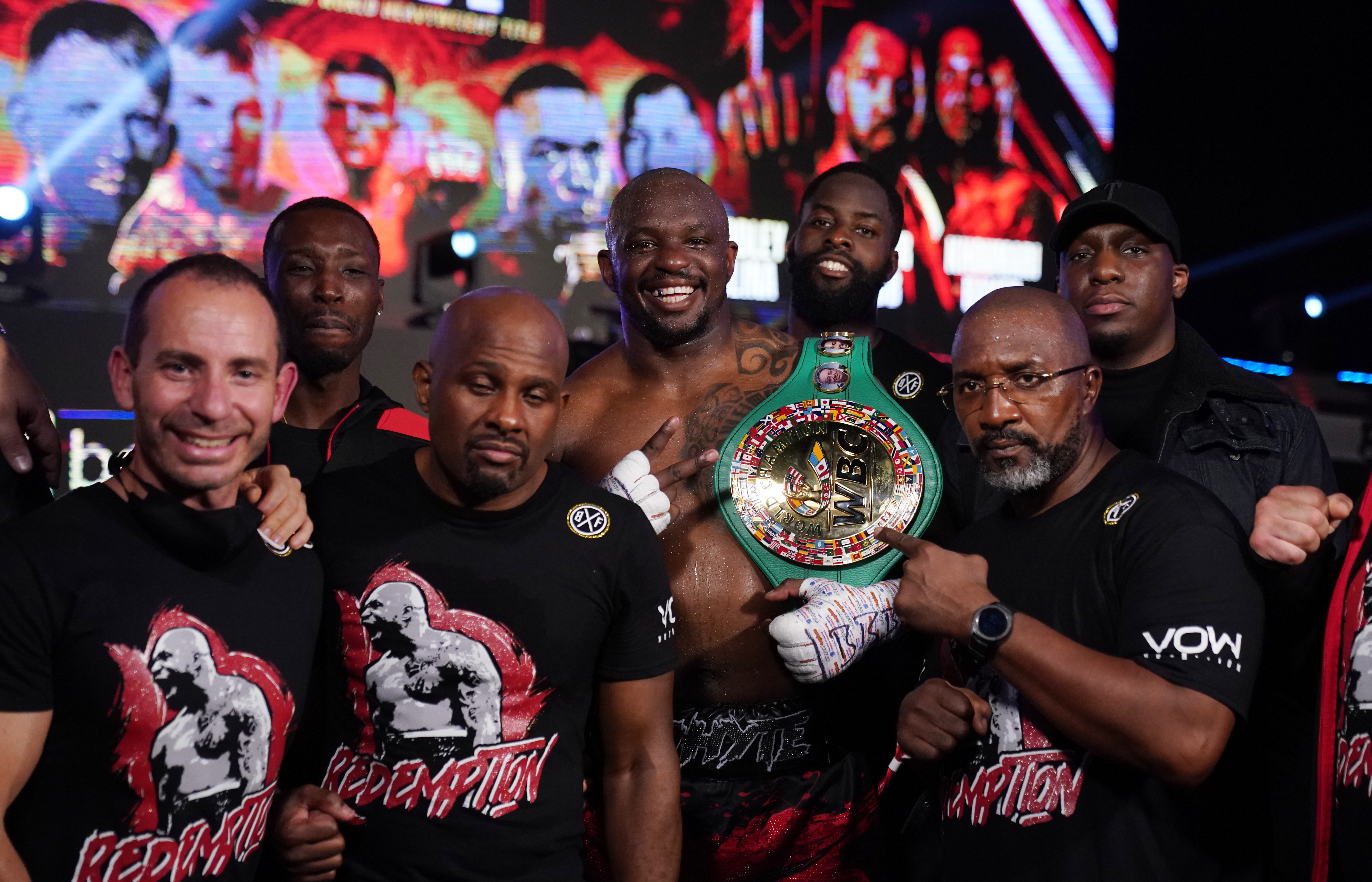 He knocked out the Russian in Gibraltar in the fourth to gain revenge for his brutal defeat in August.

Despite him regaining the WBC interim belt, it did not take long for the 32-year-old Body Snatcher to notice something was amiss.

During his post-fight media duties, Whyte was handed the strap by Eddie Hearn, and he instantly took issue by telling the Matchroom promoter: “This ain’t the Diamond belt. No it’s not.

“The one we fought for, they have swapped the belt. This is the old WBC belt.”

The WBC Diamond belt he refers to appears to have been either kept by Povetkin or still in the hands of the WBC.

Speaking ahead of Whyte and Povetkin’s first clash in August, WBC president Mauricio Sulaiman said: “I believe that this fight has all the merits for the WBC to award the prestigious 'Diamond' belt.

"Both are sensational fighters. Povetkin and Whyte are former 'Silver' champions of the WBC. They have been training in extreme circumstances and they are very professional.

"The WBC is delighted to be part of the fight as the WBC 'interim' championship and also to award the 'Diamond' belt, which is a special trophy to recognise this great bout.”

Whyte then tweeted Sulaiman following his win and said: “I need the diamond belt title now.”

The ‘diamond’ belt actually is nothing more than a trinket title that is used as a glamorous addition to a big fight.

This is how the WBC website described their ‘diamond’ belt: “In 2009, the WBC created its new ‘diamond championship’ belt.

“The belt was originally created as an honorary championship exclusively to award the winner of a historic fight between two high-profile and elite boxers.

“The ‘diamond’ belt was awarded in November 2009 to Manny Pacquiao, who won his sixth world title (in five different divisions) via a twelfth-round technical knockout over Miguel Cotto in Las Vegas.

“The title can be defended, but it is not a mandatory requirement. The title can also be vacated due to a fighter’s long-term absence or retirement from boxing.”