DECLAN RICE plans to run down his West Ham contract as he is reportedly unhappy with his £100million price tag.

The midfielder, 22, has been the subject of interest from Chelsea and Manchester United this summer. 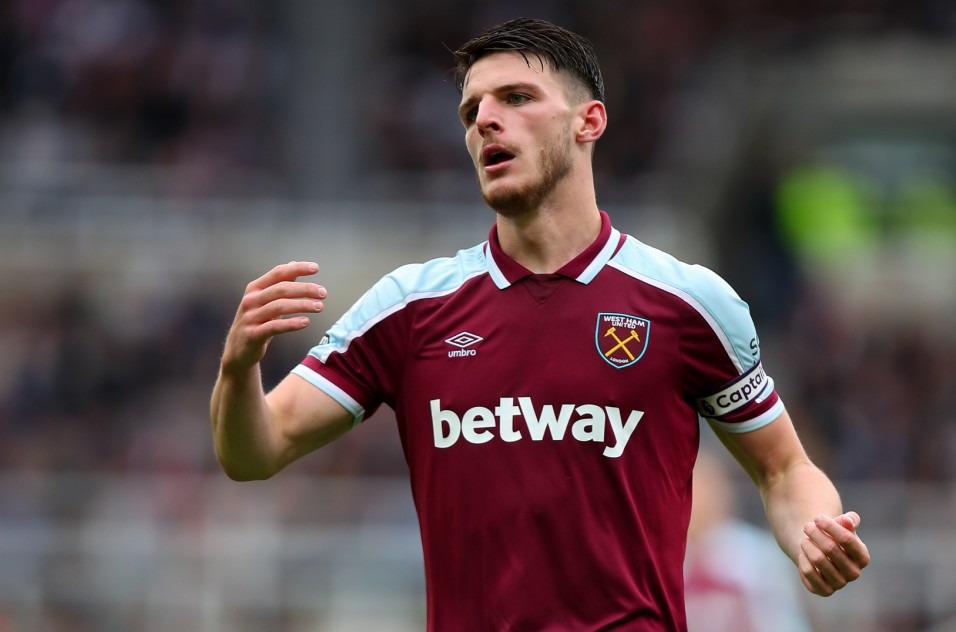 And although the England star is willing to give his all for the Hammers, he is bemused by the club asking for so much money.

Rice has three years remaining on his current deal and he plans not to renew, according to The Telegraph.

The report states Rice is ambitious and eager to win trophies, which he may find difficult to accomplish at the London Stadium.

David Moyes has made only one signing this summer – goalkeeper Alphonse Areola – which is also believed to have frustrated Rice.

The Hammers are still chasing Jesse Lingard and his return could lift Rice, with the pair getting on very well when the United midfielder was on loan last term.

And if a move does not happen for Rice this summer with time running out in the transfer market, Manchester City could make a swoop next year.

Pep Guardiola is believed to be eyeing the midfielder as a possible replacement for captain Fernandinho, whose contract has a year left to run.

But so far City, United and Chelsea have been deterred by Rice's £100m valuation.

West Ham could reportedly lower their asking price in the future to reduce the risk of their star man leaving on a free.