‘Who says Manchester has no sun?!’: Cristiano Ronaldo jokes about England’s warm weather as he soaks up some rays with his family while completing five-day Covid isolation period at his new mansion

Cristiano Ronaldo posted an image of himself sunbathing in isolation on Sunday before saying: ‘Who says Manchester has no sun?!’ as he settles into life back in England.

Ronaldo, 36, sealed his sensational switch to the Red Devils this summer in a £19.8million move from Juventus, 12 years on from his departure for Spanish giants Real Madrid.

The Portuguese was released from international duty early this week and touched down in Manchester on Thursday. He is undergoing a period of self-isolation with his family before joining up with his new team-mates on Wednesday. 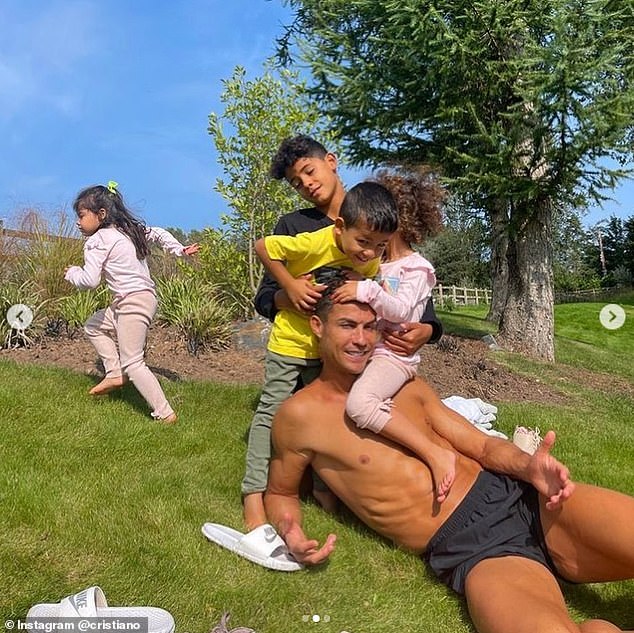 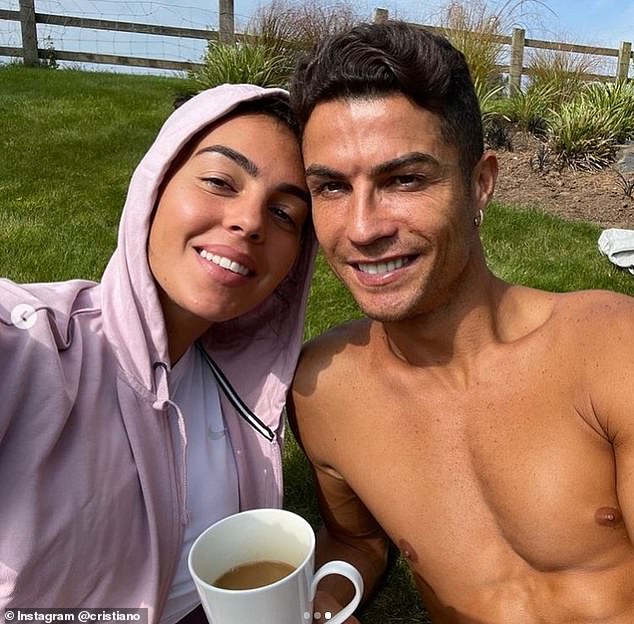 Ronaldo (right, next to girlfriend Georgina Rodríguez) is settling into life back in Manchester

He has travelled with girlfriend Georgina Rodríguez and children Cristiano Ronaldo Jr., 11, Alana Martina dos Santos Aveiro, 3, Eva Maria Dos Santos, 4, and Mateo Ronaldo, 4 and the family were enjoying the summer sun that graced the UK over the first weekend of September.

The star forward, widely considered the best in the world, touched down in his private jet from Faro at Manchester Airport on Thursday at 5.40pm, and was swiftly taken to a multi-million pound mansion.

Photographs from inside the mansion reveal a swimming pool, gym and cinema room which Ronaldo will be able to enjoy with his young family ahead of the start of training next week.

He is now ensconced in the seven-bedroom countryside property, with a top-of-the-range fitness area, hot tub and six-strong security patrol – allowing him to relax during his five days in quarantine before joining club training on Wednesday. 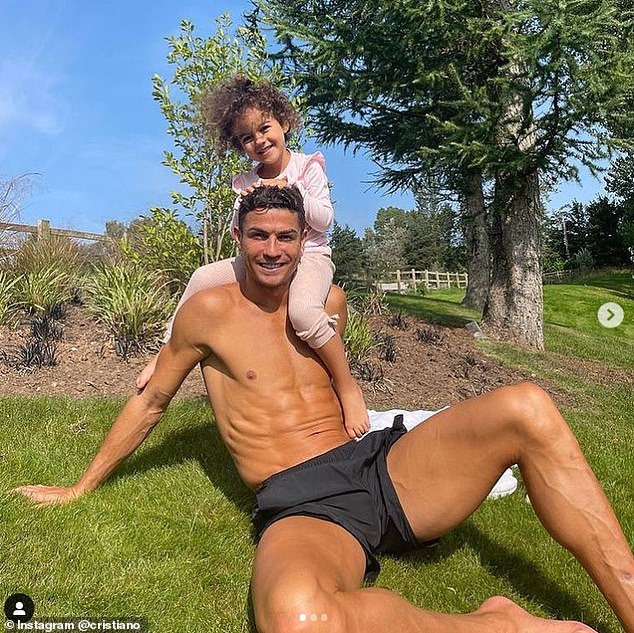 His security team were photographed picking up a takeaway meal outside the mansion on Saturday afternoon.

It is not known precisely why Ronaldo – who tested positive for coronavirus in October – must isolate for five days since Portugal is amber-listed, but it is thought to be a measure put in place by team management.

A spokesman for the club said: ‘As a new signing he is not eligible for elite sport exemption. Therefore he can’t join our bubble for 5 days.’

Ronaldo has vowed that ‘history will be written once more’, having won the Premier League, Champions League and Ballon d’Or during his first stint at the club. 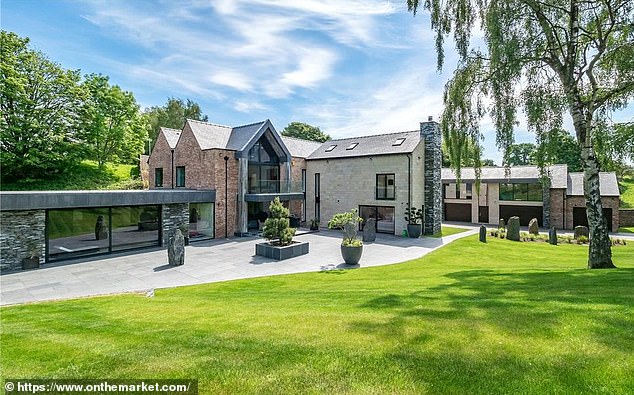 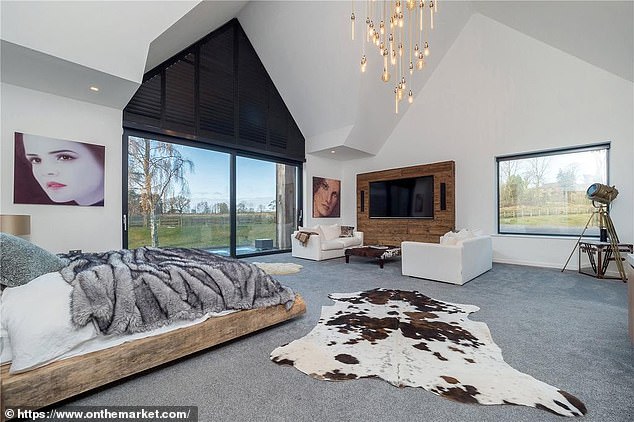 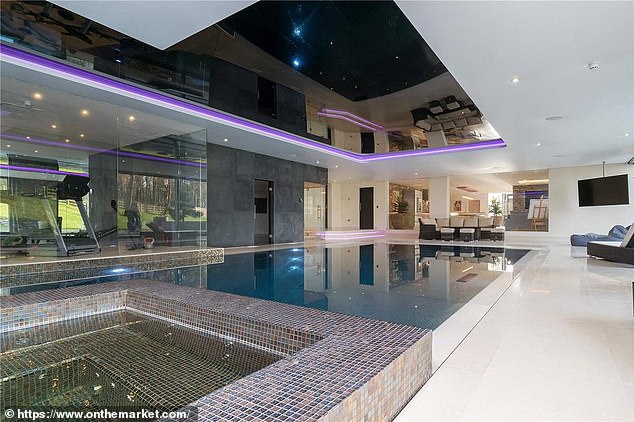 Photographs from inside the mansion reveal a swimming pool, gym and cinema room

United fans are delighted with his return and it shows, Ronaldo having already broken the record for most shirt sales just days after it was announced he would be taking back his iconic No 7.

And in a matter of just four hours, United had the highest day of online sales ever on a single sports merchandise site outside of North America.

And even more impressive was the first hour alone of sales best ever full day of global sales for United Direct, the official club merchandise site.

And The Sun reports that he has already laid down a marker to his new team-mates, telling compatriot Bruno Fernandes to inform the dressing room that he expects to win the Premier League this season.

‘The players and coaching staff now believe they have the best squad in the league and can win the Premier League this season,’ a United source told the outlet.

‘Ronaldo has also spoken to Bruno Fernandes and told him to tell the other players that they need to win it this year.

‘They need to work hard and start to believe in themselves. The players have not stopped talking about Ronaldo since he signed and they can’t wait to train and play alongside him.’

Ronaldo is now undergoing a five-day quarantine, with new signings not eligible for elite sport exemption under coronavirus rules.