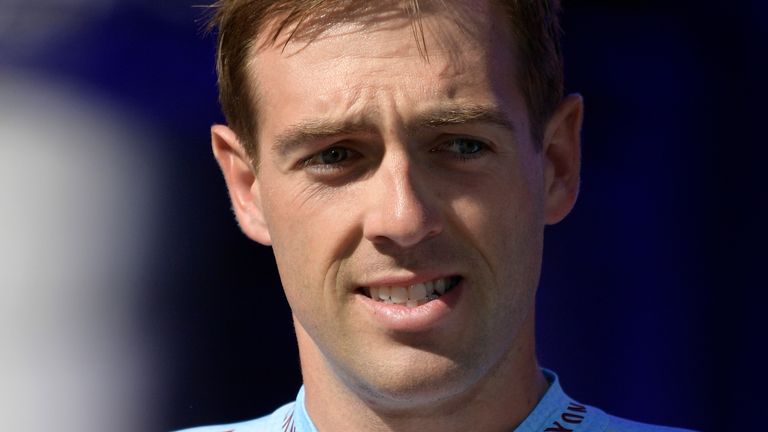 Alex Dowsett has been forced to postpone his attempt to regain the UCI Hour Record next month after testing positive for coronavirus.

The six-time British time trial champion was due to target Victor Campenaerts’ record at the National Cycling Centre in Manchester on December 12.

“I am really disappointed the attempt can’t go ahead as planned but my health is first and foremost the priority,” the 32-year-old said.

“I experienced mild symptoms so was tested as quickly as possible. We are already experiencing a nationwide lockdown here in England so the only difference to my days now are that I’m unable to go outside until my isolation period has ended.”

Dowsett, the only known elite athlete to have haemophilia and compete in an able-bodied field, was due to ride in support of his Little Bleeders charity and The Haemophilia Society.

He said the attempt was postponed, not cancelled, though no new date has yet been set as he must first focus on recovery.

“We have been lucky that all involved parties are still very much in support of the event and we are looking to announce a 2021 date as soon as possible,” Dowsett added.

“The advice has been to stay off the bike and not train while my body fights the illness, so I am keeping well at home and getting ready for the birth of my first child, which is very exciting.

“I’d like to thank everyone, the event organisers, event sponsors, my team, the UCI and above all the public for their support and very much look forward to attacking the record with the same intent in 2021.”

Though he will look to try at a different time, Dowsett had been hoping to use the strong form he showed at the end of the season as the foundation of his attempt.

He picked up his second career Grand Tour victory by winning from a breakaway on stage eight of the Giro d’Italia last month, and last week re-signed for two years with Israel Start-Up Nation, where he will be a team-mate of Chris Froome from next season.

Dowsett previously held the prestigious Hour Record in 2015, but for only 36 days before his distance of 52.937km was bettered by Sir Bradley Wiggins. Belgium’s Campenaerts set the existing record of 55.039km last year.