CONOR McGREGOR has been backed to silence the critics and gain revenge on Dustin Poirier – the same way he did against Nate Diaz.

McGregor was in 2016 beaten in the UFC for the first time, as Diaz submitted him in the second round of his famous win. 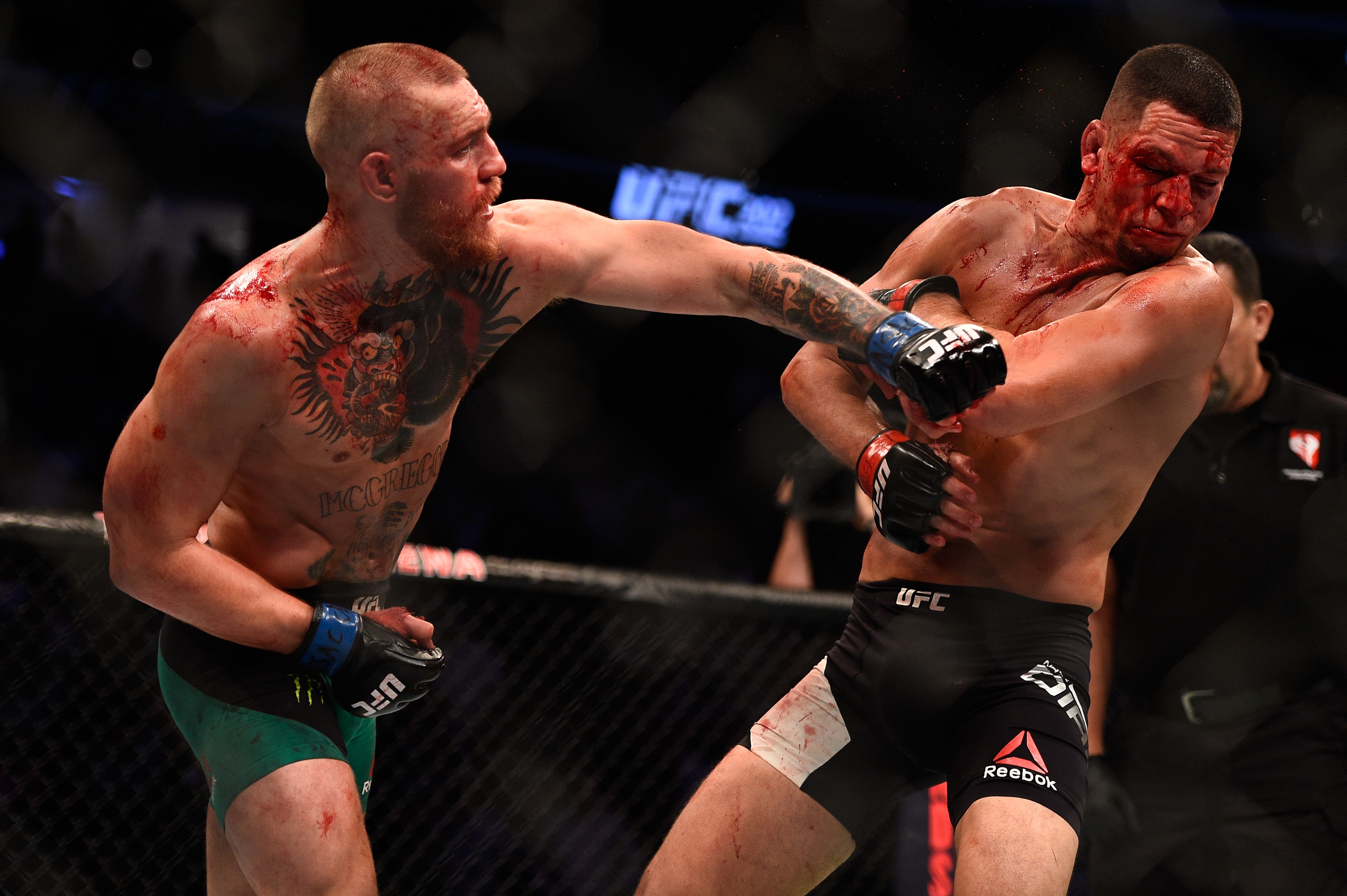 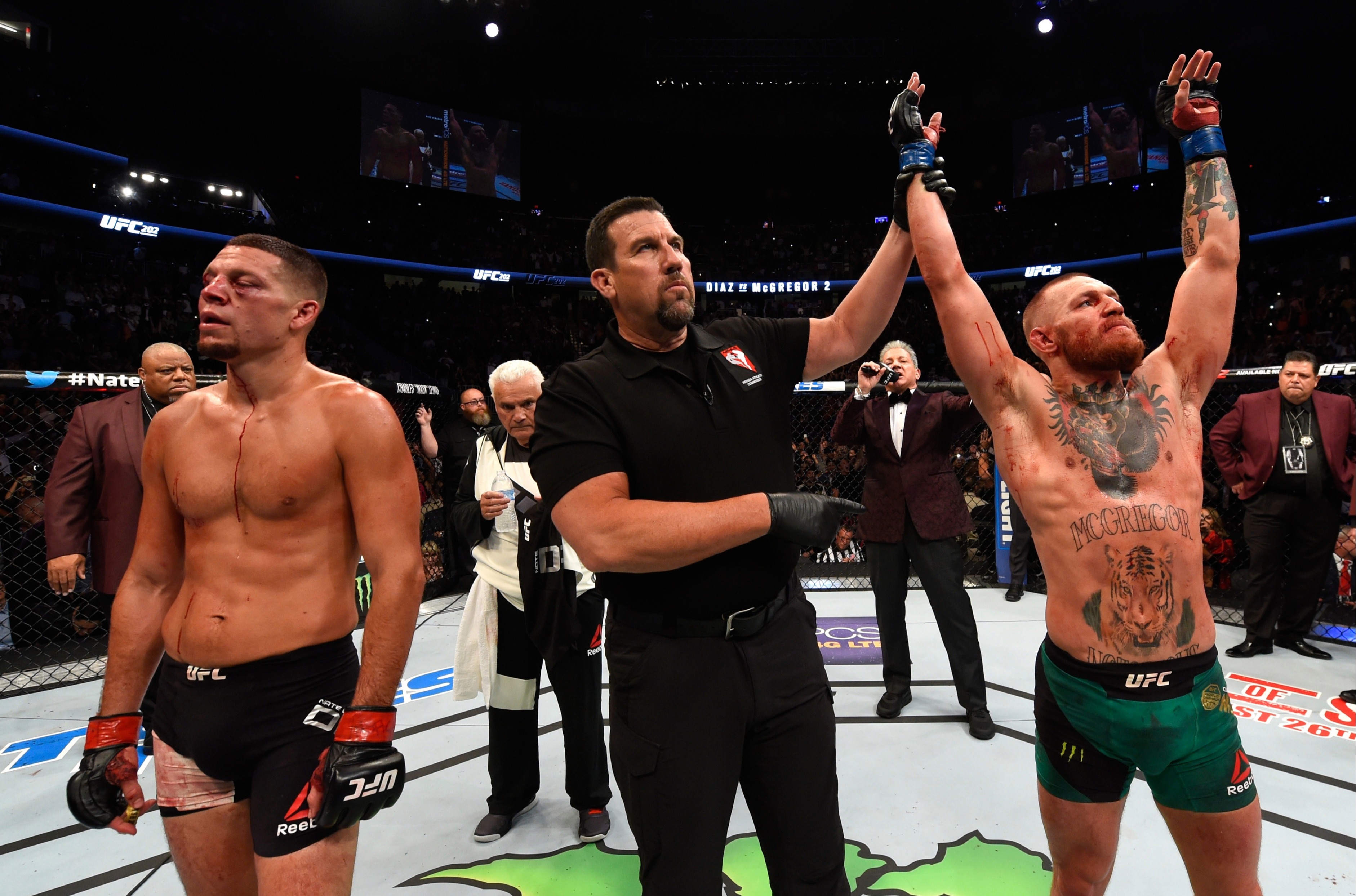 It sparked an eye-opening change of approach for the Irishman, who vowed to be more regimented, efficient and astute in preparation.

And it served him well as five months later he avenged the loss in a five-round thriller against Diaz.

Now, McGregor is facing those same questions from five years ago as he faces Dustin Poirier in a trilogy bout at UFC 264.

He knocked Poirier out in 2014 but was brutally stopped in two rounds when they rematched in January.

McGregor, more than ever, has it all to fight for but his training partner John Sheil, who was part of the Diaz rematch camp, is confident he can once again bounce back from the brink.

Sheil, 38, told SunSport: "Conor's abilities are so high, he knew in the Diaz thing he had to increase his cardio and conditioning and he had all the weapons to win the fight.

"He has all the weapons in his arsenal, whatever he was planning to do in the first fight, he has the abilities to do it again."

But with the help of Sheil's 12 weeks worth of sparring in Las Vegas, he was able to adapt and level the scoring with a classic at UFC 202.

Sheil is hoping it will be a similar story come Saturday night, having seen McGregor upset when he made his return after a year out in Abu Dhabi.

He said: "You can misfire sometimes, everyone says ring rust doesn't exist – they don't know what the f*** they're talking about.

"It's like when he got Diaz as a surprise, he got caught off guard, put in a full camp with Diaz and smashed him up.

"I think it's kind of the same with this one. He has all the weapons, when we spar, he's smaller than me and I don't think I have any good footage sparring Conor!

"With the couple of camps I was with him, he's such a high-performance athlete, Conor is like that, those left hands, those big explosions he finishes fights with, they use massive amounts of cardio and accuracy." 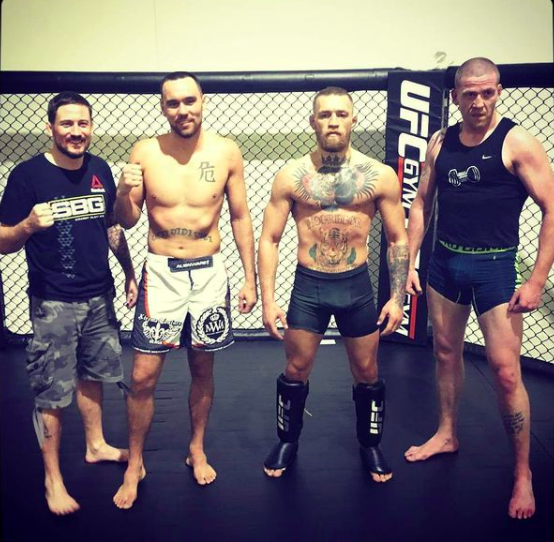 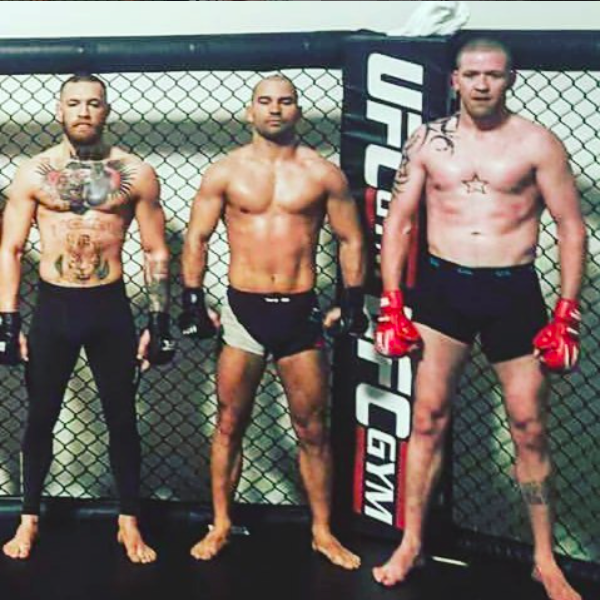 It is now six years since McGregor knocked out featherweight legend Jose Aldo, 34, in 13 seconds with a now-iconic left hand counter.

And Sheil recognises similarities between Aldo's tendencies and Poirier's, leaving him to predict an emphatic KO for his Straight Blast Gym-mate.

He revealed: "I think Conor's going to stop him in the second round.

"A KO or TKO late in the second round, that's just how I think it's going to go. Whenever he hit him, he hurt him.

"Poirier is extremely durable, and he comes in waves and he does that weird step where he does that one-two and he then falls into his next stance and continues. 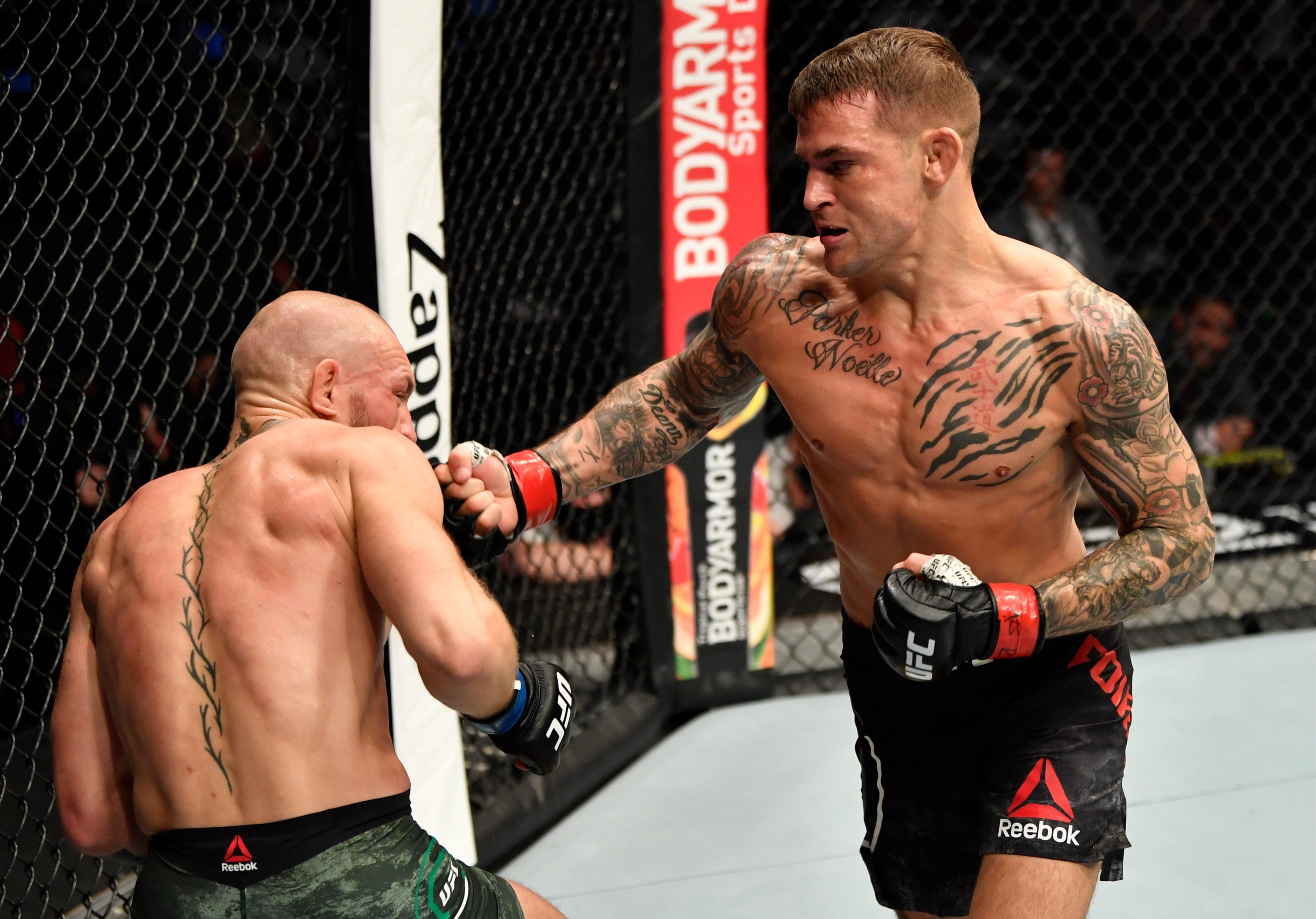 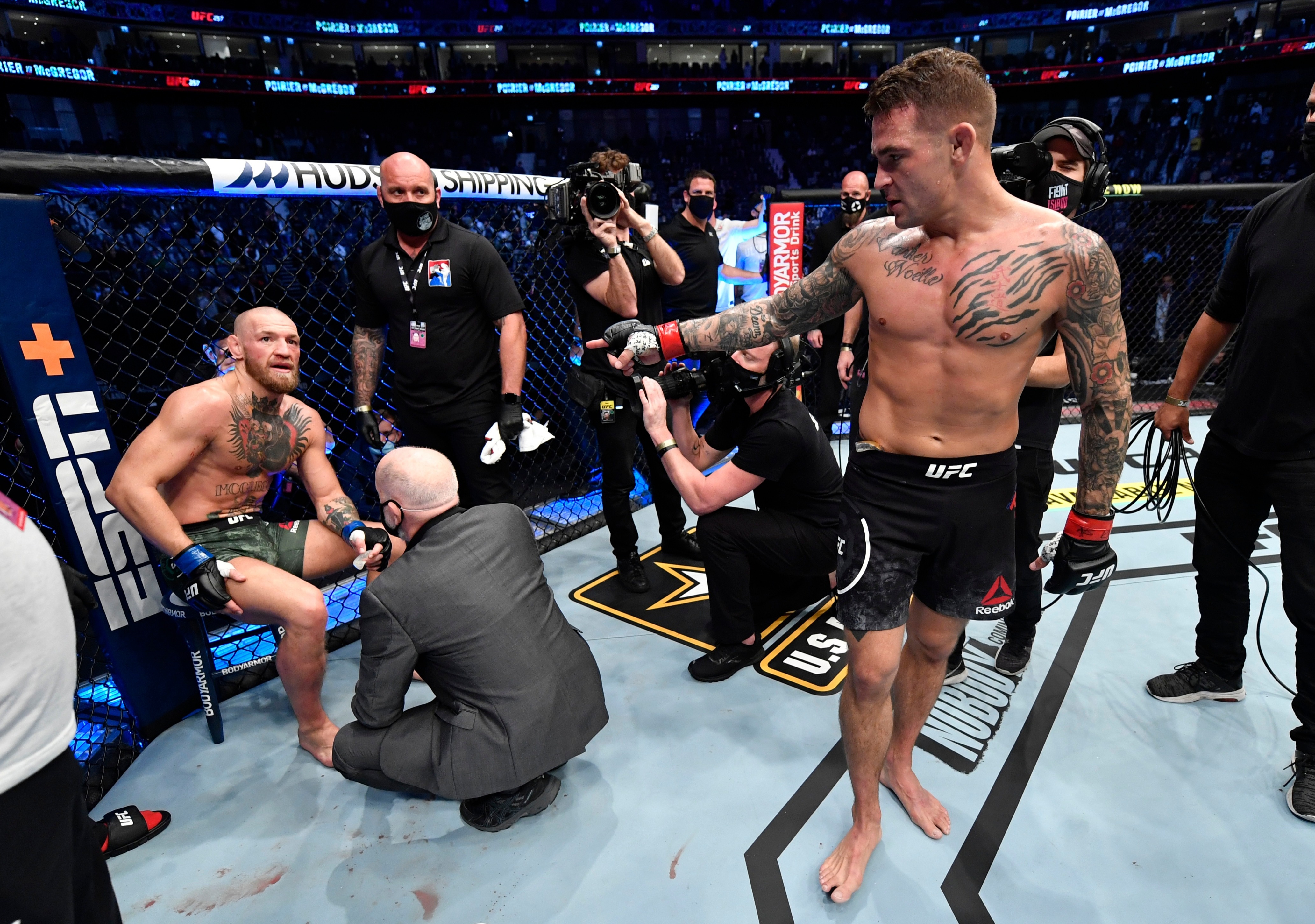