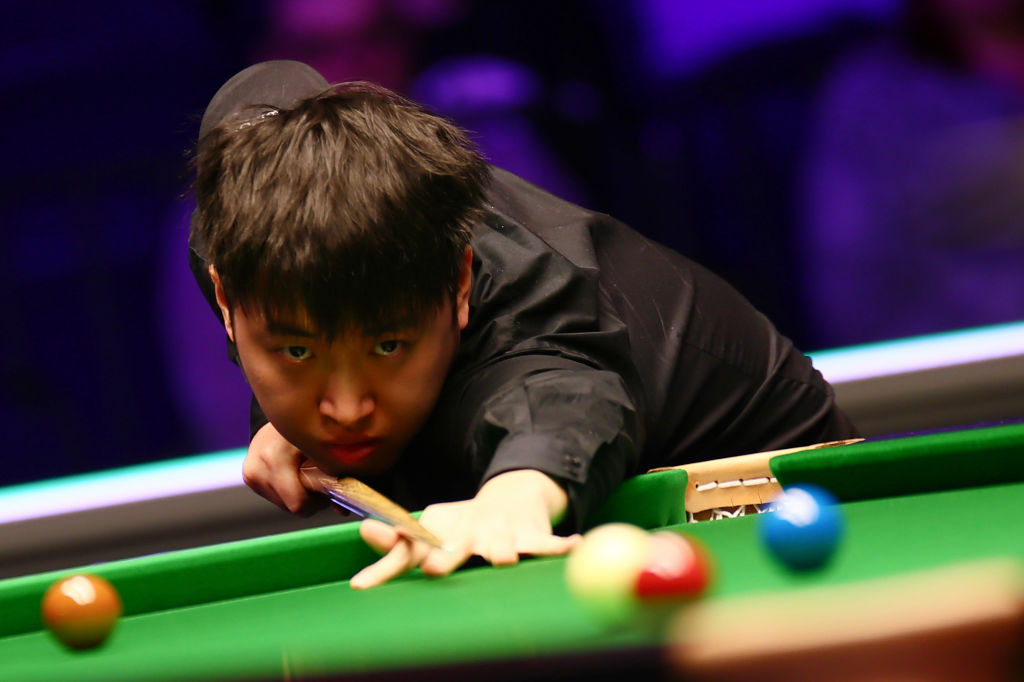 Chen Zifan has become the eighth player to be suspended from World Snooker Tour events as part of an ongoing match-fixing investigation.

On Friday 9 December Lu Ning, Li Hang, Zhao Jianbo, Bai Langning and Chang Bingyu were all banned from competing or attending events, with Liang Wenbo hit with a ban in October.

Yan Bingtao became the sixth player suspended on Monday 12 December and now Chen has also been barred from playing.

Chen, the 27-year-old world number 93 is the latest to be hit with a suspension as the World Professional Billiards and Snooker Association continue to investigate the scandal.

A WPBSA statement read: ‘WPBSA Chairman Jason Ferguson has taken the decision to suspend Chen Zifan from attending or competing on the World Snooker Tour with immediate effect

‘This decision is part of an ongoing investigation into allegations of manipulating the outcome of matches for betting purposes in breach of the WPBSA Conduct Regulations.

‘The suspension will remain in place until the conclusion of the investigation or any subsequent charges that may or may not be brought. Chen Zifan has the right to appeal this decision.

‘No further comment will be made except in the event of any significant further developments.’

Yan’s suspension earlier this month was the highest profile, as the current world number 16 and recent Masters champion, and because it came at the English Open after he turned up to play his first round match.

Ferguson explained how the suspension happened, telling Eurosport on 12 December: ‘Suspensions went ahead last week of some players.

‘Throughout [that process] we were presented with some new evidence, which meant that we needed to interview Yan Bingtao.

‘Yan Bingtao turned up this morning and he was interviewed at length by Nigel Mawer, our head of integrity. And as a result of that interview and discussions, I took the decision to suspend Yan Bingtao with immediate effect, pending any outcome of this investigation or any potential disciplinary proceedings which may follow.

He added: ‘We’re a long way down the road with this investigation. We’re constantly monitoring markets and everything else. We know what’s going on. And if any player thinks they can get away with it [match-fixing], by the way, they’re completely foolish because we can find it easily.

‘It won’t take as long as you think – I think we are quite well down the road.

‘Expose it, get it out there, deal with it, and we can move on with the professional sport that we’ve got.’