CHELSEA youngster Josh Brooking was given a straight red card for a last-man lunge during an Under-23s match with Manchester United.

The Premier League rivals' youth teams squared off on Friday night in a tight game that remained goalless going into the last half-hour. 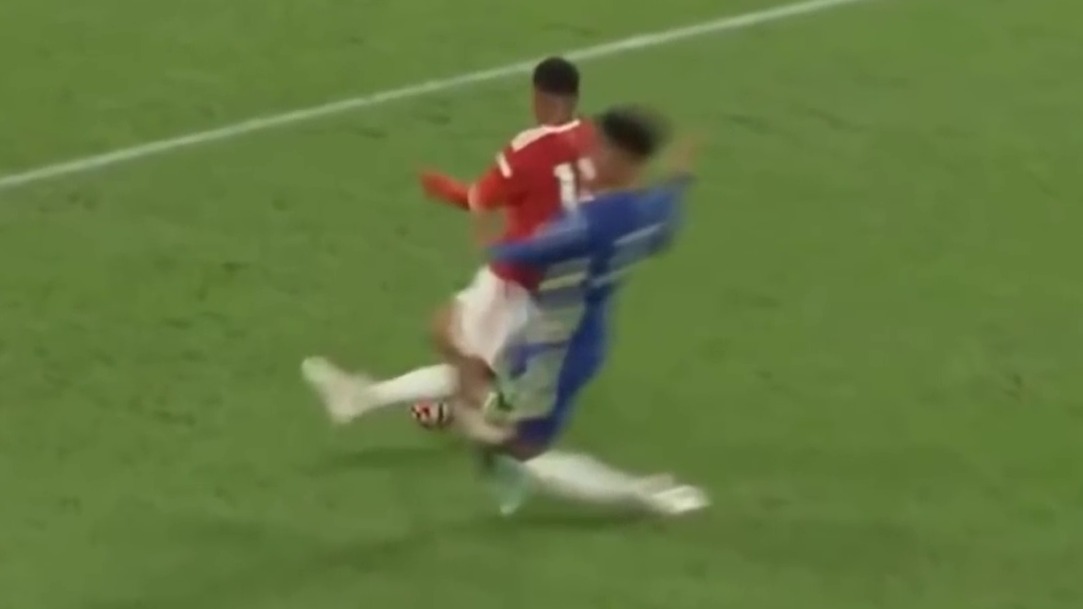 But Chelsea's task was made harder by centre-back Brooking getting sent off for a heavy challenge on 58 minutes.

United winger Dillon Hoogewerf ran through on goal after a pass over the top from Shola Shoretire.

Brooking got to his man after the ball had gone and ploughed through him, sending the Dutchman tumbling.

The former Reading prospect, 18, had at least avoided conceding a penalty – and stopped his man from having a shot on goal – but he paid a heavy price by receiving his marching orders.

Fans online were torn between whether the challenge warranted a red card or not.

While one viewer commented: "Yup, deserved. That was a nasty tackle."

And another posted online: "Clear red, but wouldn't call it very nasty. Something with malice or high injury potential is nasty, this is just sweeping him away."

Chelsea bounced back from the dismissal to lead through Harvey Vale's penalty but United stole a point late on thanks to Alvaro Fernandez.