FRANCE defender Jules Kounde's week went from bad to worse when he was SENT OFF for a crunching challenge on Bosnia's Sead Kolasinac.

The Seville star reportedly saw a move to Chelsea fall through at the last minute after his club raised his price by £13m to £56m. 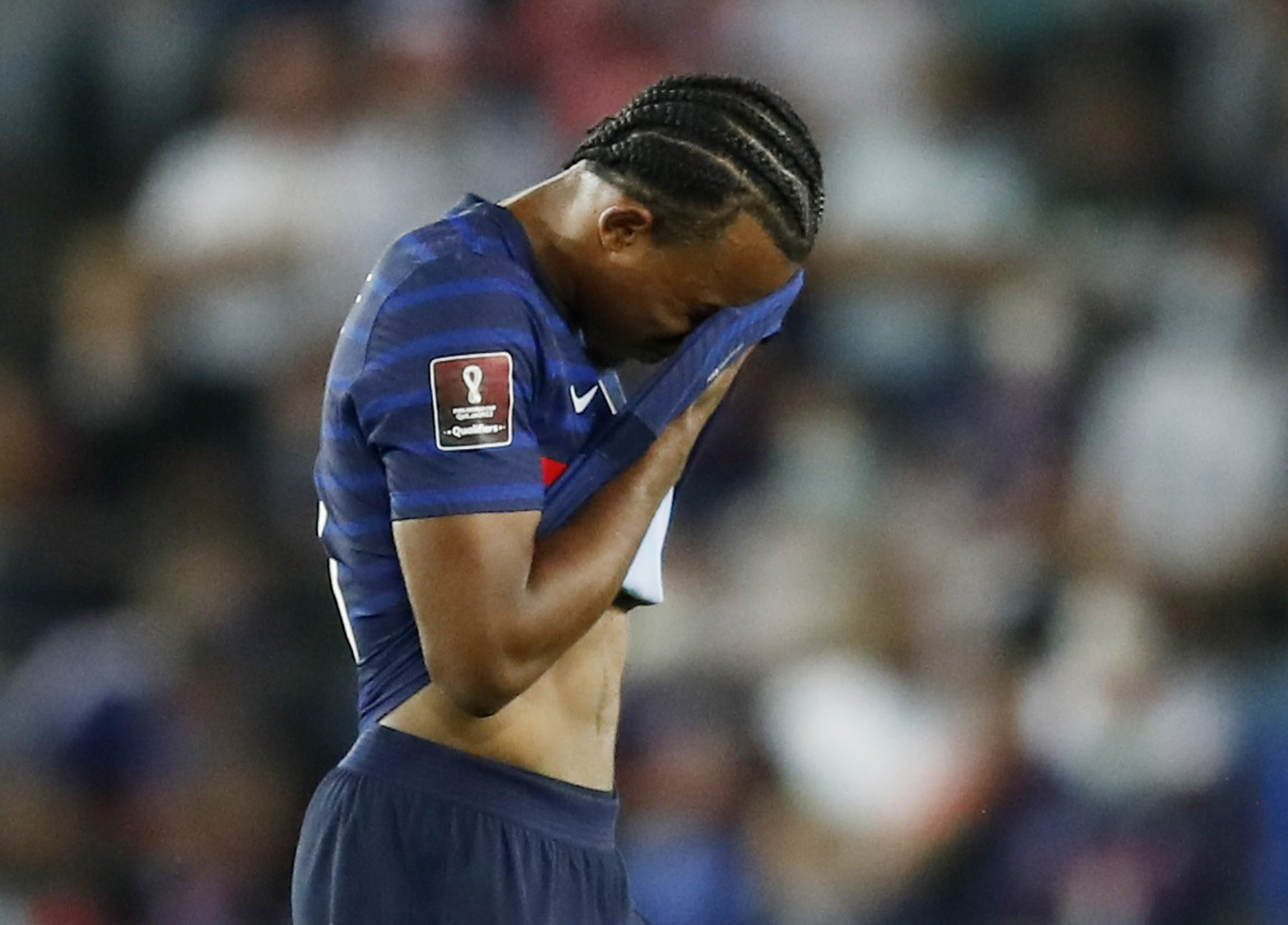 Kounde then travelled out with the French national team to face Bosnia, where they only managed a 1-1 draw in their World Cup Qualifier.

But the defender only lasted 50 minutes of the game.

He clattered into Arsenal man Kolasinac deep inside the opposition's half.

Kounde was originally given a yellow card by referee before VAR checked it over and upgraded it to a red.

Kolasinac was pretty hurt by the challenge and had to be substituted not long after.

Kounde's early bath finished off a bad week for the 22 year old.

Chelsea chiefs were said to have thought a verbal agreement was in place with the Spanish side.

But Sevilla requested more than the West Londoners felt was originally discussed and the Champions League winners decided to not increase their offer.

Kounde's release clause is set at £68.5m and Sevilla were reportedly hoping to earn close to the figure.