CHELSEA suffered a major Super Cup gaffe after spelling Jorginho's name wrong on the back of his shirt for the clash against Liverpool.

The Italian midfielder has been embracing his role under Frank Lampard but Blues fans could be forgiven for thinking he was a new signing. 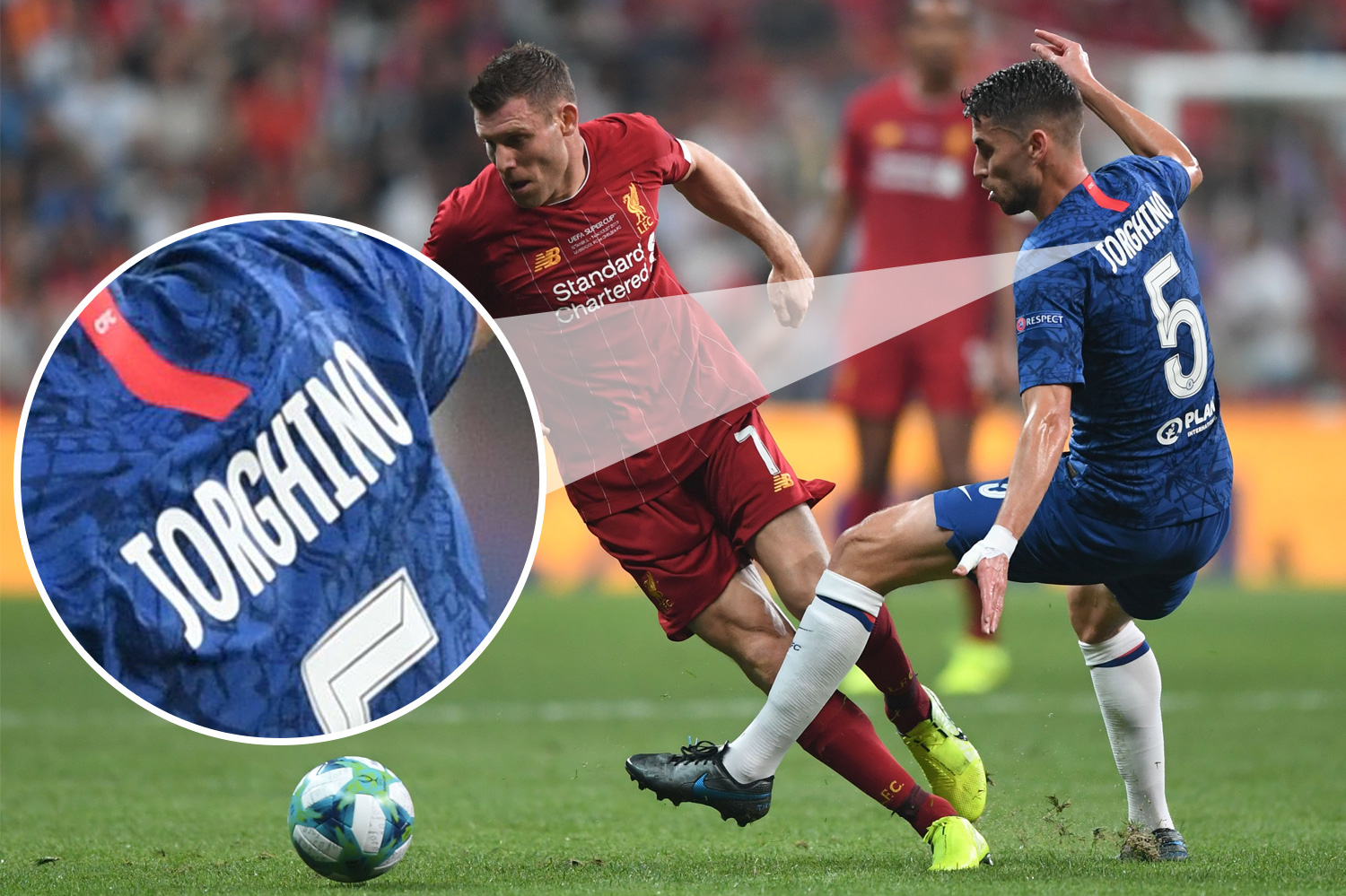 The 27-year-old lined up for the first All-English Super Cup clash with the Reds with his name wrongly spelt as "Jorghino" on his jersey.

However the huge blunder didn't seem to make any difference to the former Napoli man's performance as Chelsea finished the first half with a 1-0 lead.

The Blues survived an early Liverpool appeal for the penalty before taking control of the match, with Pedro smashing the woodwork with a well-hit effort.

Olivier Giroud then gave Chelsea a deserved opener before Christian Pulisic saw his first goal for the club ruled out for offside.

Jorginho's manager Lampard had equal reason to feel red-faced before kick-off after praising "hugely important" David Luiz in the match-day programme… just days before his deadline-day move to Arsenal.

The Chelsea boss labelled the Brazilian defender as a key player but seemingly underwent a major u-turn by then showing him the door.

Lamps could not give Luiz guarantees he would start for the Blues during a tense training-ground meeting last week giving the 32-year-old the green light to seal a switch to the Gunners.