BLUE POINT is approaching the defence of his King’s Stand sprint crown at Royal Ascot in top form.

The Charlie Appleby-trained five-year-old is all set for the five-furlong showpiece – and another clash with Charlie Hills’ Battaash, whom he beat by a length and three-quarters 12 months ago. 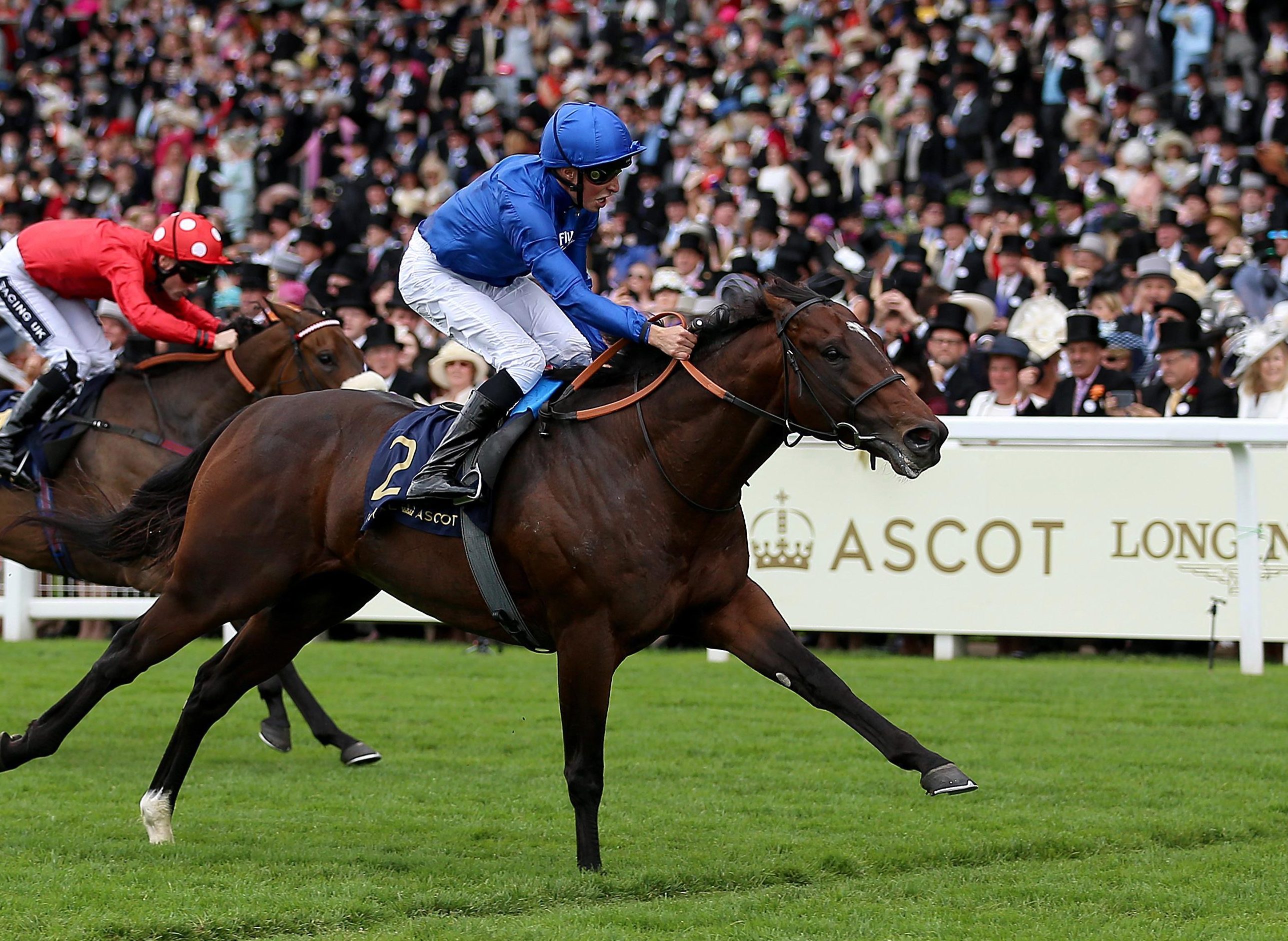 Blue Point will arrive on the back of three victories in Dubai, culminating in the Al Quoz Sprint on World Cup night, while Battaash looked back to his brilliant best on his reappearance in the Temple Stakes at Haydock.

Appleby said: “It is going to be exciting and this is what racing wants. If Battaash and Blue Point both turn up with their A game, it will be a great race.

“I know Battaash has taken over as favourite – and justifiably so after his reappearance – but I’m not afraid of taking him on again.

“It would be great to win back-to-back King’s Stands and as you know he is a horse we have held in high regard since his two-year-old days.

“He was flawless in Dubai winning his three starts, with the highlight the Al Quoz. His preparation is going well and we are looking forward to going back to Ascot.”

Another big runner on day one of the meeting for Appleby and Godolphin will be Barney Roy in the Queen Anne Stakes.

Formerly a high-class performer for Richard Hannon, a spell at stud was unsuccessful and he returned to training with Appleby.

After a promising comeback at Ascot, he ran out an impressive winner of a Listed race at ParisLongchamp last time out.

Appleby said: “I was delighted with his first start at Ascot when he finished second. He was entitled to go forward and he went to Longchamp and won cosily.

“He was in a bit of a pocket down the straight, but he showed his class and it was nice to get his head back in front before Ascot.

“He came out of the race in good order and we are looking forward to the Queen Anne.”