NEIL LENNON’S toughest task this season may not be clocking up an historic 10-in-a-row after all.

It could be keeping his talismanic striker Odsonne Edouard from the clutches of the first ambitious Premier League club willing to make Celtic an offer they can’t refuse. 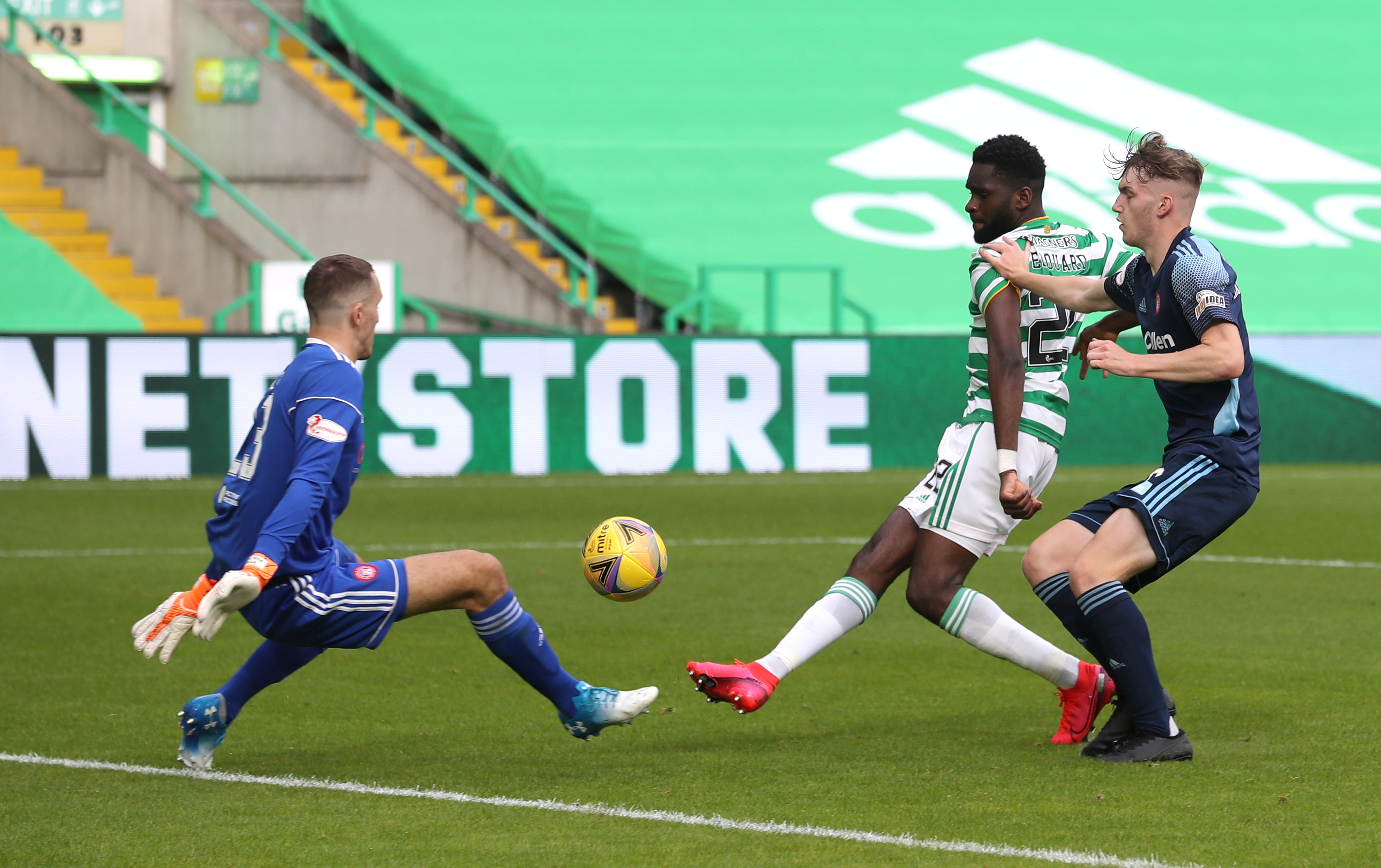 Head scouts from all of England’s big-hitters are already well aware of the 22-year-old French striker who scored 28 goals in 45 appearances in all competitions, before the Scottish league was prematurely called in March.

Yesterday the former Paris Saint Germain academy kid carried on where he had left off, taking less than an hour to bag an opening day hat-trick to underline why Celtic value him at £40million.

When Premier midfielders like Jack Grealish and James Maddison are valued at £80million, an out-and-out goal scoring machine like Edouard looks a real snip at around half the price.

It now seems just a matter of time before someone nips across the border and takes the plunge to snap up the French Under-21 international.

Poor Lennon wouldn’t have known whether to laugh or cry at the end as Edouard’s goals returned Celtic to their familiar perch at the top of the table.

The downside was in doing so he sounded a klaxon horn – alerting every big-spending Premier club he is ready to parade his skills at a higher level.

“He’s got so much to his game but what has pleased me over the last 12-15 months is the amount of goals he’s scoring. Really important goals and all different types of goals. The first goal is a real strikers’ goal and I love those.” 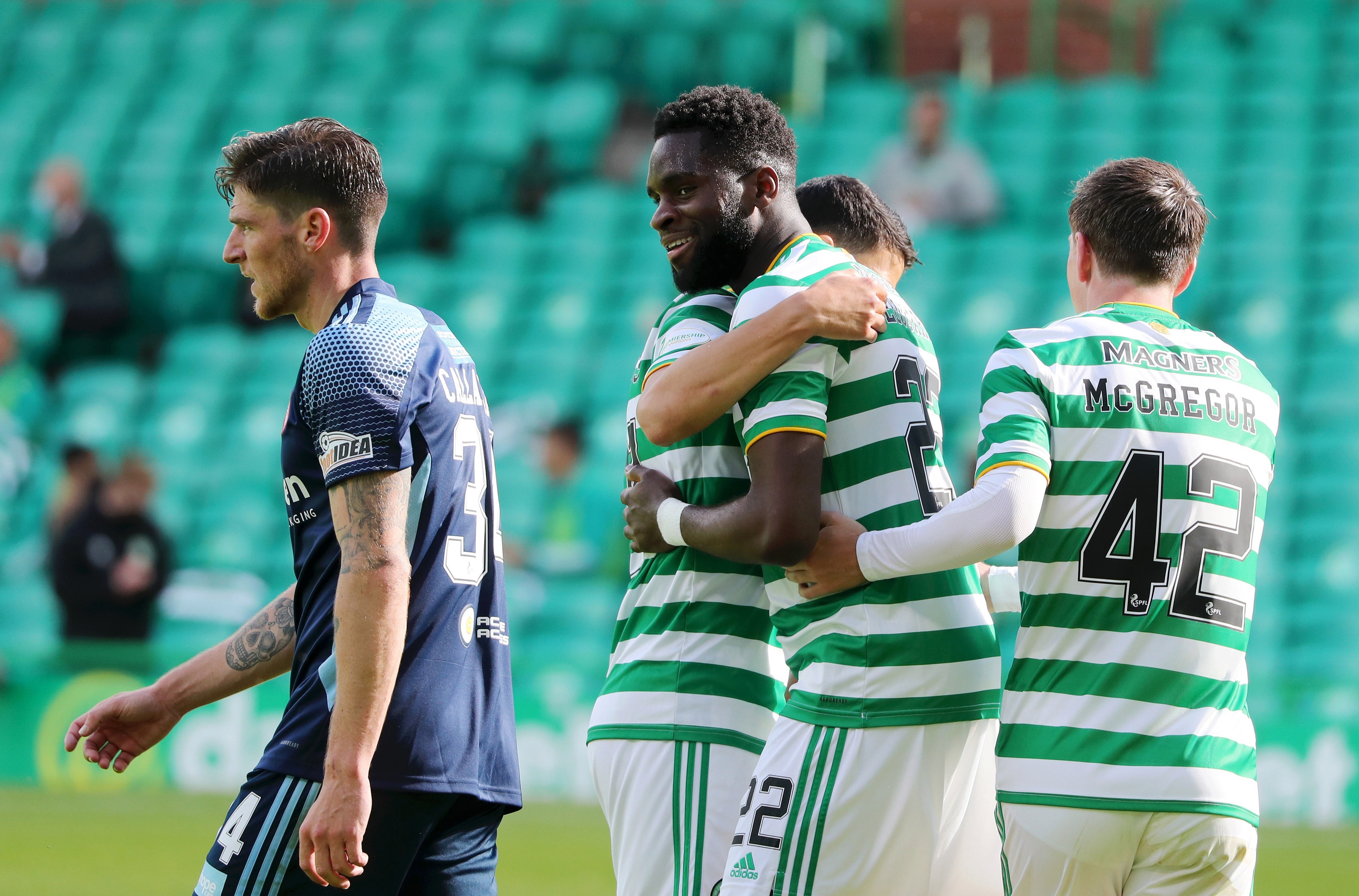 But like most of Scotland’s lesser clubs they had no answer to the 6ft 2” French striker’s pace, power and finishing prowess.

The visitors threatened to nick a shock opener when David Moya headed wide with the Celtic goal at his mercy.

Edouard then ruthlessly showed how it should be done when he then tucked away a teasing low cross from left-back Greg Taylor to open his account for the season.

Lennon's side swiftly doubled their lead when Taylor provided an identical delivery for right-back Jeremie Frimpong to finish off.

And though Scott Martin pulled one back for Hamilton before the break – with a shot which took a double-deflection off Callum McGregor and Christopher Julien – Edouard struck again within three minutes of the restart to kill off their faint hopes.

“He’s a terrific footballer, a really good footballer and it’s important Celtic hold on to him.

“He must be the best they’ve had post Larsson and Hartson. There’s so much to his game. He has the ability to hold the ball up but he also has the strength, the power, he looks as if he has everything.”

New signing Patryk Klimala replaced Eduoard with four minutes remaining and the 22-year-old Pole made it 5-1 with his first competitive goal for the Glasgow giants.

At least Lennon might have unearthed a ready-made replacement – when the inevitable happens!