PIERRE-EMERICK AUBAMEYANG twice refused to commit his future to Arsenal after his double fired them to FA Cup glory.

Skipper Aubameyang scored either side of half-time to help the Gunners come from behind to win 2-1 at Wembley, and earn a place in next season's Europa League. 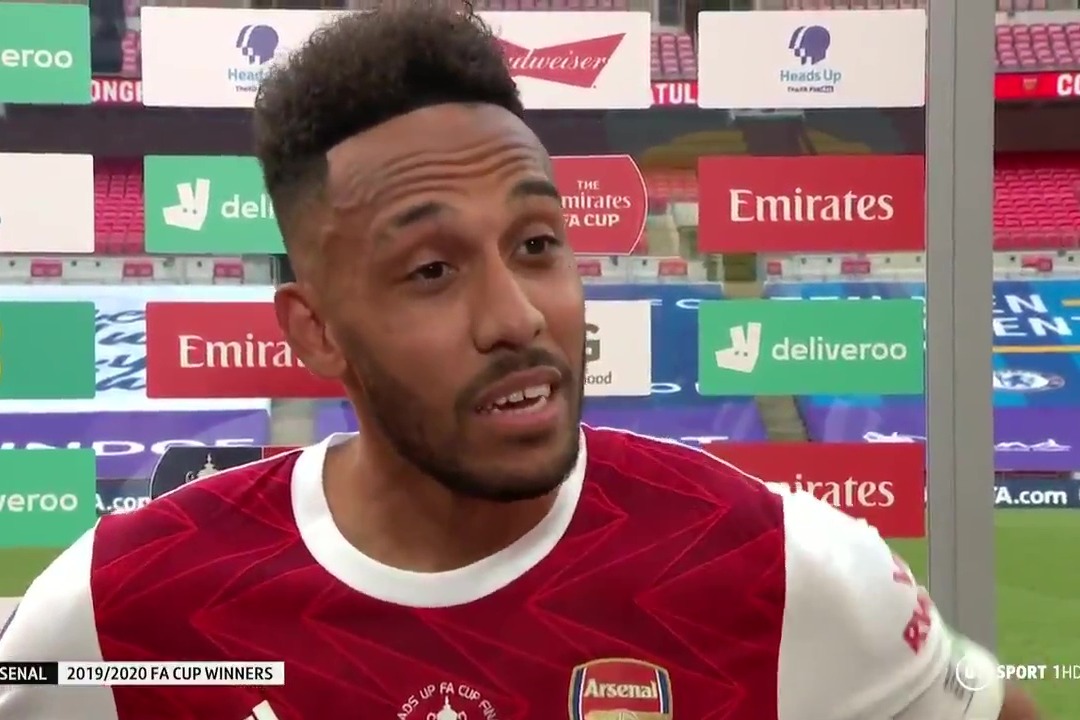 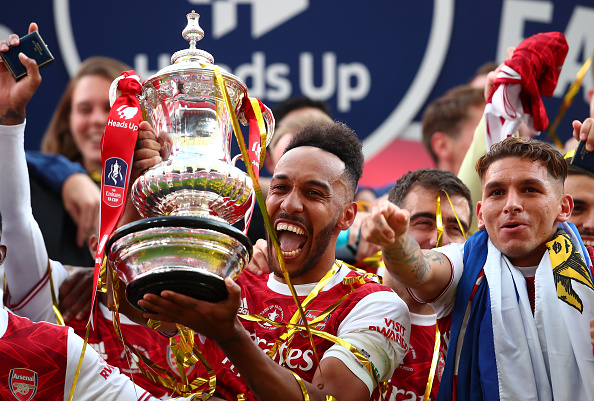 But asked if he could tell fans anything about his future, the Gabonese striker – who has been linked with Barcelona – said: "Nothing. Just today and the trophy. That's it.

"I am not thinking about this. I just want to enjoy it with the guys and take the trophy now."

That was enough to convince BT Sport pundit Rio Ferdinand that the Arsenal skipper is leaving.

Gunners boss Mikel Arteta was more optimistic, insisting Aubameyang WILL extend his contract, which runs out next season.

Asked if the Gabon international will agree a new deal, Arteta told the BBC: "I think he will, yes.

"He knows what I think about him. I want to build the squad around him. I think he wants to stay and it is just about getting the deal done.

"But I think these moments will help him to realise and believe that we are in the right path and he is a big part of that.

"He is loved by everybody at the club. Hopefully he can continue with us."

This was Aubameyang's second Wembley double in a matter of weeks after he was also the hero in Arsenal's semi-final win over Man City.

Speaking after full-time, he added: "I think everyone gave their best today and we deserved it. The journey has been long but today we enjoyed it.

"It was a great evening, I will enjoy it tonight for sure.

"It was a poor start but everyone reacted with the right attitude and we did it.

"I am so happy for the team and the boys."