The Houston Astros will be playing for a World Series title for the third time in five years.

Houston held off the Boston Red Sox in Game 6 of the American League Championship Series on Friday, 5-0, and won the series 4-2 to get back to the World Series for the first time since 2019. 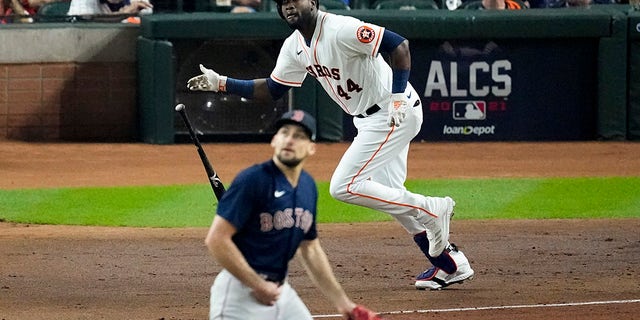 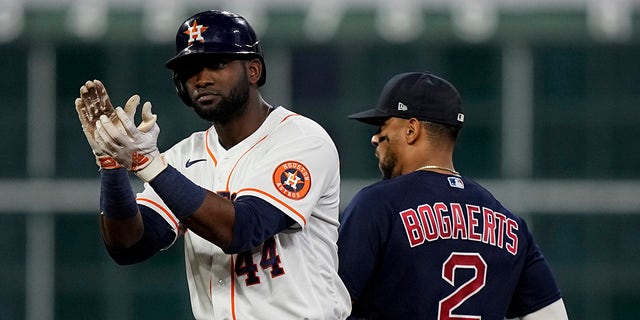 Alvarez finished 4-for-4 with a run scored and an RBI. He was named the ALCS MVP.

Astros reliever Kendall Graveman walked J.D. Martinez and then Alex Verdugo singled. Graveman faced off against Travis Shaw and struck him out and as Verdugo tried to steal second base Maldonado fired a missile to Carlos Correa who was waiting and put the tag on the stealing outfielder.

The double play ended the inning and took any momentum away from the Red Sox.

Garcia was named the starter for the game and pitched masterfully.

He went 5.2 innings allowing one hit and striking out seven. It was a big bounce-back performance after only going one inning and allowing five runs in Game 2’s loss. 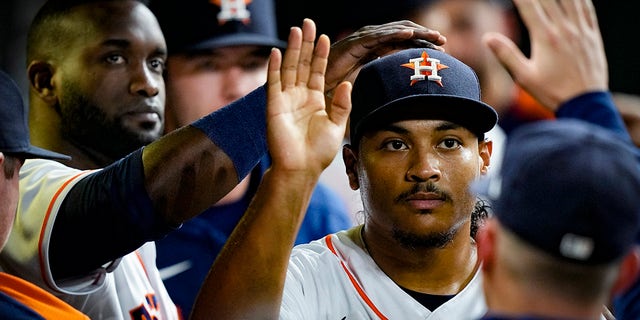 Houston Astros starting pitcher Luis Garcia is greeted in the dugout after leaving the game during the sixth inning in Game 6 of baseball’s American League Championship Series against the Boston Red Sox Friday, Oct. 22, 2021, in Houston.
(AP Photo/David J. Phillip)

Houston would close out the game without any further issues.

The team last won the championship in 2017 but the run was marred in scandal a few years later when the team was found to be using technology to steal signs during the regular season. The team will get a chance to really fight back against the critics and pick up the franchise’s second title in its history. 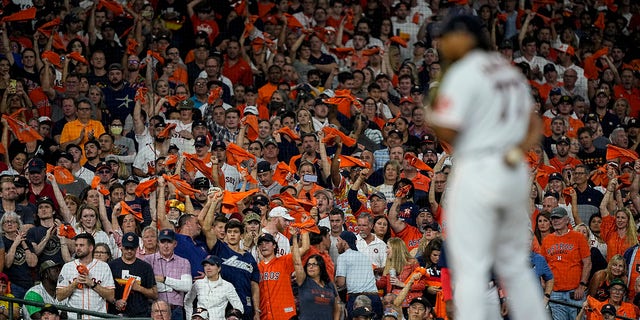 Boston’s lack of offense over the last two games of the series proved to be the difference-maker at the tail end of the season. Boston only scored three runs in its final three games of the ALCS.

The Red Sox were held to two hits on Friday. Kiké Hernández and Verdugo were the lone players with hits for Boston.

Boston starter Eovaldi gave a valiant effort. He allowed one run on five hits in 4.1 innings.

Houston awaits the winner between the Los Angeles Dodgers and Atlanta Braves. World Series Game 1 is set for Tuesday.