ARSENAL are reportedly on the verge of adding Brazilian midfielder Arthur Melo to their depleted midfield.

The Gunners are said to be close to finalising a loan deal for the former Barcelona talent from Juventus until the end of the season, as they look for cover for Thomas Partey and Mohamed Elneny, who are on AFCON duty. 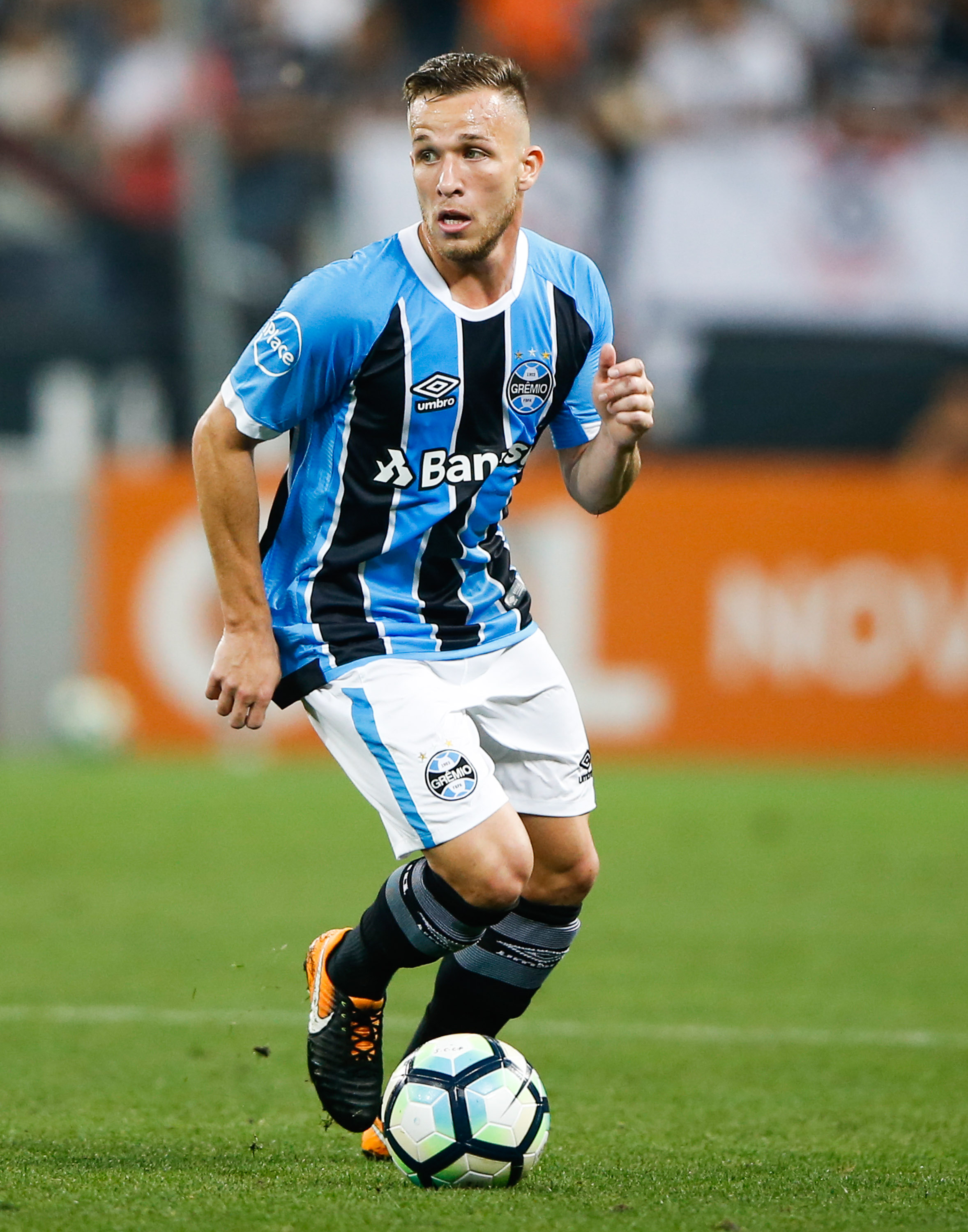 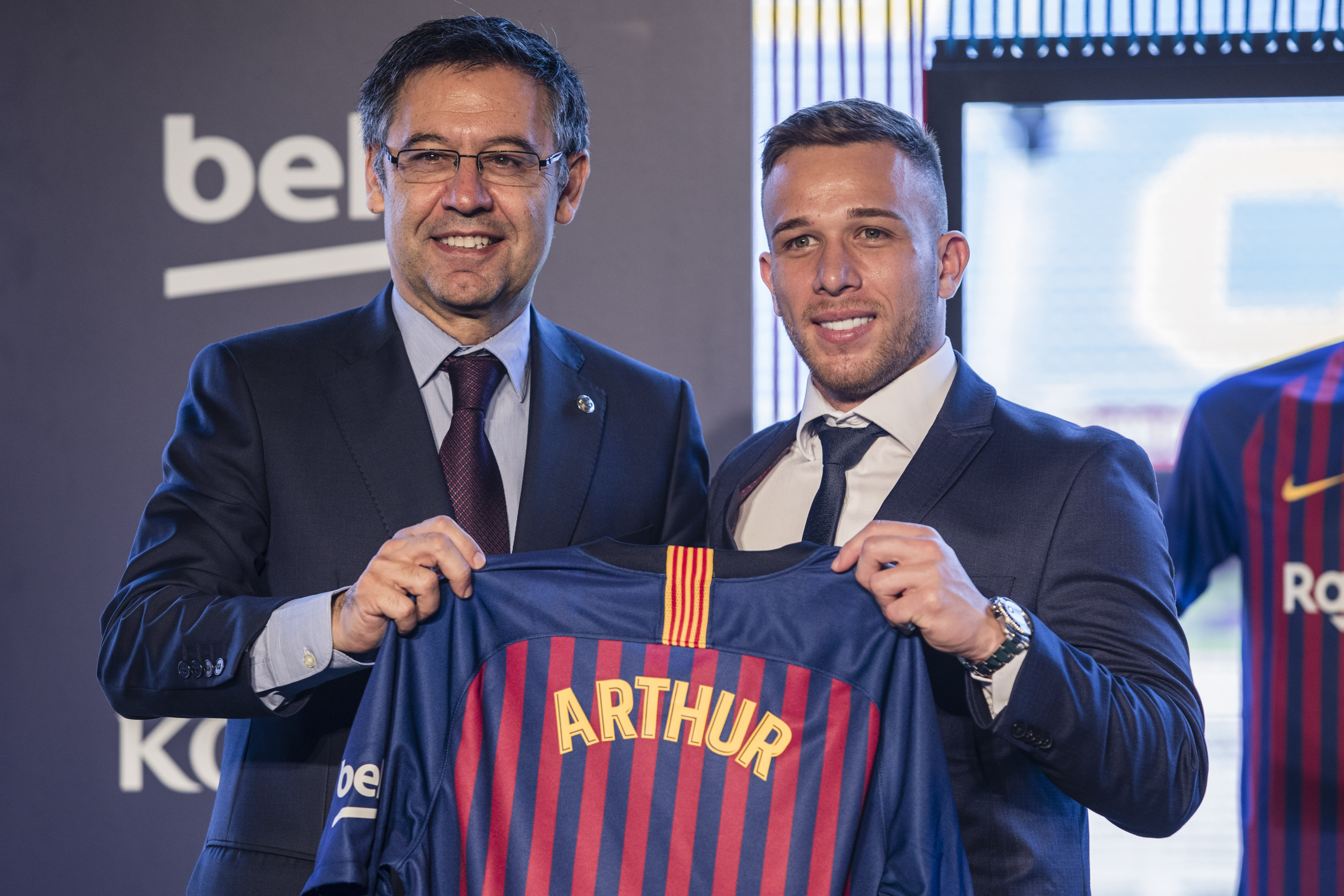 Back in his homeland, the now 25-year-old was compared to former Spain playmaker Andres Iniesta when he played for Gremio, winning Brazil's league twice, as well as a Copa Libertadores – South America's Champions League.

The heartbeat of his side, it was no wonder he was picked up by the Catalans in a £30million deal to replace the departing Iniesta in 2018.

However, he struggled to assert himself at the Nou Camp and when Juventus offered Barça £70m for the talent last summer, he was on the move again.

And it's been a similar story for Arthur, who has hardly featured under Massimiliano Allegri in Turin and has struggled with the physicality of the Italian game.

Could he find his feet again in North London?

Blackburn vs Middlesbrough stopped due to 'medical incident' in crowd

Aged just 21, Arthur seemingly had the world at his feet.

He was touted as the best thing to come out of South American football since Gabriel Jesus, who has since gone on to star at Manchester City, when he emerged like a phoenix from the flames at Gremio.

The Imortal Tricolor faithful adored him, andhe led the club to a glorious period of success.

Arthur was instrumental in their run to the Copa Libertadores final, before they defeated Lanus in the two-legged final.

And it was easy to fall in love with him as a player.

Again, like Iniesta, his balance and technique allowed him to give and receive the ball anywhere with ease, while keeping possession and moving the ball with intelligent passes.

Alongside Barcelona, an unnamed Premier League club was said to be keeping tabs on the youngster.

It was the LaLiga side, though, who moved first. 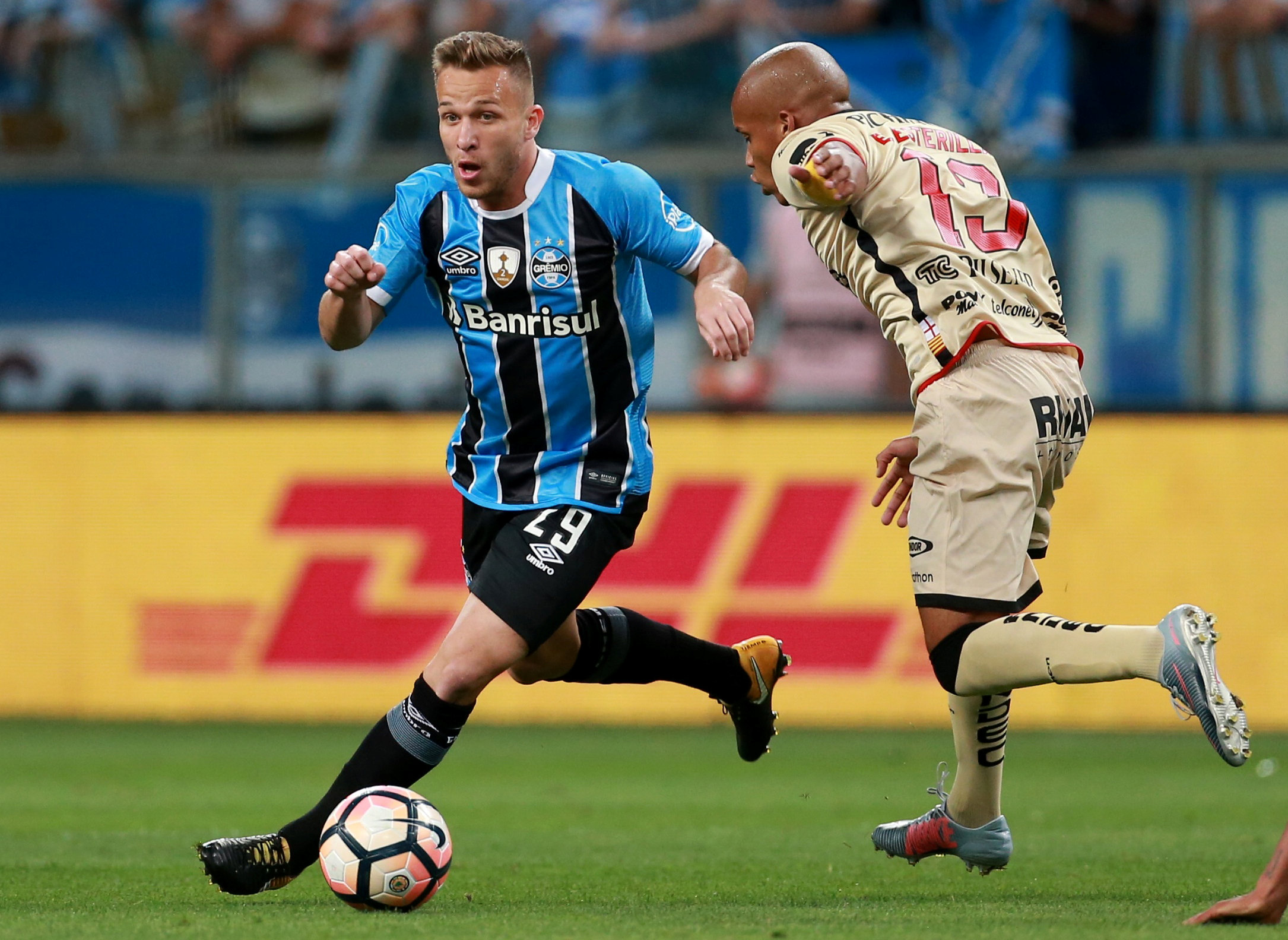 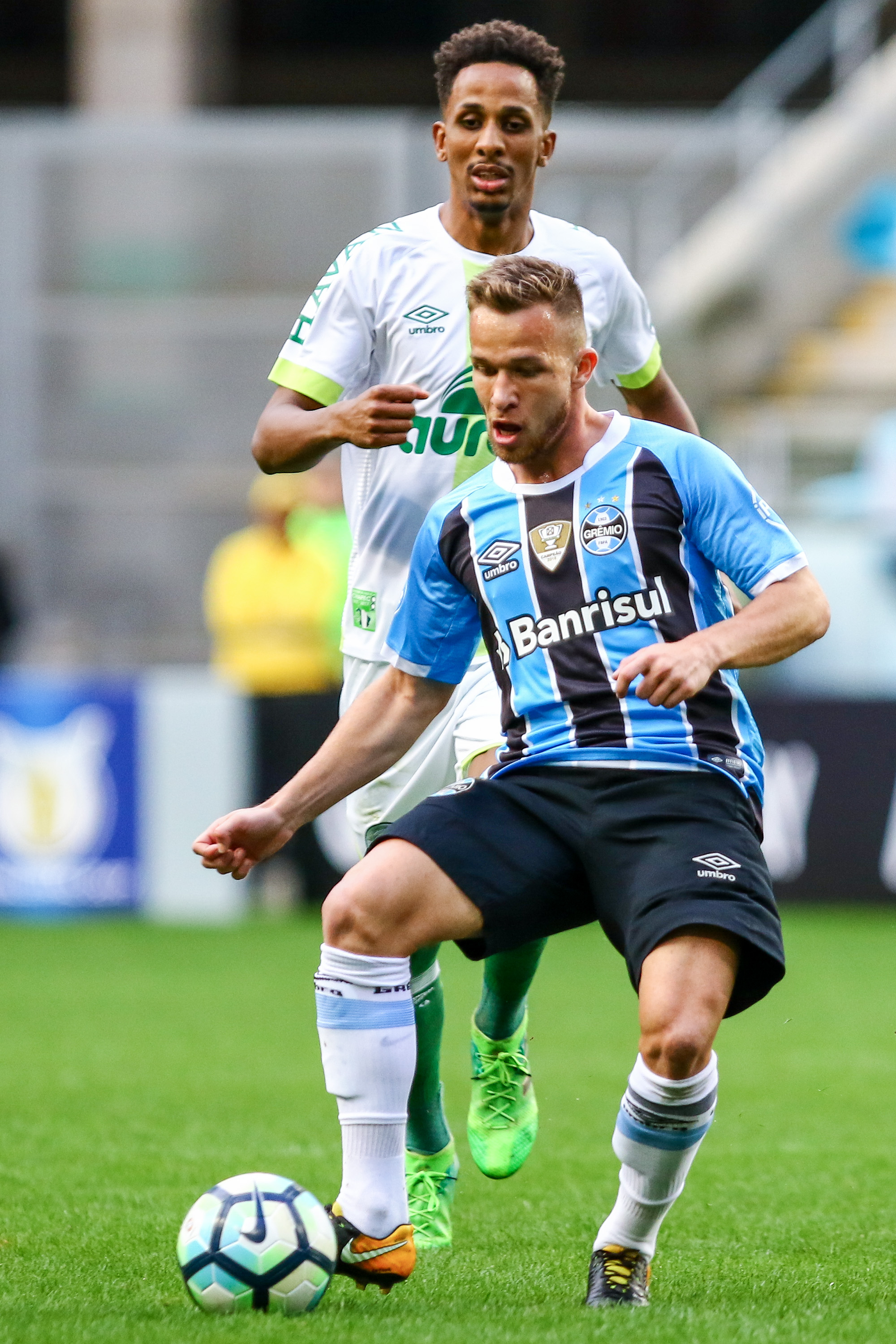 Heavy is the crown

A month before Iniesta announced he was quitting Barcelona for a bumper pay day in Japan, the club agreed a deal in principle with Gremio for Arthur.

The mammoth £30million fee showed exactly what they thought of the deep-lying playmaker.

This was the man they would build their side around, signing Arthur up on a six-year contract.

But, whether it was the burden of filling Iniesta's shoes or adapting to a European league, it didn't work out as they had hoped.

There was public criticism from boss Ernesto Valverde and team-mate Luis Suarez.

Barbs included digs at his positional play and his reluctance to pass the ball forward.

Clearly, it was a confidence issue that was hindering his progress. But it was obvious after a while that Barcelona wasn't going to be the club for him. 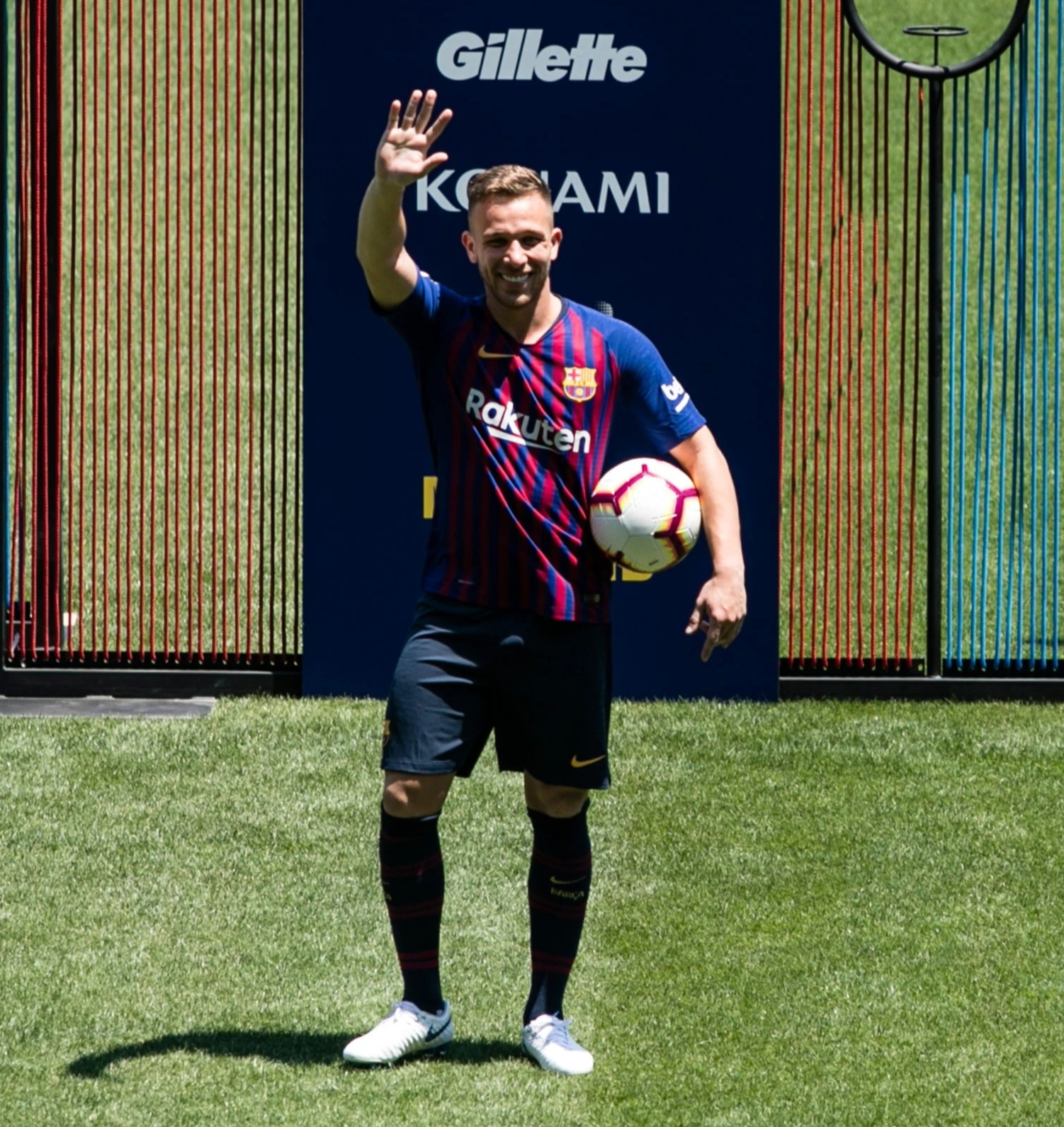 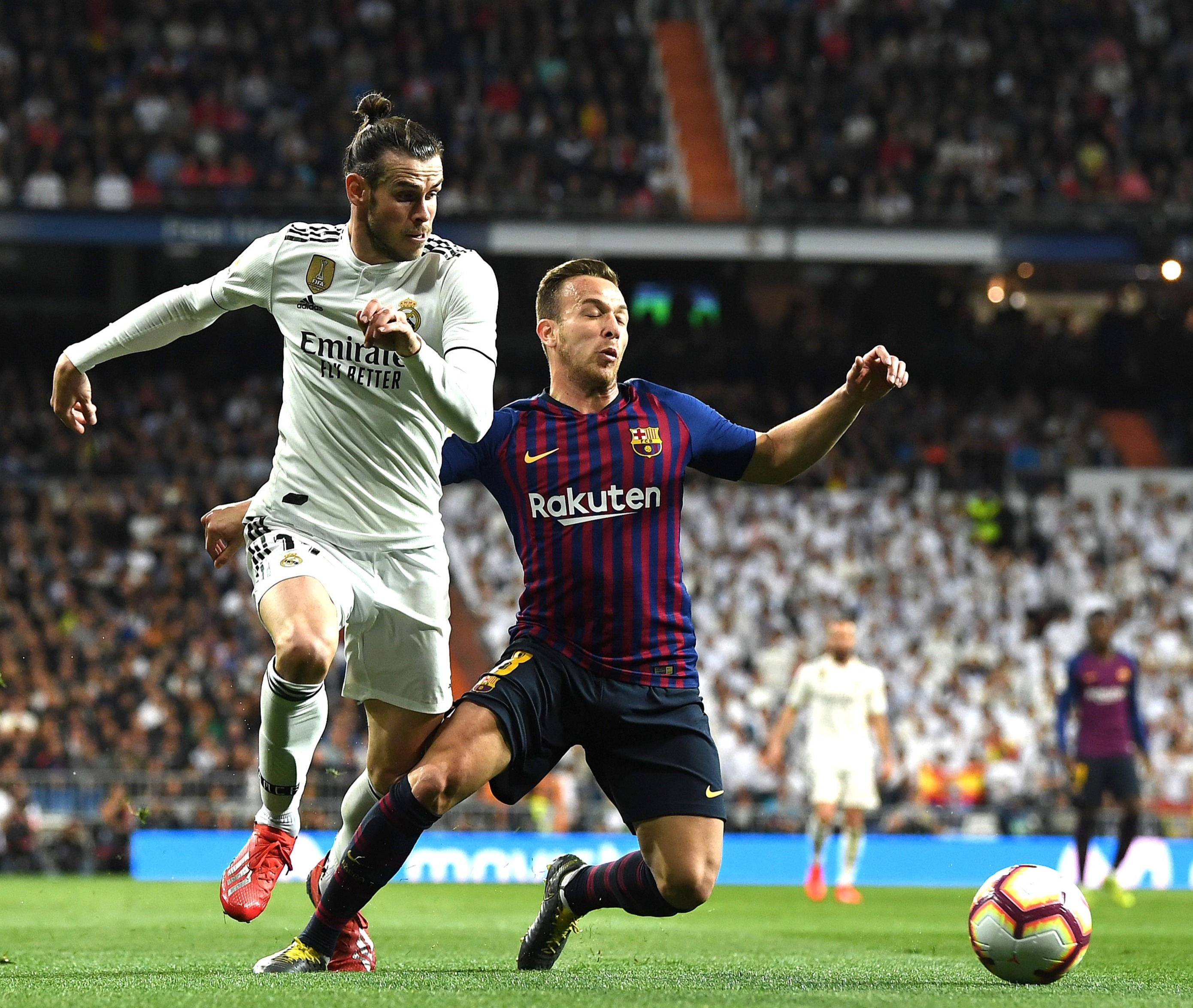 Sold to the highest bidder

After two seasons at Barcelona, Arthur was on the move again.

A huge £70million offer by the Old Lady of Serie A was too much for a club beginning to feel the financial strains of the coronavirus pandemic to turn down.

There was ill-feeling as he departed. At his Juventus unveiling he talked of unrest.

"There was more noise than I would have liked," Arthur said.

"Once I knew that I was going to leave, I wanted to do things well. Barcelona had given me a lot. They were the club that opened the door to Europe for me, a dream I'd had since I was a kid. They are a club with a great history and with a great history of Brazilian footballers.

"I don't know if (the club) behaved well, that's always subjective and I am sure they will believe they did. It's difficult to talk. I have my version, my story and I would have liked some things to be different but maybe for them everything was as it should have been.

"I am sure they will believe they did things as they should have done them. But it's in the past now. Now I am at a great club with serious people who can help me with many things." 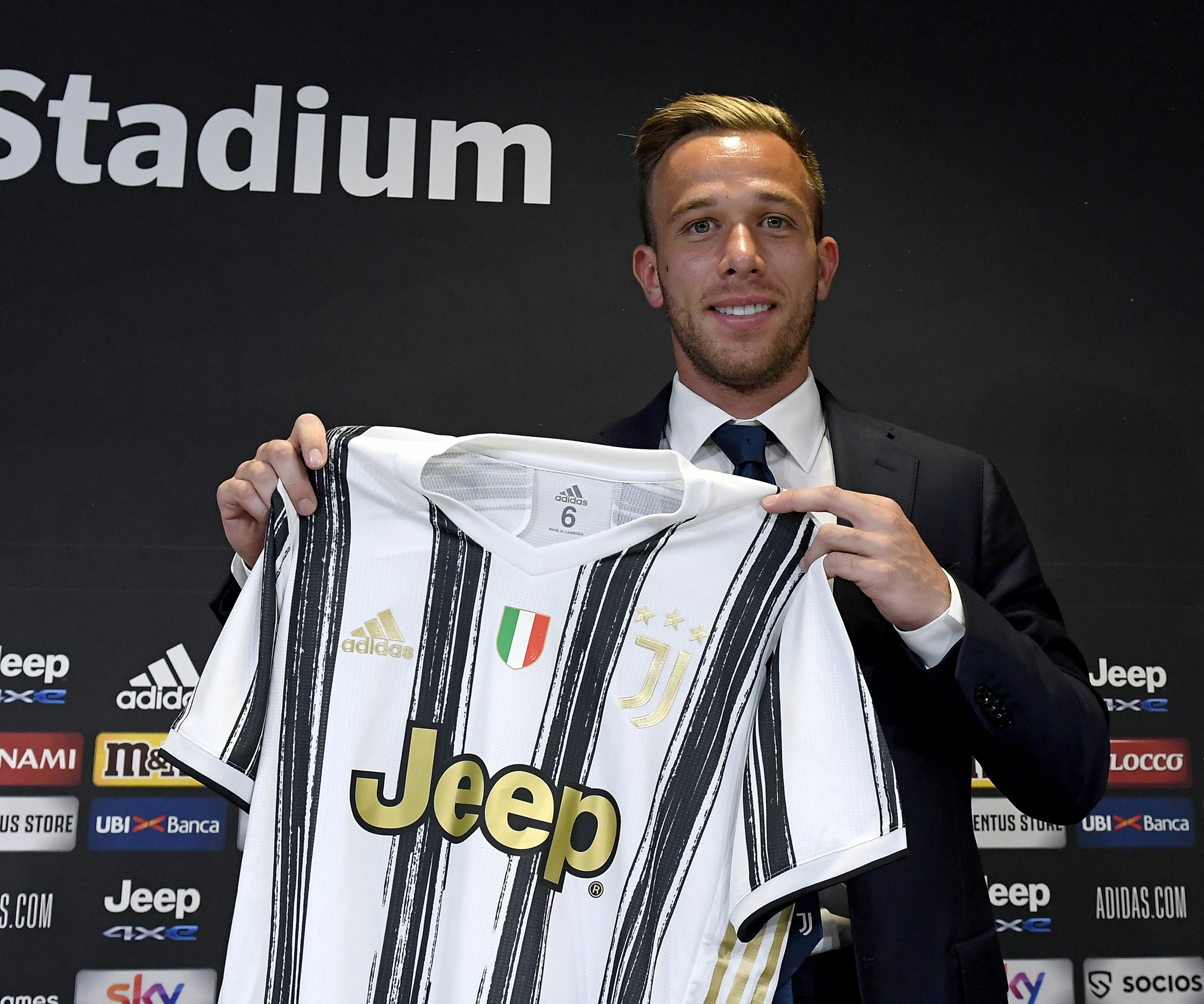 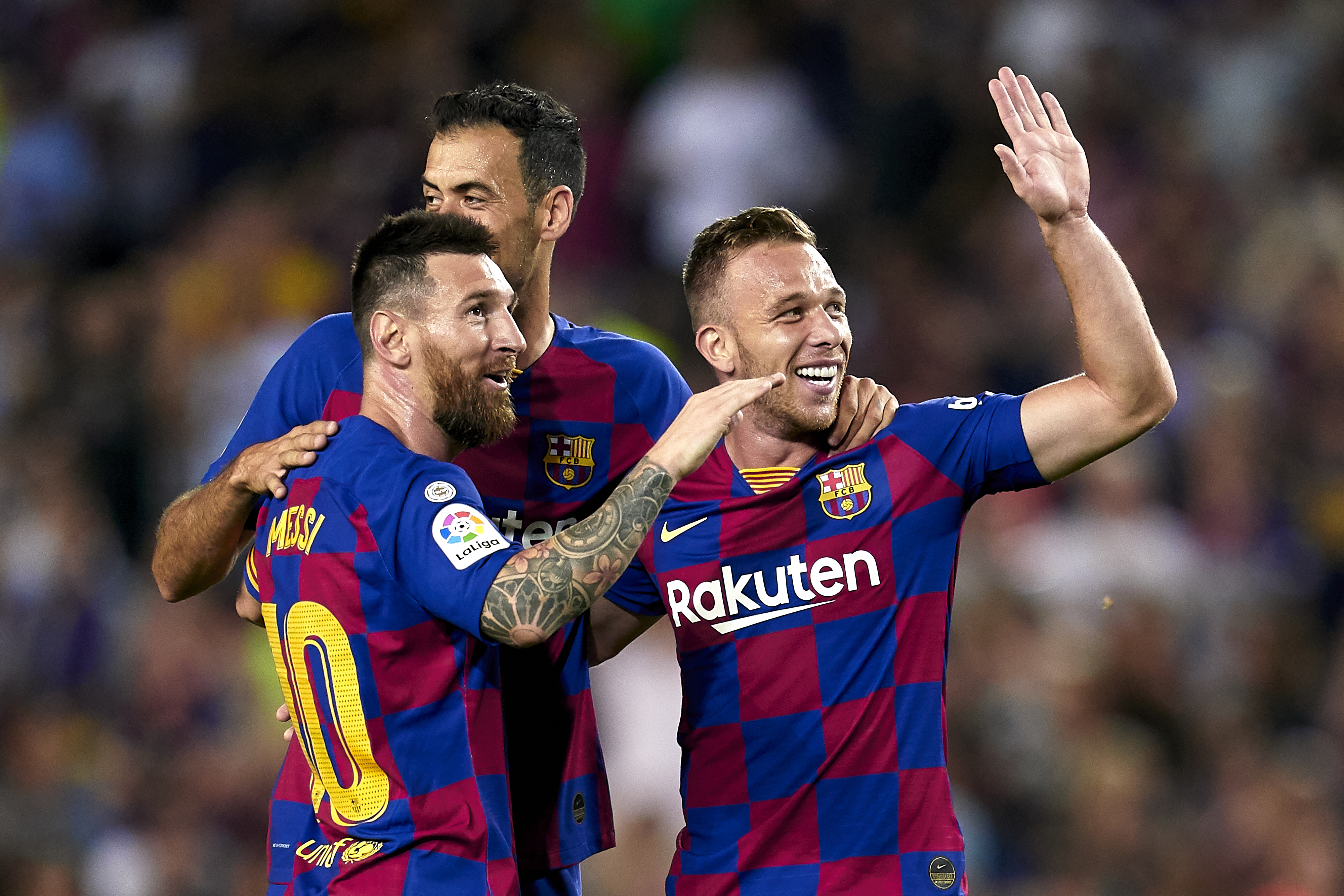 You could argue that Arthur's issues at Juventus are married to the Italian giants loss of identity.

Like his employers, he seems to have lost his way.

His former manager Andrea Pirlo, a master of the arts of deep-playmaking himself, once called him "Pig-headed" for holding on to the ball for too long and trying too many 'Hollywood' passes in a Champions League game against Ferencvaros.

The ex-Italy international did recognise Arthur's ability in another interview.

"We talk and he prefers to play in a more advanced position, leaving more defensive tasks to another midfielder," Pirlo said.

"He does it very well, every time we start to build play, he is ready, in the right place. He has vision, manages the ball very well and picks the right time to get out of the opposition's press."

After a disappointing campaign, Pirlo was sacked and Massimiliano Allegri arrived to revive the club's failings.

But Arthur hasn't had a look-in under his new boss. 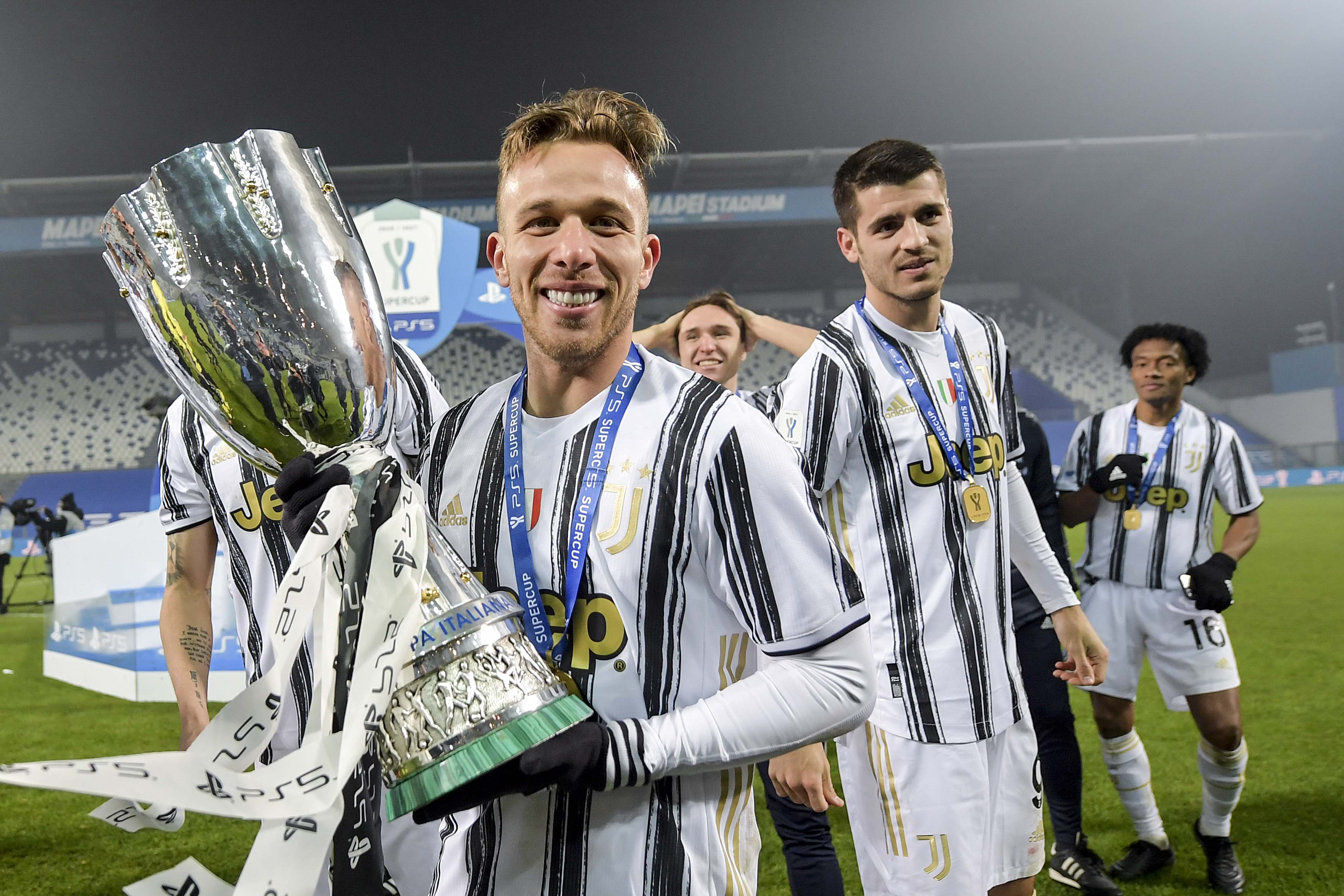 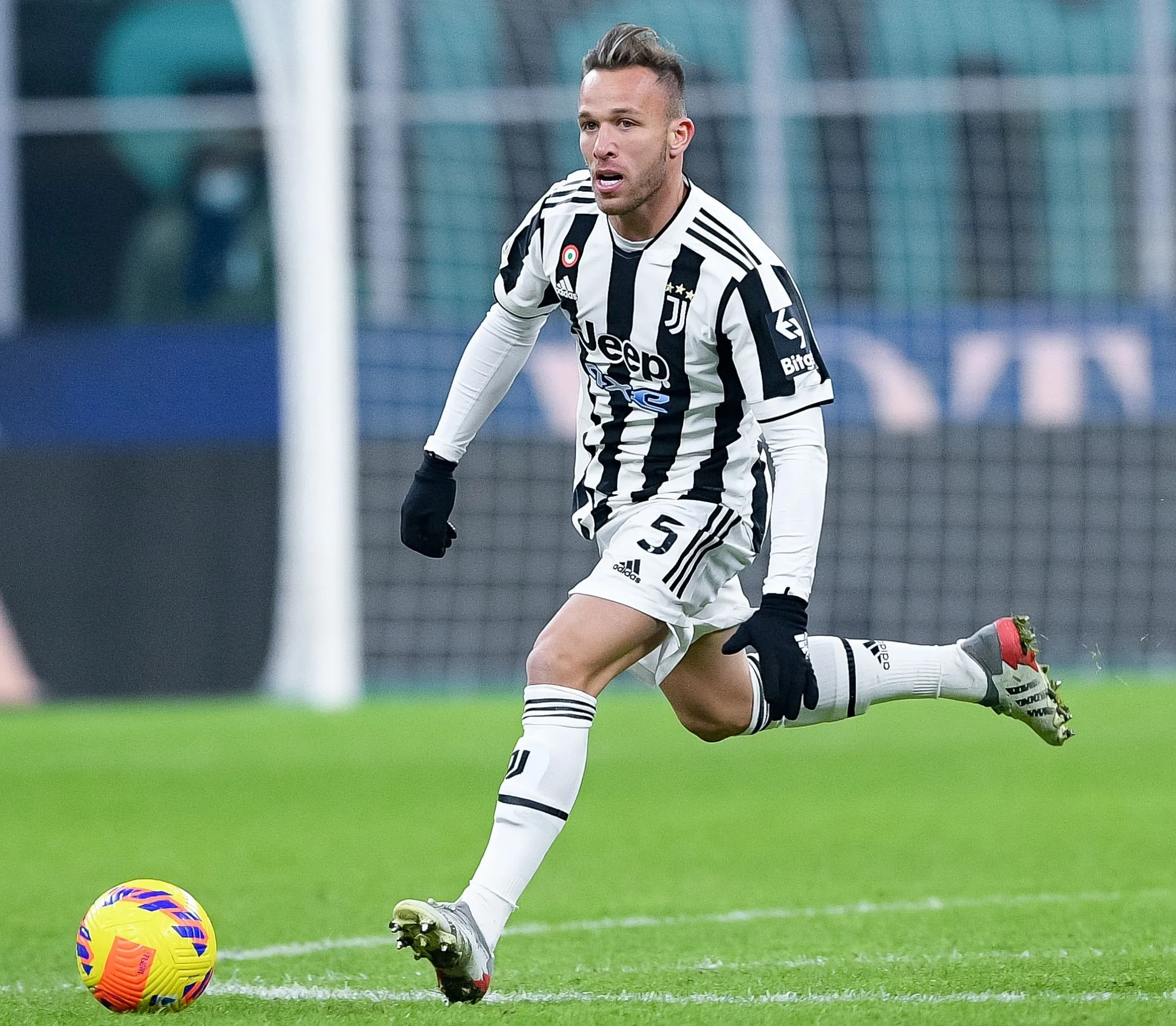 In fact, reports have suggested he has struggled with Allegri's more physical approach in training.

Since leaving Brazil, Arthur is yet to find a club that loves him in Europe and is able to get the best out of his abilities.

If it is at Arsenal where he finds his feet, you can bet Gunners fans will be singing his name just as loud as Gremio's followers once did.