ARSENAL had an absolute nightmare at Molineux as David Luiz and Bernd Leno were both sent-off in a 2-1 defeat for the Gunners.

Nicolas Pepe was their best player having put the North Londoners 1-0 up but Luiz lost his head and handed the home side a way back in on the stroke of half-time. 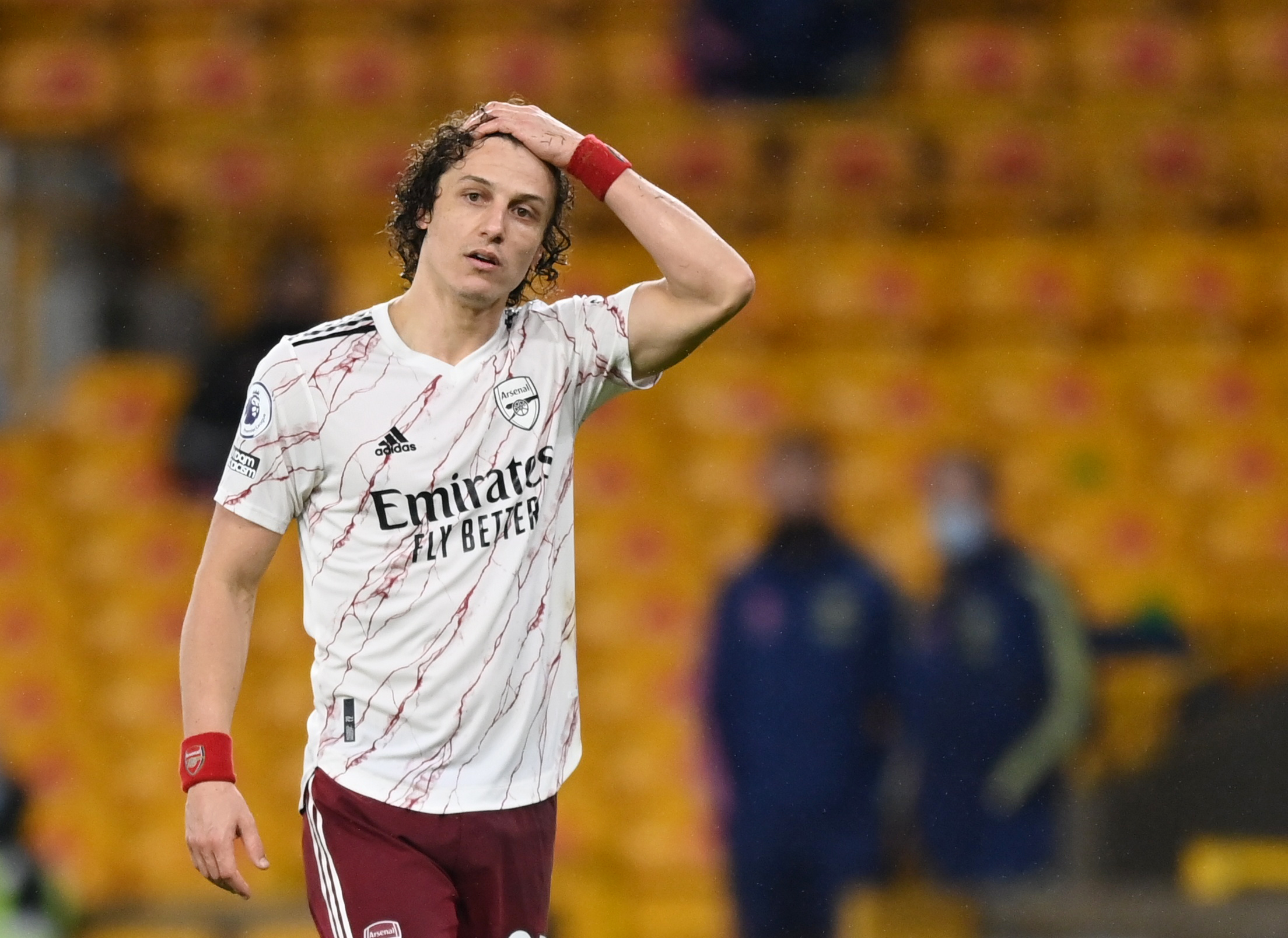 An action packed first-half saw Bukayo Saka's goal chalked off because Alexandre Lacazette was offside in the build up before Nicolas Pepe scored an outstanding opener on 32 minutes after winning the ball back deep inside Wolves' half.

Arsenal deserved their lead as half-time approached before Luiz stupidly nicked Willian Jose as he was bearing down on goal.

Craig Pawson pointed to the spot, sent Luiz off and Ruben Neves smashed the resulting pen into the top right corner just seconds before the ref blew for half-time.

And things went from bad to worse for the North Londoners when Joao Moutinho hit an absolute rocket of a right-foot drive from all of 30 yards which rifled in off the left-hand post on 49 minutes.

Then things somehow went from worse to downright abysmal for Arteta on 72 minutes as Leno rushed outside his box to meet a long ball, mis-judged the bounce on the wet skiddy surface and instinctively punched it. Cue red card No 2.

Arsenal did well not to capitulate and keep it at 2-1 and here's what SunSport's William Pugh thought of the Gunners' individual performances. 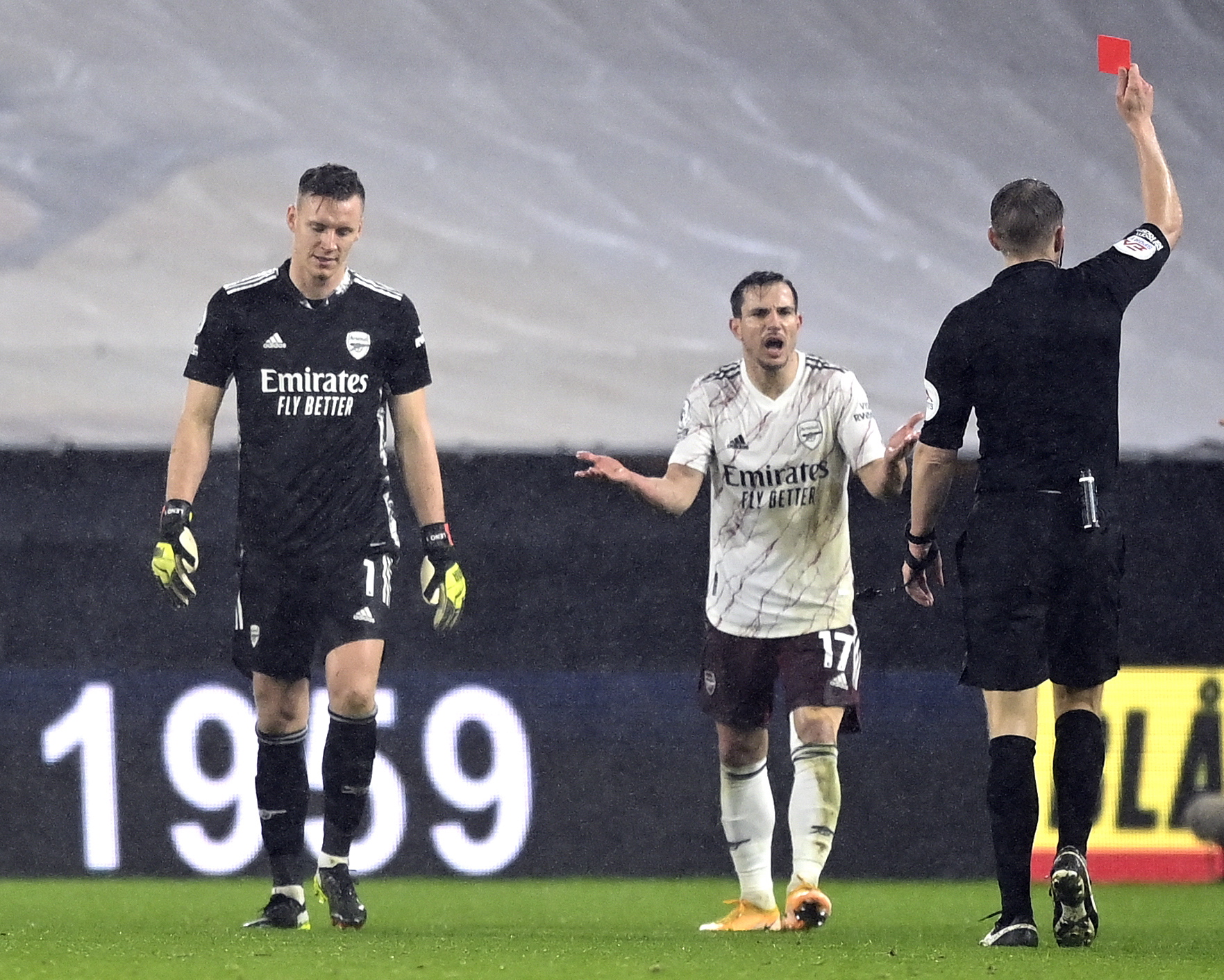 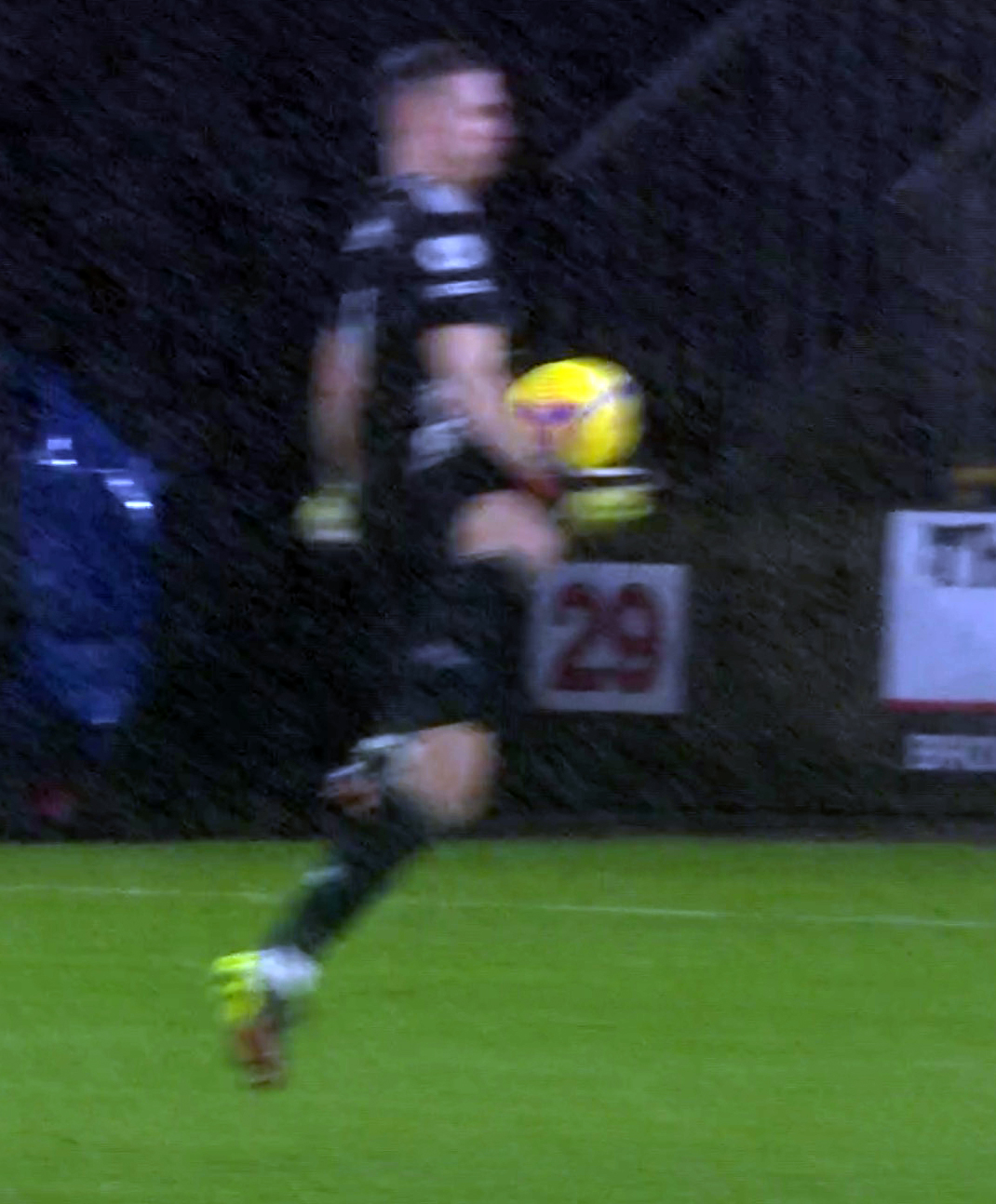 Solid save from Nelson Semedo's long range effort after 22 minutes.

Could do nothing with Neves' perfectly placed penalty or Moutinho's wonder strike.

Zippy bounce saw his natural instinct kick in as his fist connected with the waist-high ball to compound matters for his team. Can't be too hard on him.

FRIDAY NIGHT POKER: Play against us to win a share of $5,500 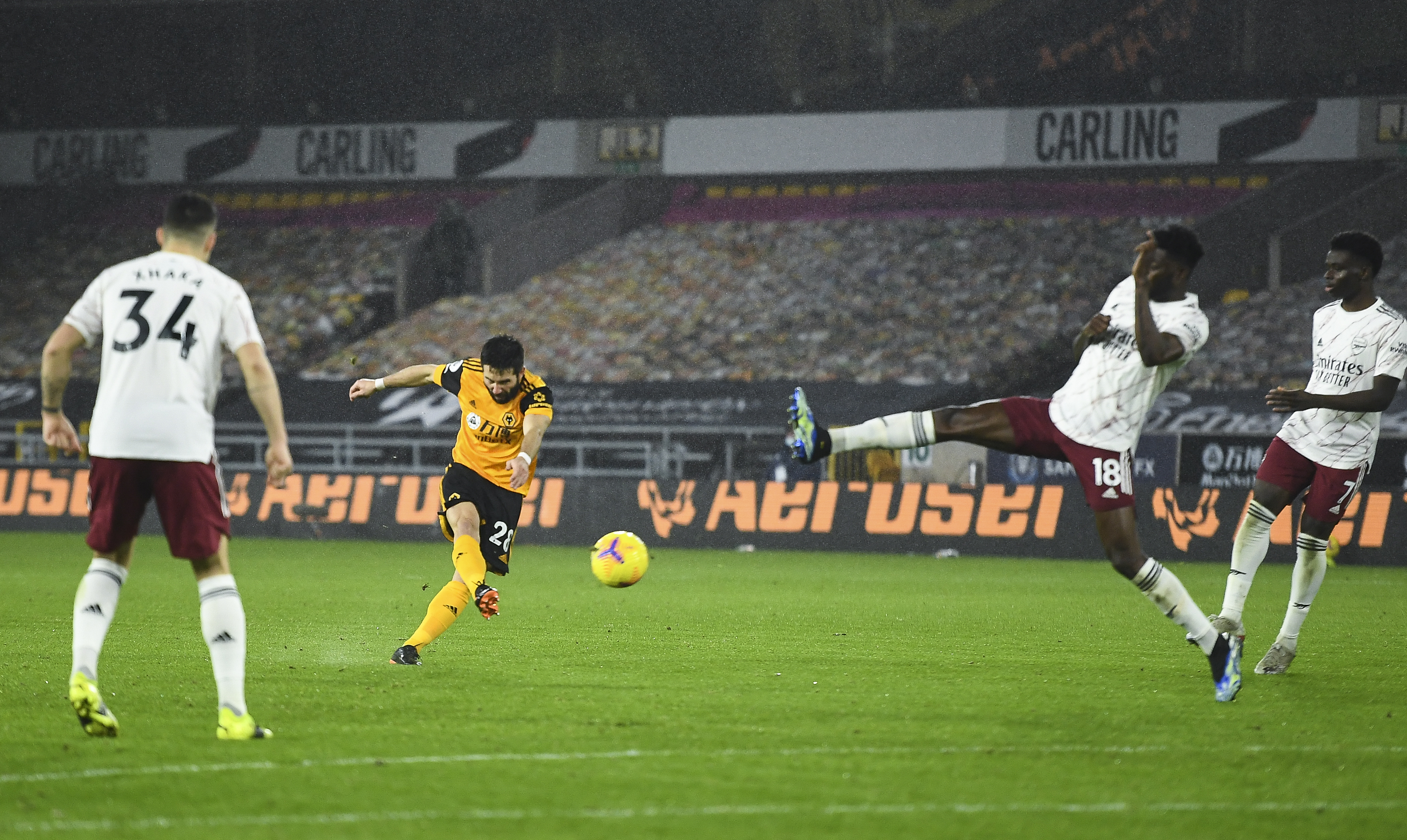 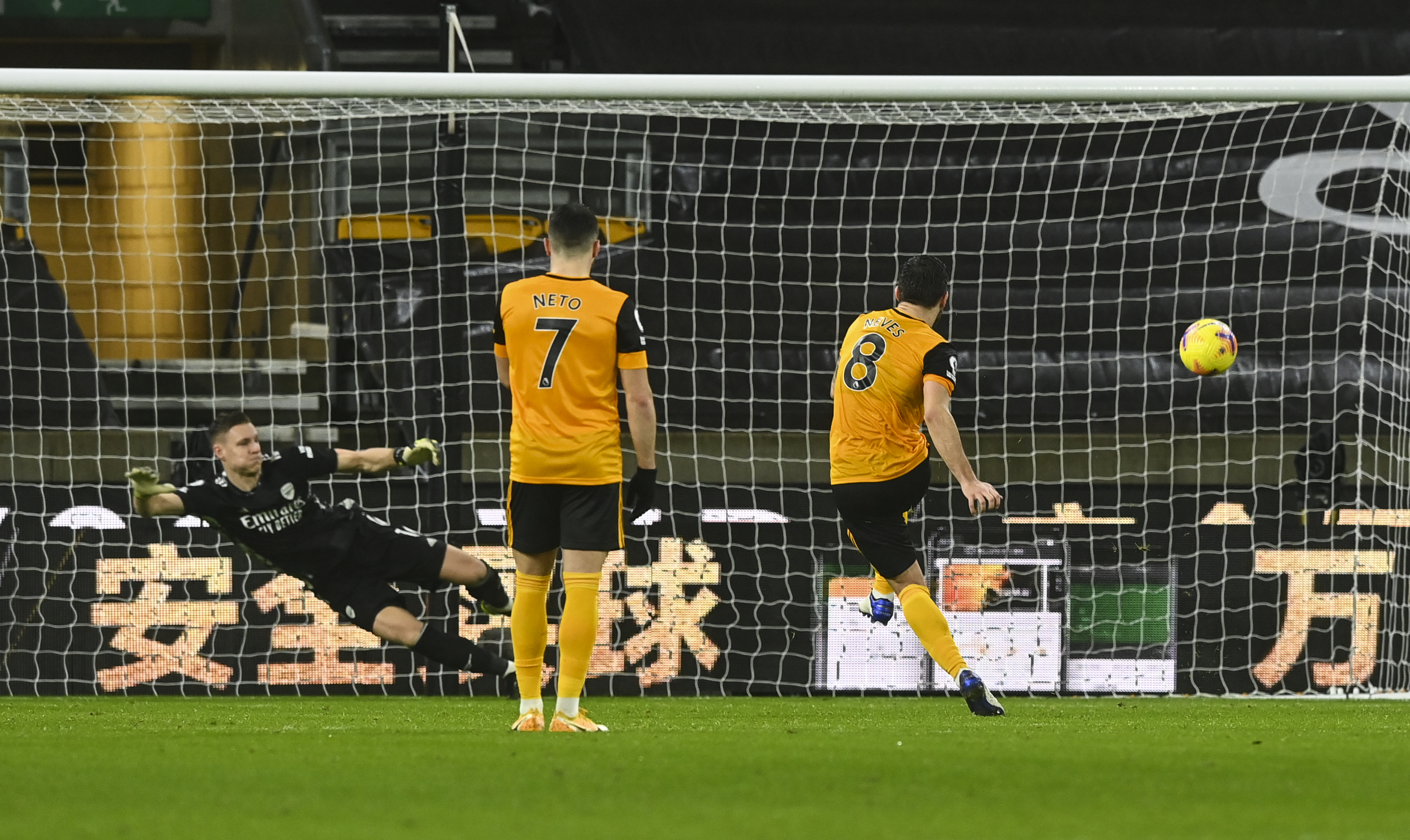 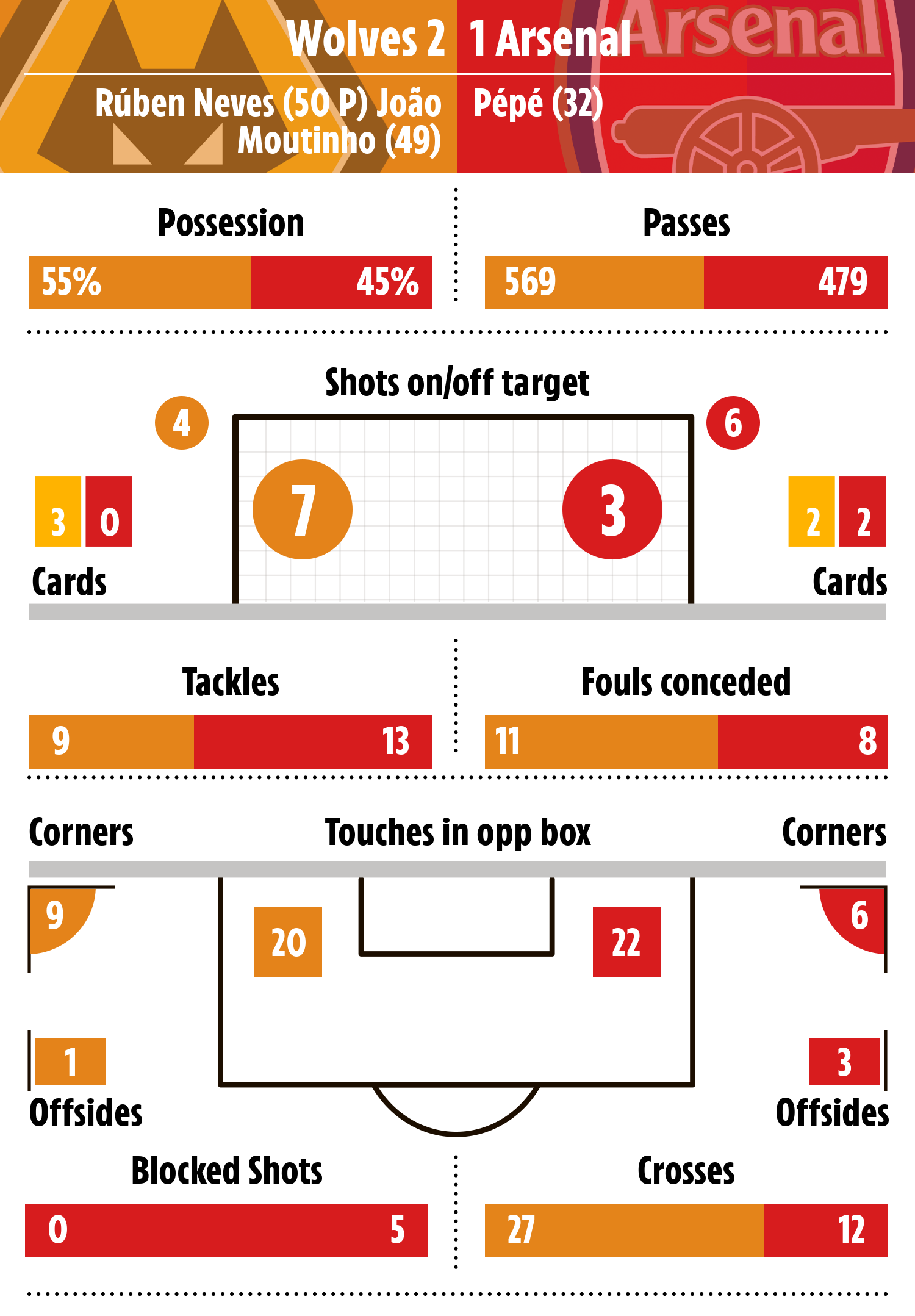 Nothing special, nothing awful. Earned his money.

Dealt with Wolves' limited attacking threat before the break.

Stunned but helpless for the home side's goals either side of half-time but performed well to keep Wolves at bay alongside Gabriel in the second-half.

Brainless challenge on the stroke of half-time saw him sent off and Wolves pull level through Raul Neves' emphatic resulting penalty.

Had looked fairly solid until that point but a totally unnecessary trademark 'head's gone' moment saw his team's excellent first-half work undone in a flash. 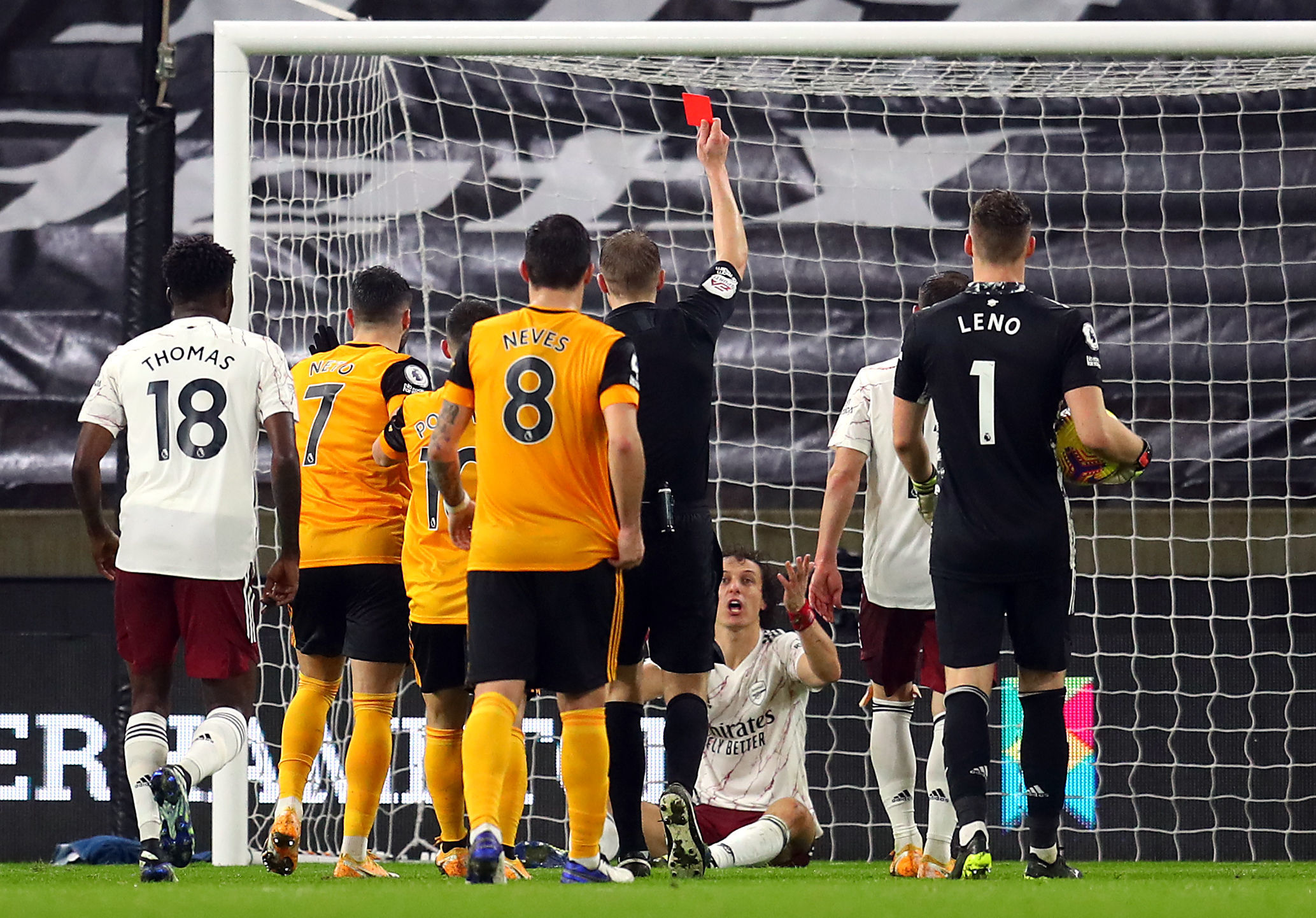 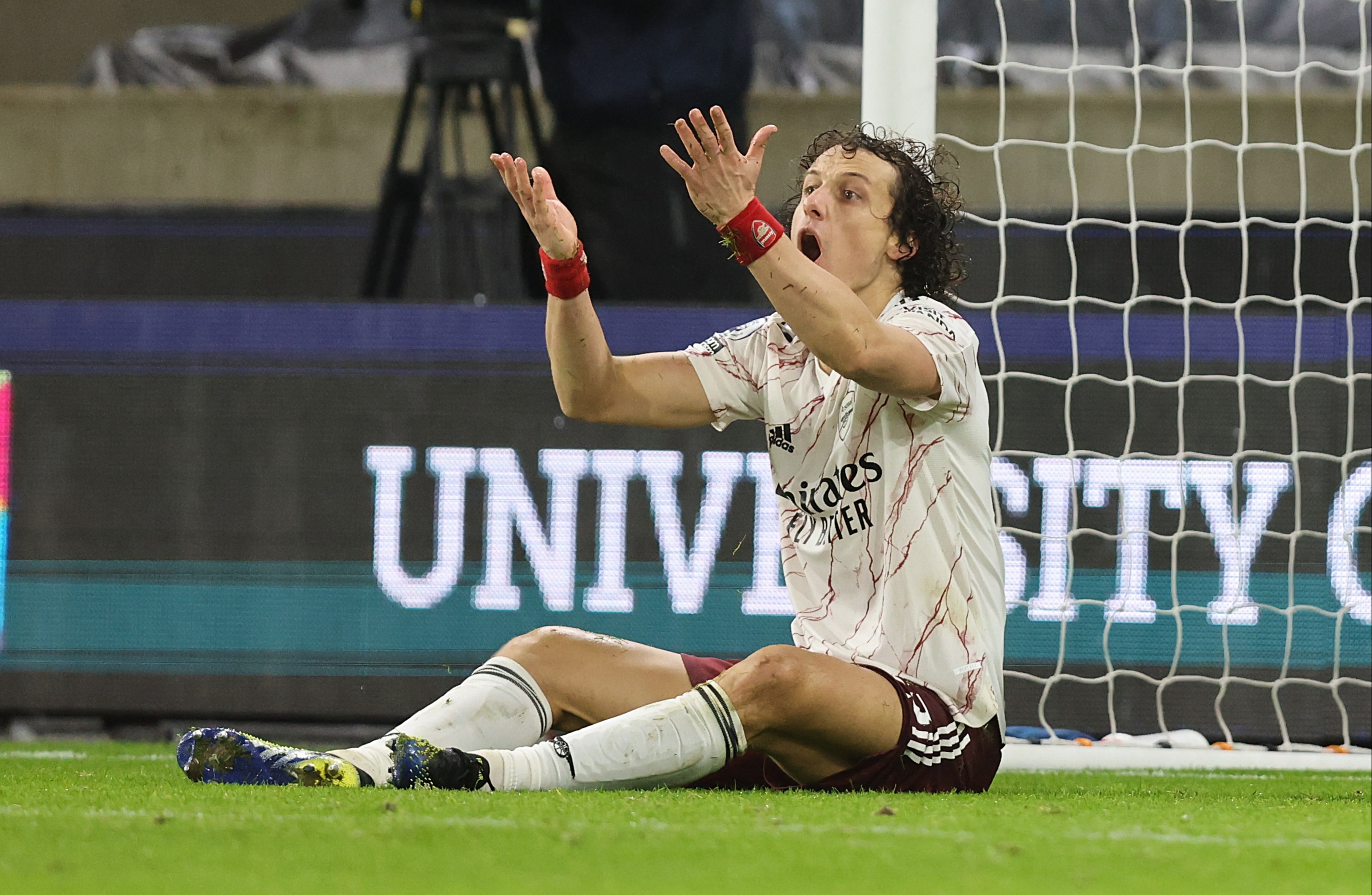 Looked a little out of his depth in an unfamiliar left-back role but didn't commit any heinous mistakes.

Worked hard defensively and attacked when he could.

Booked for a dopey trip on the hour mark. Another bemusing performance. 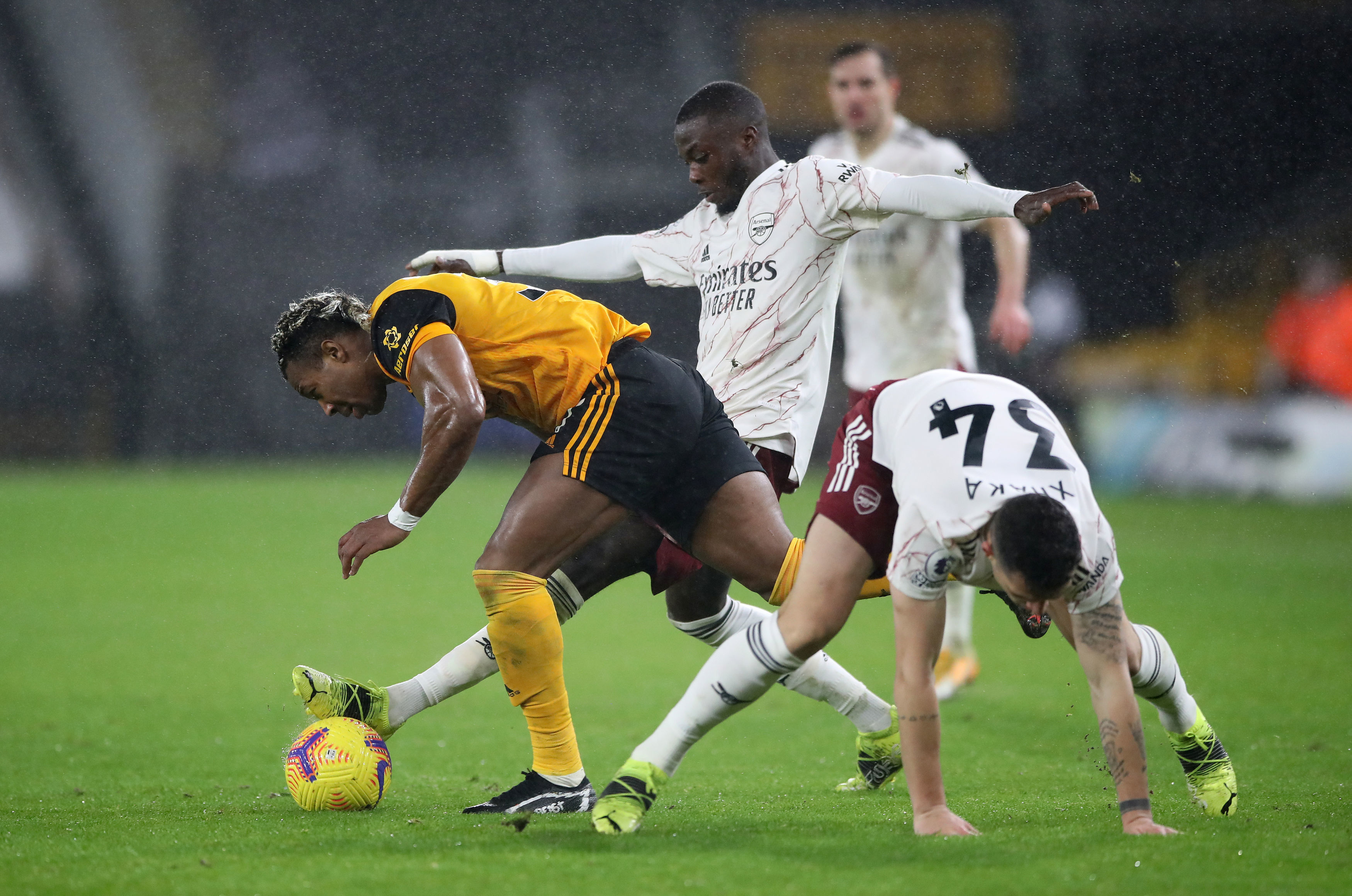 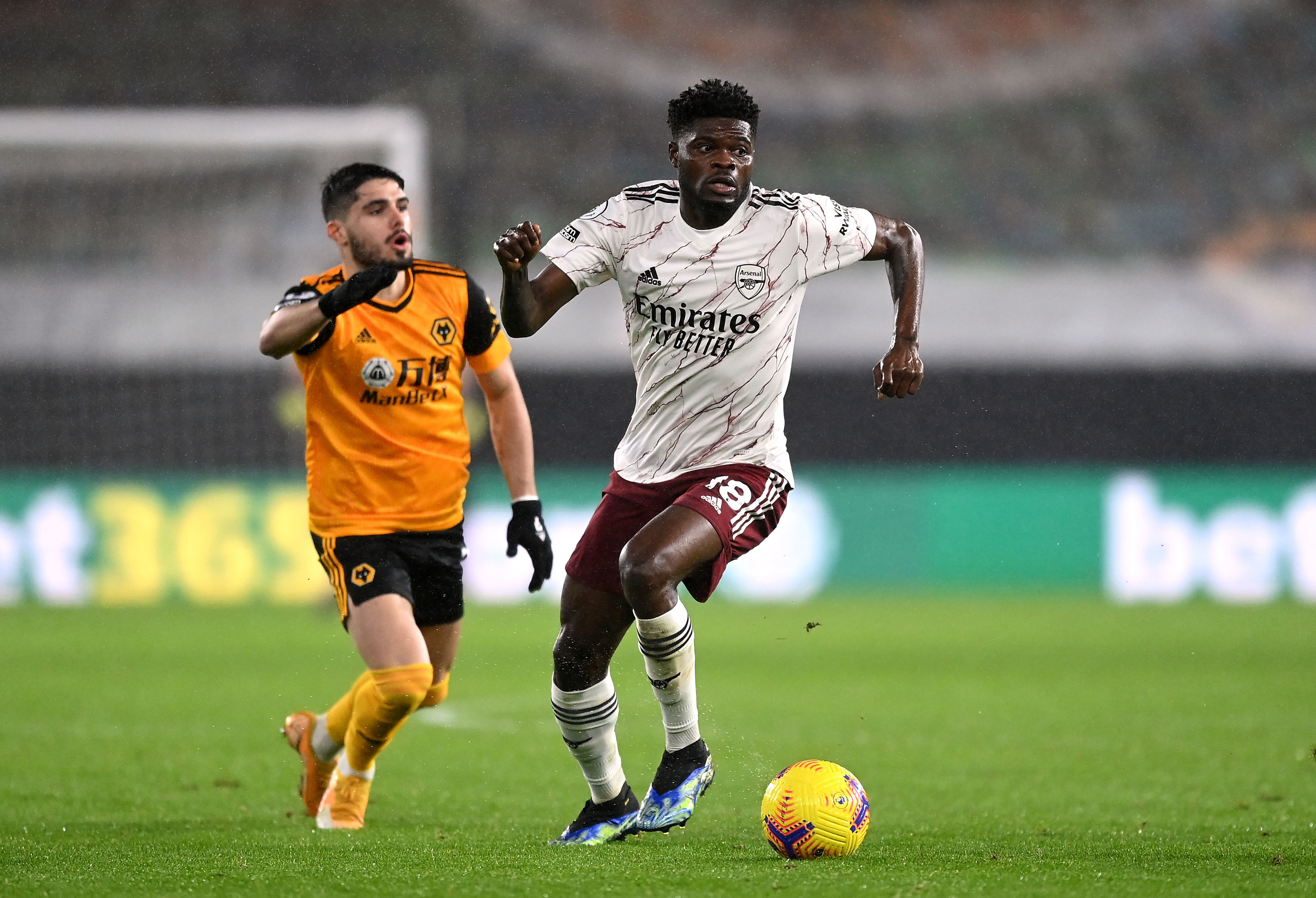 Booked for a cynical foul on Adama Traore as he tried to break out for the home side.

Looked a little rusty when on the ball or joining in with attacks.

Came out the blocks at 1,000mph. Tidy right-footed finish from the edge of the box after ten minutes but unfortunate to see it disallowed for offside.

Tried his best to make something happen amid the madness for the remainder. 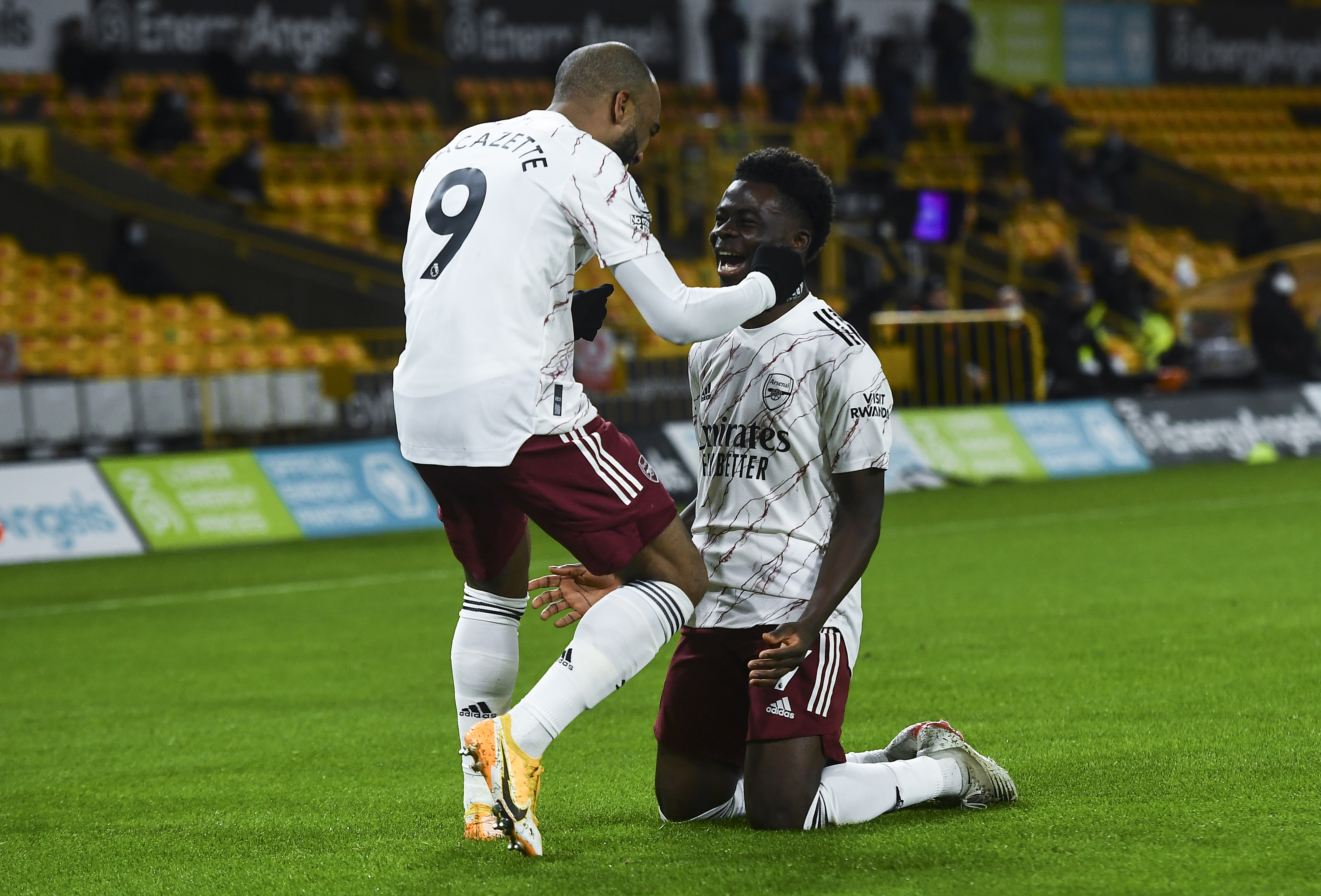 Relatively ineffective. Was the quietest of Arsenal's attacking quartet in the first-half.

Surprised to see Lacazette subbed instead of him at half-time.

Wonderful strike to put the Gunners 1-0 up just past the half hour mark.

Showed grit and desire to win the ball back off Wolves inside their own half before somehow nut-megging two defenders and bending a delightful right-footed effort into the top right corner.

Can feel harshly treated to have been subbed when he was as he looked like Arsenal's most dangerous player. 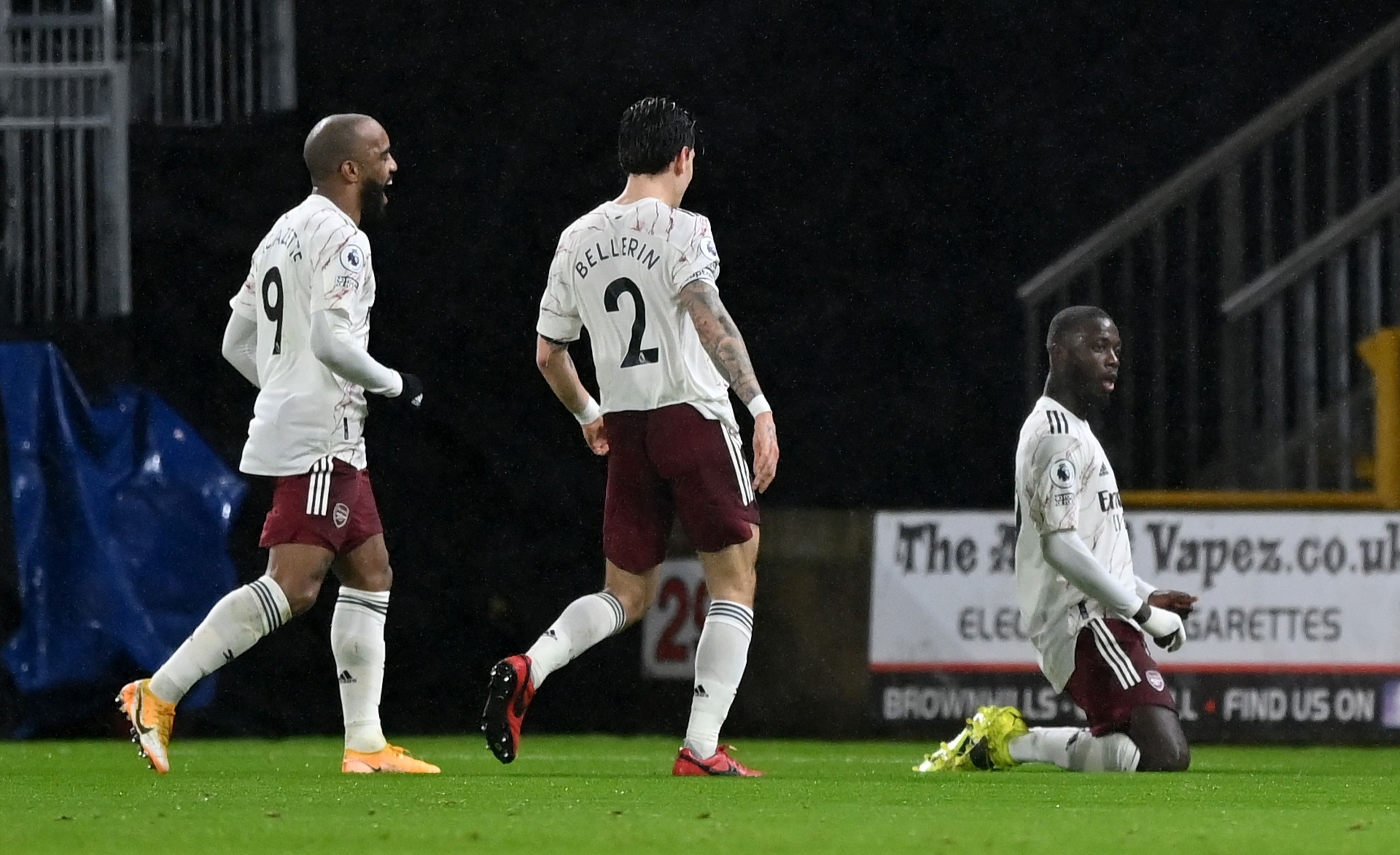 Set up Saka for what looked like a classy opener but the Frenchman was offside in the build up.

Worked hard and his centre-forward play – holding the ball up and linking up with the midfielders – was decent.

Unfortunate to be hooked at the break as part of the re-shuffle after Luiz's red. 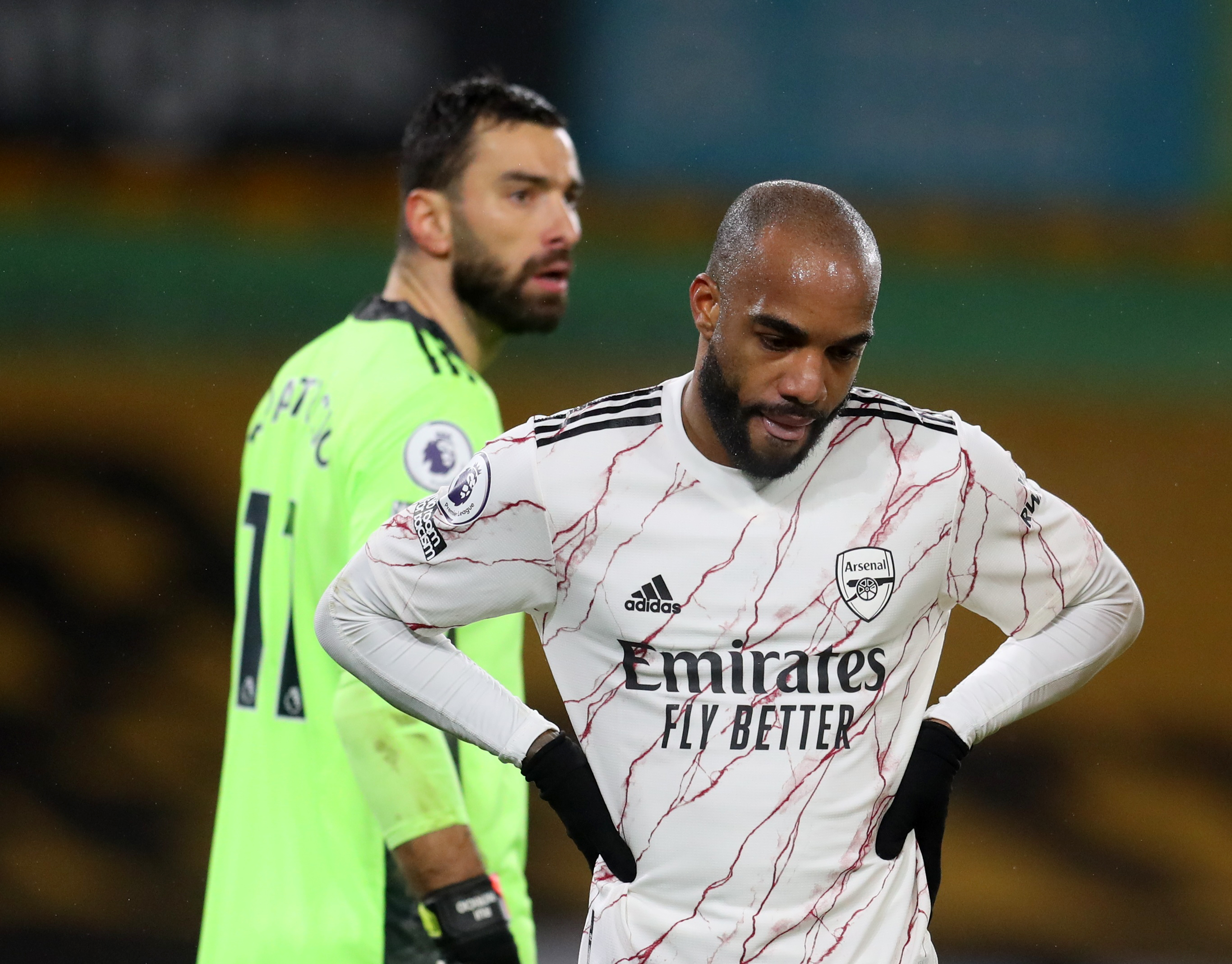 Formed an almost instant partnership with Holding after coming on at half-time.

Was in the right place to produce some vital tackles and blocks as Wolves went for the jugular.

Offered nothing and touched looked off.

But can be forgiven given his side were a man and then two men down.

Made a solid diving save just minutes after being thrusted into the action.

Was equal to it again with his legs soon after and put a delightful ball into the box at the death as the Gunners chased an unlikely leveller.