The Gunners are desperate for fresh blood in their defensive line with manager Unai Emery wanting to replace 35-year-old Stephan Lichtsteiner after the defender's dreadful season. 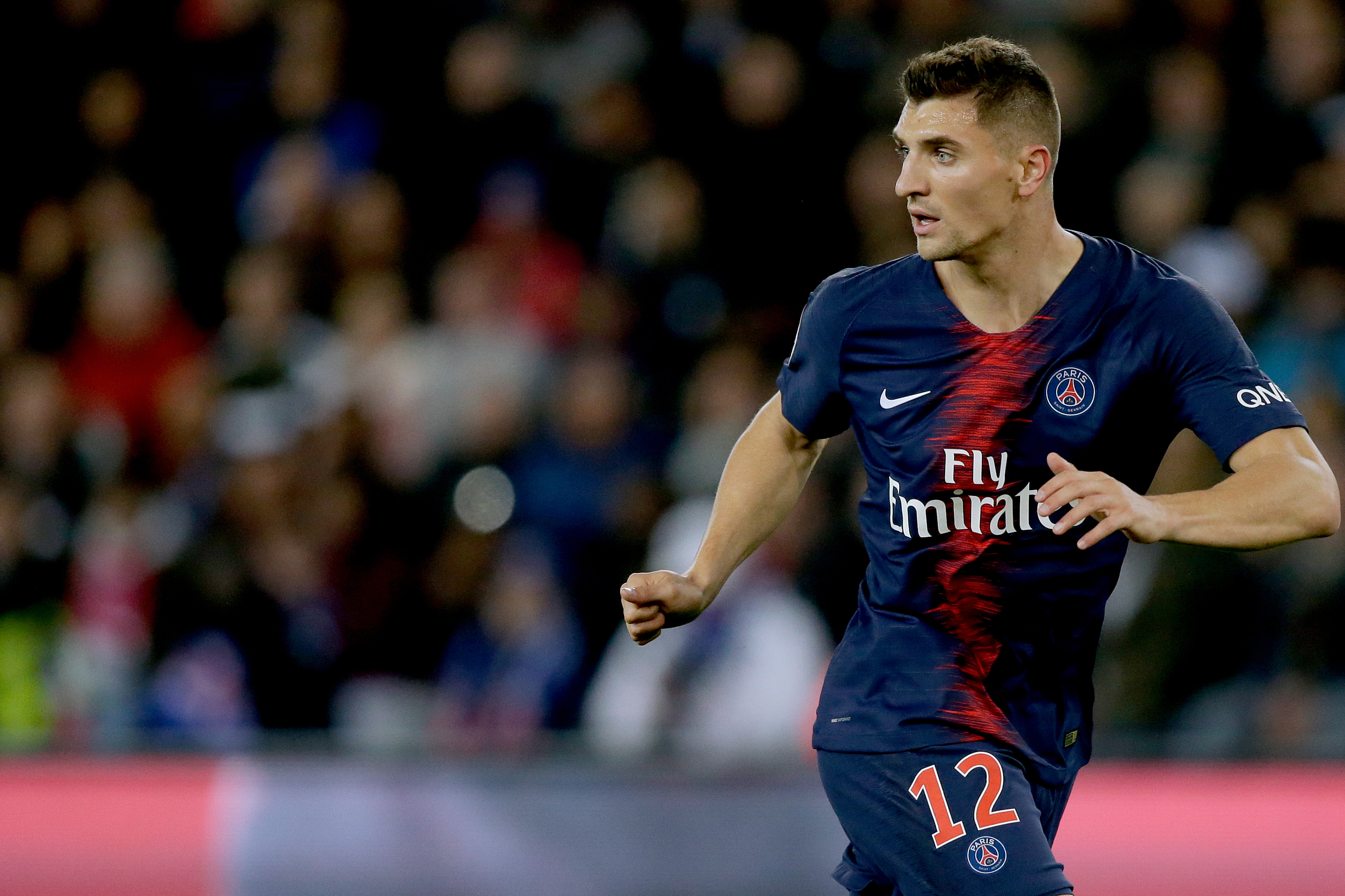 The 27-year-old Belgian is being pushed out of the French club with the Ligue 1 champions seeking around £25million.

Meunier signed with PSG back in 2016 but hasn't seen much game time since his knee injury back in March.

The player has one year left on his contract and is reportedly already in talks with Gunners' rivals Manchester United.

New boss Ole Gunnar Solskjaer is seeking to add excitement in his defensive line with Ashley Young not impressing at right-back.

Arsenal are also in need of a reshuffle in defence.

The side's back line are ageing with Lichtsteiner (35), Sokratis Papastathopoulos (30) and Nacho Monreal (33) among those in their 30s, highlighting the need for new blood to revitalise the squad.

The poor form of Lichtsteiner has been a weak link for Arsenal all season with his performances seeing him snubbed by Emery in the Gunners' last six Europa League matches.

The disappointing season only saw him make 13 Premier League appearances.

The defender is leaving this summer, much to the fans delight.

To add insult to injury Arsenal's first choice right-back, Hector Bellerin, won't be returning until mid way through next season after suffering a cruciate ligament rupture.

Meunier offers experience and adaptability with the full-back also able to play left-back and as a centre midfielder.

The Belgian international may be more interested in signing if the Gunners qualify for the Champions League by beating Chelsea on Saturday.

The defender has scored eight goals in 67 appearance for PSG and celebrated a bronze medal win at the 2018 World Cup with Belgium – even scoring against England in the third place decider.

The star played well under Emery in the 2017/18 season when the Arsenal manager was in charge at PSG.