KIERAN TIERNEY is set for a scan on his knee with Arsenal fearing the left back has suffered a 'serious' injury, according to reports.

The Scotland defender, 23, limped out of the 3-0 loss to Liverpool following an awkward clash with James Milner. 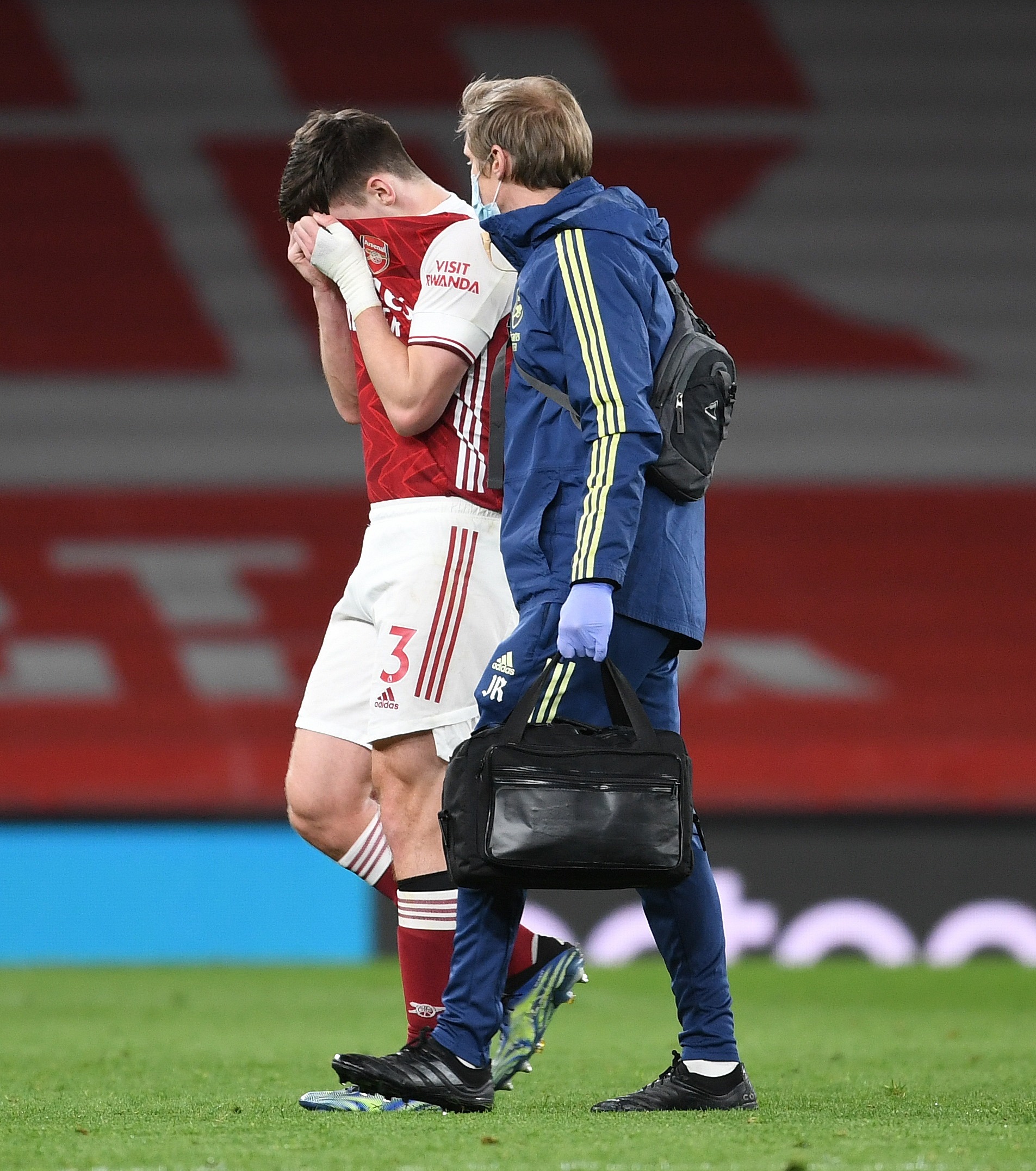 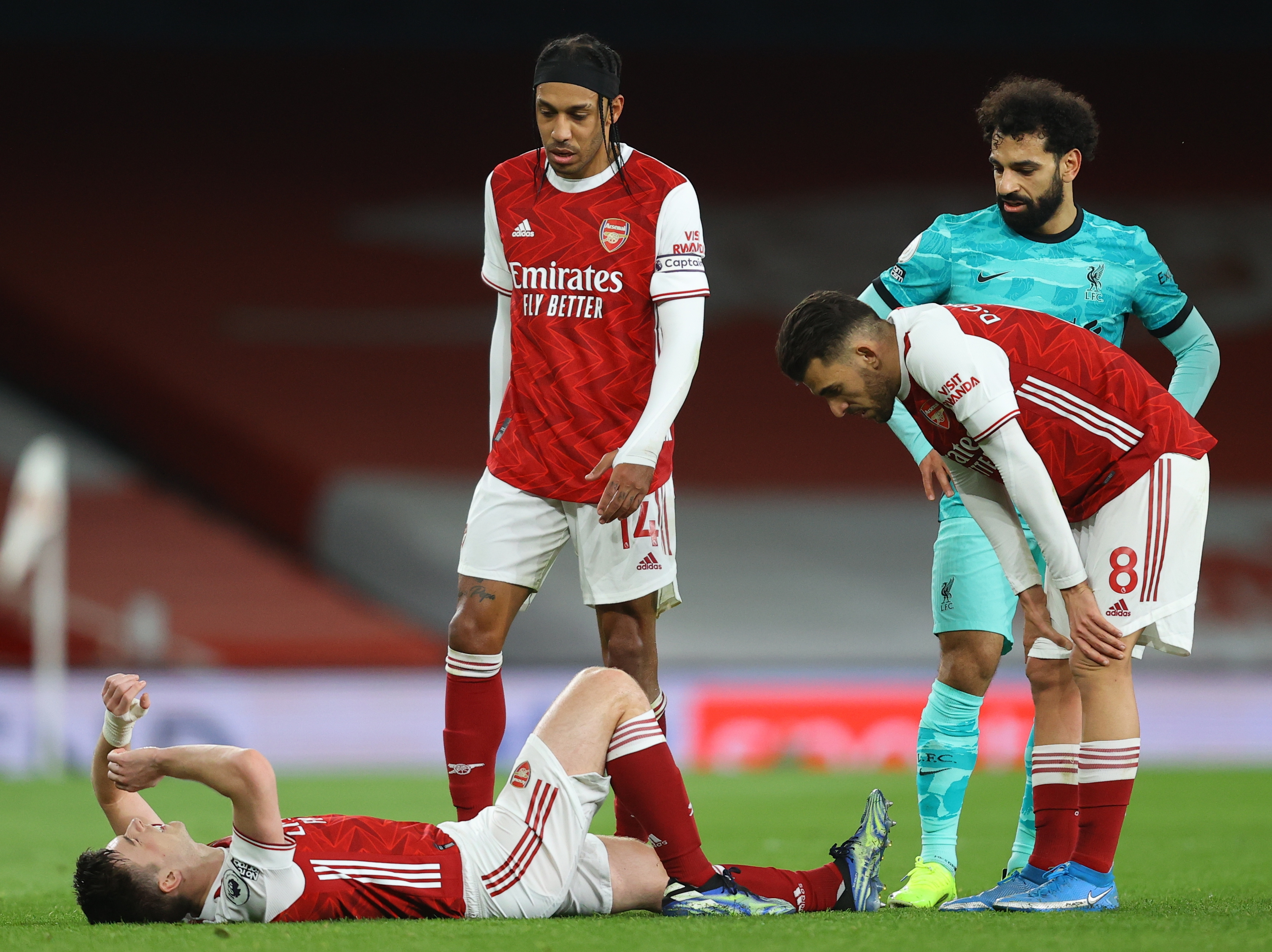 Gunners boss Mikel Arteta admits they face an anxious wait to find out how serious Kieran Tierney’s injury is.

And the Daily Mail report Arsenal are concerned Tierney will now be ruled out for several weeks.

The top class full back is set for a scan with the club believed to be fearing the defender has suffered a 'serious' knee injury.

On Saturday Mikel Arteta said: "Kieran felt something in his knee.

“He was in pain so it looks like he will be injured but we don't know how long for.”

Arsenal face Slavia Prague in the Europa League quarter-finals but look set to do it without one of their key men.

David Luiz, 33, is also set for a spell on the sidelines after undergoing a minor knee operation.

The Brazilian defender has been ruled out for a month after the traning injury.

An Arsenal spokesman confirmed: “David underwent a small procedure on his right knee on Sunday morning.

“The procedure has been a success and David is now back at home rehabilitating.

“He will be able to return to daily support and recovery with our medical team at the training centre in the coming days.

“He is expected to be back to full fitness and available for selection in the upcoming weeks.”