As the ‘GOAT’ Lionel Messi led Argentina to a fairytale World Cup win in Qatar, 12,000km away in Sydney, joyous fans celebrated wildly on the iconic Opera House forecourt.

In a game described as the greatest of all-time, a hattrick to French superstar Kylian Mbappe was not enough as La Albiceleste triumphed in a penalty shootout.

As the game finished 2-2 in regular time, both Messi and Mbappe scored in extra time in thrilling scenes that were scarcely believable – and didn’t the Sydney-based Argentina supporters love it.

In a sea of blue and white, they joyously sung in celebration of their first World Cup win since 1986, giving Messi the perfect end to his international career; much to the delight of the thousands of fans on the Sydney Opera House forecourt. 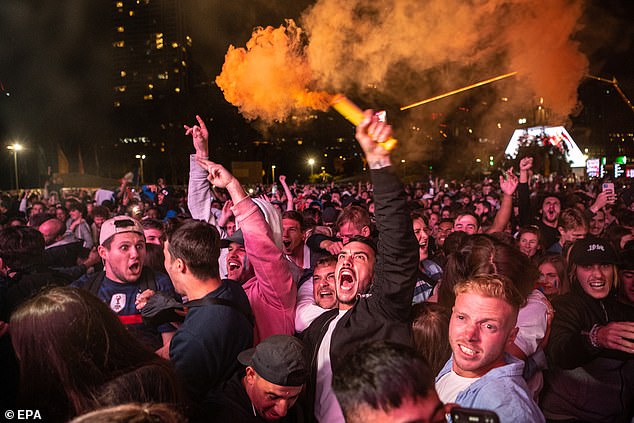 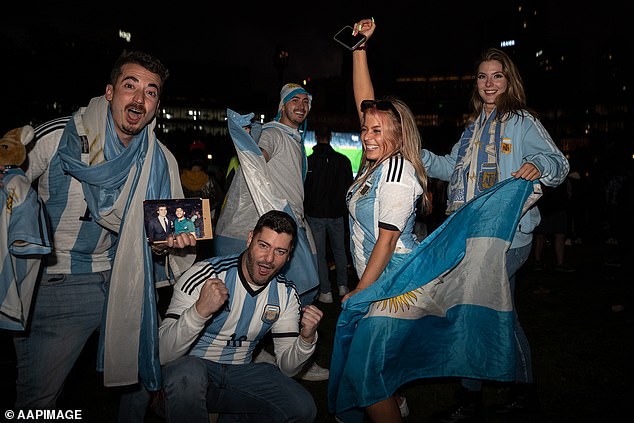 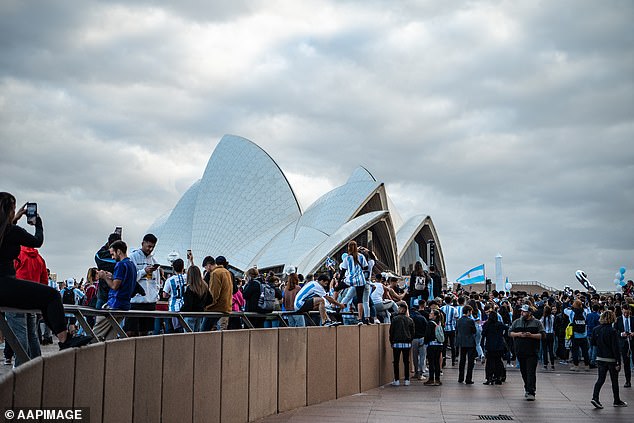 As day broke on Monday in the wake of the thrilling World Cup final win, Argentina supporters celebrated on the forecourt of the iconic Sydney Opera House 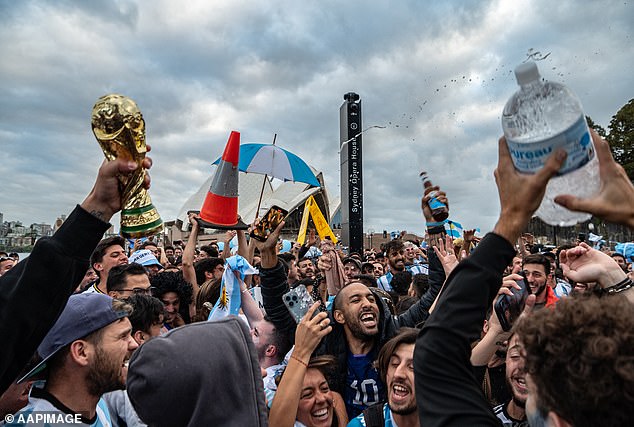 The scenes were a little more chaotic at the live viewing site in Tumbalong Park, Darling Harbour, however.

Despite the terrifying scenes in Saturday’s A-League derby in Melbourne, many fans could be seen throwing flares into the heaving crowd.

Fans stormed the field on Saturday night with flares before Melbourne City goalkeeper Tom Glover was left with concussion and needing stitches after being smashed in the face with a bucket full of sand in what has been called by Socceroos star Danny Vukovic as ‘Australian football’s darkest day’.

That clearly didn’t affect many of the fans present at the live viewing site, in a sign the flare/football relationship in Australia remains, unfortunately, strong. 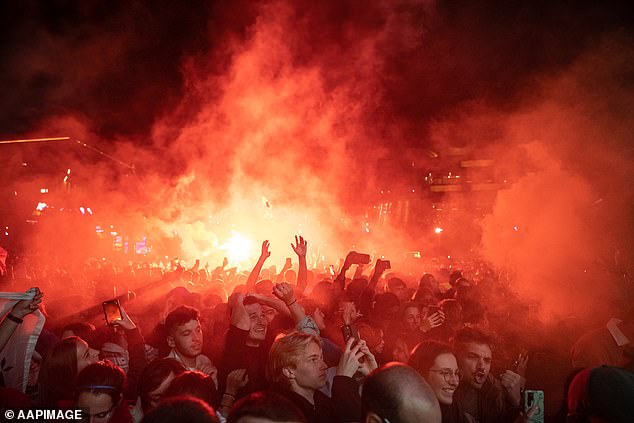 Multiple flares could be seen alight at the live viewing site in Darling Harbour, with football fans not scared at igniting trouble despite the horrific scenes just a day prior in the A-League derby 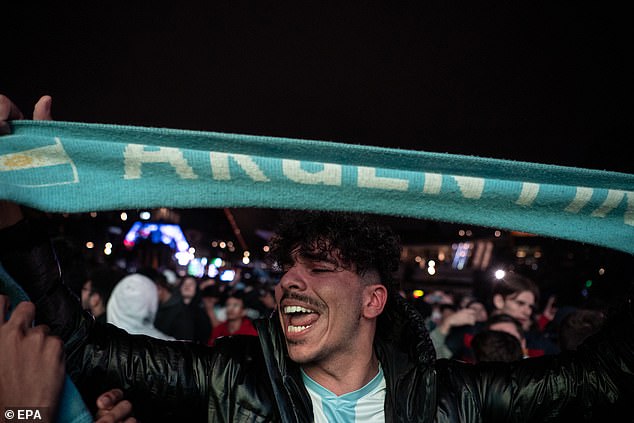 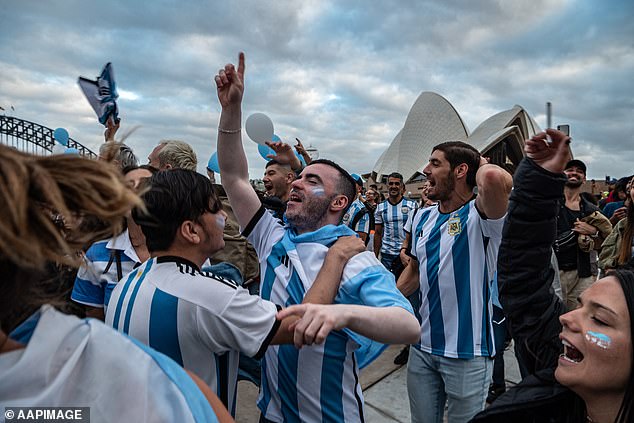 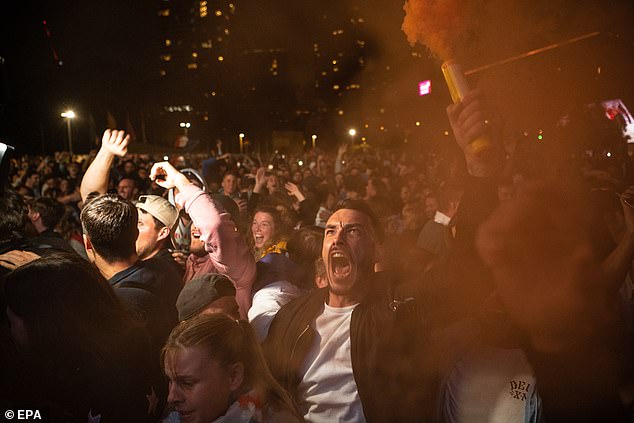 Many fans took to social media to complain about that very fact, with one writing there ‘were practically zero security checks’ as he posted a picture of a fan holding a flare in front of him.

Others posted videos showing flares illuminating the large, rowdy crowd that was only hyped further by the thrilling nature of the game.