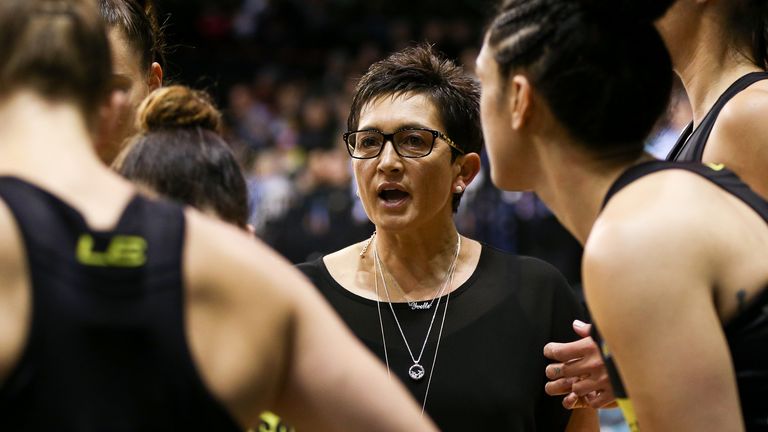 In July, McCausland-Durie announced that this season, her fourth with the franchise, would be her last at the helm.

The head coach has enjoyed an incredibly successful tenure with the Pulse, including taking them to the play-offs for the first time, hosting a Grand Final in 2018 and then claiming the title last year.

This season they have set the standard for others to match. They have lost just twice and their Grand Final match-up against the Tactix is expected to be a high-class affair.

The 2020 season was supposed to conclude with three back-to-back matches on August 23, however, due to New Zealand’s change in COVID-19 alert levels, only the Grand Final will be played in Invercargill.

Auckland-based teams, the Northern Mystics and Northern Stars, were not able to take part due to the region remaining in lockdown and it was decided that the fifth-place play-off would not be staged either.

The final standings below the top two teams were dictated by the positions at the end of the regular season.

As the defending champions, the Central Pulse, have played this season with a target on their backs and they’ve embraced that challenge wholeheartedly.

At the front and back, Silver Ferns Ameliaranne Ekenasio and Katrina Rore have shown their world-class abilities and have anchored their side. Rore’s anticipation and eye for an interception has only been matched by one other this season, and she’ll be running out for the Tactix.

In Maddy Gordon, McCausland-Durie has found and nurtured an exceptional mid-court player. She’s helped her transition fully into the WA role and is someone you expect Dame Noeline Taurua will be keeping a close eye on over the coming weeks, months and years.

Tiana Metuarau’s appearances for the Pulse, which have largely been from the bench, have provided them with opportunities to change the picture mid-match. McCausland-Durie has used her experience to time the changes well – Metuarau’s introduction and presence could be pivotal in this Grand Final.

For the Tactix, this will be the first Grand Final in their history and it comes at the end of a season like no other.

During lockdown, the organisation which previously managed the Tactix – Netball Mainland – went into voluntary liquidation due to the financial strain of the pandemic.

After the league’s hiatus, and all of this happening to the Tactix, the team returned to court with a fierce level of determination and their performances have built as the season has continued.

The defensive partnership between Jane Watson and Temalisi Fakahokotau has created all sorts of problems for teams (and must do so again in the Grand Final), while the side’s attacking flow has gradually built.

The two outfits have met three times already this season with the Pulse prevailing on two occasions.

The Tactix took the spoils in their most-recent outing, 39-32 winners, however the Pulse were not able to field a full-strength seven due to Ekenasio being ill and Gordon having an ankle injury.