THE Grand National is the world's most fearsome race – where even brave jockeys hide for cover under the fences.

The Aintree showpiece has provided some amazing photographs over the years. 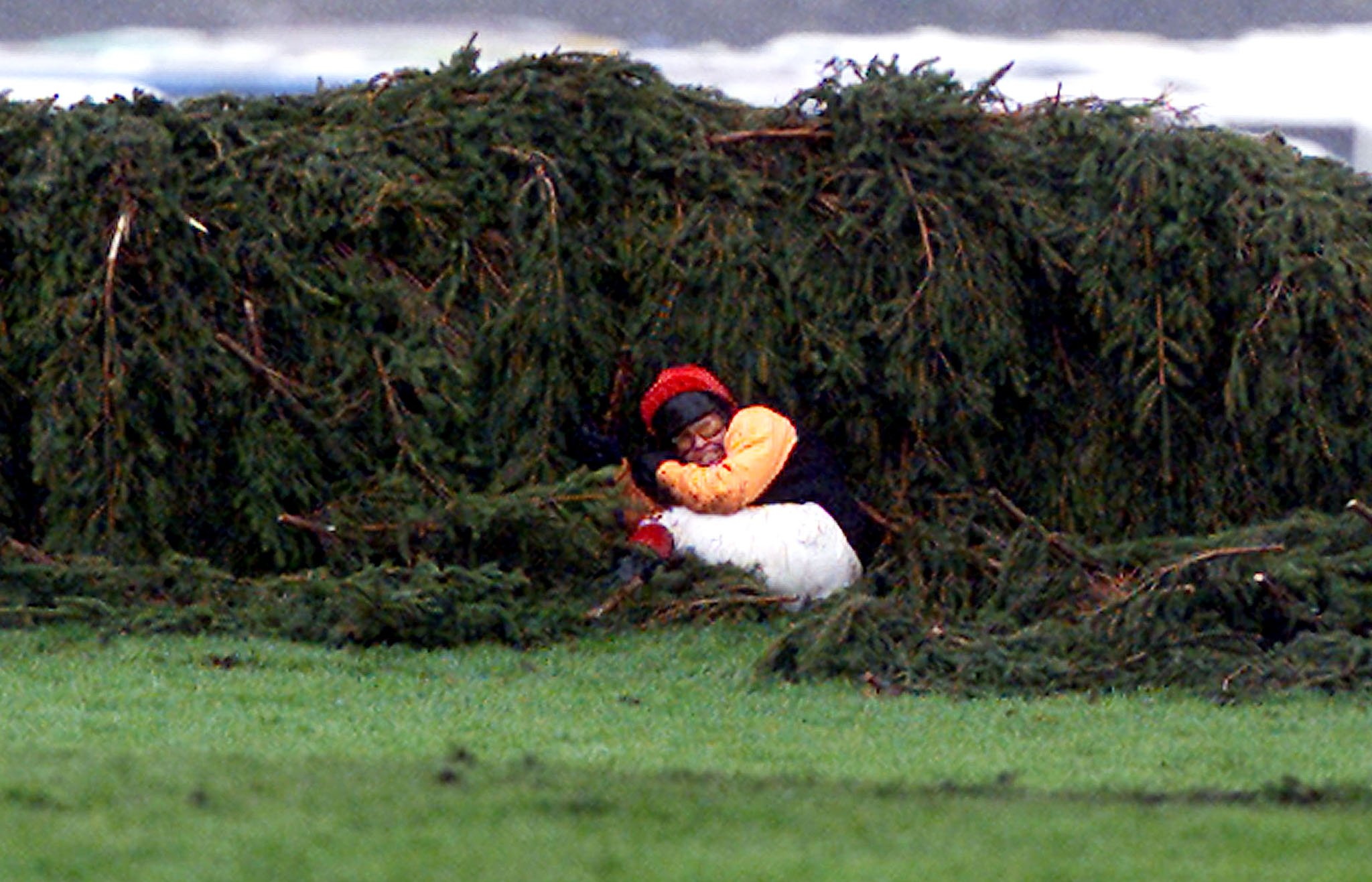 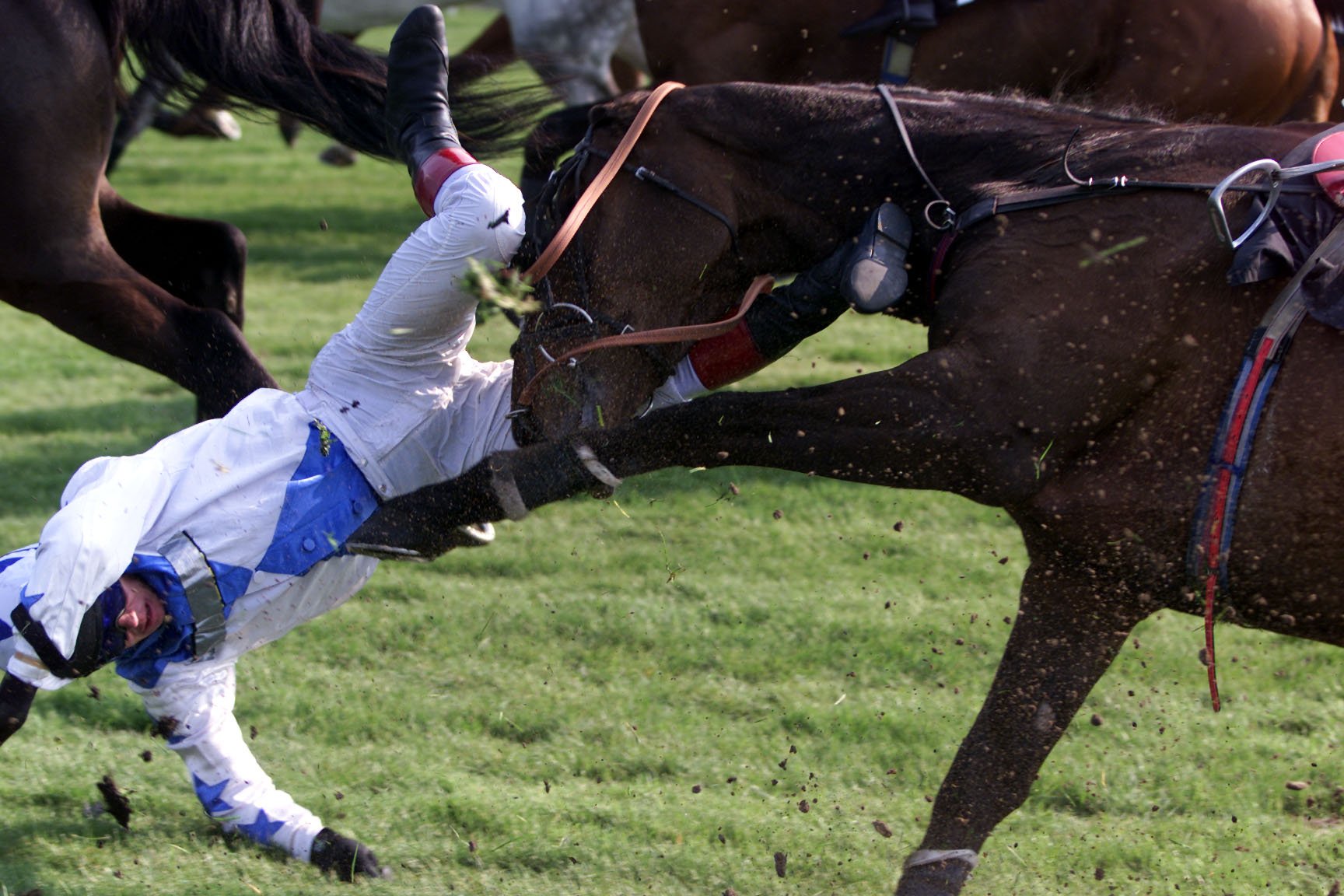 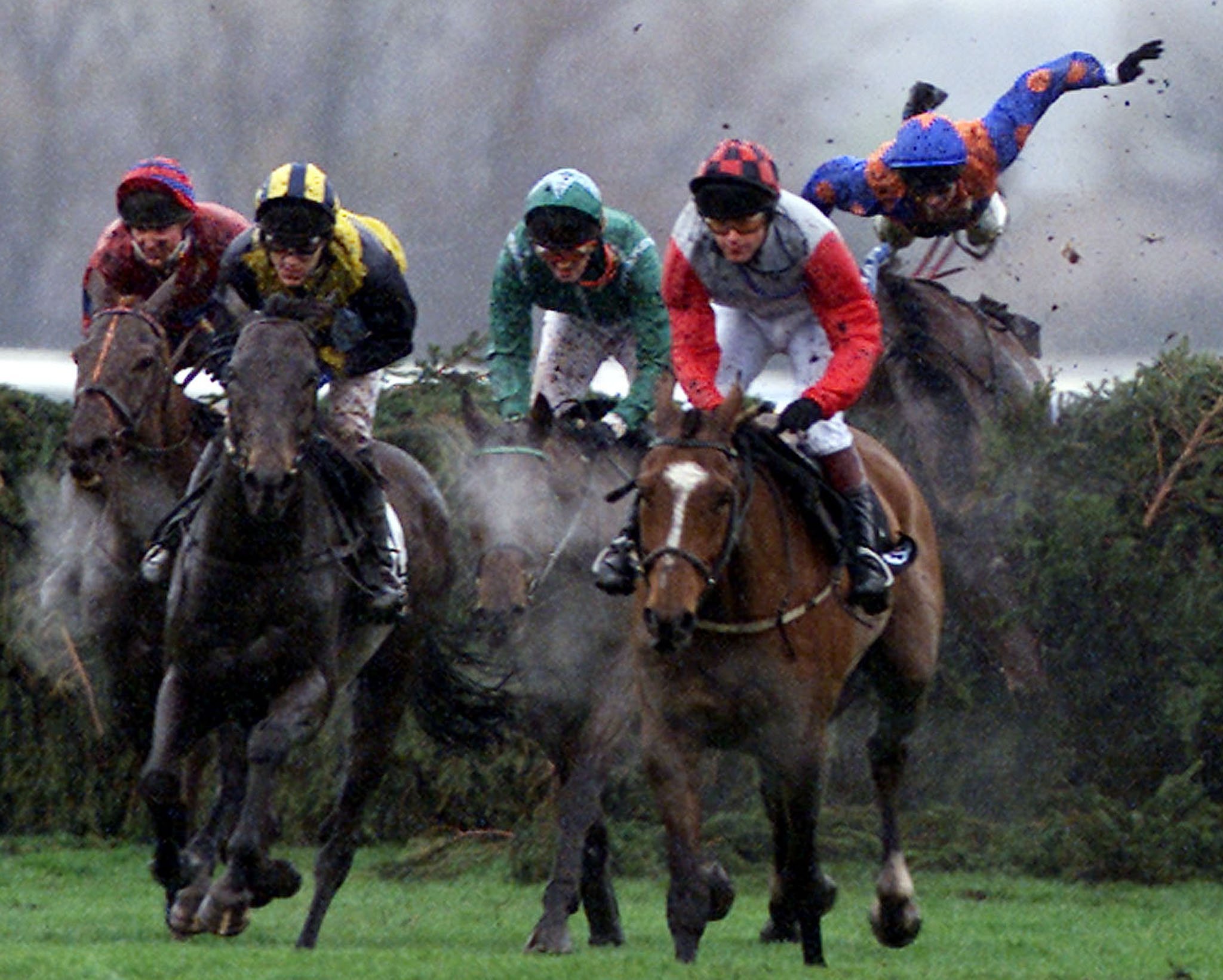 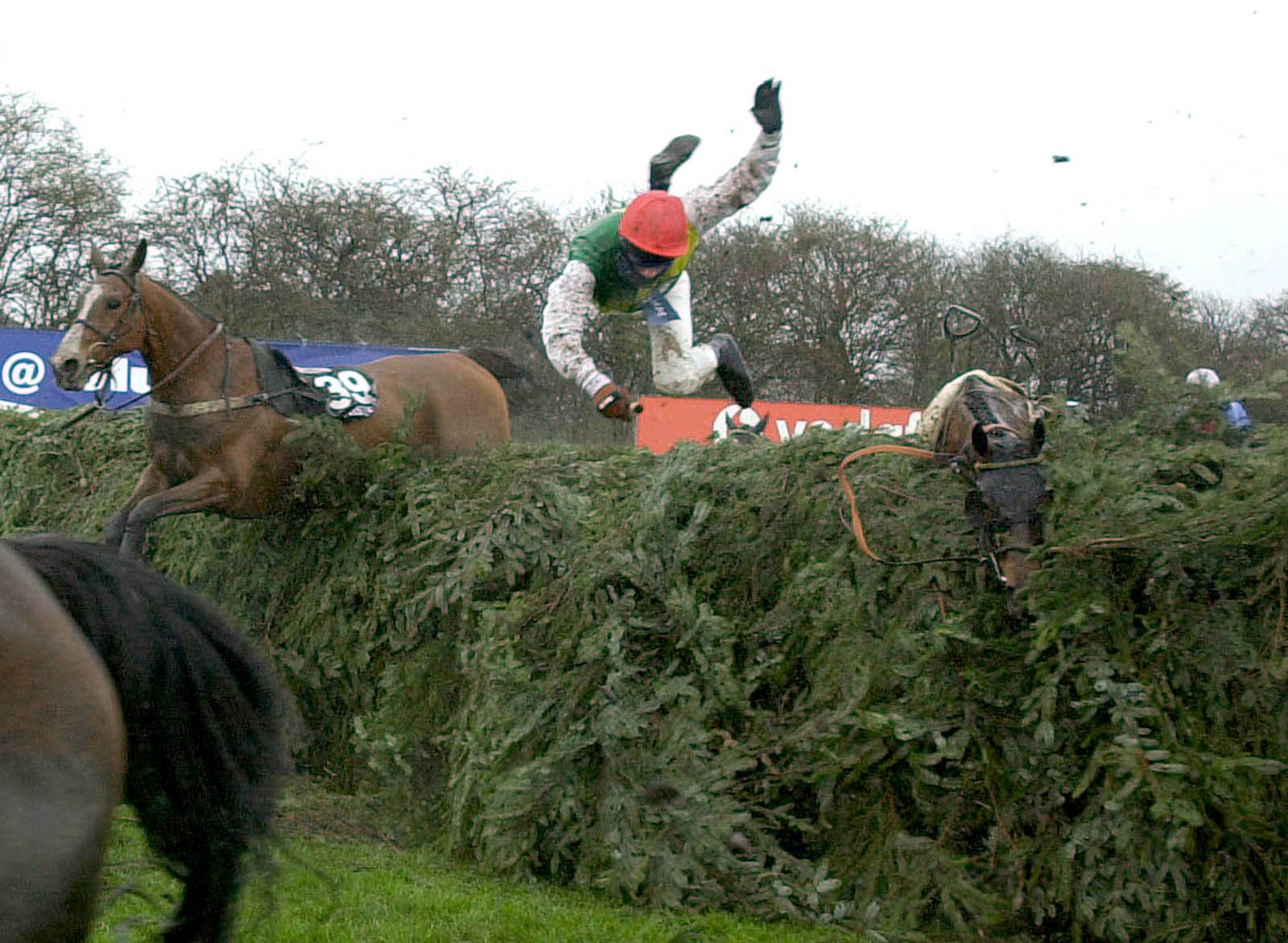 But perhaps none captures better the sense of danger and drama as that of Richard Johnson scurrying for cover under The Chair in 2001.

OFFERS OF THE DAY

That famous fence is one of 30 jumped during the 4m 2½f marathon.

Johnson, who won the Welsh and Scottish Grand Nationals but never the big one, hid under the obstacle after falling from 10-1 joint-favourite Edmond.

Amazingly, only four horses finished the race that year, which was won by 33-1 outsider Red Marauder.

Poor Johnson took a few tumbles during the National.

He was sent flying the very next year when landing head-first after going off Gower-Slave at Becher's Brook.

But back to 2001, which proved an especially hazardous year owing to the atrocious conditions the race was run in.

The sight of Shay Barry literally flying through the air made for an amazing image. 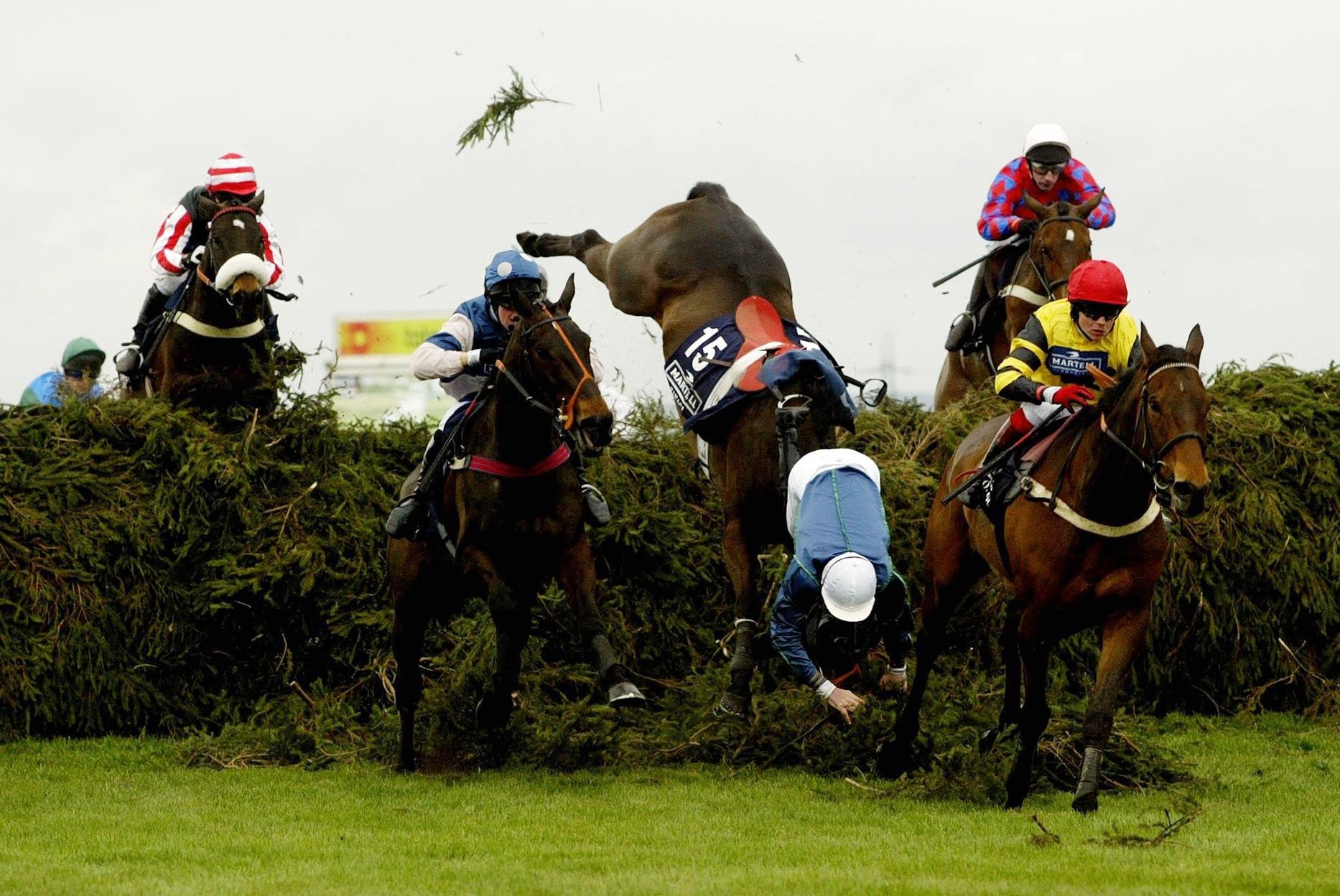 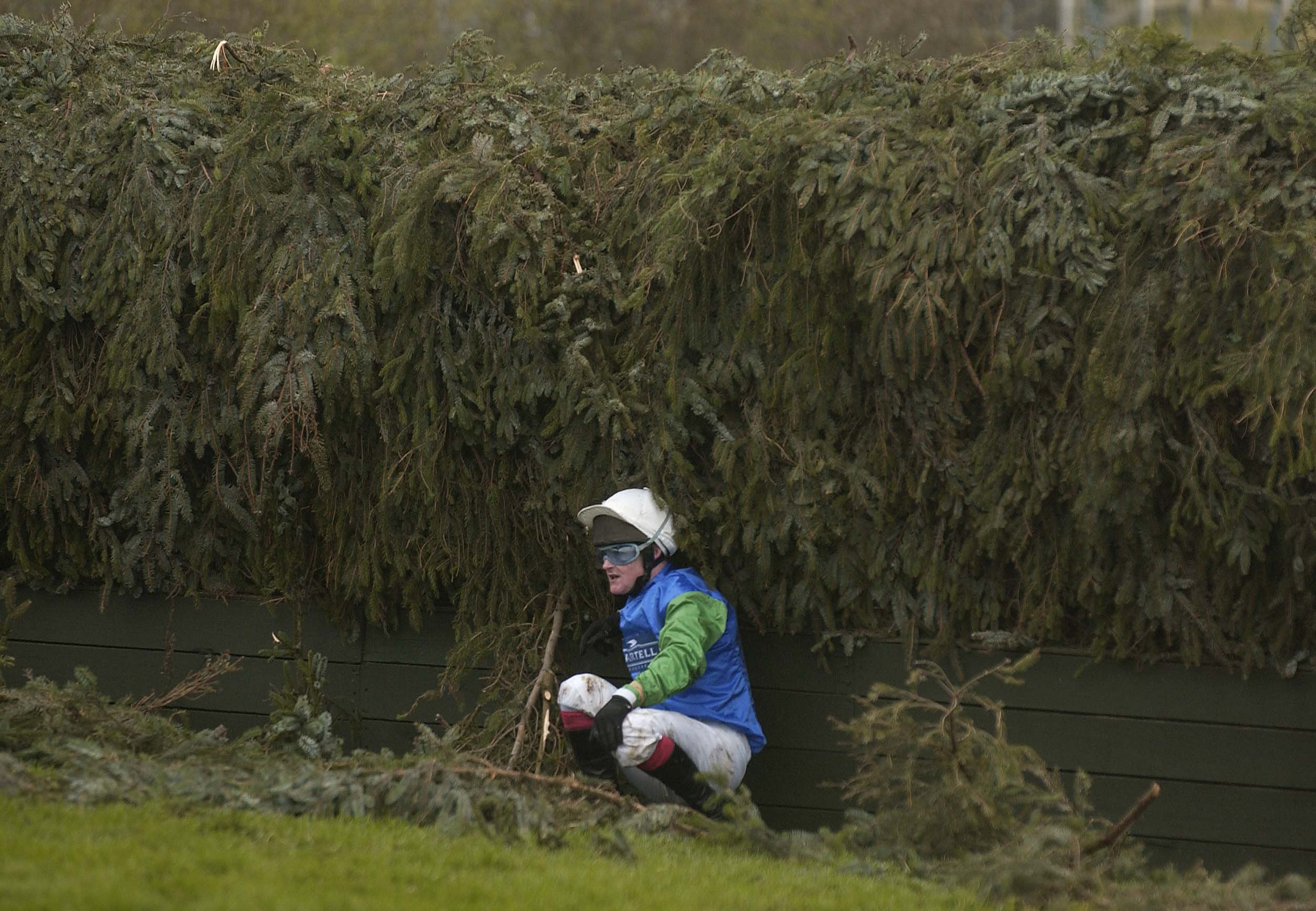 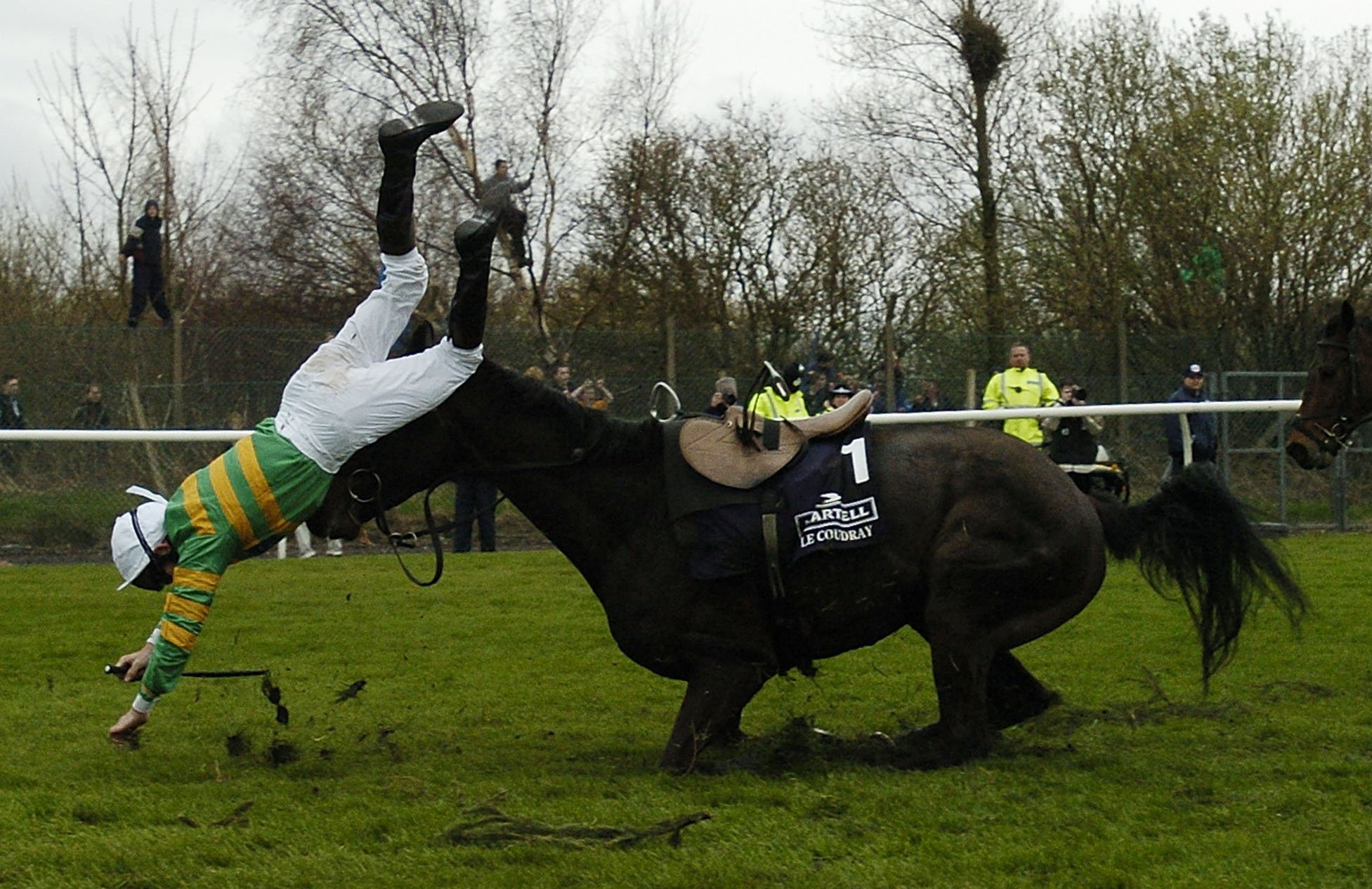 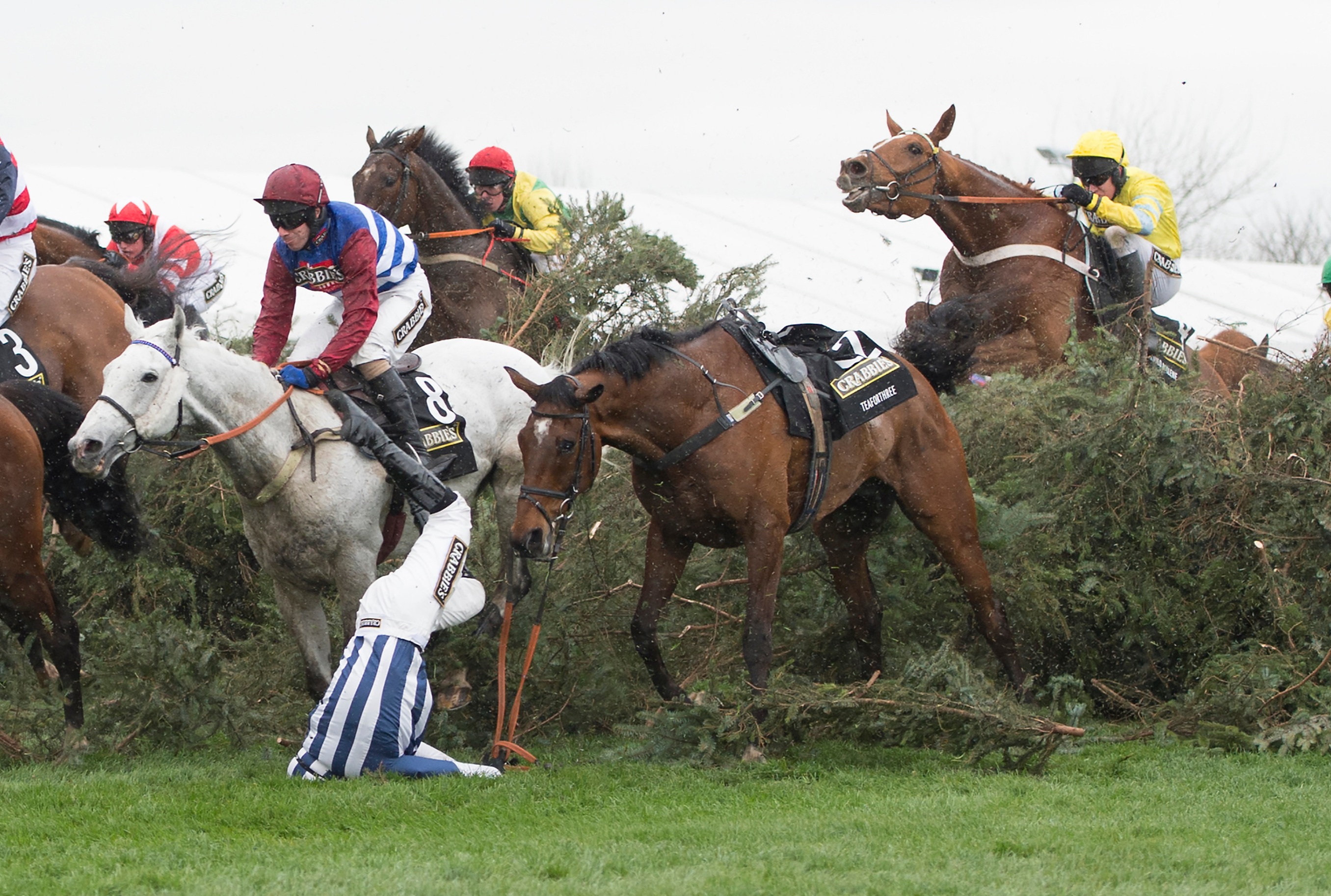 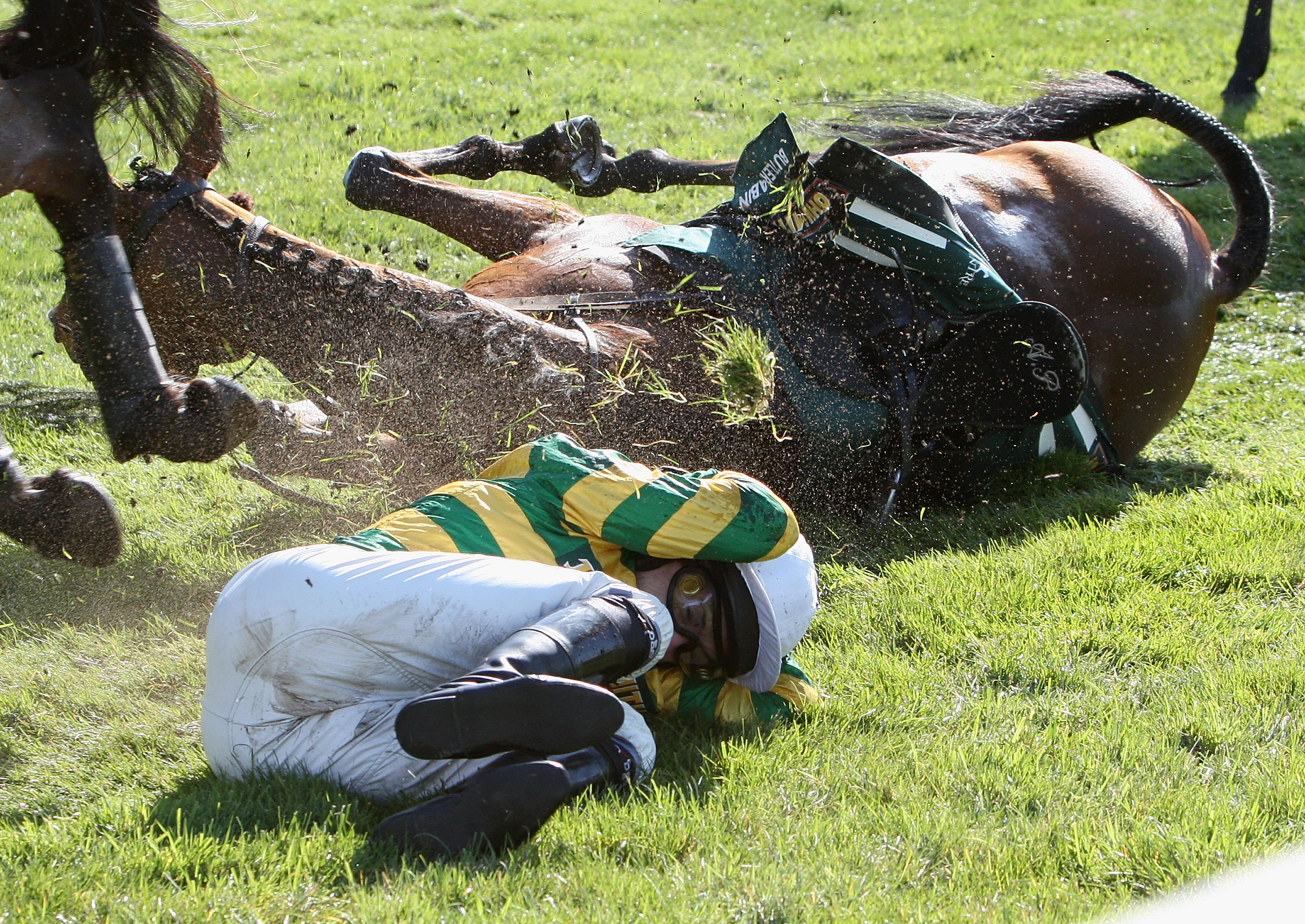 As did that of famed jockey Mick Fitzgerald going airborne in the same race when he was unseated from Esprit De Cotte.

Davy Russell – who twice won the race on Tiger Roll, the defending champion who will not run this year – took an almighty fall in 2004.

Get £140 in free bets for the Grand National

The Irish jockey had to miss this year's Cheltenham Festival owing to another injury.

But he showed how tough he is by recovering from the tumble he took from Takagi at The Chair. 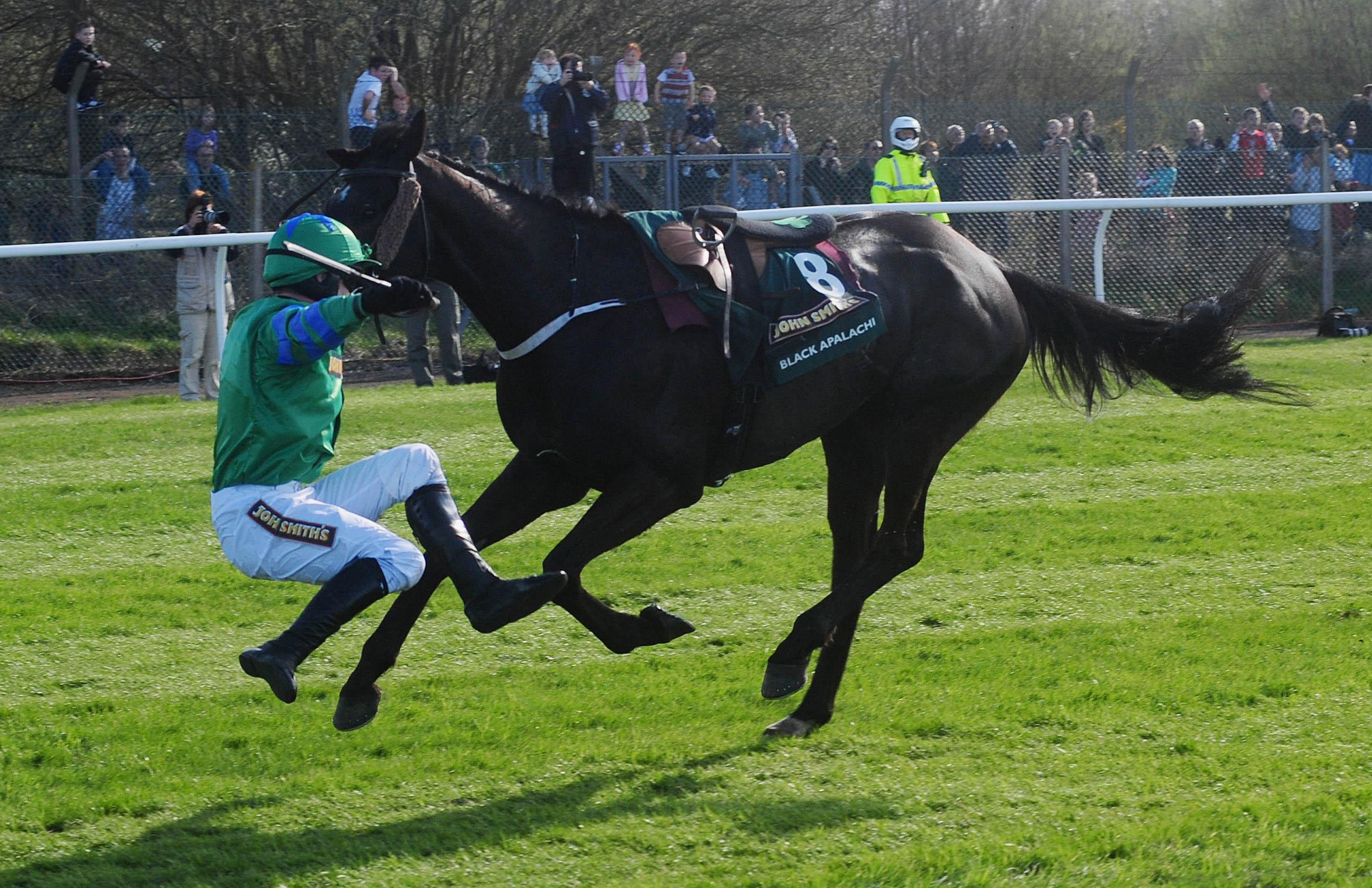 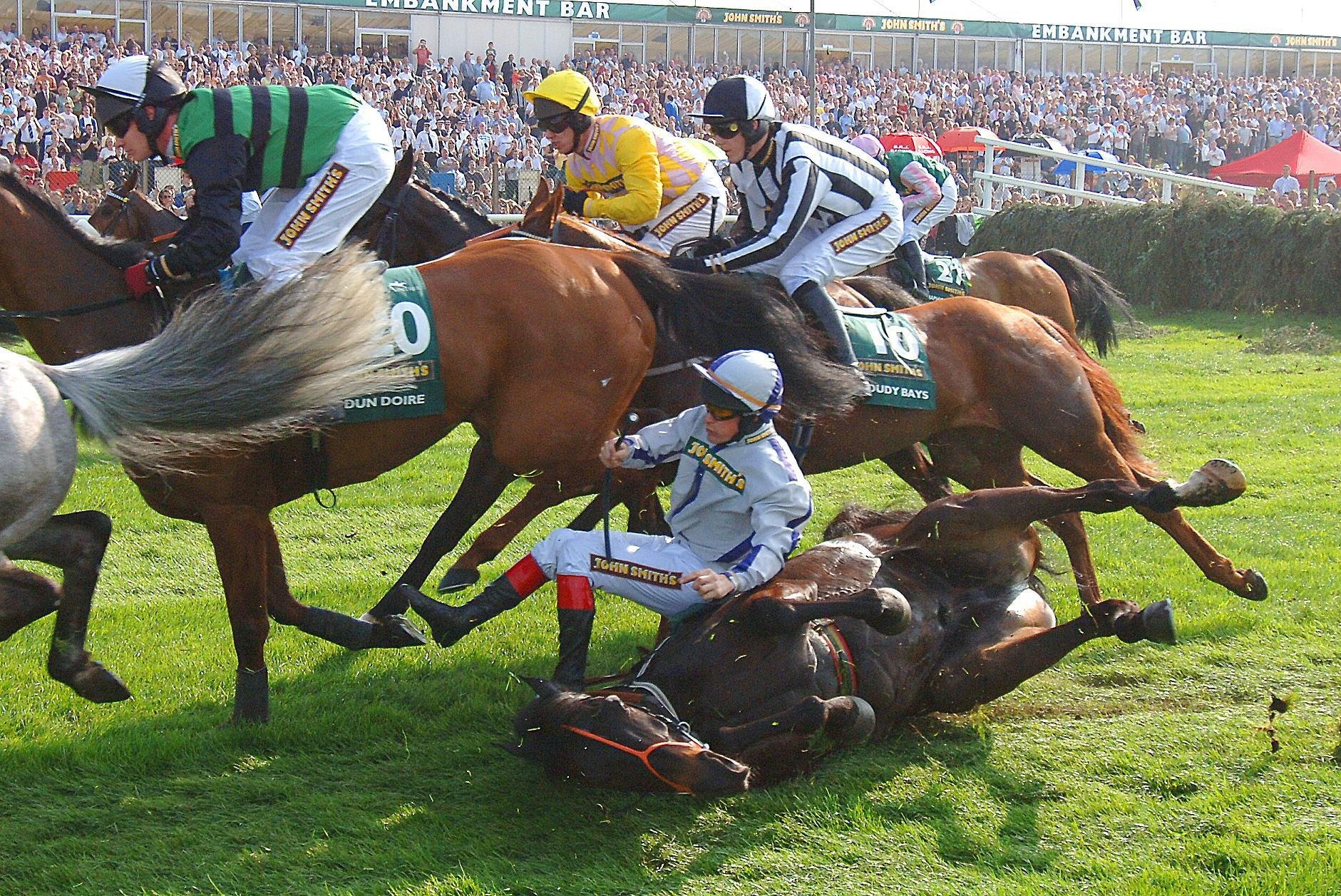 So did Nick Scholfield, who hit the turf head-first when falling from 10-1 joint-favourite Teaforthree in the 2014 race.

The horse had been travelling menacingly well until that point but blundered at The Chair, which was the 15th fence in the race.

Iconic rider AP McCoy was champion jockey 20 times but never won the big one until victorious on Don't Push It in 2010.

Two years before that he had to be helped off the course after falling from Butler's Cabin.

Let's hope this year's race – back after being cancelled last year – throws up its fair share of drama but that everyone gets round safe and well.