ALEXIS SANCHEZ has cost Manchester United a staggering £20MILLION per Premier League goal thanks to his sky-high £505,000 a week wages.

The Chilean forward, 31, joined the Old Trafford ranks in January 2018 as part of a swap deal with Arsenal, as Henrikh Mkhitaryan moved the other way. 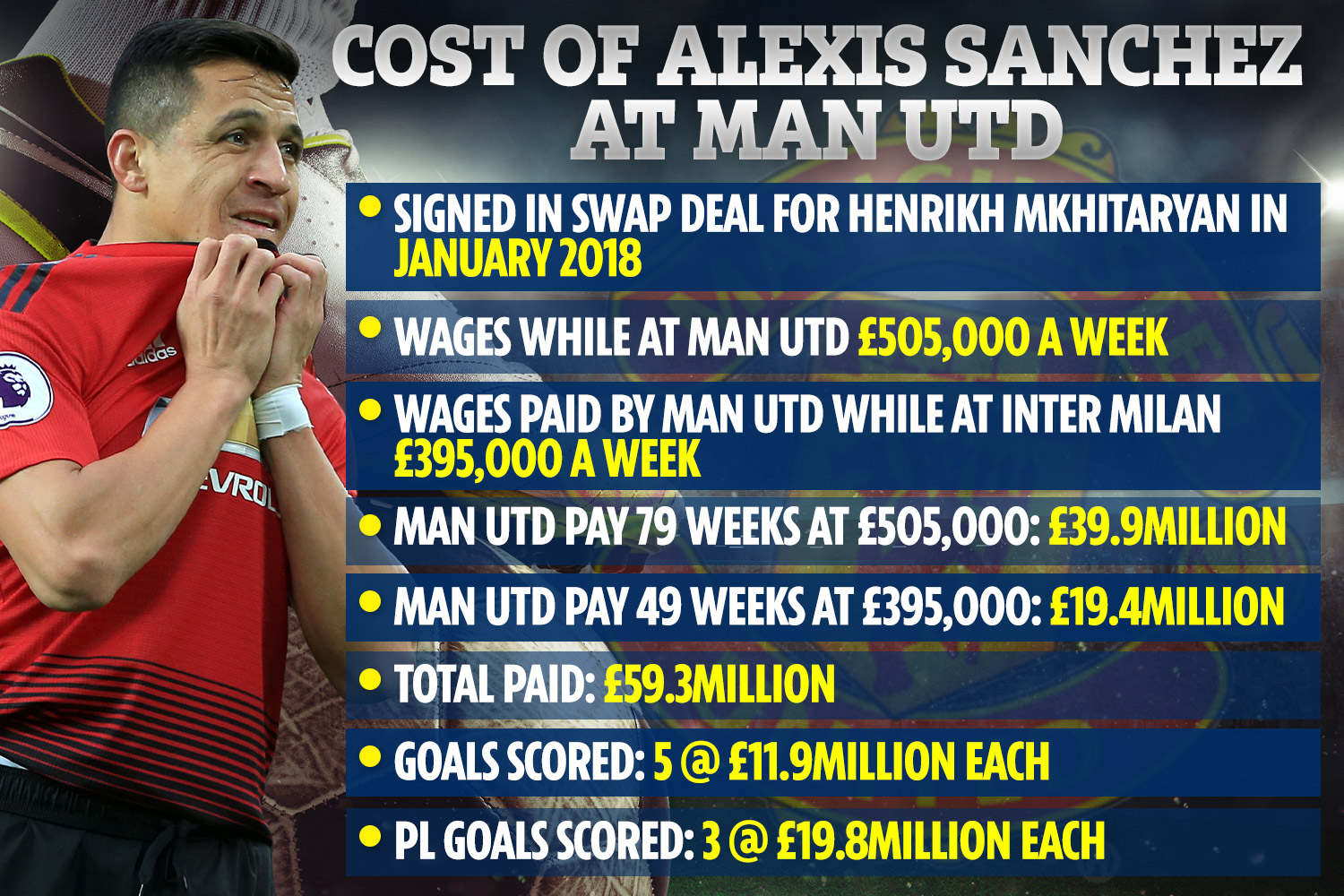 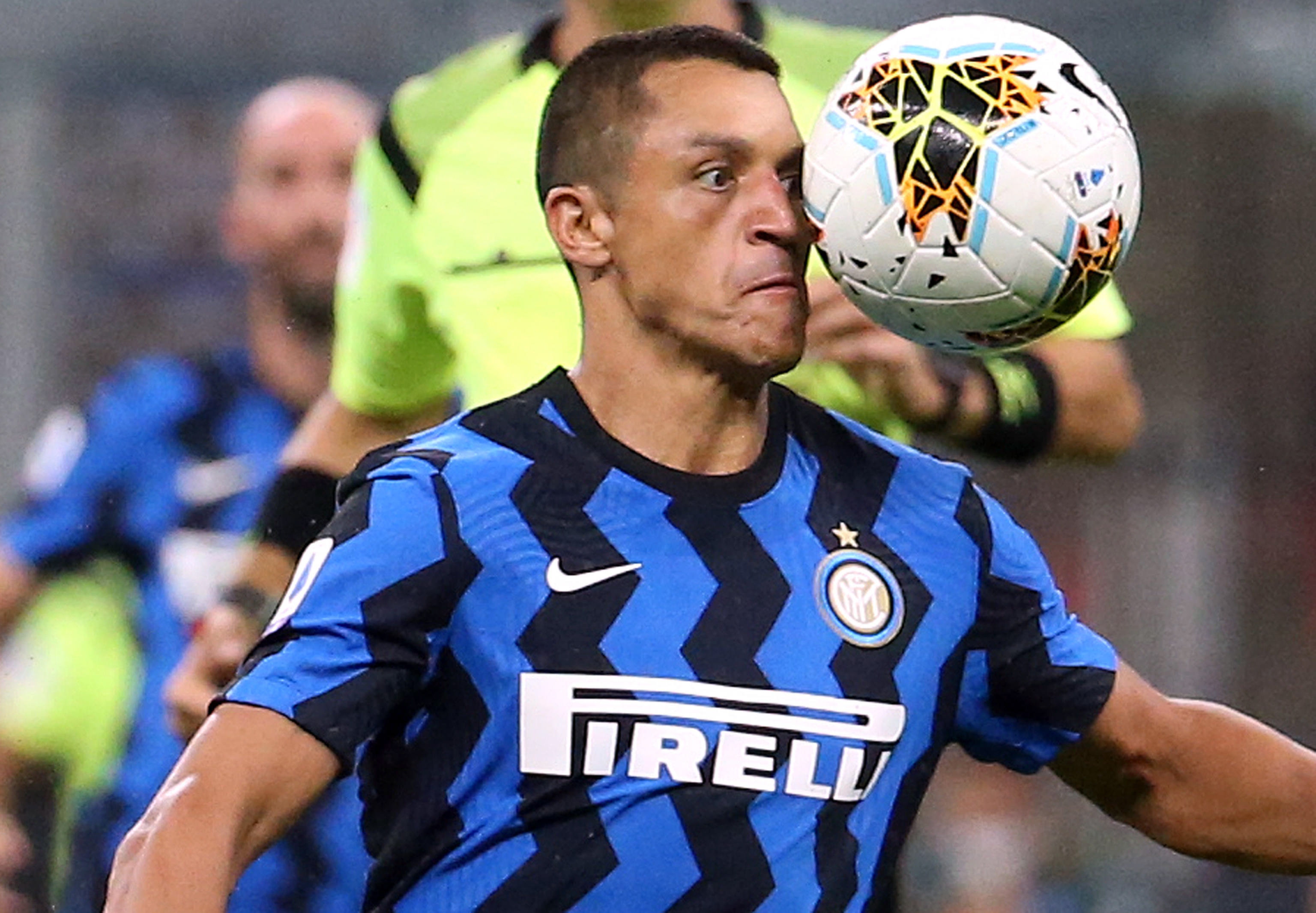 At the time, fans believed the club had played a blinder in signing a superstar without paying a penny.

However, the "free" signing has actually cost the club an eye-watering £60m – with just THREE Premier League goals to show for it.

Man Utd have struggled to compete with the big-boys of English football since Sir Alex Ferguson retired in 2013.

And the signing of Sanchez was supposed to be the turning point – with the club happy to splash out on his wages.

But the dream quickly turned into a nightmare.

Eager to get his pay-packet off the books, Ole Gunnar Solskjaer looked to sell Sanchez last summer – with no-one either willing or able to afford him.

But even then, the Serie A giants were only willing to contribute around 20 per cent of his wages, at £110,000 a week in total.

In the 49 weeks Sanchez has been in Italy, Inter have paid him just £5.4m, with Man Utd paying the remaining £19.4m of wages owed.

That means, since moving to Old Trafford, Sanchez has been paid a total sum of £59.3m by Man Utd.

All in all, that equates to around £20m per Premier League goal scored and £12m per goal across all competitions.

United, again, are set to try to sell Sanchez this summer, with Inter Milan keen after a solid, if unspectacular loan spell.

However, it's unlikely any club will come knocking on his door with £505,000 a week to splash, particularly thanks to the financial impact of the coronavirus pandemic.

Inter are rumoured to be willing to take on Sanchez's wage demands – but only if United let them have him for free.

Even then, Sanchez will need to agree to slash his wages at least a fraction or see out the remainder of his contract, probably on the bench, at Old Trafford, with Ed Woodward and Co forced to pay the bill.