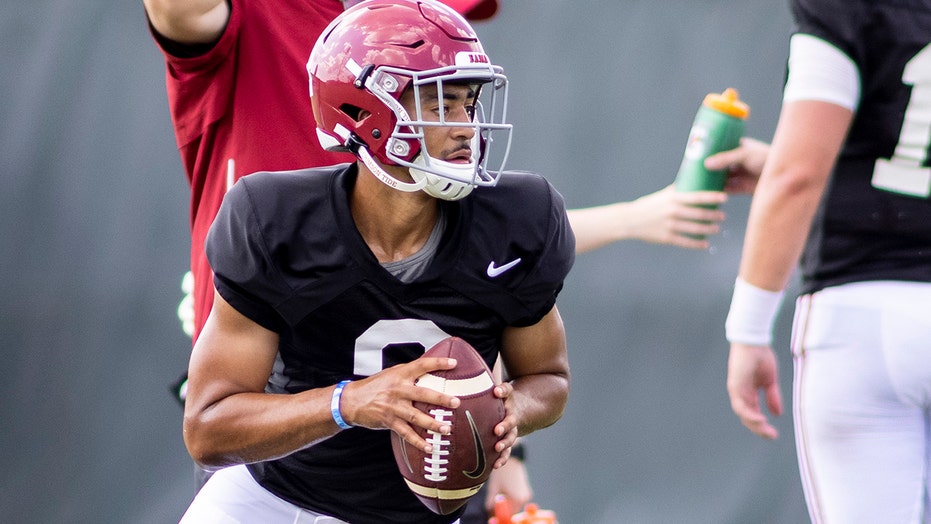 Alabama quarterback Bryce Young is set to take the reins as the Crimson Tide’s starter when the team kicks off their 2021 season against Miami on Sept. 4.

Young was asked Thursday which quarterbacks he likes to study and model his game after.

“For me as far as NFL quarterbacks, Aaron Rodgers is someone I definitely look up to on the field and someone I like to take pieces of their game and study and try to implement into my game, as well as Russell Wilson, who also does a lot of really good stuff,” the sophomore said, via the Tuscaloosa News.

Young made clear it wasn’t just Rodgers and Wilson, but he named them to save some time.

He was Mac Jones’ backup last season when Alabama won the national championship. He was competing for the starting job in the beginning of last season when Jones was named the starter. Jones had filled in for Tua Tagovailoa during the 2019 season when he went down with injury.

Young was a top recruit coming into Alabama. He was considered to be the nation’s top dual-threat quarterback – meaning he could beat defenses through the air and on the ground.

He eventually chose Alabama over USC.