SINGAPORE – Aloysius Yapp’s run at the Predator World 10-Ball Championships ended after he was beaten 10-8 by Albania’s Eklent Kaci in the semi-finals on Friday (Sept 10) in Las Vegas, but he can still hold his head high.

The 25-year-old’s third-place finish is the best performance by any Singaporean at a world meet of either the 9- or 10-ball iteration of pool. He was also the previous best performer when he finished in the top eight of the World 9-Ball Championship in Dubai in 2015.

Here are some things to know about him.

1. He is already a world champion

Yapp first grabbed headlines when he won the World Junior (Under-19) 9-Ball Championships in Shanghai, China in November 2014.

The victory came three months after he had also claimed the Asian Junior title, but was not without drama.

In the Race to 11 format, he went 0-4 down against Chinese Taipei’s Hsu Jui-an. He called for a timeout, refocused during a toilet break, and improved upon his return to the table, although he still found himself on the brink and trailed Hsu 10-9.

He still managed to remain calm, though, and eventually won 11-10.

2. He quit school to pursue pool

Yapp was so driven by his dream of becoming a professional pool player that in 2011, as a Secondary 2 student at St Patrick’s School, he told his mother he wanted to drop out of school to train full-time.

His mother, Angie Tay, said it was a “tough decision” but acceded, citing her son’s determination and talent.

He earns money through tournament winnings – like the US$12,000 (S$16,100) he won in Vegas – and sponsorships with private companies. He also receives funding through the Sports Excellence Scholarship (Spex Scholarship) programme, which provides an enhanced level of support, including financial support, for selected athletes on the Sport Singapore high performance sports pathway.

4. He started playing at a tender age

Yapp first wielded a cue at just eight years old, soon after he saw pool on the television and asked his grandmother about the sport.

His passion was so great that his parents even bought him a miniature pool table for his 10th birthday.

It was seven feet long – compared to the nine-foot ones he now competes on – and allowed him to play without having to tiptoe awkwardly around the rails. It also meant he could practise at home, with opportunities to train at pool parlours limited owing to his young age. 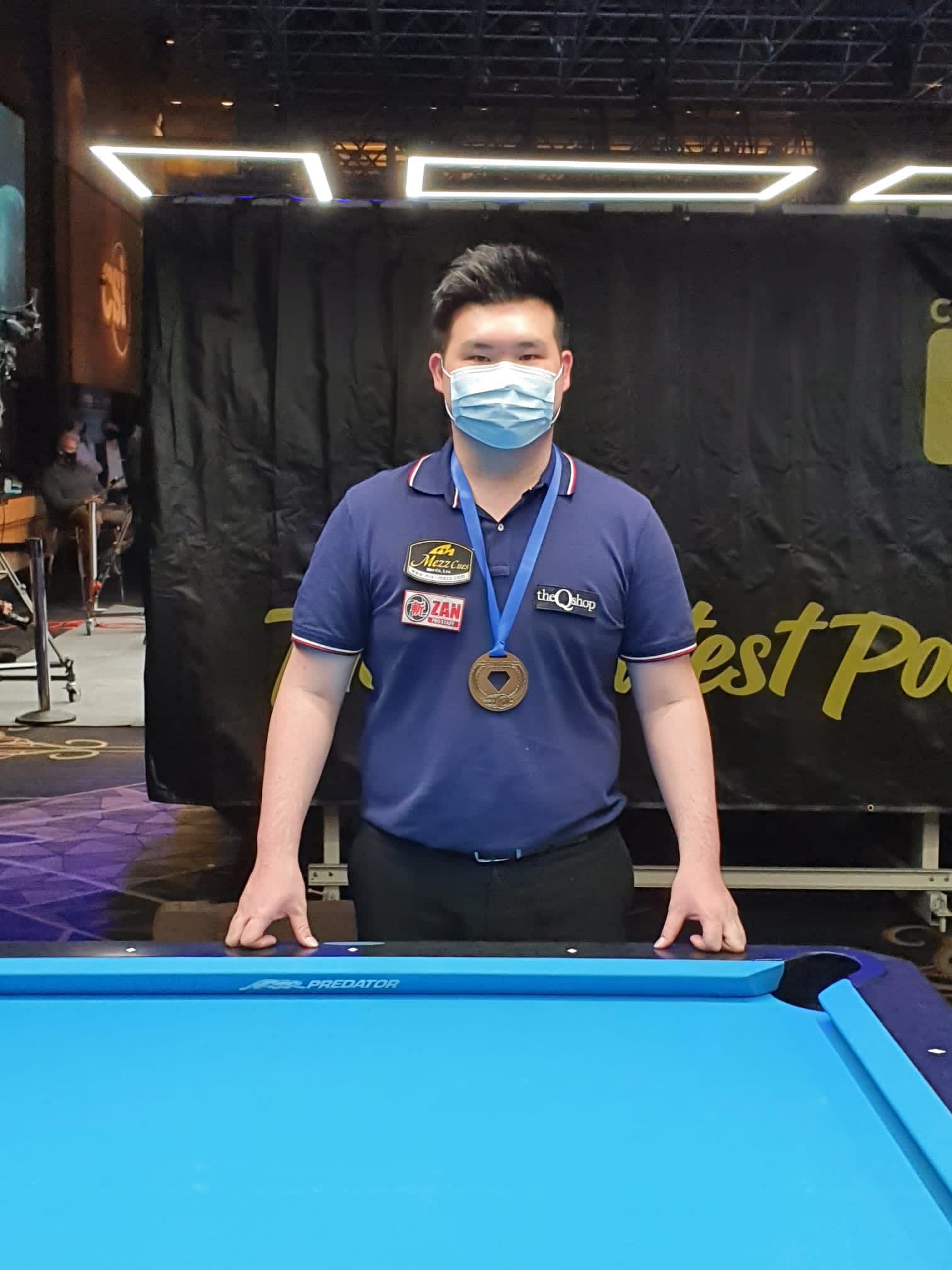 5. He has an impressive cue collection

But he doesn’t collect them for fun.

“I look for technical elements,” he explained. “I look for a certain hit and feedback that I like, and the balance of the cue must be a bit forward-weighted.”

When he goes for competition, he will bring five – two playing cues, two break cues and one jump cue – along with him.

More on this topic