ANTHONY JOSHUA has issued a "face-to-face" proposal to Deontay Wilder in order to personally discuss terms for their undisputed title fight.

With Wilder occupied, Brit pair Tyson Fury and Dillian Whyte are set to be ordered to fight and determine a WBC title mandatory. 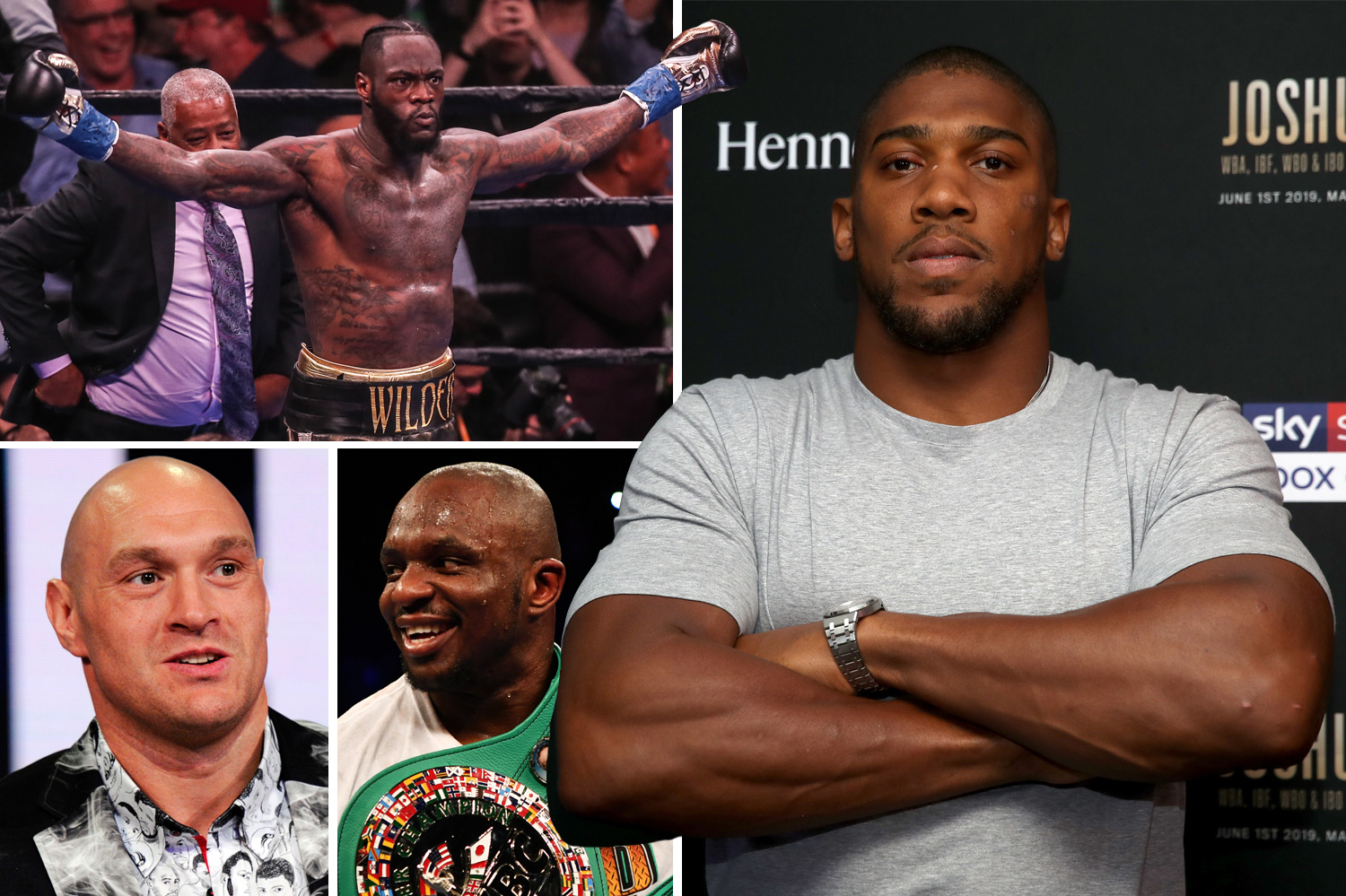 Andy Ruiz Jr is willing to "put his life on the line" when he challenges for the unified heavyweight titles on Saturday.

Here is SunSport's boxing round up.

JOSHUA wants to sit down “face-to-face” with Deontay Wilder in order to personally force through their undisputed heavyweight mega-fight.

Ahead of his US debut, WBA, IBF and WBO boss Joshua told Sky Sports he wishes to sit down with The Bronze Bomber and discuss terms for the showdown "man to man".

Joshua said: "They should sit us down face to face, that would be good.

“I think they should sit us down face to face and talk about what the issues are man to man and get this fight sorted this year."

EDDIE HEARN has revealed Dillian Whyte will be ordered to fight Tyson Fury after Oscar Rivas for the WBC diamond title.

Earlier this month it emerged the WBC had plans to order Fury and Whyte to compete to determine a mandatory challenger for Deontay Wilder’s crown.

Hearn said: "That fights got to happen next unless Tyson pulls out, but he’s not going to pull out.

“Then we’ve got Fury against Whyte. The only way it doesn’t happen is if one of them doesn’t accept the fight.”

HEAVYWEIGHT TITLE challenger Ruiz claimed he is willing to put his "life on the line" against champion Joshua.

The Mexican-American challenges for the WBA, IBF and WBO belts in New York and told The Telegraph just how far he is "willing" to go in order to cause the upset.

Ruiz said: “I’m willing to put my life on the line against Anthony Joshua, it’s not going to mean a lot just for me and my family, but for my country.

“I’ll be in the books: Andy Ruiz Jnr, the first Mexican heavyweight champion of the world. I’m already getting goosebumps by hearing that."

JOSHUA is sporting a shiner just days before he makes his American boxing debut.

But the WBO, WBA and IBF heavyweight world champ insists his black eye is nothing to worry about ahead of his scrap against Andy Ruiz Jr.

Speaking to Seconds Out, AJ, who has been training in Miami, said: "That was just physio stuff really.

"No-one really does that to me in sparring and stuff like that. So that was just more physio stuff – like rehabilitation, recovery."

JOSH WARRINGTON is "bored" of Kid Galahad with the IBF featherweight champion defending the belt against his rival on June 15.

Warrington said: “He is pretty boring. You wouldn’t wanna go out for a pint with him, would you? He’d have nothing to say.

“Everyone is different. That might suit him, living like a monk but I think you need to have a switch off from boxing because it is constantly there.

“You might think you’re always hungry, but it is during that little bit of time away living life when you realise there is a little bit more hunger for boxing in there."