It was the prank heard ‘round the world that turned serious fast. In a video recap of The Challenge: War of the Worlds posted in February, Da’Vonne Rogers told a story about Amanda Garcia being duct-taped by cast members while on the show. However, she wasn’t in the room for the incident and during the Wednesday, May 29, reunion special, Johnny “Bananas” Devenanzio called her out.

“Da’Vonne, I think you owe us an apology,” the reality star, 36, said during the reunion, speaking on behalf of himself, Kyle Christie and Theo Campbell. “The video that you made when you weren’t even privy to what happened, caused a lot of drama, unnecessarily, because you mischaracterized a situation that happened for your YouTube channel.” 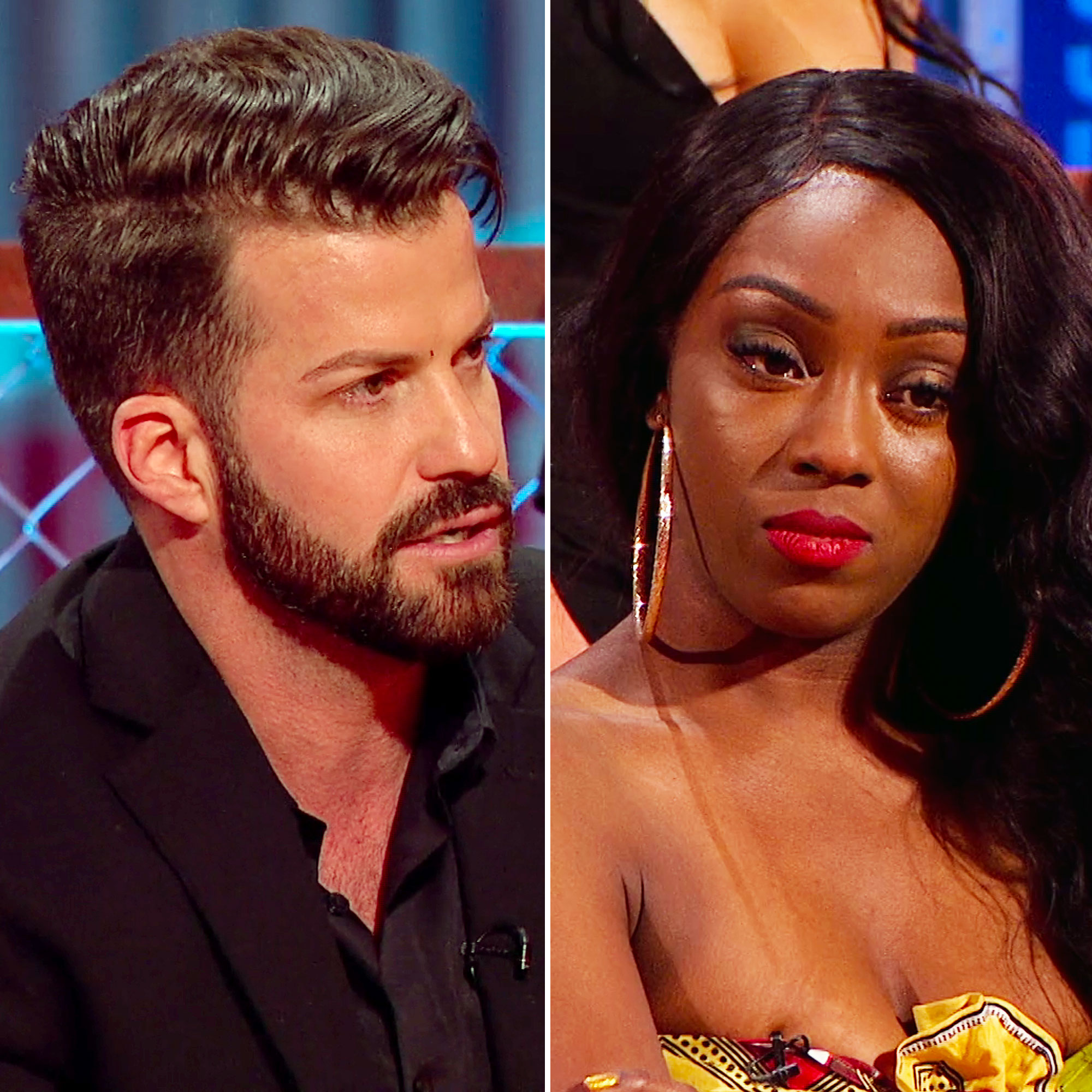 Bananas then went on to explain what happened when Amanda continued to come in and bother the guys. “Finally, it was like, ‘All right, Amanda, if you come in again, we’re gonna tape you up and throw you outside.’ So she comes in, we grab a role of Gaff tape. Kyle, myself, Theo and also Zahida [Allen] and Georgia [Harrison] all playfully try to tape Amanda up and she’s flailing around. We tape her wrist and she takes the tape off; we tape her ankles, she takes it off. Then she pulled the tape in her hair, and it got in her hair.”

Amanda initially tweeted about the incident in February. “Looks like they didn’t wanna show the guys tying me up against my will either. Hmmmm. I guess if you don’t constantlyyyyy play the victim on tv they don’t wanna show that s–t,” the 26-year-old wrote at the time. However, after the video started causing buzz, she backtracted. On March 7, she wrote that while her castmates “went too far,” she was aware that “their intentions were never to hurt me.” However, later that day, she added: “After the reunion my career with MTV is OVER. I don’t need their s–t I promise u.” 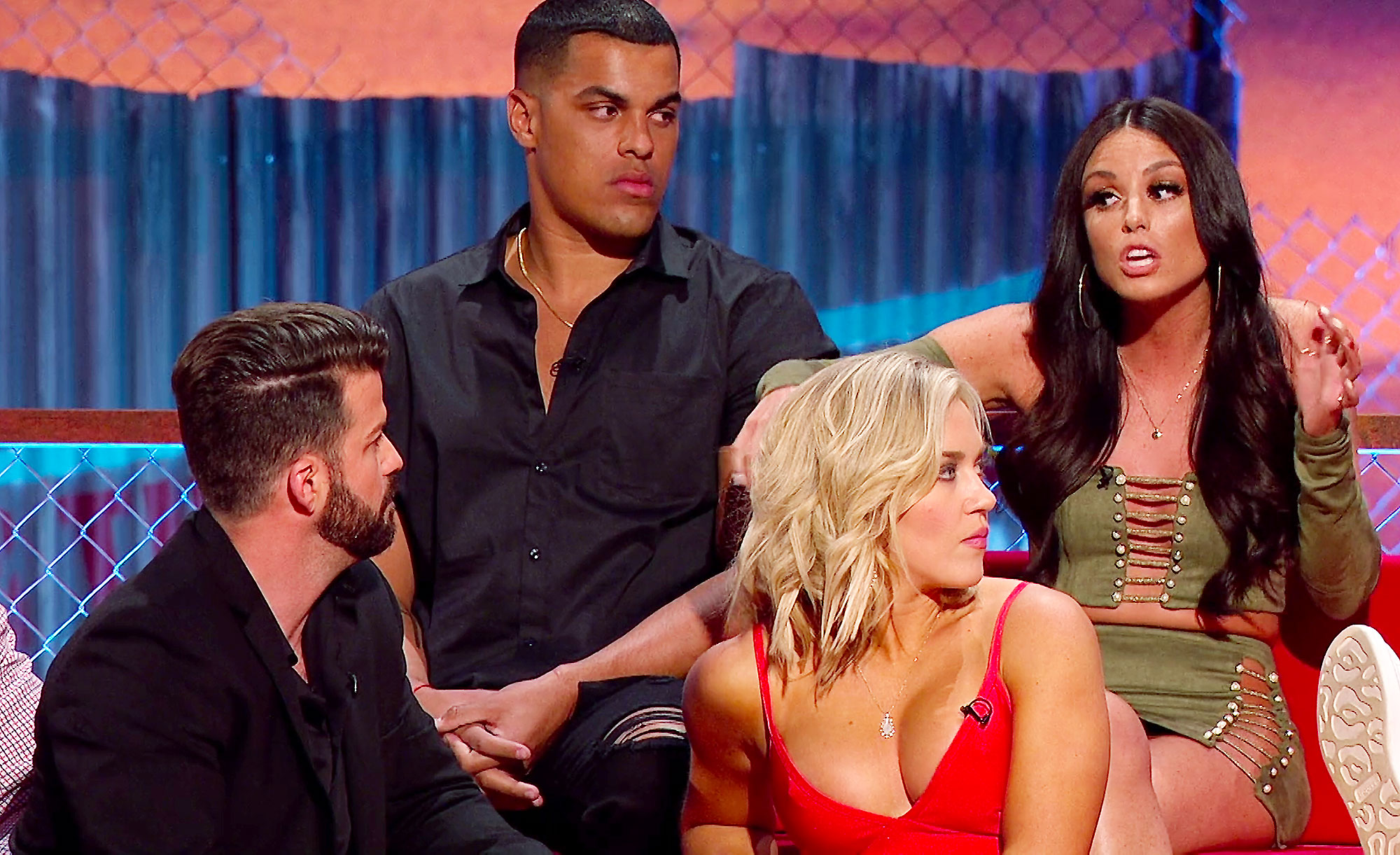 She was shown the footage after the incident and cleared the air during the reunion.

“He’s right. I was drunk, I was on one. I was starting s–t,” the Are You the One? vet began. “When you, specifically you, you did start – it was playful – you did start wrapping it around my head, wrapping it around my hair, and that’s when you guys dropped me and I busted out, and as soon as I tried to rip the tape out of my hair, my hair was ripping out. It did not bleed.”

She admitted that the situation was blown up “into something it wasn’t.” However, Bananas still wanted an apology from Da’Vonne. “Why, if you knew that was being mischaracterized, Da’Vonnne, then why didn’t you do another video, saying, ‘Everything that’s being said right now is false. I wasn’t even there,’” he asked her.

Luckily, the Big Brother alum did say she was sorry. “I do apologize for making the video. When I made the video, I specifically made it a point to say there was no malicious intent behind it. I said it was a joke. I said I was not there,” Da’Vonne, 31, told Bananas. “I said, but when she did get to me, she was bawling. She had hair in her hand from where the tape was in her hair, and I said I know this for a fact because I also helped her tape the tape out of her hair. … I didn’t know nothing about the girls because when she was retelling the story to me, she only mentioned you three. With all of that being said, to you three gentleman, I do apologize.”