Home » Lifestyle » Why the arts industry is in dire straits, no matter who wins the election

Singer and songwriter Luke Sinclair says a lot of talented people have disappeared from Melbourne’s music scene as a result of COVID. “They just aren’t coming back. You wonder where they are, if they’re OK, if they’ll ever come back.” 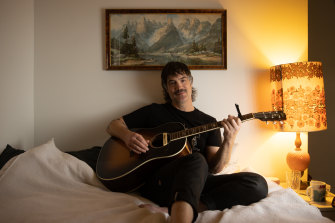 Luke Sinclair says COVID has knocked the music industry for a six.Credit:Simon Schluter

Now heading The Luke Sinclair Set, the former Raised by Eagles singer has been making and playing music in Melbourne for several decades, while working full-time in an unrelated field.

COVID broke a lot of people, Sinclair says, in what is a difficult and competitive industry. “There’s this whole new beast you have to consider,” he says. “They say that Melbourne’s back and you get the sense that the pandemic is over but it’s not,” he says. “We’re all very fragile at the moment because it’s been so hard.”

The Luke Sinclair Set’s debut album, Heavy Dreams, came out just before the pandemic hit and Sinclair has not been able to tour it as a result. While music is his driving force, the past 18 months have forced him – and many like him – to look at what he does and to analyse whether he can continue doing it.

Sinclair’s reality is not uncommon and reflects the state of affairs for many in the industry, according to Ben Eltham, lecturer in media and communications at Monash University. “We already know that the industry is low-paid, the work people do is often insecure, casualised – it’s the original gig economy – and that’s only been exacerbated by the pandemic.” 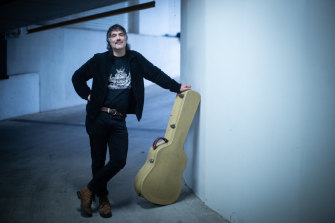 Sinclair is an ambassador for Fund the Arts, a group formed to lobby for the arts.Credit:Simon Schluter

The state of the arts in Australia across all genres – music and literature, film and television and the visual arts – is bleak, according to Eltham, and people across the arts ecosystem are struggling. “There’s been so much damage done to the sector over the pandemic that lots of smaller organisations are just struggling to hold on,” he says. “Venues in particular have run down all their reserves and are hanging on by their fingernails.”

There has been some recovery since the shutters went up earlier this year but it’s a long way from the pre-pandemic reality: audiences are not back and COVID is still here.

Eltham says regardless of who is elected on Saturday, support for the sector needs to be reimagined. “We need a big, large-scale public reinvestment in the sector that sets the sector up for a sustainable future,” he says, calling on politicians to look at the big picture. “We need to support this stuff because of its cultural value, its public value, the value it has to ordinary citizens.”

During the lockdowns, art and culture sustained us through books, music, film and television. The importance of live music, theatre and the visual arts was underlined because we were unable to access them.

Eltham notes that Australia hasn’t had a formal cultural policy at federal level since 2013. He points to content rules, which 30 years ago were sophisticated: live-to-air television had to feature 55 per cent Australian content between 5pm to 10pm. In terms of streaming, today a giant service like Netflix has just a two per cent Australian content rule and Stan, which is Australian-owned (by Nine, the owner of this masthead), needs only 10 per cent.

“Australian readers love Australian writing [but] there is negligible support for the literary sector – the lowest of any of the artforms; it’s crazy,” he says.

Eltham and Sinclair are ambassadors for Fund the Arts, an informal group of individuals from across the country who came together to put the arts on the agenda this election. Some of the major policy aims of the campaign are to introduce 20 per cent content quotas for screen, creative fellowships for top Australian artists, support for First Nations artists, doubling lending rights money to writers, funding of community broadcasters and investment in regional arts. That’s just the beginning, says Eltham: “We haven’t talked about arts and culture in federal elections for a long time, this time round there is more of a recognition. I hope for voters it really matters.”

The Luke Sinclair Set plays at George Lane in St Kilda on June 11 and the Winter Sounds Festival from July 15-17.