The first Who Wants To Be A Millionaire? winner in 14 years will be crowned tonight.

The winner, whose identity has not been revealed, is understood to be a man who answered the 15 questions to reach the jackpot in ‘record time’.

Jeremy Clarkson has already described the winner as the ‘best contestant ever’ and said he or she ‘whizzed through’ the challenging questions – but remained tight-lipped on any more details.

The winner will be just the sixth millionaire to triumph on the ITV show since its launch in 1998. The last person to win the show was retired civil servant Ingram Wilcox, who was crowned in 2006. 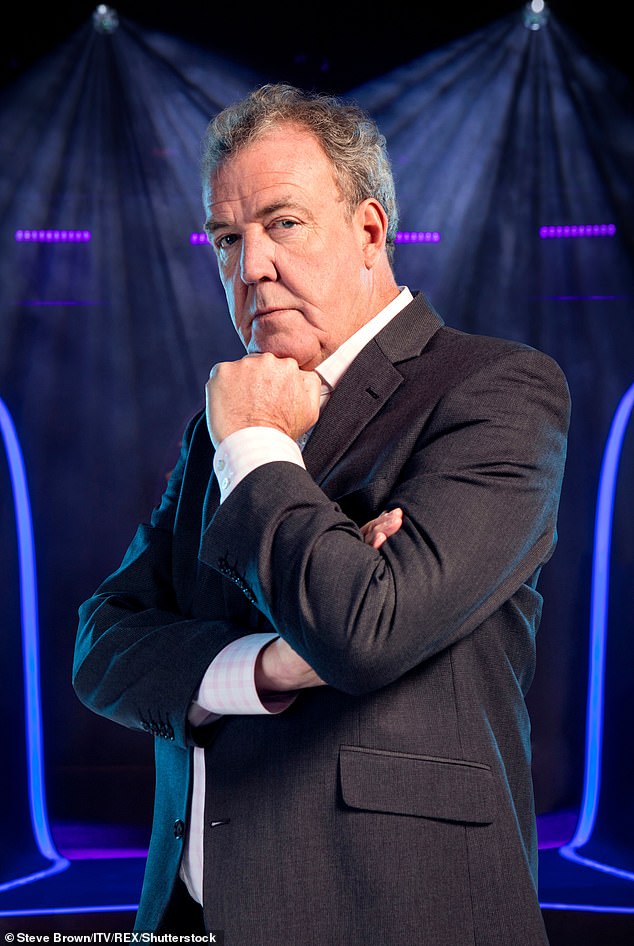 Thrilling TV: The best contestant to ever appear on Who Wants To Be A Millionaire? wins the top prize next month, according to host Jeremy Clarkson (pictured last year)

The programmes were filmed in recent months without a studio audience because of guidelines on social distancing.

Speaking last month, Jeremy, 60, said: ‘I’m absolutely thrilled and delighted that we’ve found someone who seems to know just about everything.

‘I can’t wait for the viewers to see it and I want to watch it back, too. I was just in awe of this contestant and think they are probably the best the show has ever had in its 22-year history. It was a joy to sit and watch it unfold.’

Clarkson said the contestant ‘whizzed through the 15 questions’, adding: ‘All of a sudden, confetti was falling from the ceiling and I was saying ‘You’ve just won £1 million’. 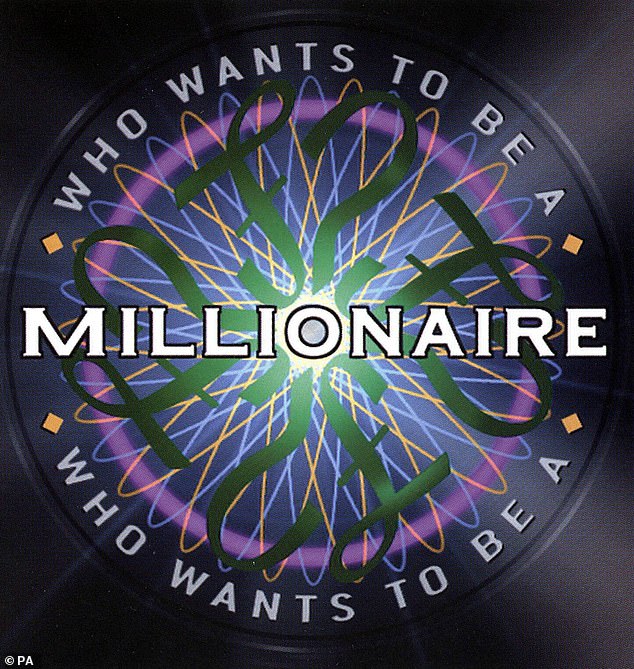 Genius: The new series has already been filmed, with one person walking away with £1 million – the sixth millionaire the ITV show has produced since 1998

‘I wasn’t sure I’d ever get to utter those immortal six words and I’m not embarrassed to say, it was a little emotional but, boy, did it feel good.’

In May, retired doctor Andrew Townsley, from Glasgow, nearly became the sixth £1million winner but walked away with £500,000.

When faced with a final question on motorsport, he decided to play it safe and stick with half a million pounds. 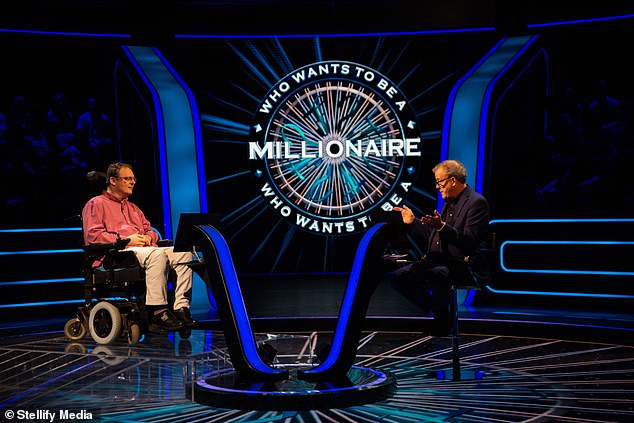 So close: In May, retired doctor Andrew Townsley, from Glasgow, nearly became the sixth £1million winner but walked away with £500,000

Ingram Wilcox was the most recent winner of the top prize, going all the way in 2006.

In all, five contestants have previously won the £1 million prize on the UK version of Who Wants To Be A Millionaire?.

The first was Judith Keppel in November 2000. 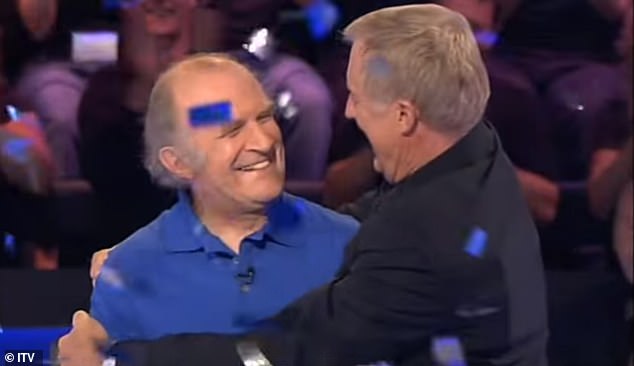 Millionaire: Ingram Wilcox was the most recent winner of the top prize, going all the way in 2006

Perhaps the most famous contestant in Who Wants To Be A Millionaire? history, Major Charles Ingram, was back in the news recently thanks to ITV drama Quiz.

Ingram ‘won’ the grand prize but it was never paid out after he was accused of cheating in an infamous coughing scam.

Who Wants To Be A Millionaire? returns to ITV in September. 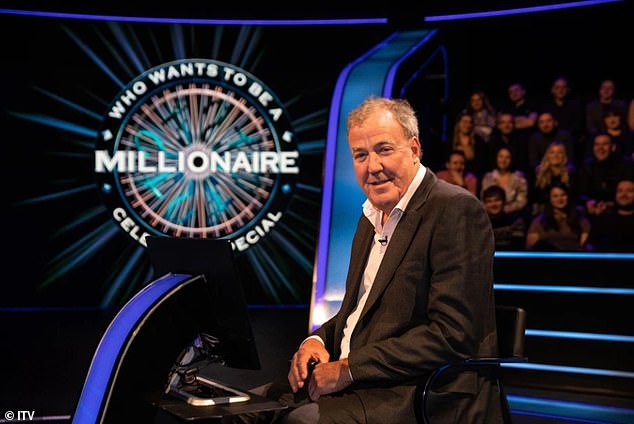 Money, money, money: Who Wants To Be A Millionaire? returns to ITV in September

WHO WANTS TO BE A MILLIONAIRE – THE BIG WINNERS 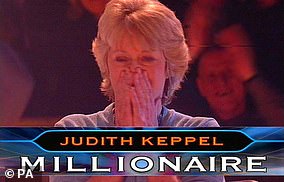 Judith is to date UK Millionaire’s only female winner, and made history when she was the first contestant to scoop the top prize.

She went onto return to the show in 2003 for a winners special and with the help of David Seaman won £32,000 for charity. 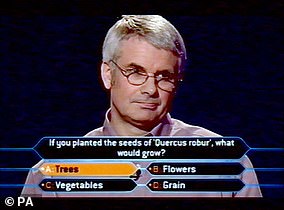 He also appeared on a winners special with Tara Palmer-Tomkinson, winning £32,000 for charity. 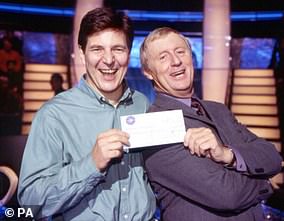 Robert – a former banker – appeared on Millionaire just 11 days after Charles Ingram’s infamous stint, and had even been sat in Winners Row while the show was being filmed.

He reached the final question with relative ease, and with the help of a 50:50 received the famous seven-figure cheque. 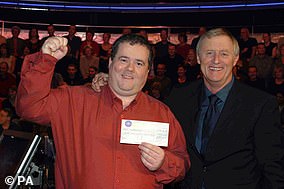 Pat proved to be one of Millionaire’s best-equipped contestants by the time he reached the £1 million question, as he still had two lifelines to use.

With the help of a 50:50 and Phone-A-Friend, he was crowned winner, and is now a regular in the world of professional quizzing and on BBC’s Eggheads 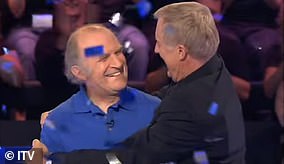 Huge: Ingram was the last contestant to win the top prize on Millionaire in 2006

Ingram was the most recent contestant to win Millionaire, and shared his winnings among his five children.

The retired civil servant from Bath moved into a new home in France a year after appearing on the show.