Home » Lifestyle » What does the Injury League Table tell us about the current Premier League season?

Injuries have already played a huge part in the current Premier League season.

Virgil Van Dijk, Kevin De Bruyne, Harry Kane and Paul Pogba are some of the most high-profile names to have spent time on the sidelines, but it’s not only the big six clubs that have been hit hard.

Going into the final third of the season, our Injuries League Table reveals which squads currently have the most – and least – injuries.

And could that impact which teams are the most picked in Dream Team Selector Game 5, which kicks off on February 27? 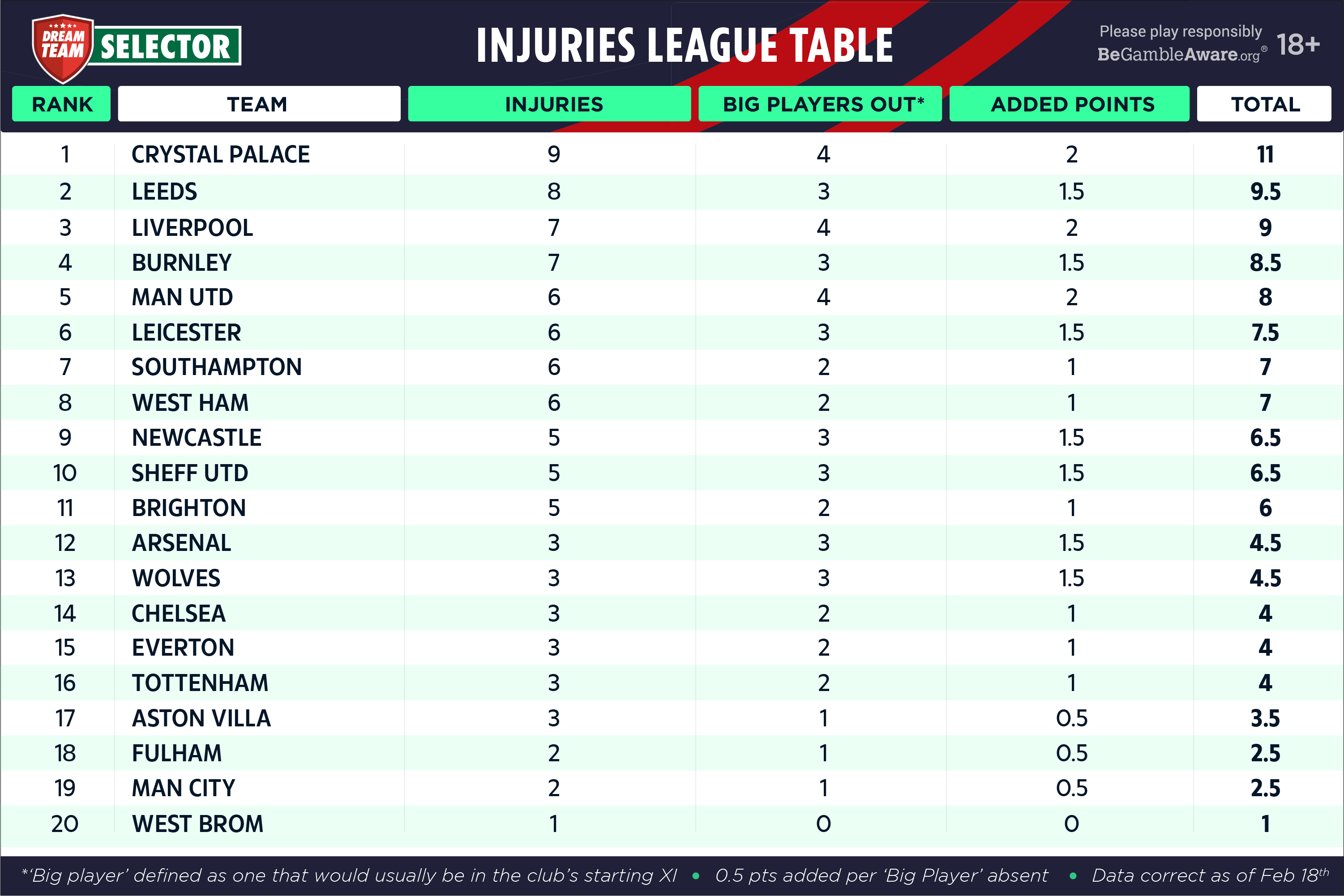 Going into this weekend’s matches, there could be as many as 93 players out of action.

That’s down 15% from when we published our last Injuries League Table in November, but it’s still a fair spate of issues.

And it’s Crystal Palace who have got the roughest end of the deal at the moment.

Their 9 injuries – including to four ‘big players’ – have likely been a reason for their poor performances in their recent losses to Leeds and Burnley.

Leeds themselves are only slightly better off and have been even leakier than usual at the back in the absences of internation centre-backs Robin Koch and Diego Llorente.

Alongside Palace, it’s Liverpool and Man United who currently have the most big players out.

As well as Van Dijk, the losses of Joe Gomez, Alisson and Thiago Alcantara at various times have been critical to the Reds’ spluttering efforts at retaining their title. 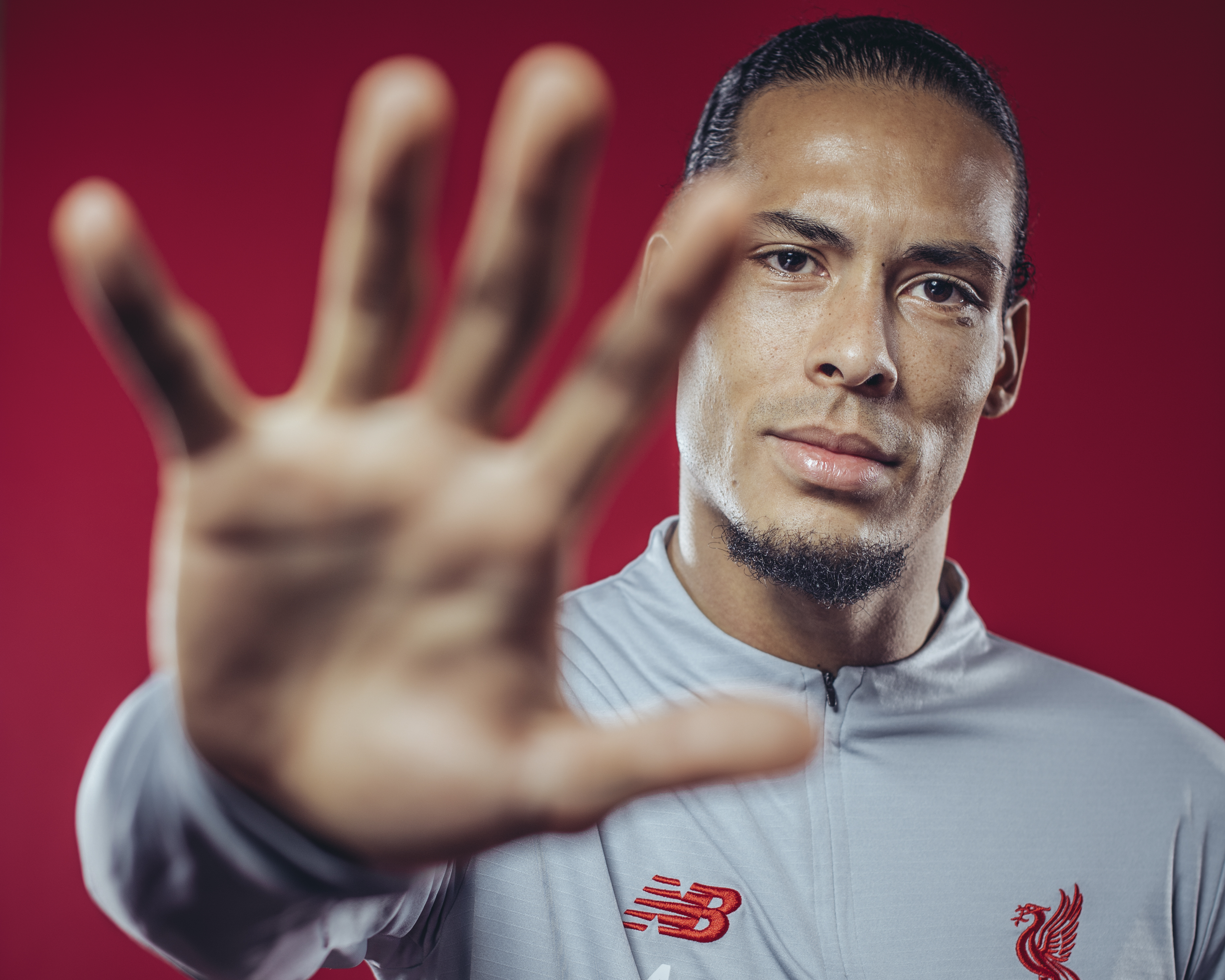 Title favourites Man City are at the other end of the table with a clean bill of health aside from Nathan Ake now that Ilkay Gundogan is set to return.

The club’s all-time top scorer Aguero has been absent for much of the season which makes their dominance even more impressive.

Could injuries also play a part in who gets relegated?

Fulham and West Brom are almost at full strength, whereas basement rivals Burnley have seven injuries, three of them to big players.

Has this given you a headstart on who to pick in our Selector game?