Wendy came in hot, slamming her brother for suggesting she didn’t attend their mother’s funeral.

Wendy Williams took her family feud to her talk show for the second day in a row this week Tuesday morning, calling out her brother Tommy at the very top of the hour.

Over the weekend, Tommy Williams accused Wendy of skipping their mother’s funeral to spend time with her ex-husband Kevin Hunter and their son, Kevin Jr. While she addressed it briefly on Monday, she unloaded Tuesday, as the subject dominated the first segment of the show. 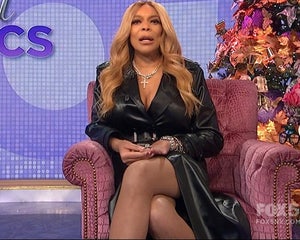 Wendy Williams' Mom Shirley Dead: 'Gone Is the Best Mother, Best Girlfriend a Girl Could Ever Have'

“Count me down, I don’t want to spend more than a minute and half on this, seriously,” she told her producers, before taking seven minutes of the show to address the allegations.

“Tommy you know I was at mommy’s service and you know she looked beautiful in her casket and you know that you fist fought a loving member of our family half your age, a blood relative,” she began, clarifying that the person with whom he allegedly fought was not her son, Kevin Jr.

“You started a fight over an open casket right there with my mother and thank God we were at a civilized funeral home and the men of the funeral home blocked, so mommy wouldn’t fall out and there would be a catastrophe,” she continued. “You should know better at 53.” 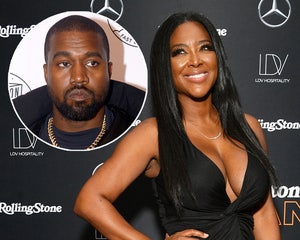 “For all of you all who wonder why I said on that day I appreciated my ex-husband more than I can appreciate my brother, it’s because my ex-husband was invited to be there,” she continued, saying she and her mother talked about Kevin Sr. attending before her death. “She looked gorgeous … and you fought with our family member,” she added.

As the alleged fight broke out, Williams said her ex came to her and their son and said, “I know it’s not my place … I need to break this up, this is not right.” They agreed he should intervene and voted to “defend [him] until the end” if they all wound up in court.

“He walked up to the front and separated my brother and this young family member, who was very confused being a young man and moved it all out to the lobby,” she said. The funeral continued from there and simply “turned up the music a little bit” as screaming allegedly continued outside.

Williams explained that after the funeral, she and the two Kevins didn’t immediately go to her sister’s house for a reception, but instead went out to lunch just the three of them. Kevin Sr. then dropped Wendy and their son off at her sister’s.

“And, that is all I’m going to say about that situation,” she added, in tears. She also told her producer Norman that she has no desire to get back together with her ex-husband — but said “he was the man that day.”

While Tommy hasn’t responded to Williams’ latest comments yet, he’s been posting all week on his YouTube page … so, stay tuned!

We recently learned that Space Jam: A New Legacy will feature a lot more Warner Bros. characters than the Looney