Home » Two-bed house narrower than a London bus goes on the market for £430,000 in seaside town

The adorable property in Padstow, Cornwall measures just 8ft 2ins at its widest point – meaning it's thinner than a Routemaster, which is 8ft 2.3ins across. 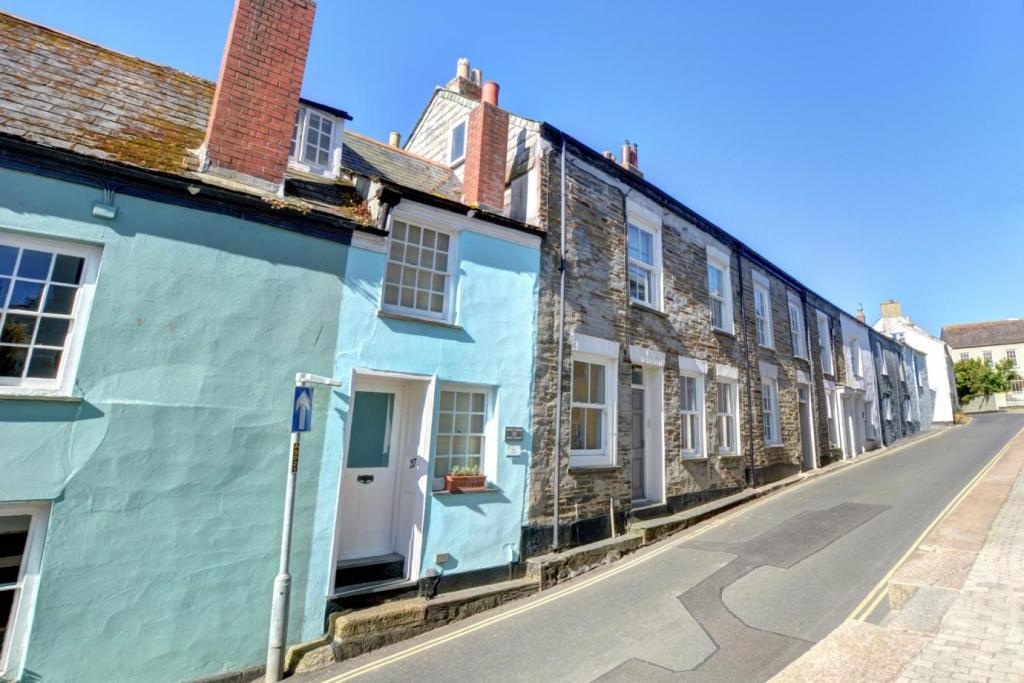 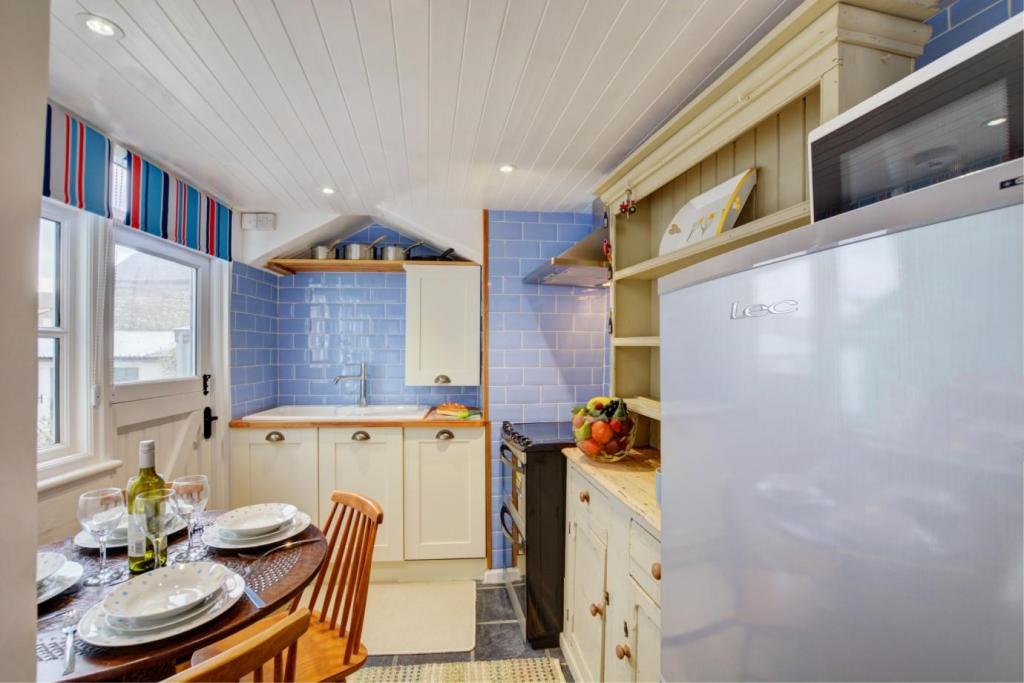 By comparison, an average family home is usually around 22 feet wide.

Painted a very cheerful bright blue, the home, used as a holiday let for much of the year, slots neatly between larger properties either side.

And despite compromises on size, the lucky new owner will find plenty to enjoy.

The home's front door leads directly into a dinky living room with a flagstone floor and cream walls.

A set of steps leads down to the kitchen, slightly below street level.

A clever designer has used smaller furniture, including a neat round table, to decorate the room.

Out through a door in the kitchen is a charming courtyard, furnished with a table and four chairs for the lighter evenings. 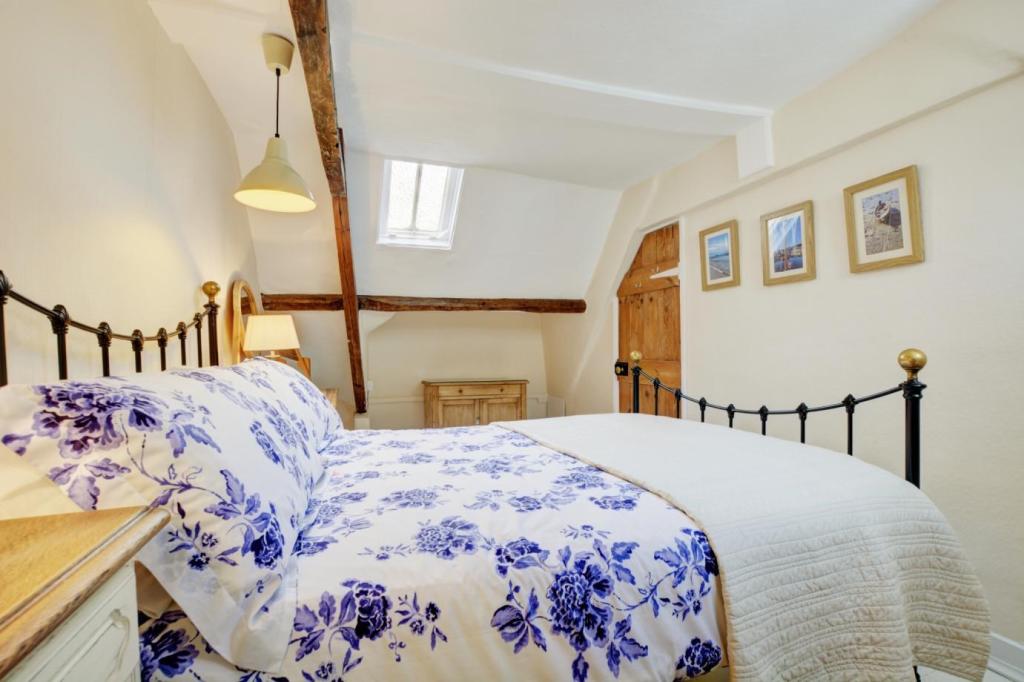 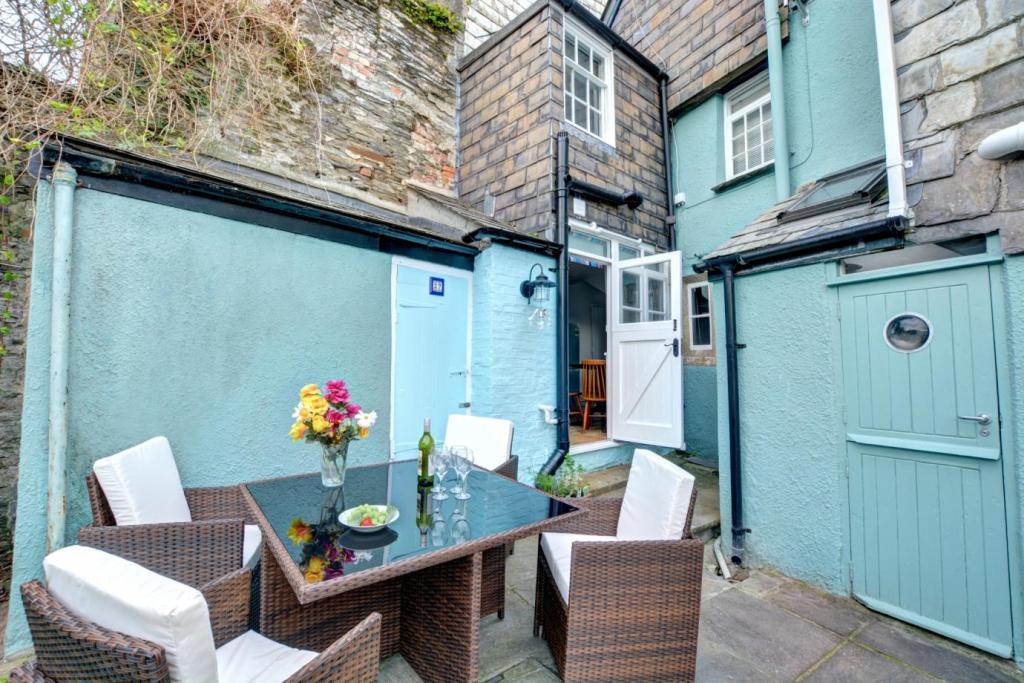 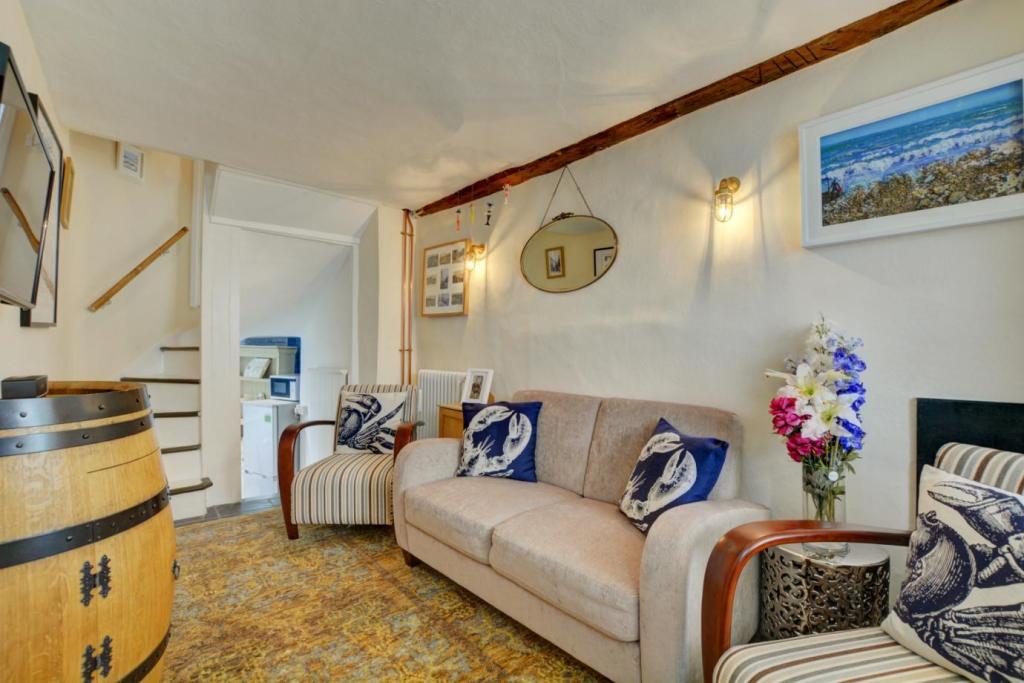 Elsewhere, the new occupant will find a white-tiled bathroom and two bedrooms.

The master boasts white floorboards and thick beams, which arch over the bed.

Space is at a premium in the very narrow second bedroom.

However, twin beds have been slotted in alongside each other, with the headboards against a small window.

"The property offers modern conveniences without taking the charm and period features away," they said. 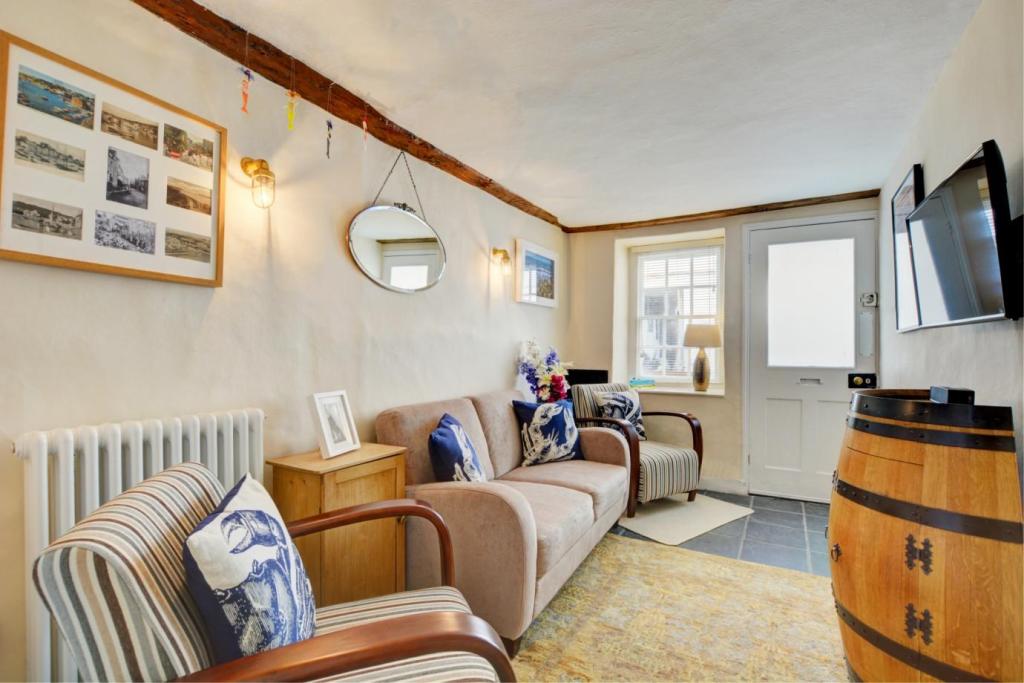 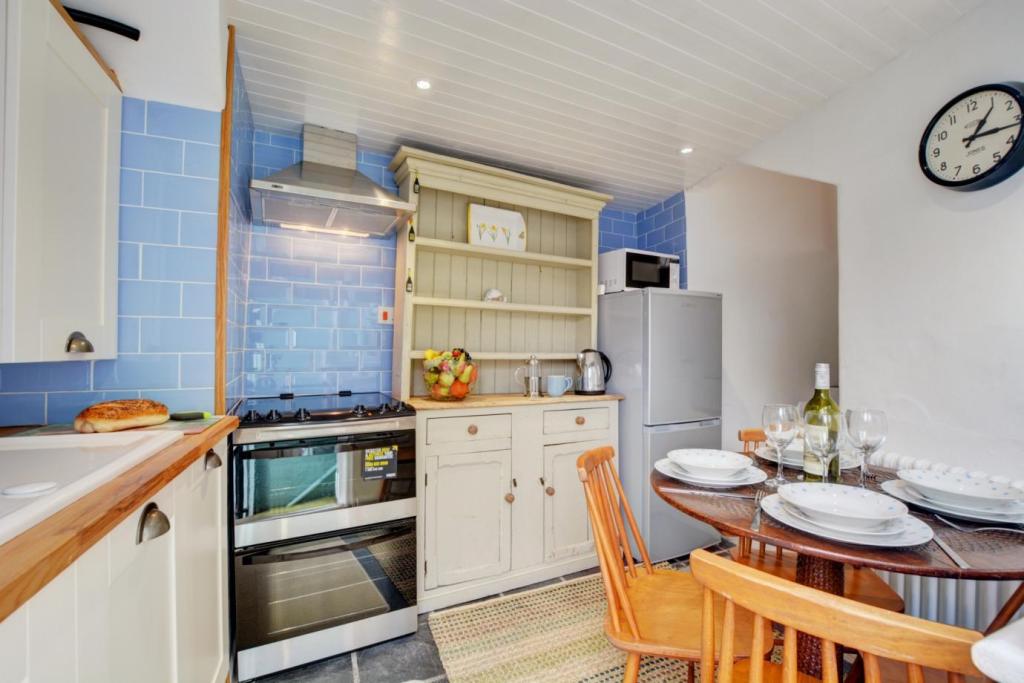 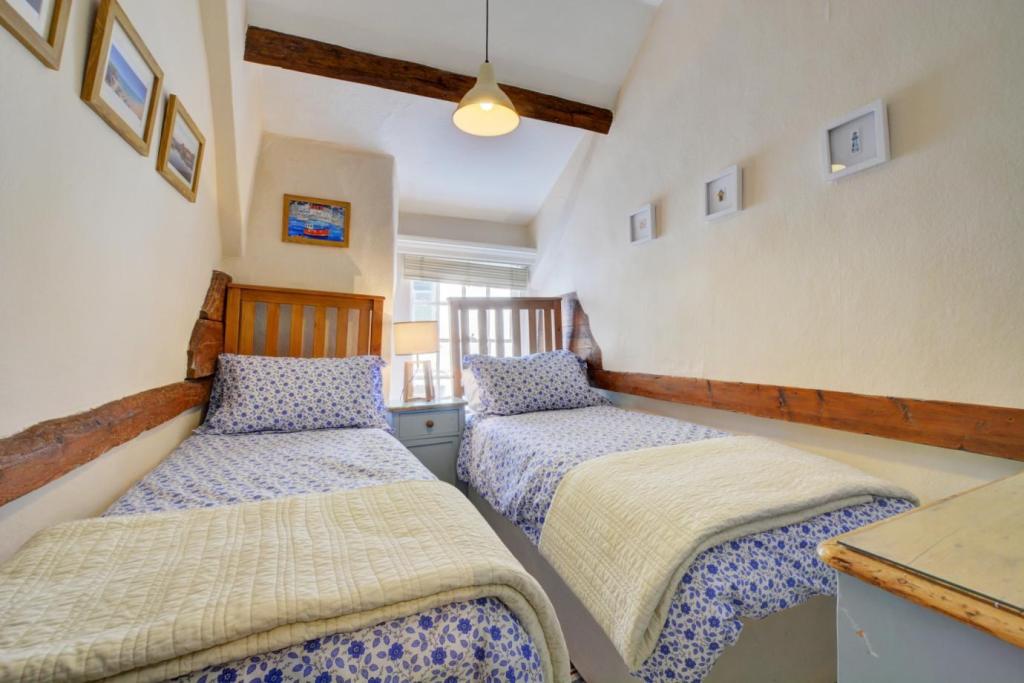 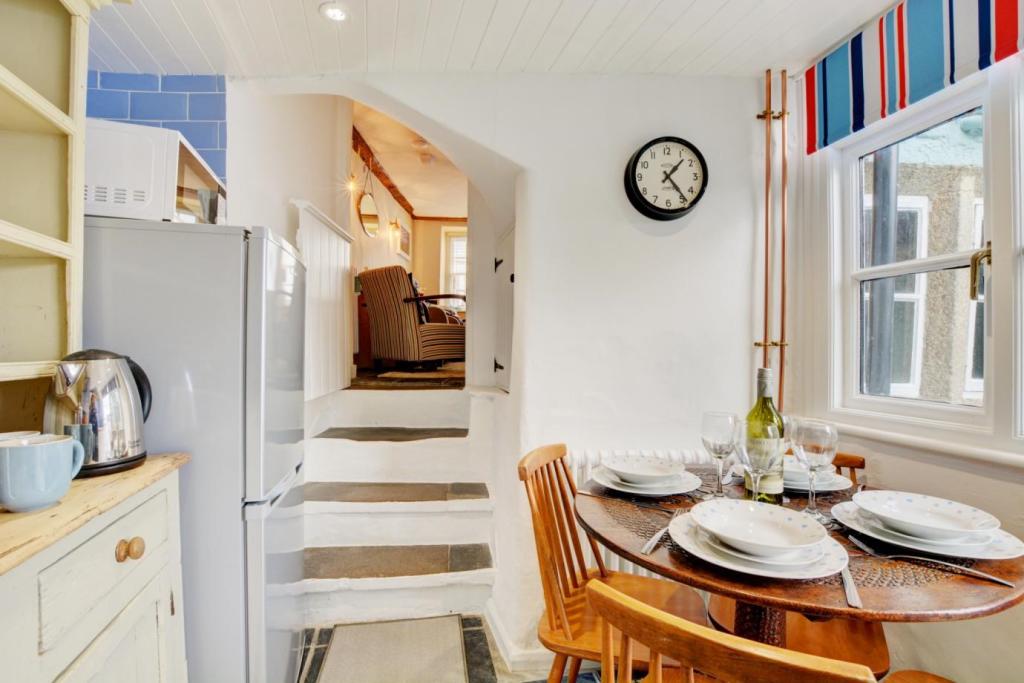 "These include beamed ceilings and deep window sills, eco heating and a sunny courtyard."

Padstow is a hugely popular holiday destination – and it's recently hit the news thanks to visits from a visiting walrus called Wally.

He could prove to be a bigger attraction than TV chef Rick Stein’s famous restaurants – which have seen Padstow dubbed 'Padstein'.

The town's slender home may attract a huge amount of interest – but last summer, two even slimmer properties went on the market.

Because of its London location, the home – converted from a derelict workshop – was priced at a whopping £700,000.

At the same time, a narrow house in West London went on sale for £1.9million.

Amazingly, the property is even tinier.

It measures just 7ft 9in – but still had space for two bedrooms, two bathrooms and even a mini study thanks to its “meticulous Scandinavian design”.

The Victorian property has windows on three sides and is capped by a giant skylight which allows sunlight to reach the ground floor.

The house’s footprint is roughly triangular, with the front much wider than the rear. 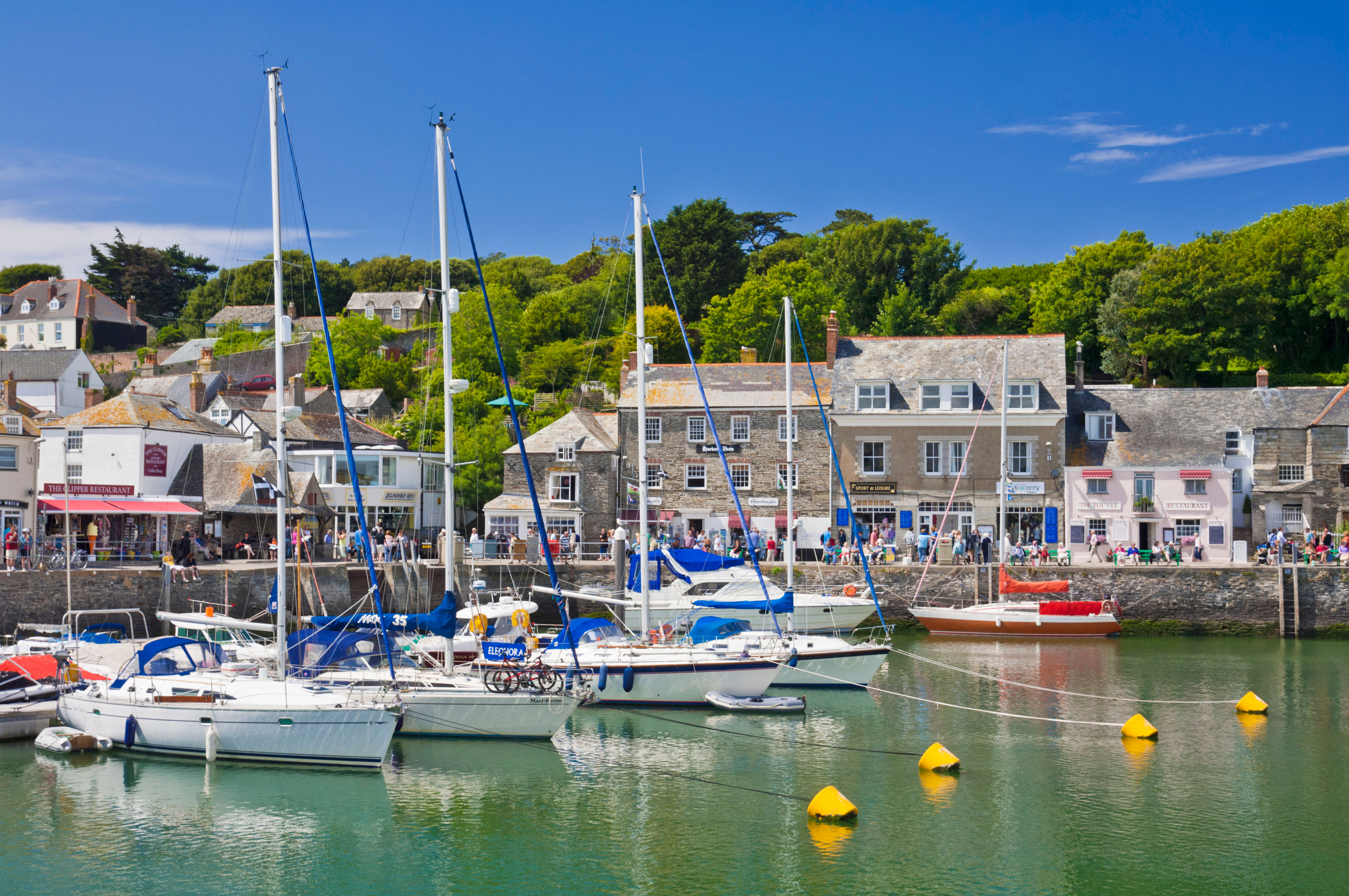 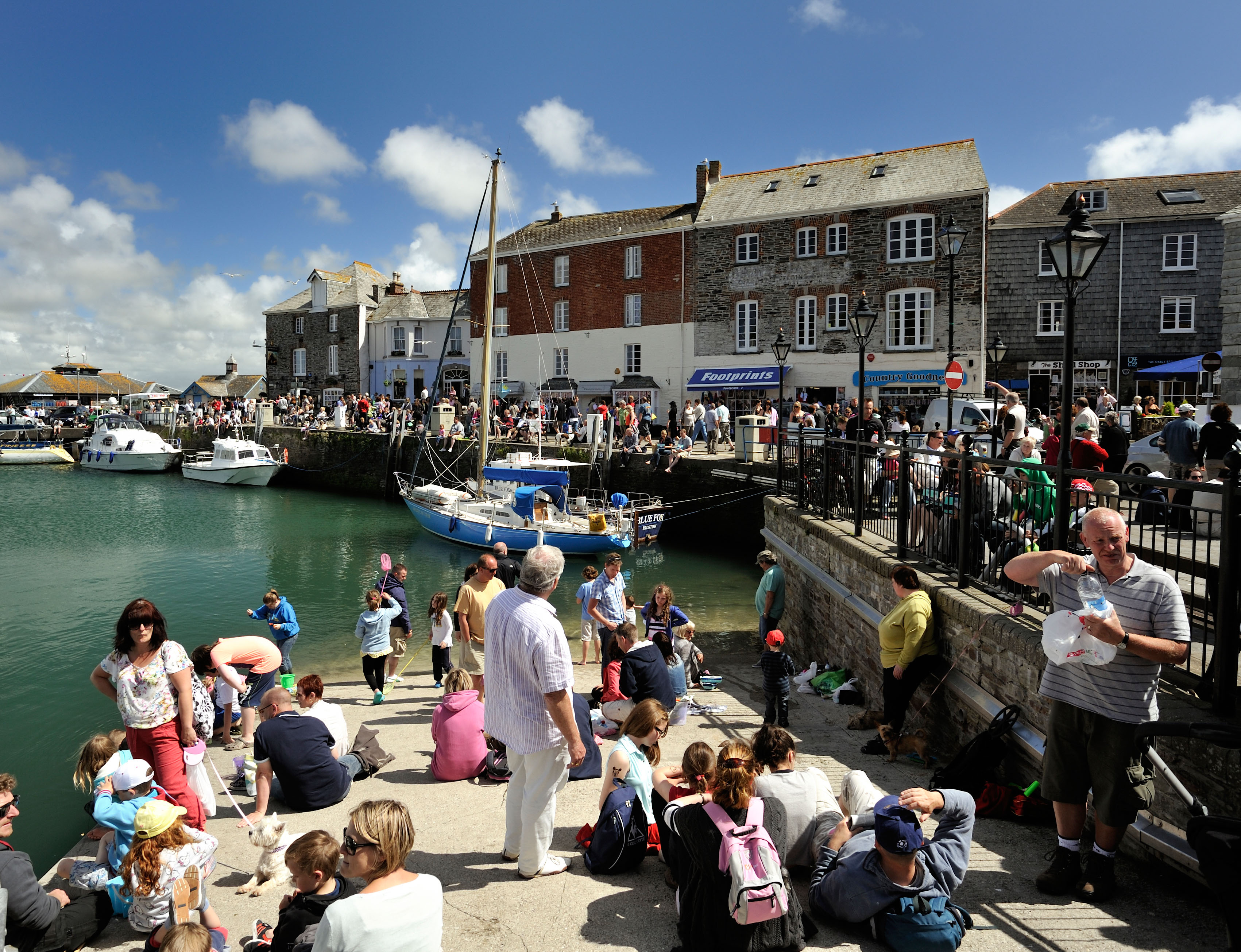