Disney might regret revealing cast members of its upcoming live action film The Little Mermaid, as fans on Twitter have proven to have a lot of thoughts about who should play each fictional character.

Halle Bailey, a 19-year-old black actress, was the first person announced for the upcoming live action after earning the coveted role of Ariel.

This then sparked a debate online not only about Halle landing the role, but also about who should star alongside her playing Prince Eric and Ursula. 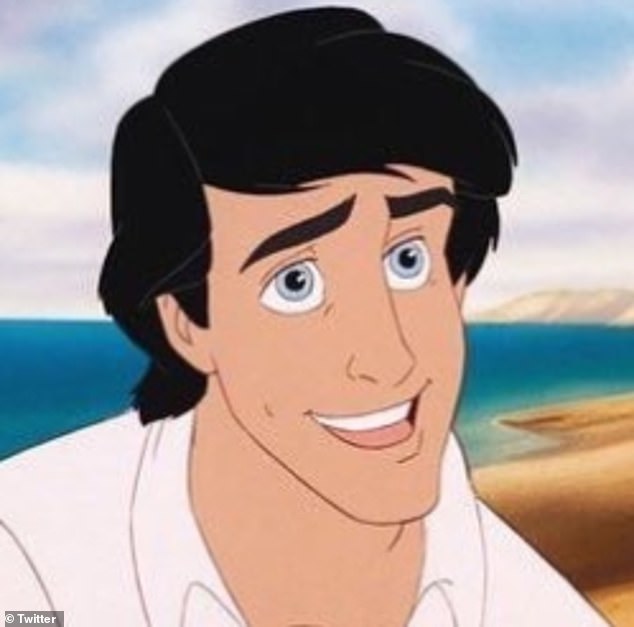 Opinionated: Debates started about casting for The Little Mermaid after Disney announced actress Halle Bailey would play Ariel, with some people stating who they want for Prince Eric 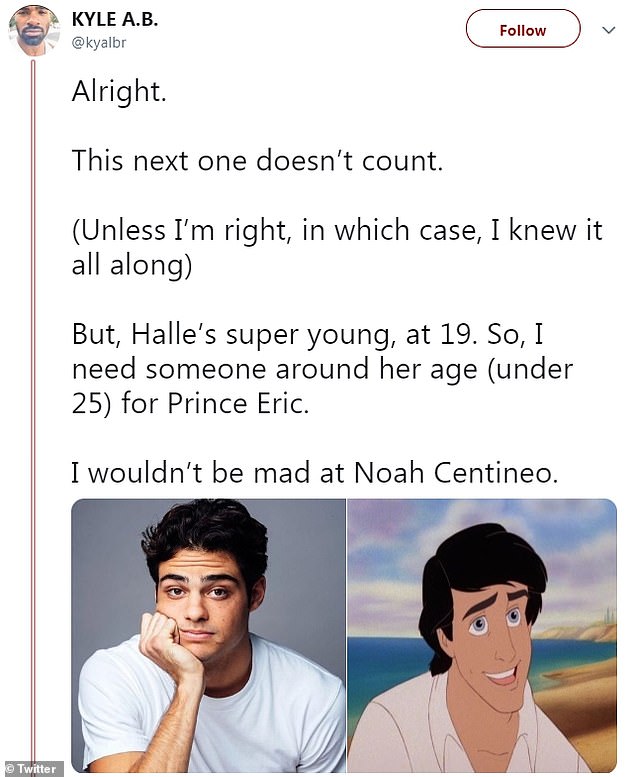 One choice: Someone threw actor Noah Centineo into the mix to pay Prince Eric given his looks and his age 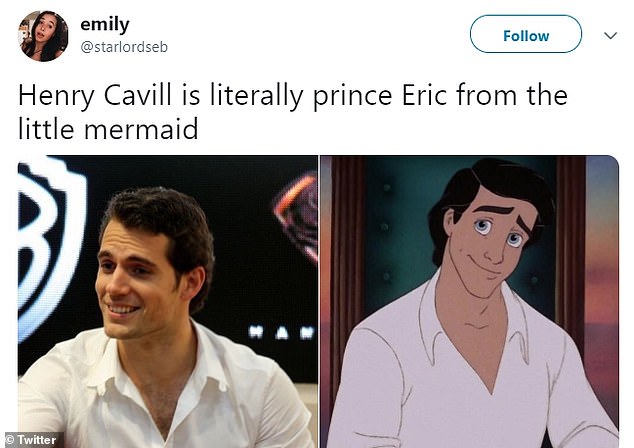 Lookalike: Another person said Henry Cavill should be the choice because he looks like the fictional character. But Disney proved looks won’t be the only thing considered for the role 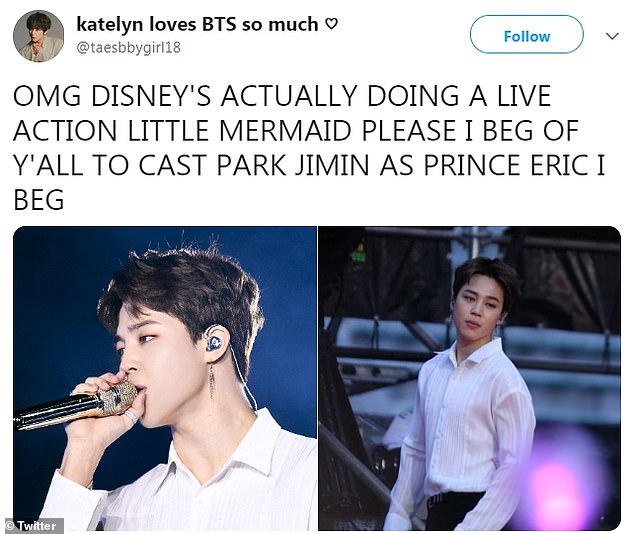 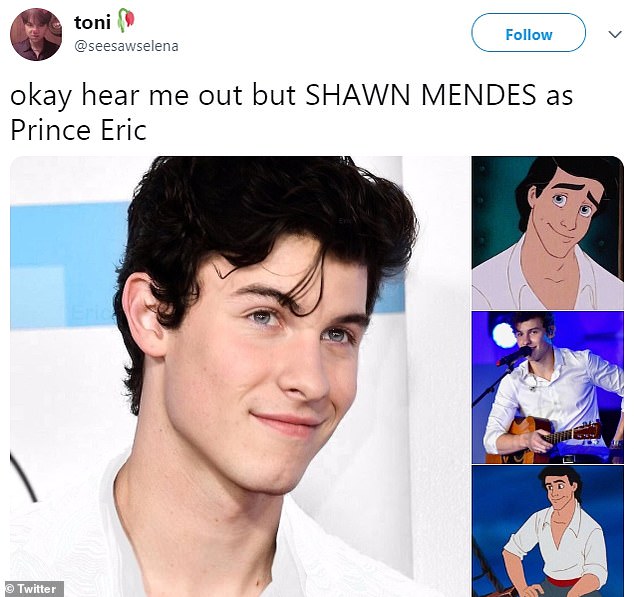 Identical: Another option people tossed out was letting singer Shawn Mendes test out his acting chops in the new live action film

People on Twitter used this debate as an opportunity to toss in who they thought should play the handsome Prince Eric, with the answers ranging from singer Shawn Mendes to hilariously actor Steve Buscemi.

One fan decided to make their Prince Eric pick based on Halle’s young age.

Noah, 23, gained notoriety last year after appearing as a teen heartthrob in multiple Netflix films, including To All the Boys I’ve Loved Before. He will hit movie screens for the upcoming Charlie’s Angels film, but Noah might also have time to be Prince Eric if he were chosen.

Korean pop band BTS also received some attention by fans who thought member Park Jimin would be an ideal choice for the fictional character.

Nyle personally threw himself as an option into the ring by sharing a picture showing how he also looked like the fictional character. He rose in prominence after appearing on America’s Next Top Model in 2015 as a deaf model.

The actor has gone on to appear in multiple acting roles, such as Station 19 and Difficult People, and thought he could maybe extend the diversity in The Little Mermaid.

‘DEAF Prince Eric or nah?,’ He wrote on Twitter, which was met with praise and excitement from fans who thought he would be a good choice.

But looks alone will not land someone the role to play Prince Eric, as Disney proved it was not looking solely to match a person’s looks exactly to that of the fictional character.

These people joked about how they would love to see comedian Jerry Seinfeld, Steve Buscemi or even Paul Giamatti play Prince Eric for the live action. 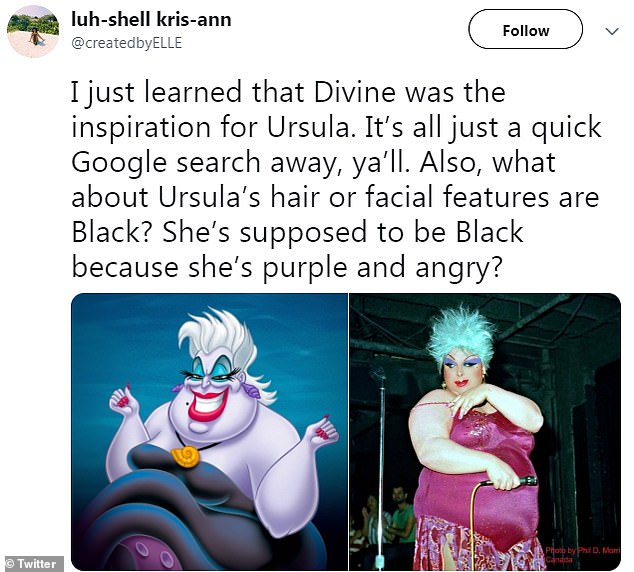 Lots of thoughts: The person who will play Ursula was also a subject for debate online. The fictional character was first inspired by drag queen Divine 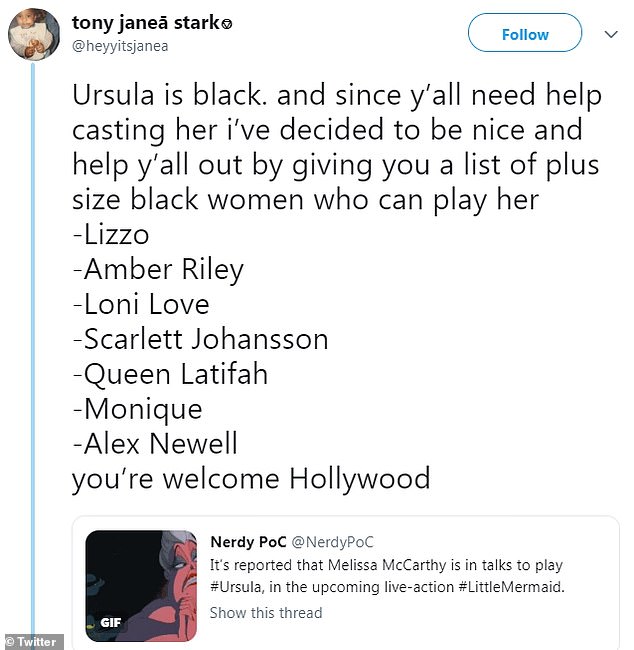 Having a say: One person thought Ursula should be played by a black woman 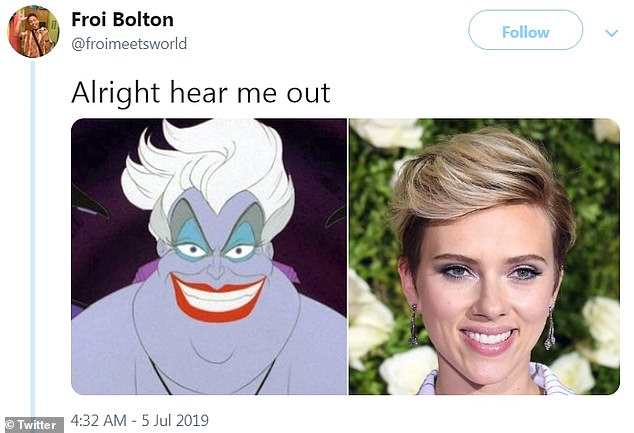 Serious? There was one fan who joked Scarlett Johansson could play ever role in The Little Mermaid, such as the role of Ursula 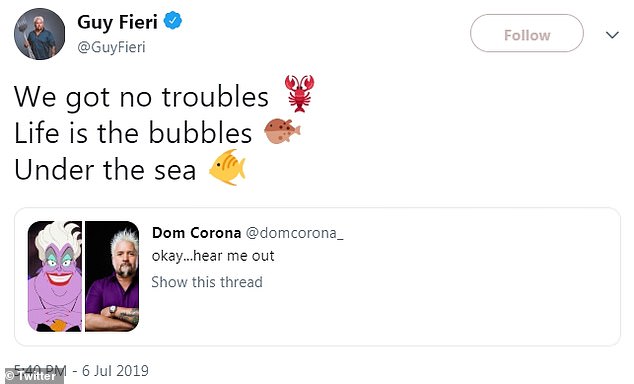 Funny: But there were also a couple of joke tweets about who should play the villain, including one about chef Guy Fieri 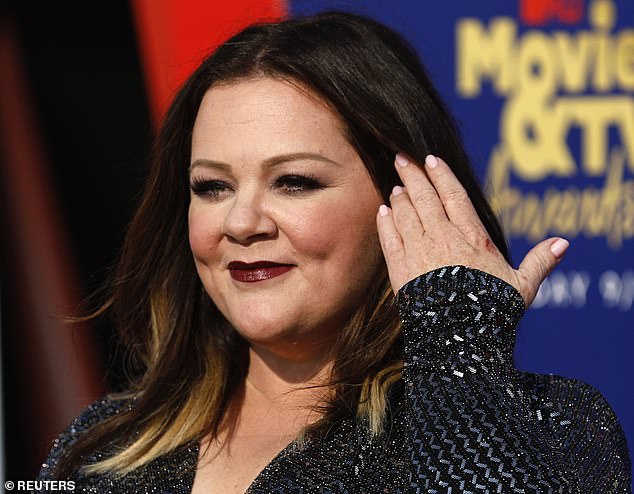 Future Ursula? Despite speculation and suggestions from fans, Melissa McCarthy (pictured) is reportedly in talks to play the coveted role of Ursula

Fans of the Disney movie also debated who should play villain Ursula, whose fictional character looks from the first The Little Mermaid was originally inspired by drag queen Divine.

Melissa McCarthy was reportedly in talks with the studio for joining the cast as Ursula, but some people believed the role should be portrayed by a black woman instead. 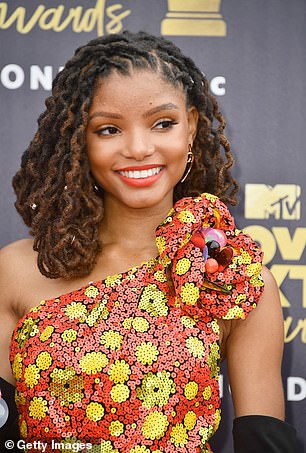 Meet Ariel! Debates about the The Little Mermaid cast heated up after it was announced Halle would be playing Ariel. Trolls online attacked the decision because of her skin and hair color

‘Ursula is black,’ one person tweeted. ‘And since y’all need help casting her I’ve decided to be nice and help y’all out by giving you a list of plus size black women who can play her: Lizzo, Amber Riley, Loni Love, Scarlett Johansson, Queen Latifah, Monique, Alex Newell. you’re welcome Hollywood.’

The commenter included some joke additions, such as Scarlett Johannson, in the suggestion.

Lizzo, herself, has expressed interest in the role as the villain from the hit Disney film. But it remains unclear if movie executives are taking any of these suggestions seriously when casting the live action film.

Debates about the movie first heated up after it was announced Halle was taking on the role of Ariel.

Halle, who is a black actress, sparked controversy among some trolls online who wanted the actress to look exactly like the fictional character. There were people who viciously attacked Halle for not having red hair or white skin.

Supporters of the decision were quick to point out, though, that Ariel being a red-headed white woman was not essential to The Little Mermaid plot. This gave executives, in fans opinion, the opportunity to pick actors based on talent over looking exactly like the fictional character.

Disney-owned cable network Freeform was quick to defend the decision for casting Halle in the role.

‘The character of Ariel is a work of fiction,’ the network wrote in a lengthy letter to fans. ‘So after all this is said and done, and you still cannot get past the idea that choosing the incredible, sensational, highly-talented, gorgeous Halle Bailey is anything other than the INSPIRED casting that it is because she ‘doesn’t look like the cartoon one,’ oh boy, do I have some news for you…about you.’

Heated debates over character decisions might continue in the coming months as more cast members are signed on with the film.

Across the country, Canadians are being asked to make drastic changes to their lives in a bid to contain the