A Voice to Parliament would have no veto power over parliament or executive government, according to new advice released by eight of Australia’s most respected constitutional scholars.

Those same legal experts also recommended a new chapter be inserted into Australia’s Constitution and confirmed that the proposed Voice would not confer anyone with “special rights” under the Constitution. 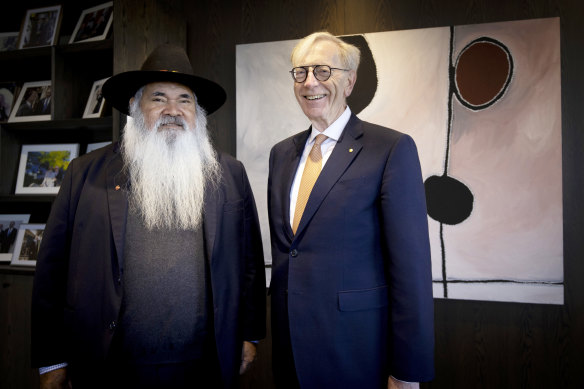 Prime Minister Anthony Albanese’s proposal that three sentences be added to the constitution in a referendum to be held in the second half of next year prompted former prime minister Tony Abbott to warn that the Voice delegates could be empowered by the wording to veto decisions made by the parliament.

A number of Liberal MPs including senator Jacinta Nampijinpa Price have criticised a lack of detail about how the Voice would work while the Nationals have vowed to oppose it.

But the eight law professors and justices that comprise the referendum’s “Constitutional Expert Group” – including Kenneth Hayne, Megan Davis, Noel Pearson, Asmi Wood, Anne Twomey, George Williams, Greg Craven and Cheryl Saunders – said the draft amendment makes clear the Voice would only be able to advise the parliament and the executive government.

It would be “empowered to make representations to the parliament and the executive government about matters, including existing or proposed laws, policies or decisions that have a connection to Aboriginal and Torres Strait Islander peoples”.

“The draft provision does not in any way provide the Voice with a veto power over the functions or powers of the parliament or the executive.“

The constitutional expert group suggested the draft could be altered to explicitly state that parliament has the power to confer additional functions on the Voice.

The advice from legal experts was released on Monday following a meeting of Indigenous Australians minister Linda Burney, Attorney-General Mark Dreyfus, Special Envoy for Reconciliation and the Implementation of the Uluru Statement from the Heart Pat Dodson and the 21 member referendum working group, which consists of some of Australia’s most respected Indigenous leaders.